Can anyone tell me what insect this old egg pod would belong to? Found it in cavity of exterior wall, want to see if I should investigate further 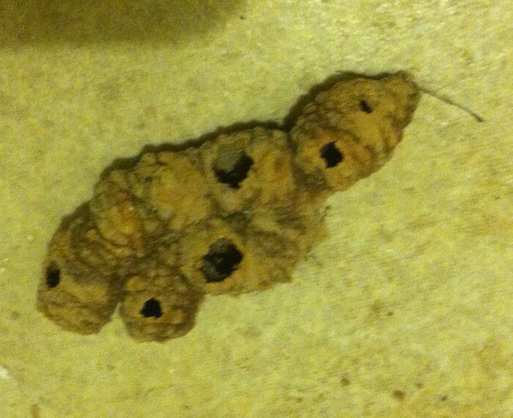 Looks to me like a mud dauber wasp nest, not egg pod. Mostly harmless to your house, though the nest may trap a bit of moisture; you could knock the nests off during the winter if so inclined, or when they'te no longer occupied. Mostly harmless to the occupants too; these are fairly polite wasps.

I think it is on topic as the OP said worried about dammage. If you are in the U.S. most counties have an extension office or extension service office. (That’s what they call it here anyway). I have taken both plants & critters I could not identify. The plant turned out to be a poisonous broad leaf plant (they came out and killed the plants for free). The bug was a type of boring beetle not native to this area and they came out and put up a bunch of traps in the area that I found it in and arround the neighborhood, again for free. I recieved a letter about 6 months later saying the beetle could not survive our winters and they had identifyed the truck it came in on from Mexico.

4
What should I do about a gap between hardwood and drywall?
1
What type of snake is this?
3
How to find where the slugs are coming from?
3
Do I still have a mouse problem?
1
Rat mite infestation
1
Should I get rid of a small wasp nest?
1
Is this a wood destroying insect?
0
Raised black line in basement drywall
3
Eliminating moth flies (and larvea) of unknown origin found mostly in kitchen