Bought my house back in August. Have finished everything upstairs, so it's time to finish the basement. It has a fixed ceiling already with 3 lights. 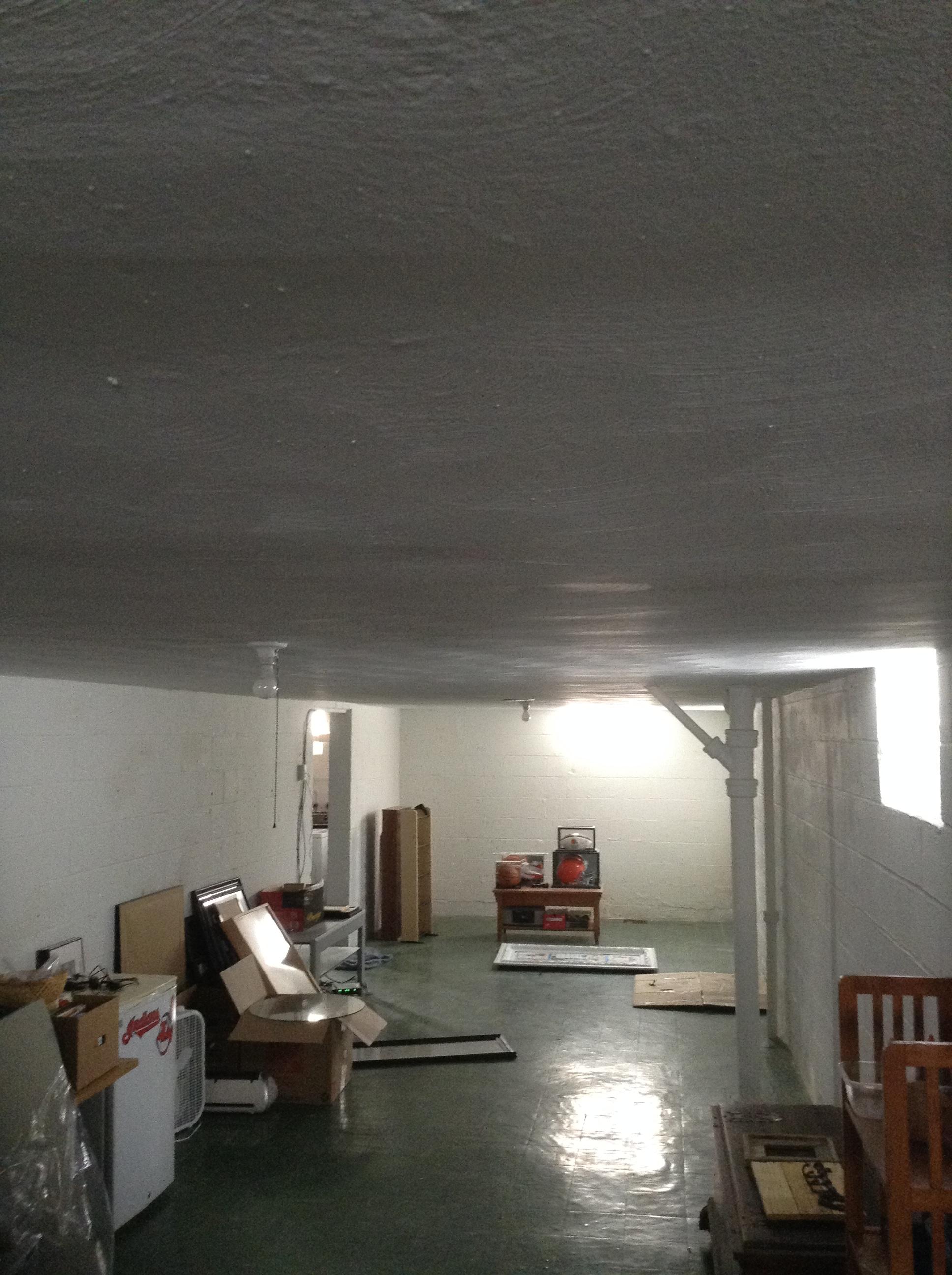 Two lights have pull chains and one (which you can't see but is directly to the right of the picture) turns on with a switch at the top of the stairs. My plan was to put a few recessed LED lights down there strung together connected to the switch. Since the ceiling is fixed, I will have to fish the wiring to the left to the other side of the basement where there is no fixed ceiling.

Any better light suggestions? I thought maybe using rail lights, but the ceiling is only 7 ft high.

Recessed fixtures would seem like a perfectly good option, since they won't project down below the ceiling. If you wanted to get complicated (a bit of drywall work) you could actually bump them up into the ceiling a bit.

LED (generically) or "relatively efficient LED" more specifically without getting any more specific (it's a moving target anyway) is an excellent idea - you can light the whole basement on what one or two old-style bulbs took for power, and bulb replacement is a non-issue. Just do keep an eye on the lumens-per-watt figure - some are just selling not very efficient fixtures that happen to have LEDs in them in the hope that you'll see LED and ignore lumens per watt.

Given that you have the open side to fish to, I'd just wire them up and call it a day. If you also replace the switched fixture they'll connect to, you might consider dimmable LEDs (many are these days) and an LED dimmer. OTOH, if you can't think of a reason you'd want it dim/half-bright in the basement, leave the switch.

You may want to consider replacing those lights with a type that turns on and off via carrier current signalling on the power line. These have a switch for the light built right into the light unit and then the switch is replaced with a unit that can generate the codes on the power line to command the lights on and off. The advantage is that you can save yourself a huge pain of trying to re-do enclosed wiring.

I am not wanting to endorse any particular technology for this but you can research X10 and zWave.

Taller people will likely hit their heads on most fixtures with a 7 foot ceiling.

I would recommend wall sconces and table lighting.

A track light fixture would be potentially useful as long as it was not directly where someone may hit their head. But, with a low ceiling, track lights can't cast light far away without likely being in someone's eyes.

Recessed lighting may work, but with low ceilings the light won't have much chance to disperse. If you're considering recessed lighting I would look for a light planner online to get an idea of the number required to adequately light your space.

They come in LED and flourescent varieties.

If you want to have all lights switched you could use Michael Karas's suggestion of power line signaling or wireless switches.

Otherwise, get ready to get dirty fishing wiring into a closed ceiling.