Friends with electrical background could use some help. The top drawing was the original of how the electrical ran in my wall. The thing I messed up and did was not take a picture of the switch before I dismantled it. There was a jumper in the switch box, connecting what wires I don't know. This switch would only control the ceiling fan in our kitchen.

I went to rewire it, which is the new drawing, bottom version and now, the switch for the fan doesn't work, ceiling fan stays on unless you pull chains, and the switch now controls a switch box in my dining room for an outlet and the outside lights. Any idea which wires the jumper would have been for, I think that's all I need to right this ship. Or maybe it's more than that

Sorry, was hoping to post a picture. Original wall wiring was w/b from attic to outlet, w/b from outlet to switch, red, white and black out of switch to fan. Now, in the junction box in my attic, I have the original w/b from the outlet coming in to my junction box, connected to the w/b going to switch, then the w/b coming from switch to the red, white and black, connecting the black and red going to the fan with the black coming from the switch, and the whites connected together as well. My ceiling fan stays on, but not controlled by my switch. Instead, my switch controls another switch box in my dining room. I feel my mess up was not taking a picture of the original switch box, and that the jumper is the key to fixing this problem. I have some childish diagrams I drew and was hoping to be and to post those, but it doesn't seem like that's possible. 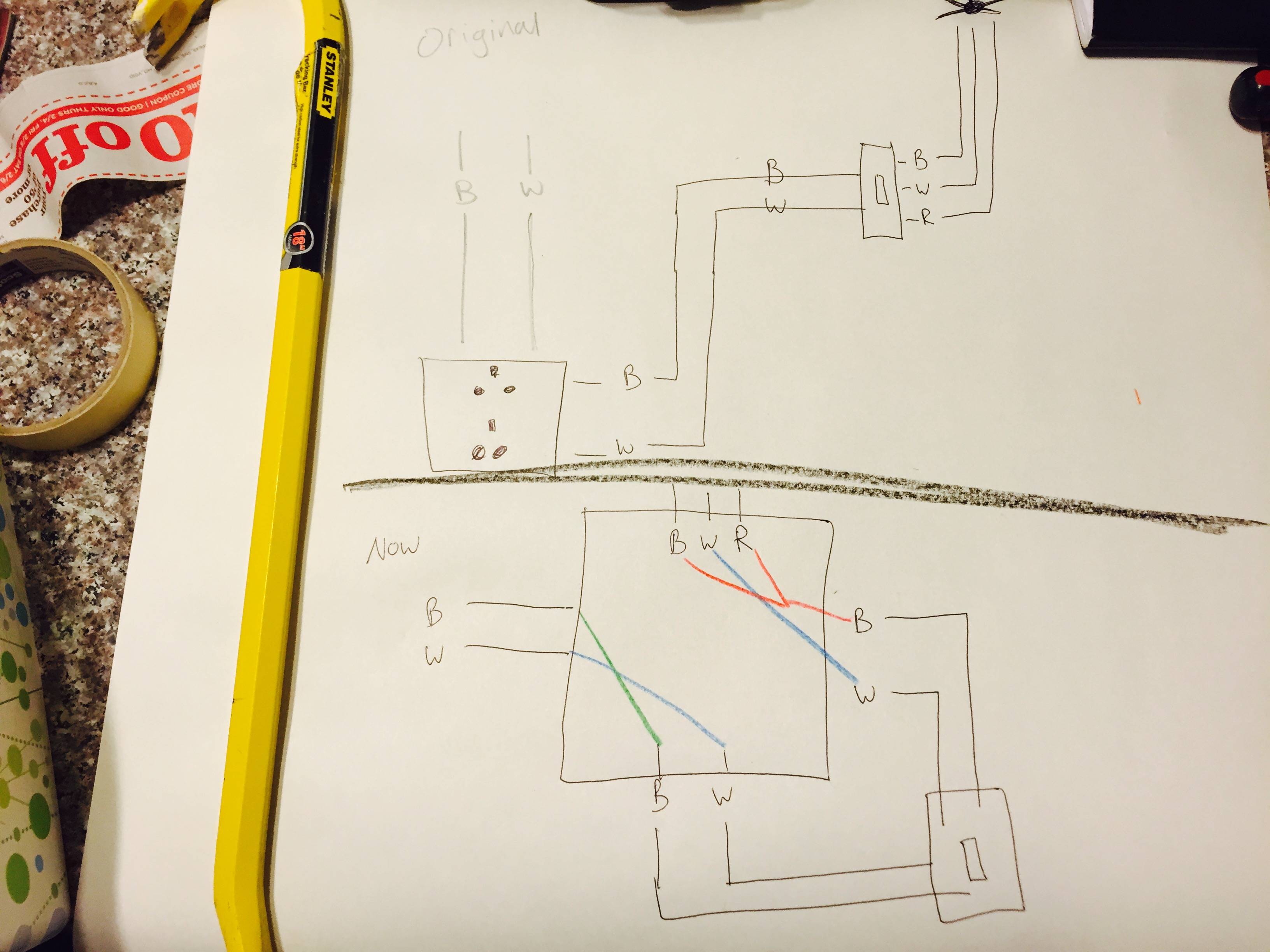 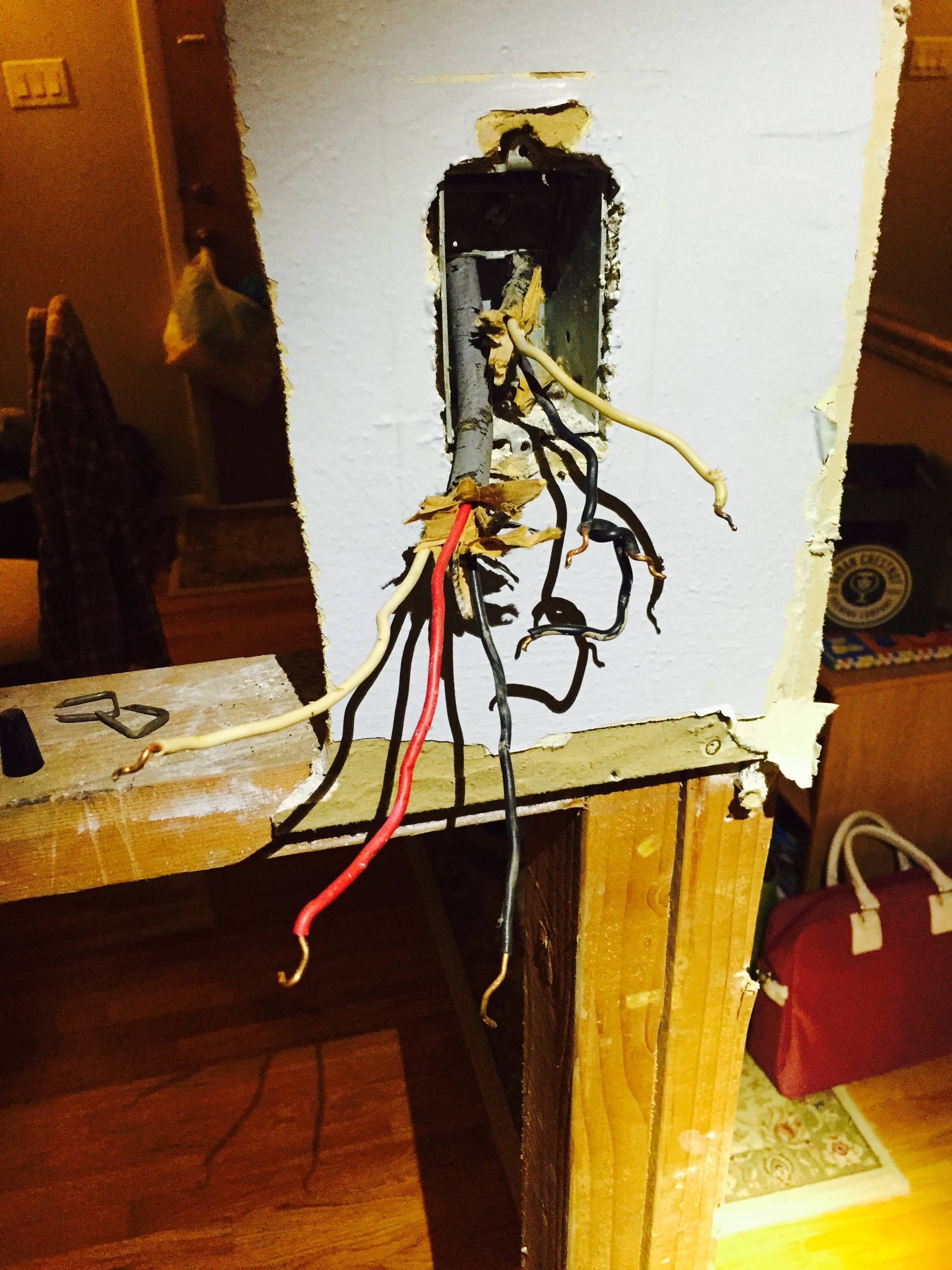 I think you have a hot-neutral reversal somewhere. You don't show it, but I'm going to assume that you have a ground wire in there somewhere. If you have a multimeter, the voltage between white and ground should be 0 (or almost 0, a couple of volts at most). If not, then you need to take apart all of the connections in the circuit and test each one to figure out where the reversal was introduced and fix it.