Is a sandwiched beam made out of 2x4s laid flat a suitable for a 15' span that doesn't carry a load?

After working to remove a wall that runs parallel to the ceiling joists, I've run into a little problem. The builder used a 2x6 for a nailer (to attach the ceiling drywall) on top of the 2x4 stud wall that I am removing. I can get this out but I'm trying to disturb the existing ceiling as little as possible so I was hoping to leave the 2x6 in place (I plan to frame out a beam across the space and am trying to avoid dumping the 18 inches of spray in insulation into my dining room).

My current plan is to create a beam out of the 2x4s in the top plate, adding one or two more as necessary and screwing them together... but I need to span just under 15 feet. The only load above is the roof/attic space (without storage). I have very little access to the attic space so was planning to use joist hangers to face-nail the sandwiched 2x4 beams on either end. As is, they run at the same height of all the other walls so without creating a post up against the walls, I see no other way to support the beam... and this wouldn't work anyway as one of the beams would go right in front of the window that I planned to put in. Things were going so well until today.

My question: Is a sandwiched beam made out of 2x4s laid flat a feasible solution for the span that I need? 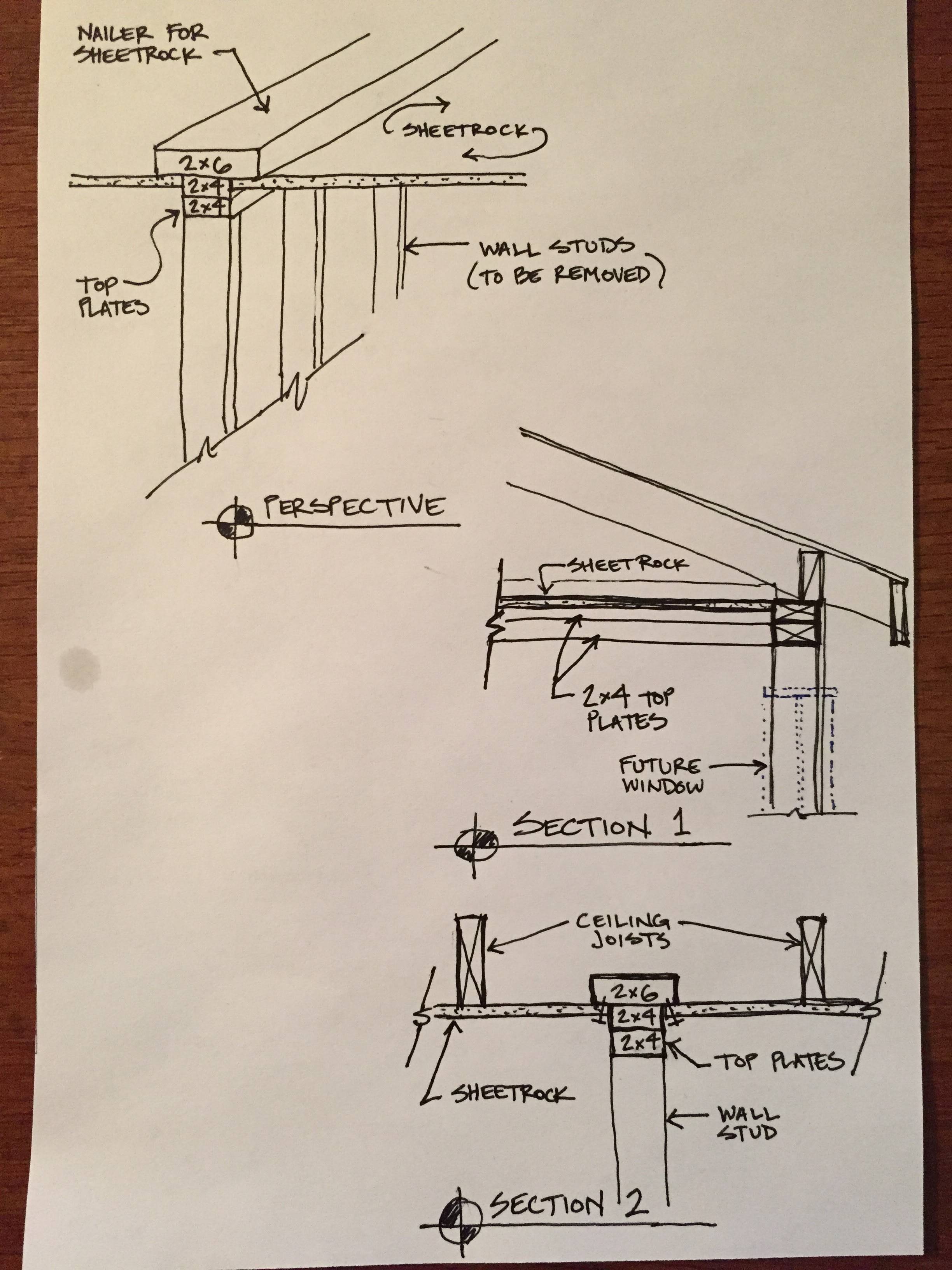 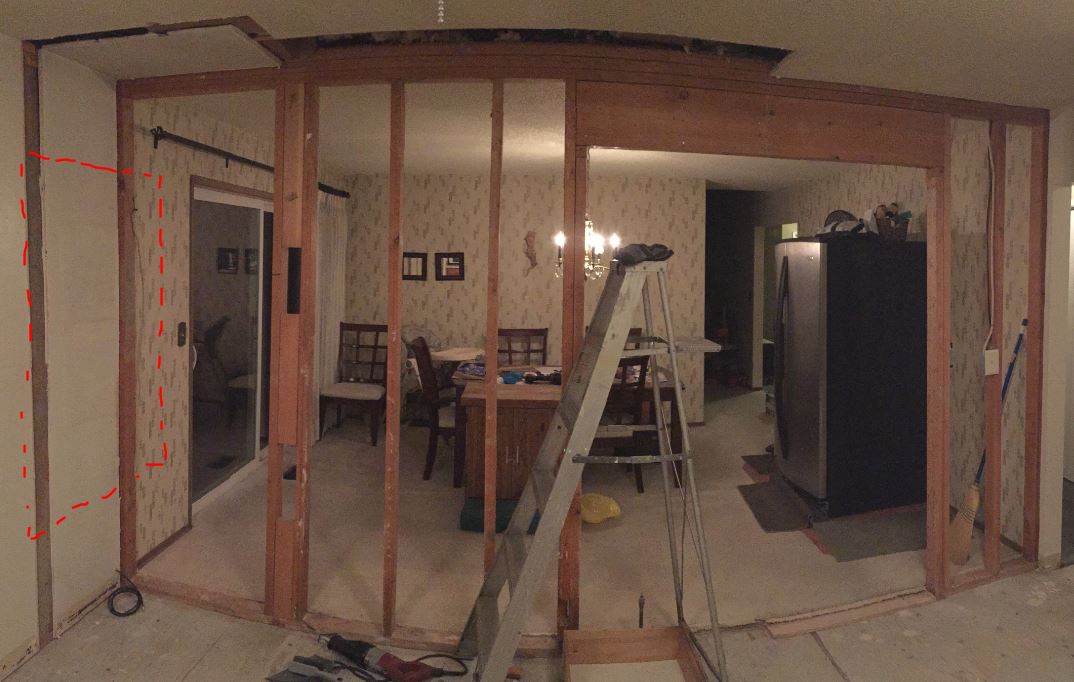 If you put a beam across the room you'll feel bad every time you look at it. if you have a flat ceiling, you'll feel proud.

Use joist hangers to put some 2x4s between the ceiling joists so that they pass just above the 2x6 (stuff's going to sag), drill through the top plate from below with a spade bit and screw the 2x6 to the 2x4s remove the wall and top plates patch and plaster the ceiling.

If you can't get into the ceiling to get enough access to fit the hangers you could just lay 2x4s across the top of the ceiling joists and use really long screws, or maybe even come through the roof with threaded rod.

Not the answer you're looking for? Browse other questions tagged structural remodeling beam or ask your own question.

0
Can I calculate beam size if I know length, and weight support requirements?
1
Should a board connecting a beam in the attic to a rafter be removed?
0
Post and Beam sizing for 10x10 shed workshop?
0
Can I Move Interior Load-Bearing Walls Without Changes/Additions to Beams/Piers/Foundation?
1
Strengthening existing 2x4 joists to create a mini attic
0
Reinforcing Truss-based Garage Ceiling
0
Is an 8" header adequate over a 10' nook in an exterior wall?