Fixing Animal Entry at the Roofline

After a raccoon finally left my attic, I had the roof repaired. The roofer pointed out a problem that has apparently existed since the house was constructed. As the first picture below shows, far back under the eve, there is a barely noticeable open spot. What I had thought were a lot of small twigs is actually chicken wire. Someone was obviously aware of the problem long ago.

The second picture shows more detail. Not only is this hidden area a nicely protected spot for an animal, there is an opening in the stucco on the wall. It looks as if it was too difficult for the builder to reach for him to be bothered with sealing it up. (It's too late to come to terms with the builder.) 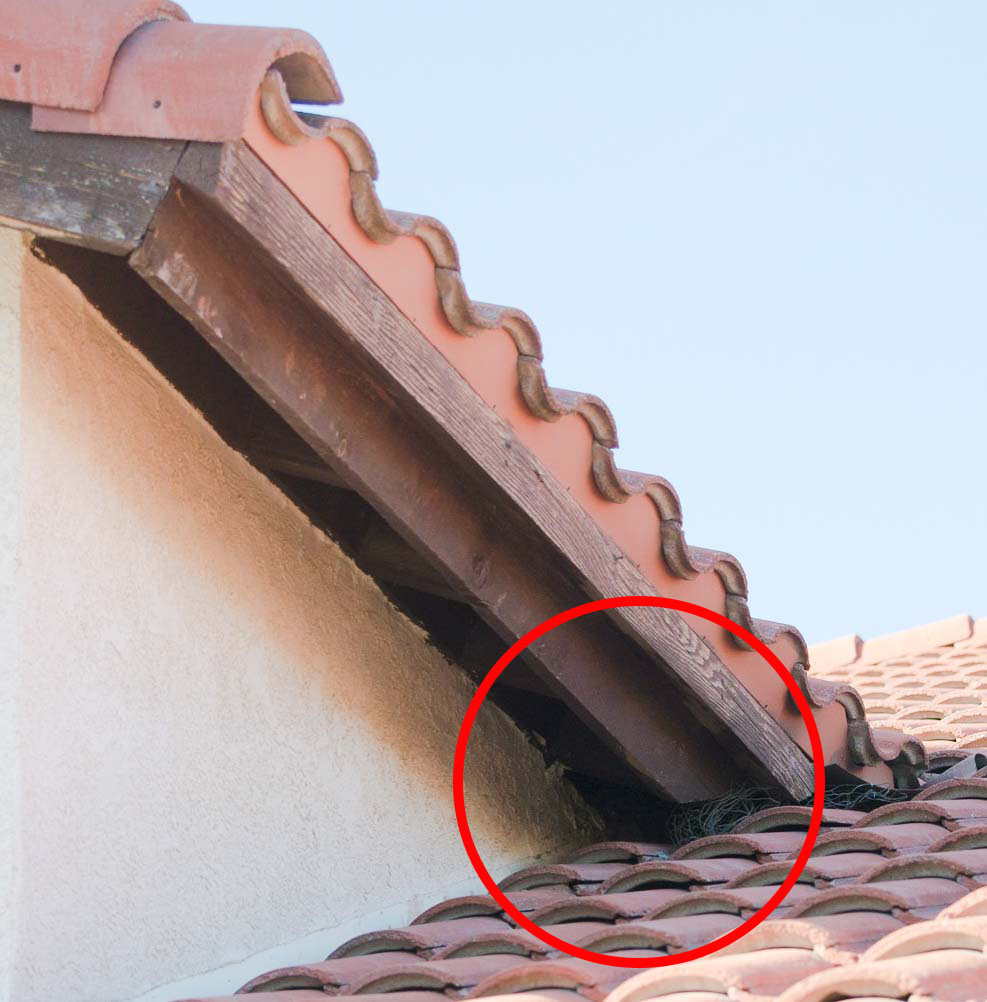 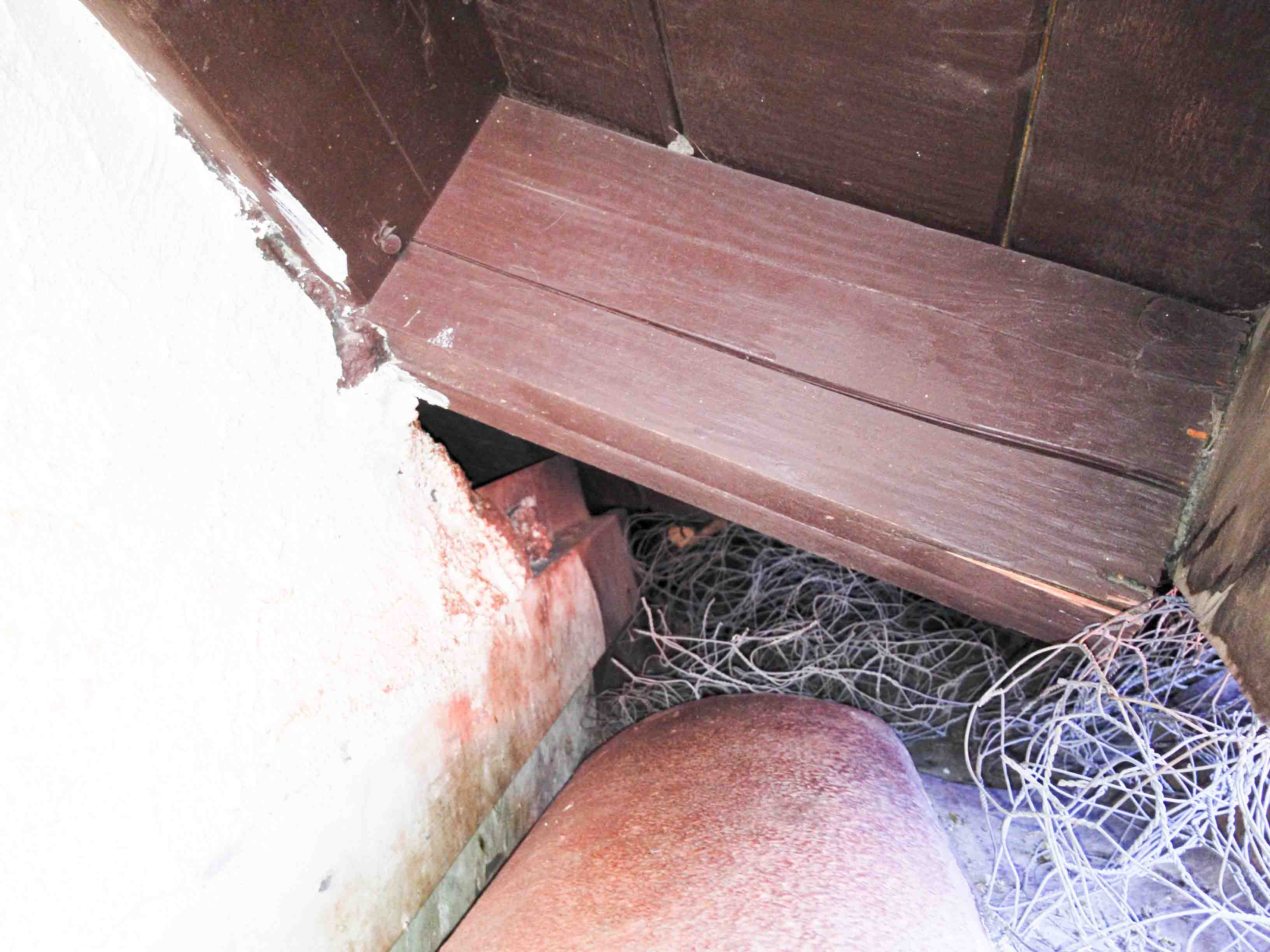 My question is how should I go about sealing this up? I'm not sure if I actually have to seal the wall. Generally, these attics are ventilated, so air flow shouldn't be a concern. (Am I wrong about that?)

I thought I might fasten a piece of marine plywood behind the blocking shown in the second picture, contouring it to follow the wall and the shingles to within about 1/2 inch, and then doing the same behind the fascia, meeting the first piece at a corner near the outer end of the blocking board.

I might laminate a piece of aluminum on the outside of both pieces. These raccoons can be persistent in getting back in. Of course, I would paint this all to weatherize it and to blend in.

Am I making this too complicated? What else can I do? I want to start with a good plan that can be accomplished without going up and down the ladder too many times. How would a professional do this if this was his own house?

The simplest and most secure repair to keep pests out is to use 1/8 - 1/4 inch hardware cloth sold at any hardware store or building supply warehouse. The smaller the opening the more critters it will keep out.

The hardware cloth is made of galvanized wire the size is measured by the opening size (1/4 inch is how big each opening is). Purchase 8 inches more for the size you want to cover. It fastens to any surface material with any type of fastener. It cuts with metal shears so you can contour it to any shape and once installed it can be painted so it is less noticeable.

I'd start by screwing it to the bottom edge of the 2 x 10 look-out (blocking) shown in the second photo. Then screw the left and right side to the rafter above the stucco wall and the fascia board/rafter respectively. You'll have to cut around the metal flashing on the left. Install a short piece of treated lumber below the 2 x 10 blocking so the bottom edge can be screwed into place.

The proper solution to this problem is good carpentry:

Not the answer you're looking for? Browse other questions tagged roof or ask your own question.

6
How do I find the source of the water leaking through the ceiling?
3
How do I fix a leaking skylight?
1
Mould on the inside of a bitumen corrugated sheet
4
How would a professional flash this?
0
Fixing (at least temporarily) roof damaged wooden beam (rafter?) in an outbuilding
11
Can I raise a sagging shed roof by winching the walls back into place?
0
Cracked rafter fix and loose truss plates
0
How to strengthen two joists that have had big sections cut out to make space for roller garage door