Light fitting with power but no 3-way switch function

I have a 3-way setup with one switch at the top of the stairs and one at the bottom for a light at the top of the stairs. It all appears to be wired fine and I have power and light but the switches are not working to turn the light off. Please can someone give me an idea where to check as I have triple checked all the wires now?!

The top switch has been wired with a black marked live wire which I have then wired into the light fitting with the other live wires.

I am not sure if this is to do with the switches, fitting or something more advanced? 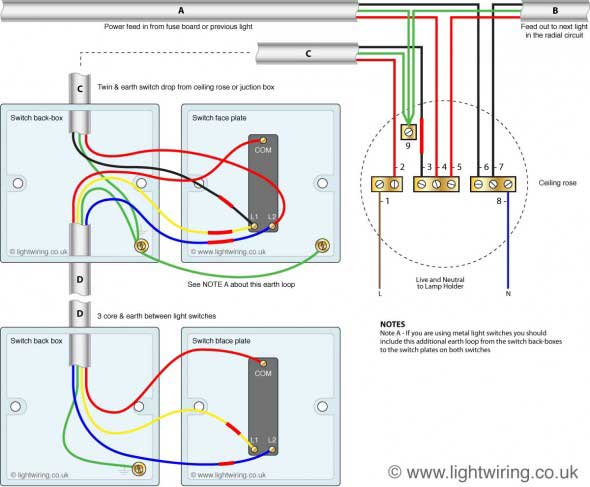 First, just to prevent any confusion, it's a "3-way" switch setup, not 2-way. 3-way switches take power in (or let it out) through a singular wire, which then is switched between two 'traveler' wires. It's referred to as a 3-way switch for the same reason as a 3-way intersection - there are 3 paths in/out of the switch.

Next, you need to ensure that the wires leading to and from your switches actually go to the light. This probably goes without saying, but if you've changed the light's wiring as well then that could be the issue.

However, the final solution will always come down to the wiring or the devices. The light itself does not control switching, so it is not bad. You might have a wrong switch, bad switch, or again just have some wiring incorrect. Follow this diagram below and it'll work: 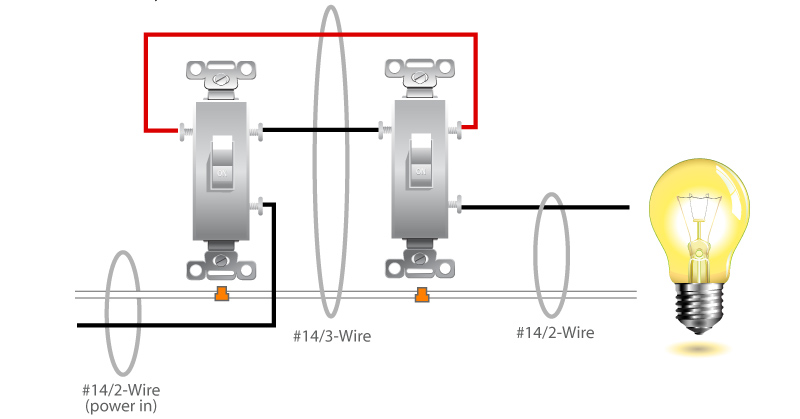 The diagram might not be the exact layout for your situation as the power could be coming in at the light or the light could be between the switches. Regardless, that would simply call for wire nut connections and it would still come out to this exact setup.