Why does my fan switch sometimes turn the lights off?

I recently undertook a small project replacing a single toggle light switch with a Z-wave enabled dimmer switch, which is also wired to a fan toggle (a knob with 3 speed settings) in a 2-gang case. The original switch and the fan toggle share a hot wire, which I had to cut and splice due to the way the builder had installed it originally (it was just a loop of exposed wire which wrapped around one of the switch's poles). Everything went pretty well (aside from the dimmable CFLs not being as awesome as I would like, but that's tangental), but sometimes when I turn the fan to a different speed, the lights will turn off, but the switch still has power as evidenced by the blue LED at the bottom.

Now, I've done a small bit of experimentation, and this seems to only happen if you turn change the switch rapidly from one speed to another. If you wait about 20-30 seconds between switches, it doesn't do it.

What could be wrong here?

Edit: More Relevant information. The Z-Wave dimmer is rather sensitive, so if it were to lose power for any period of time it would reset to off, which is probably what is happening here.

Pardon my poor diagramming skills, I was never any good at cad.

As you can see, the bottom wire was just wrapped around the bottom pole of the toggle switch, then ran into a wire cap, where it was connected with the fan toggle. 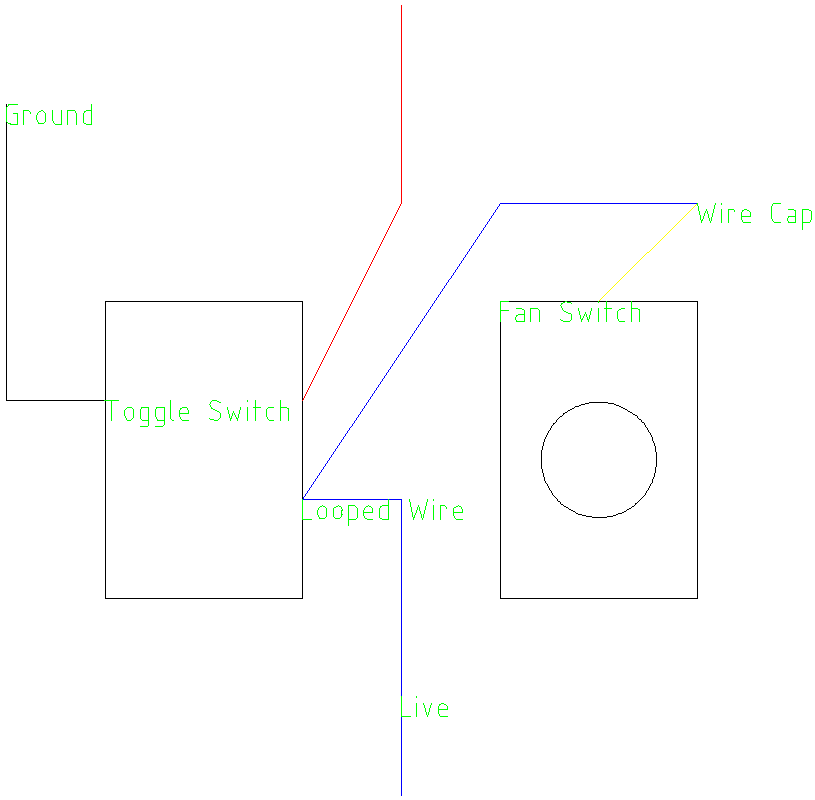 So, I cut the loop, and then twisted it together to splice the two wires together, so that I could also splice in the wire coming from the Z-Wave switch. 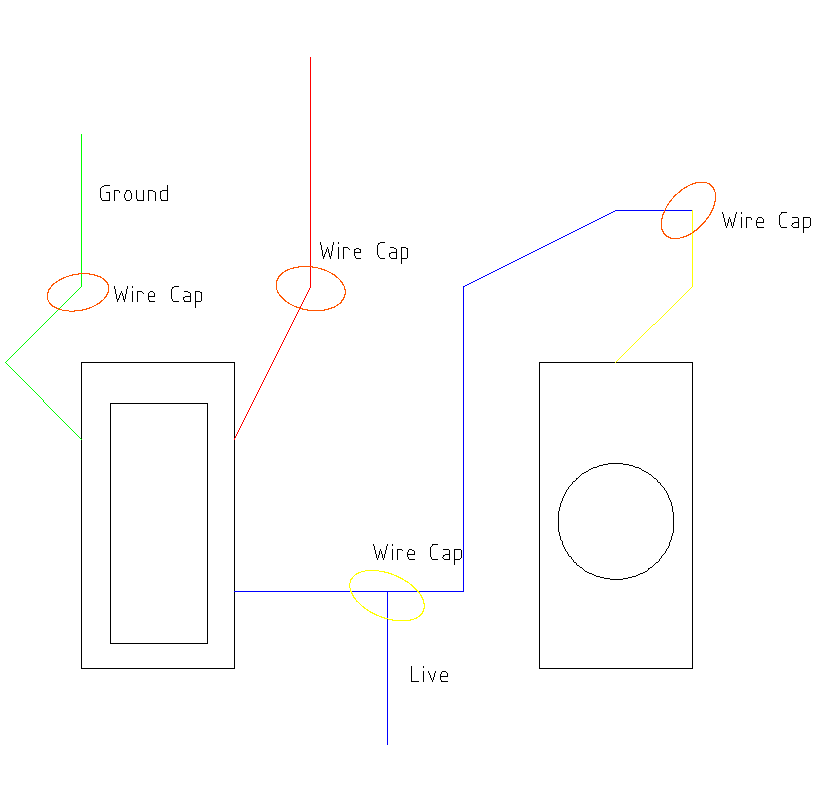 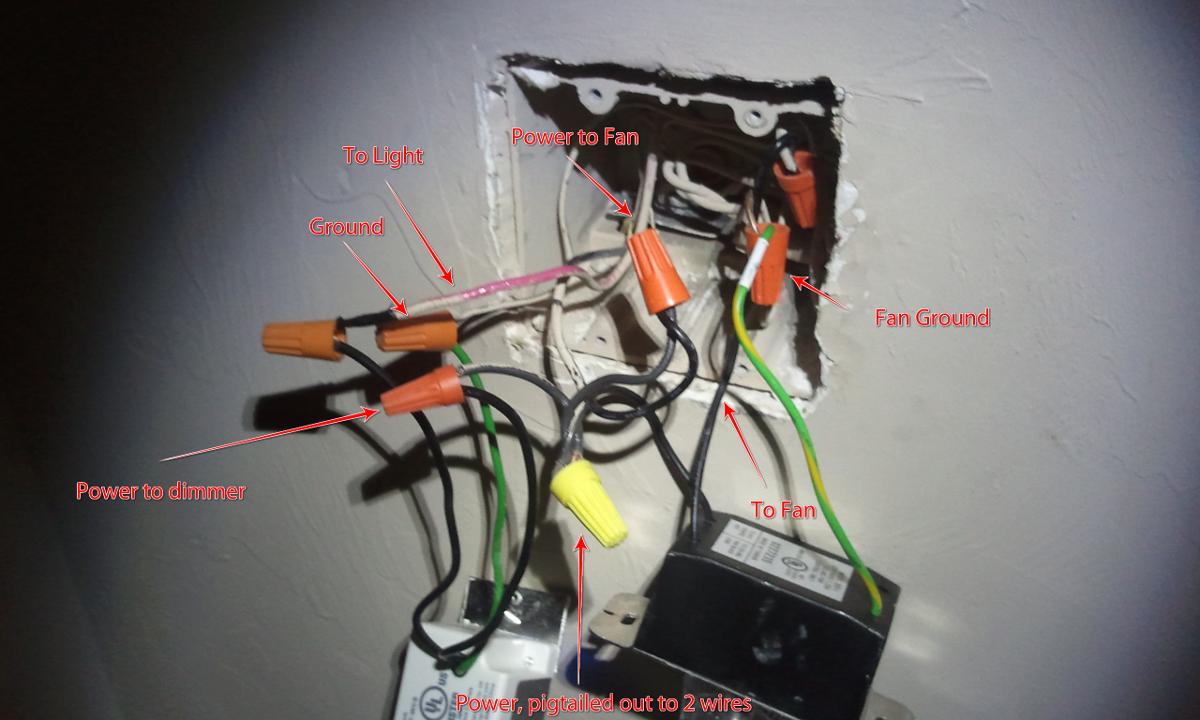 So here's what's going on in there.

Also, I took some voltage readings. When the Light is off, it is measuring 83v (which I think is normal for a Z-Wave switch, to power its wifi). When the light is all the way on, it reads 13v.

Your wiring looks okay (except for the redundant "power to dimmer" and "power to fan" wires -- as I commented, you don't need the extra pigtails, just connect the switches directly with one marette).

I can think of 3 possibilities: 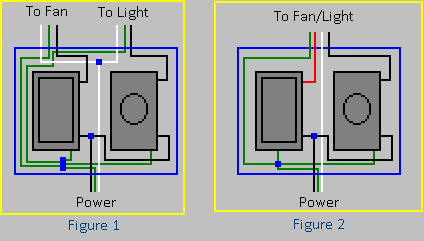 Once that is sorted out, you can start to diagnose your problem.

It may be possible that the dimmer has a protection circuit to protect it from voltage fluctuations, or some other internal circuitry that is sensitive to voltage fluctuations. If this is the case, rapidly changing the fan speed may be just enough to mess with it. This might be especially evident when going from [fan off] to [fan high], as motors tend to draw more power than other fixtures especially when starting.

Not the answer you're looking for? Browse other questions tagged electrical lighting ceiling-fan or ask your own question.