I finally got around to figure out the spot for a new transfer switch which I acquired some time ago, there aren't any choices since the transfer switch needs to be close to the meter. It is a small 5000 watts transfer switch (comes with relatives short wires), and it needs to be installed outside, and the only location outside would be on the same wall (exterior siding) whereon the circuit breaker panel hangs inside (interior of the premises). But then this wall (shown in the pic) is narrow and is sort of cramped and crammed with wires and stuff (socket meter nearby, conduits going up and down). The transfer switch in this case is a metal box hanging up on the wood sidings (the circuit breaker panel is right behind it. But I am not sure if this spot is ok, and what would be the requirement of clearances if any. 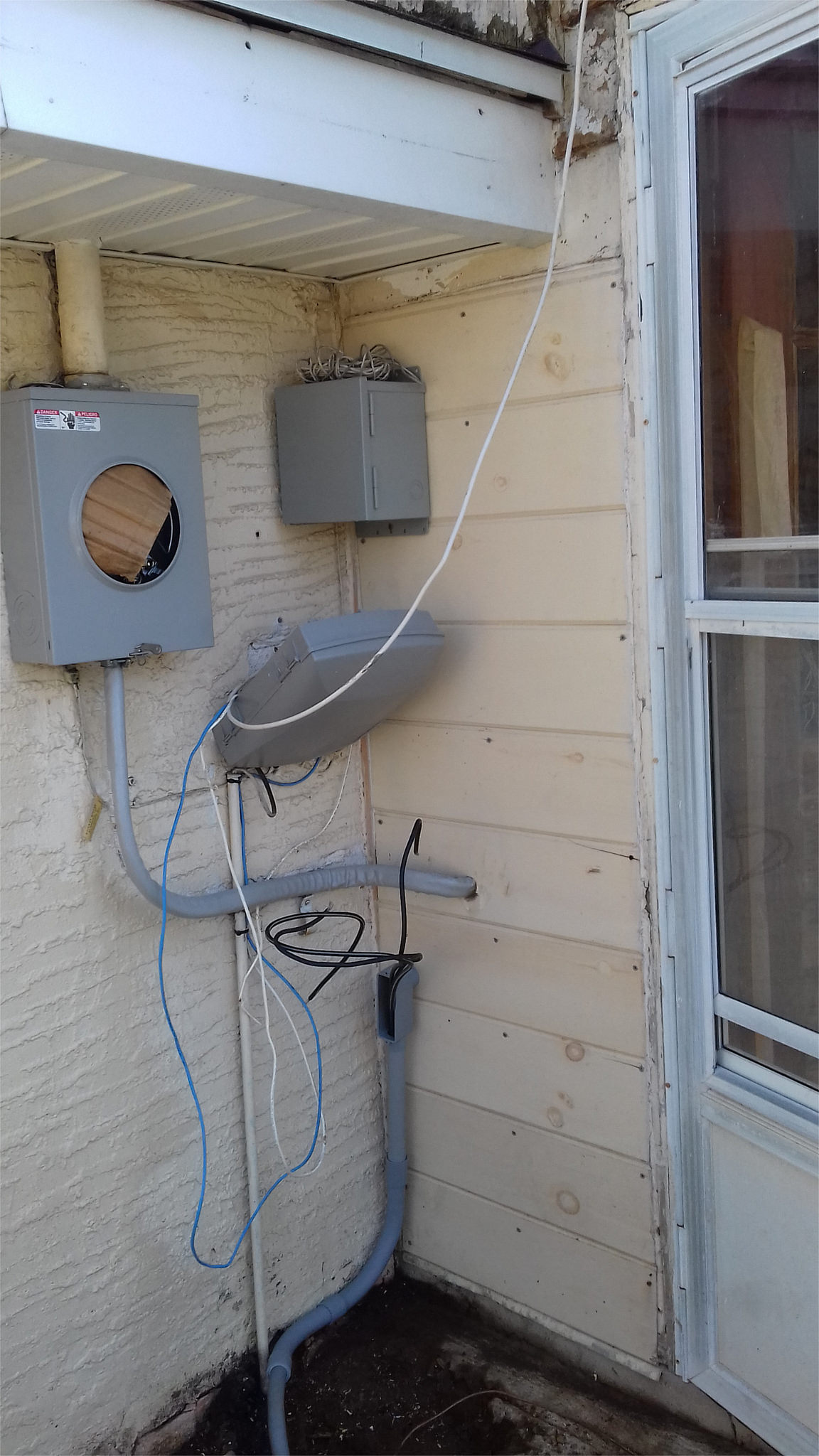 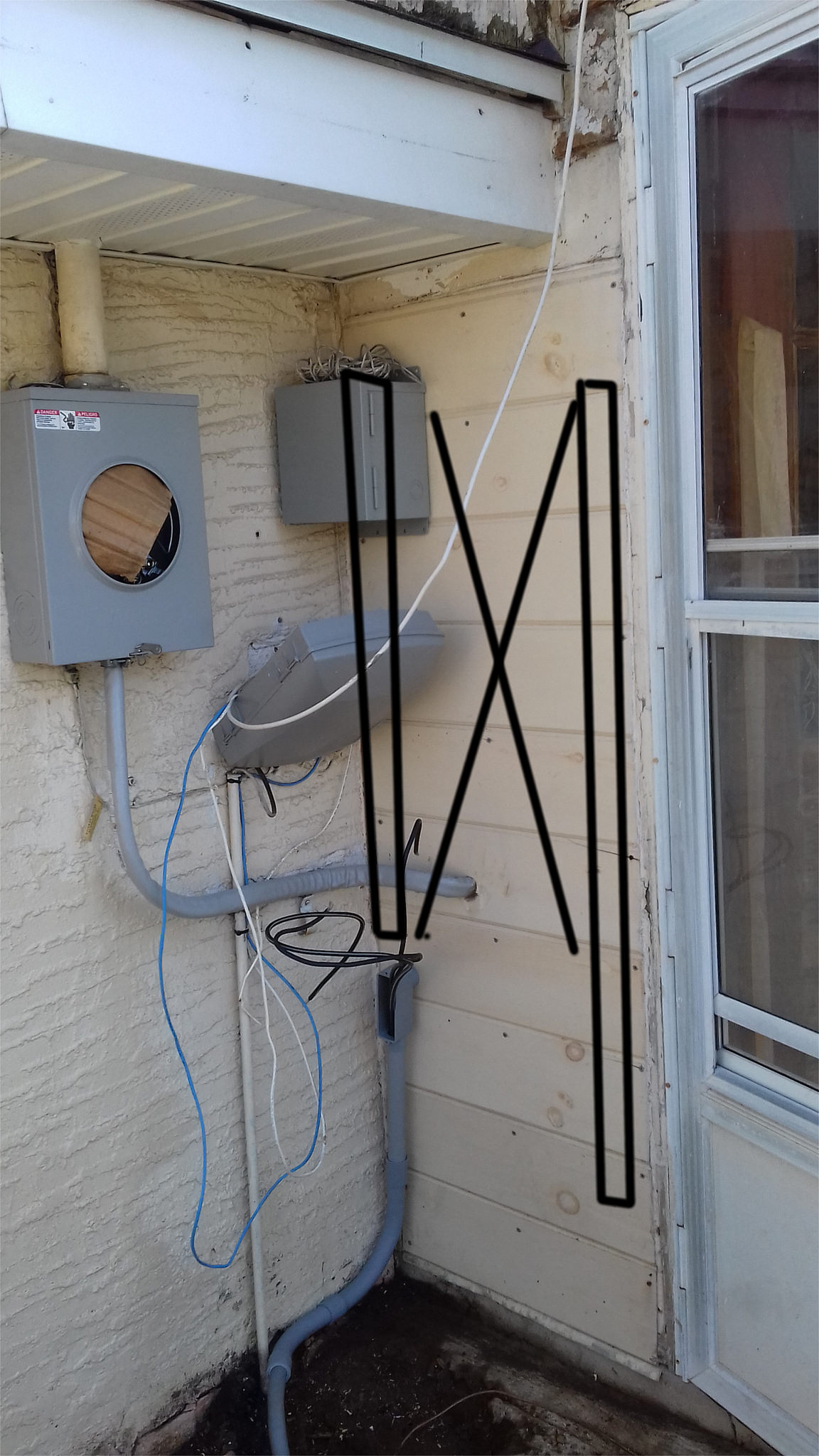 The area marked with an 'X' indicates the non-drilling area (breaker box present on the other side). The areas marked with a rectangle shows area passive to be drilled in order for conduit and wire to travel to the other side and enter the circuit breaker panel.

I moved the transfer switch box further to the right (complying with the clearance requirements), and used ¾ PVC conduit which then travel sideways few inches from the transfer switch box towards the left and enters the inside of the room by means of a close 90 deg elbow through a bored hole in the siding. Inside the conduit protruding from the bored hole has yet another close 90 elbow which will then with a small section of conduit enter the breaker panel using a knockout on its side. The pics below depict the inside and outside scenarios: 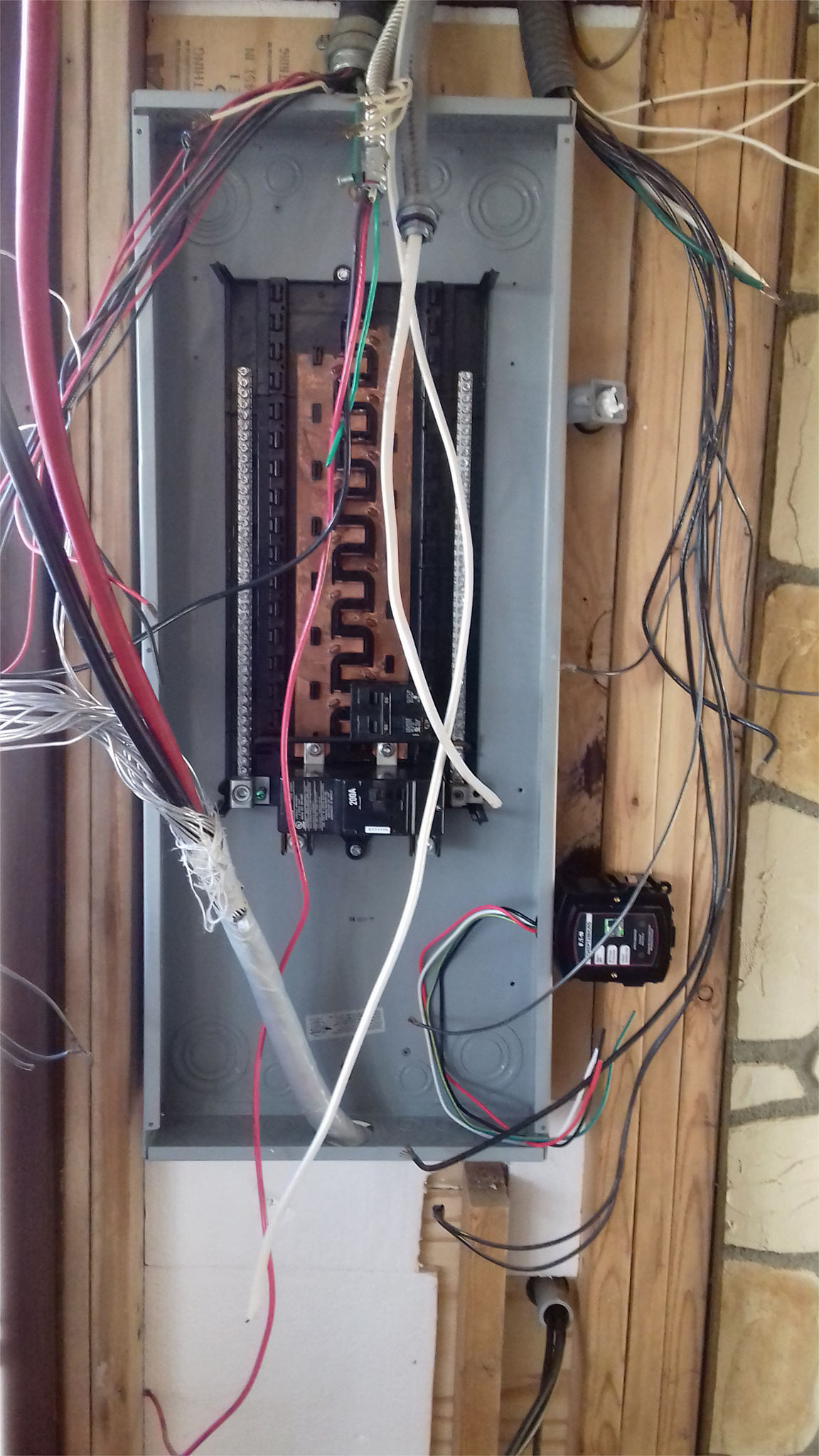 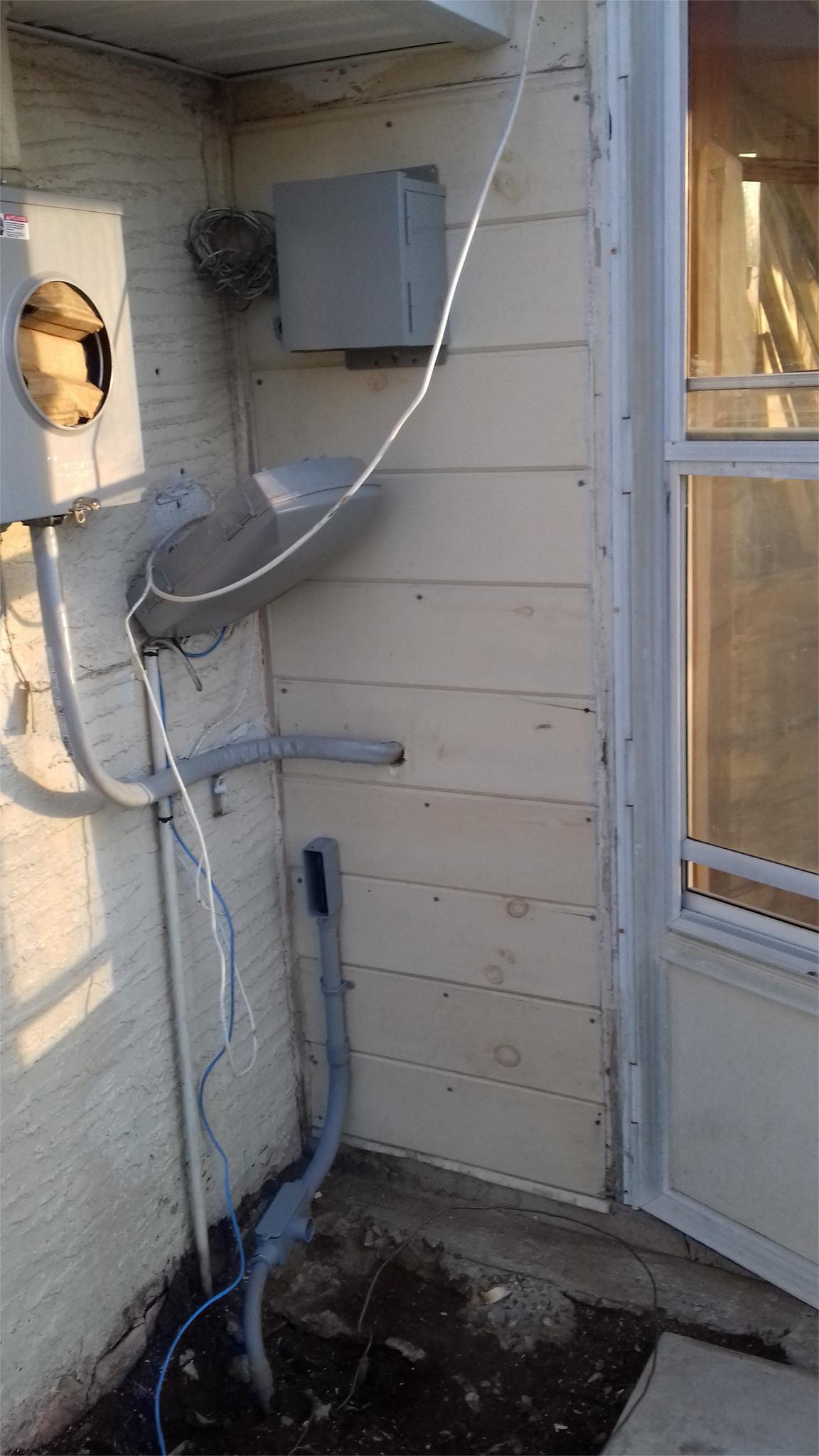 The pic of the outside also shows a ¾ underground pvc conduit along with wires coming from garage subpanel. Originally the pvc conduit protruding from the ground is ¾, but in order to make it easy to fish the large caliber aluminum wires from the ground conduit to the circuit breaker panel inside I decided to transition to 1" pvc conduit. Initially I simply put an adapter/fitting to transition, but was told that would not be acceptable (it is not clear why though) to simply use an adapter and that I would have to use an electrical box (in this case a L box) to transition. Using a L-Box also meant that I could not use the 45 degrees elbow initially planned to exit the ground, so aesthetically it does not look as intended, but hopefully it is acceptable. Any insight about the this approach or any possible discrepancy would be very welcomed.

Simply move it further towards the right on the wall (closer to the door) so that it clears the meter and you're good.

The clear space required is...

In front of the box. As long as you're over to the right far enough that the meter isn't directly in front of the left corner of the transfer enclosure, you're clear.

Normally your clearance zone is from the floor/grade to 6-1/2' (or to the top of the equipment being installed, whichever is higher). I believe the eave there might not be tall enough, but exception 1 allows service equipment (less than 200A) to be installed at existing dwelling units with less than the required height. Although this could be up to interpretation and could pose issues with [NEC 2014 110.26(E)(2)(a)]

Not the answer you're looking for? Browse other questions tagged electrical switch generator or ask your own question.