Hoping I can get some help here. Trying to figure out the wiring in my outlet box for a ceiling fan install. I have two black wires, two red wires, two white wires, and then a bare wire for ground.

Primarily confused by the two black and two red. I'd like to the fan and lights on independent switches, which seems plausible with this set-up, however confused by the presence of the two red wires.

If it helps, there are capped red and black wires in the two light switch boxes that should power these fans (there are three ceiling outlet boxes total). The fixtures were removed before we moved in, so I have no idea how any previous fans were wired. 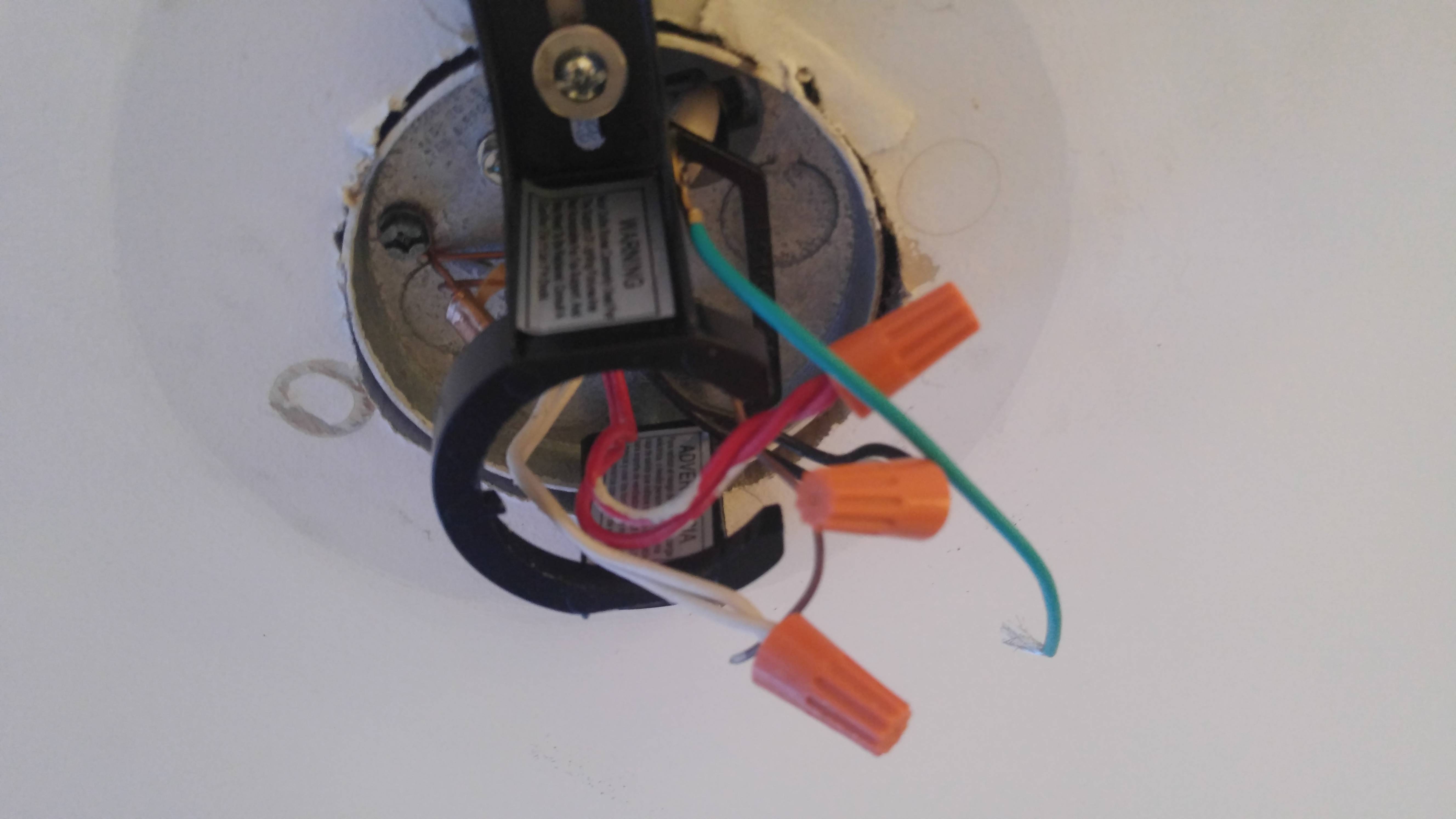 Ceiling outlet box. Ignore the green wire (that's from the attached bracket). Seems to have two red, two black, and two white wires, along with bare ground. Can't seem to figure out the need for the red wires, or why there are two of each. 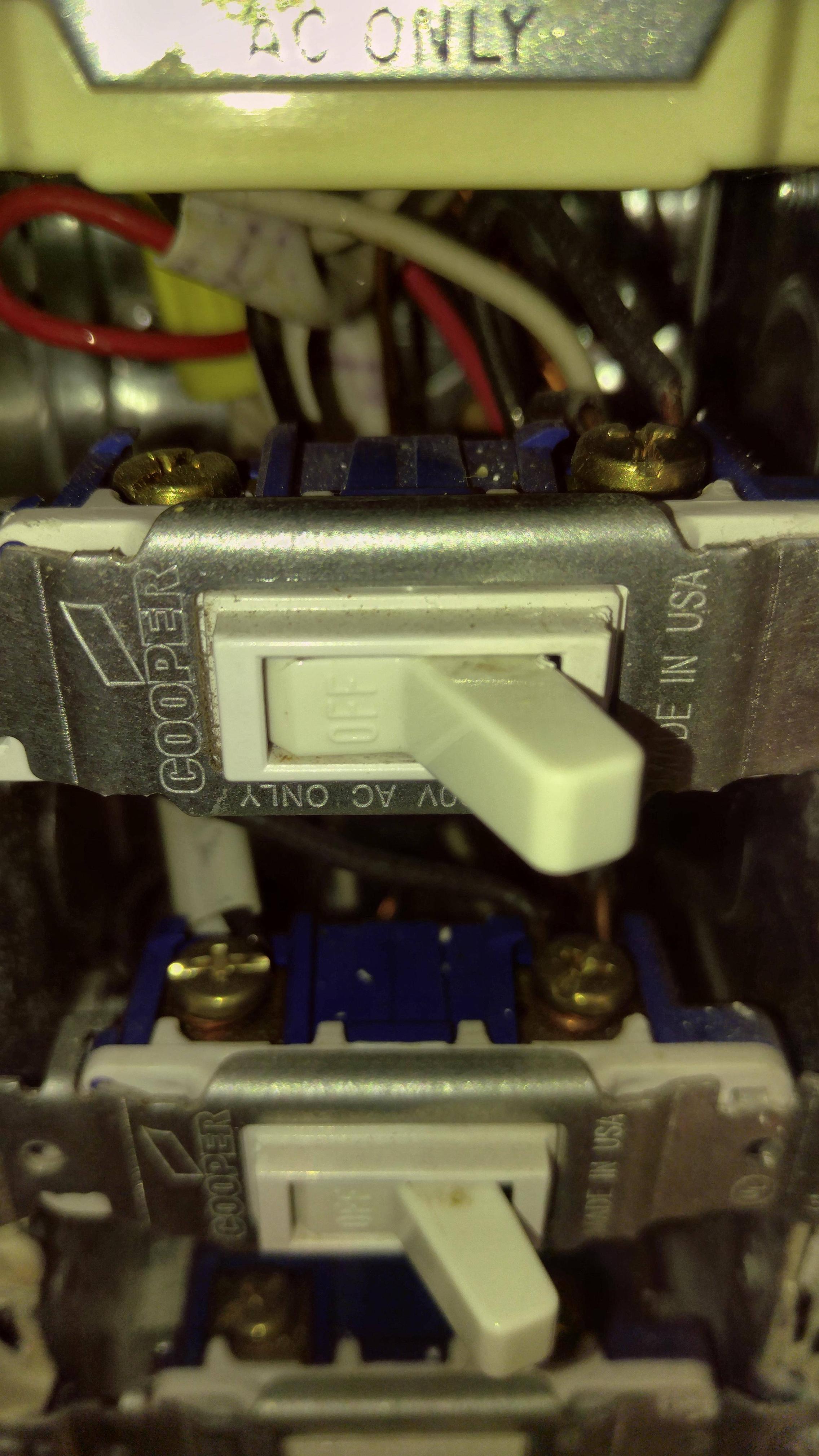 First light box. Features four total switches. The bottom two are used outside, however the top two should be for the ceiling fan I believe. Sorry the pictures aren't the best, but hopefully this may help a little to see where the wires are connected. 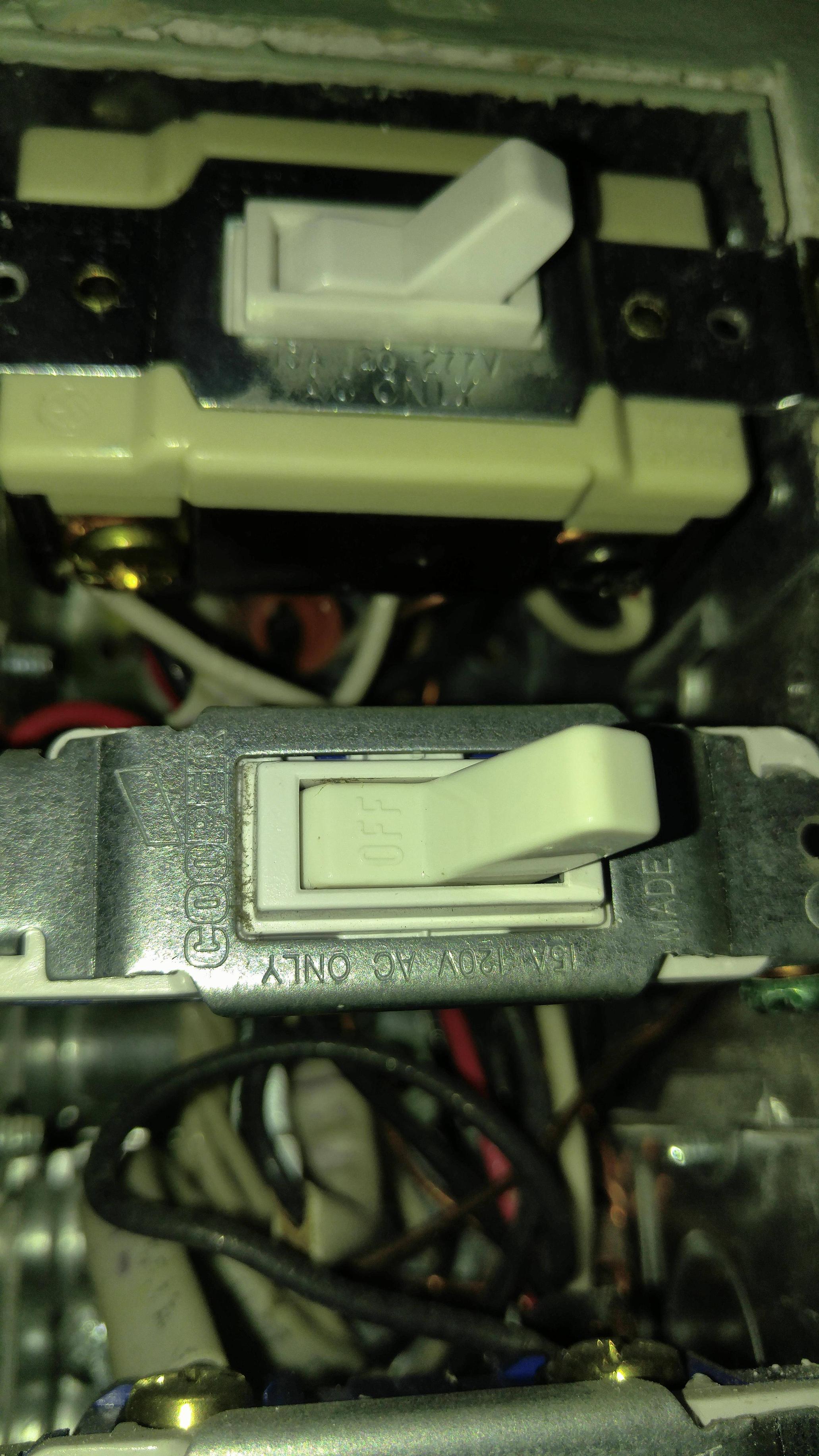 Here's the best shot I could get of the top switch from the first light box with the beige backing. Says that it is SPEC GRADE on it, if that helps anyone. 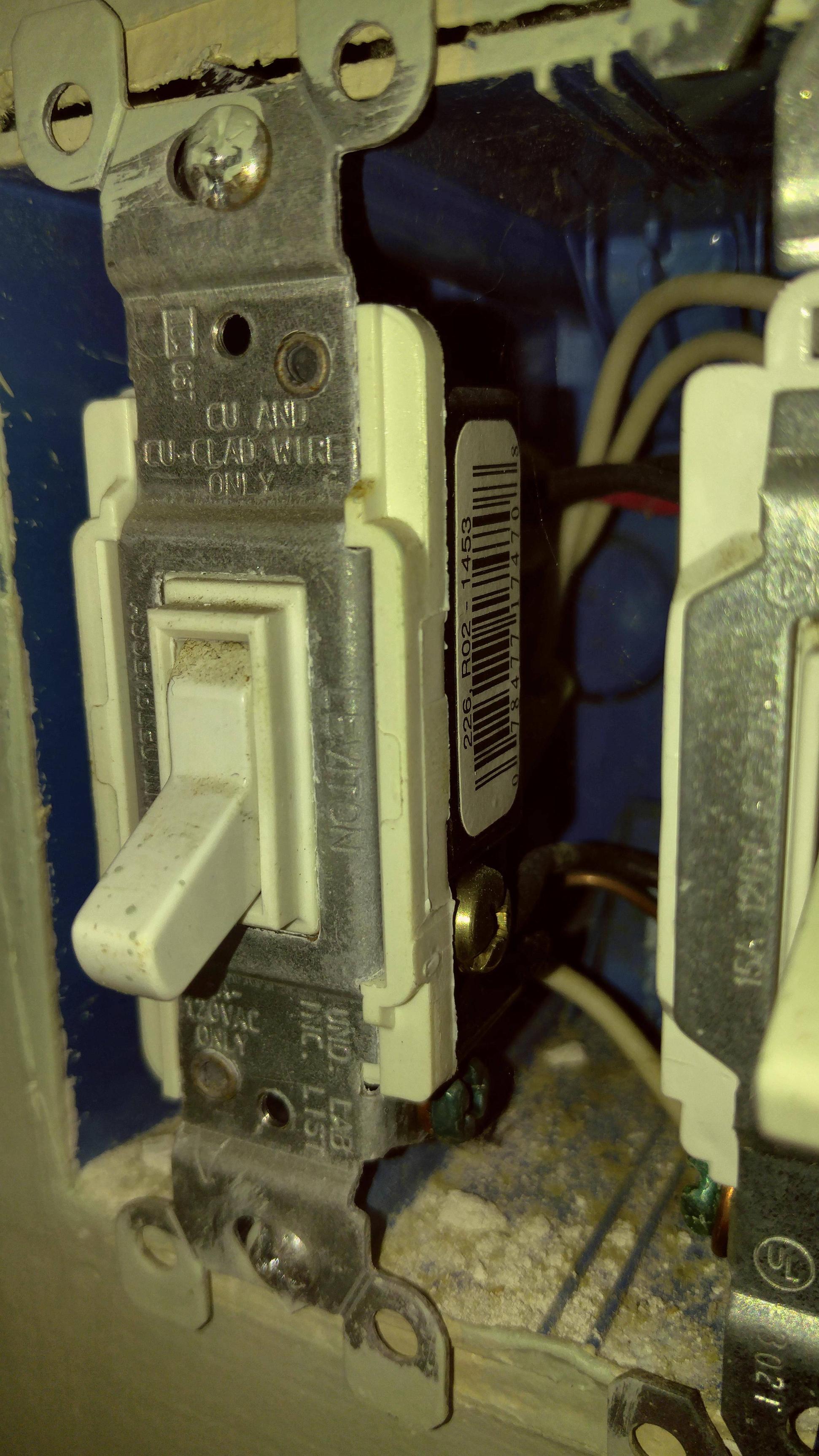 Here is the one switch on the second lightbox. I'd prefer for this switch to operate the lights, or the whole thing, since the lights will be the thing turned on and off the most.

Any and all help is appreciated. Thank you!

I suspect that one "set" of the red, black, and white wires is coming "in" the box, and the other "set" is going "out" of the box, downstream to another receptacle, fixture, or switch.

I don't see the harm in adding a third wire to each pair already there to bring power to the fan. Ground the fan properly.

I wouldn't tamper with the wiring until you know what has been done already. It looks like one device (presumably the light) is controlled in 2 locations via a 3-way switch, and the other device by a single.

I would probably start by getting a non-contact voltage detector (or temporary lamps) and see which wires in the ceiling are hot in various combinations of switches being thrown. Figure out which one is energized by the switch you want to throw the most, and designate that the lamp circuit. The other is the fan. You probably won't have to change a thing in the switches.

16
What do I do if there are only two wires coming from my ceiling electrical box?
3
How should I wire a ceiling fan when there's only three wires in the box?
2
Wiring a ceiling fan and light switch with two three-cable wires
0
how operate ceiling fan with no reverse switch, without remote
9
Can I Swap Ceiling Fan and Light Wires?
1
How to install vanity light - wall box has 2 white, 2 red, 2 black, 2 ground wires
2
How do I correctly wire my ceiling fan with these other switches and outlet?