I need to mount a ceiling fan to a ceiling joist in a sloped ceiling. I recently installed an electrical box onto the joist for this. The problem I have now is that the ceiling fan bracket is intended to be bolted left-to-right whereas the mounting holes on my electrical box are top-to-bottom along the joist.

If I mount the fan bracket vertically, the little key, which needs to be at the bottom of the bracket, is on the left side (see pic below). I don't think that mounting the bracket sideways is an option given the way that the joist and box are oriented. So should I modify the bracket - by attempting to hacksaw off the key and JB weld it onto the bottom (best idea I can think of)? Any other ideas? 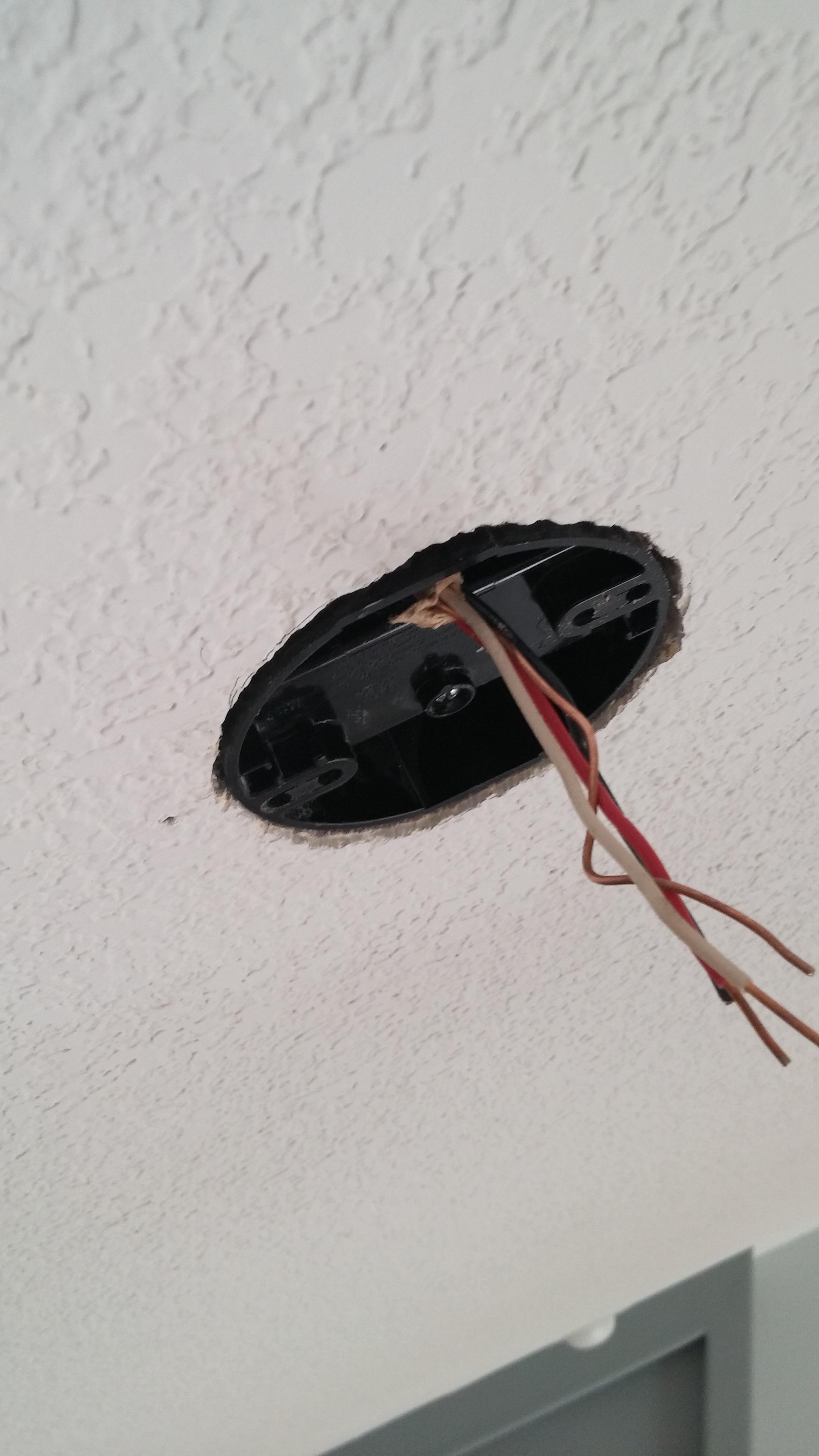 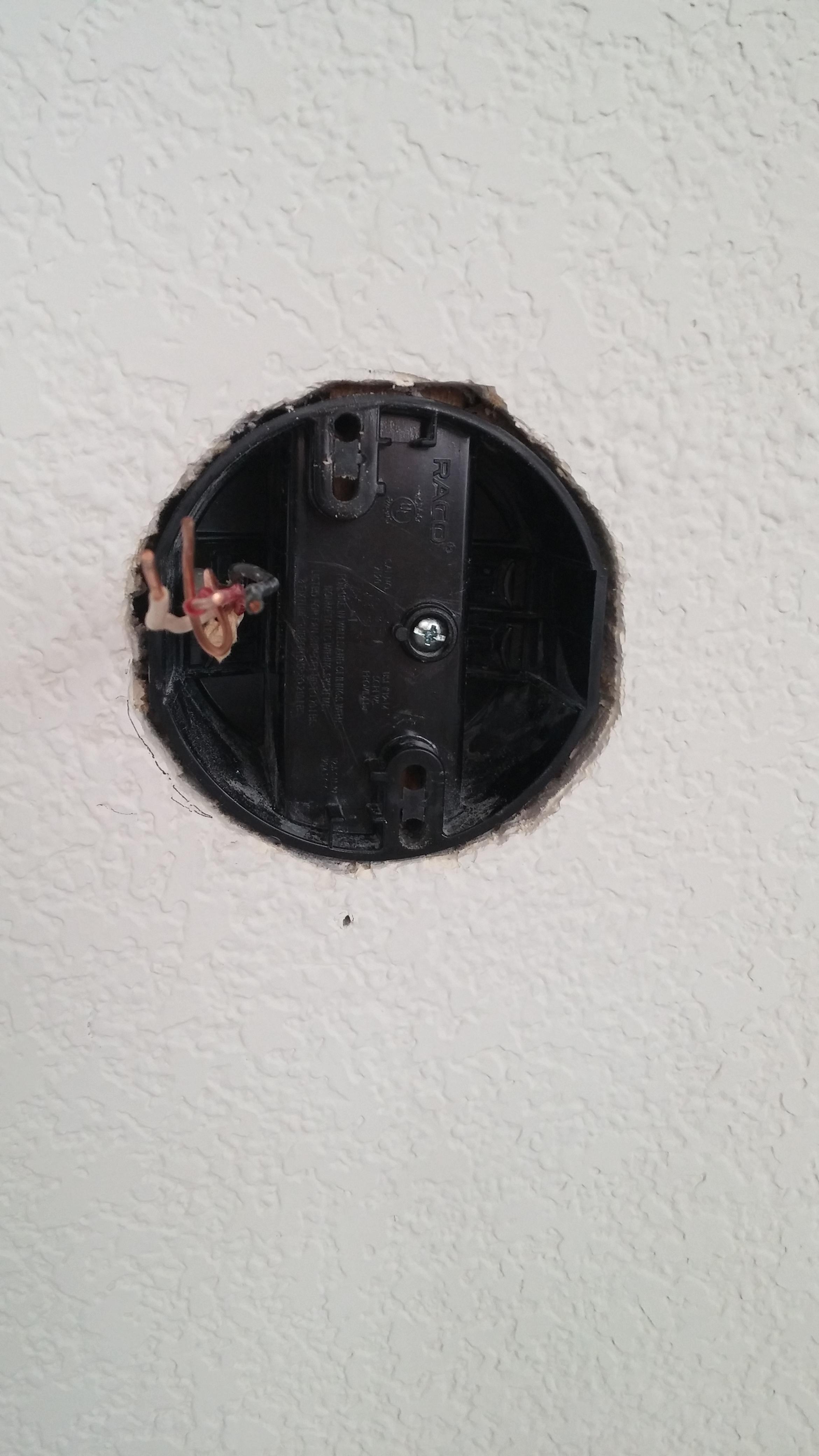 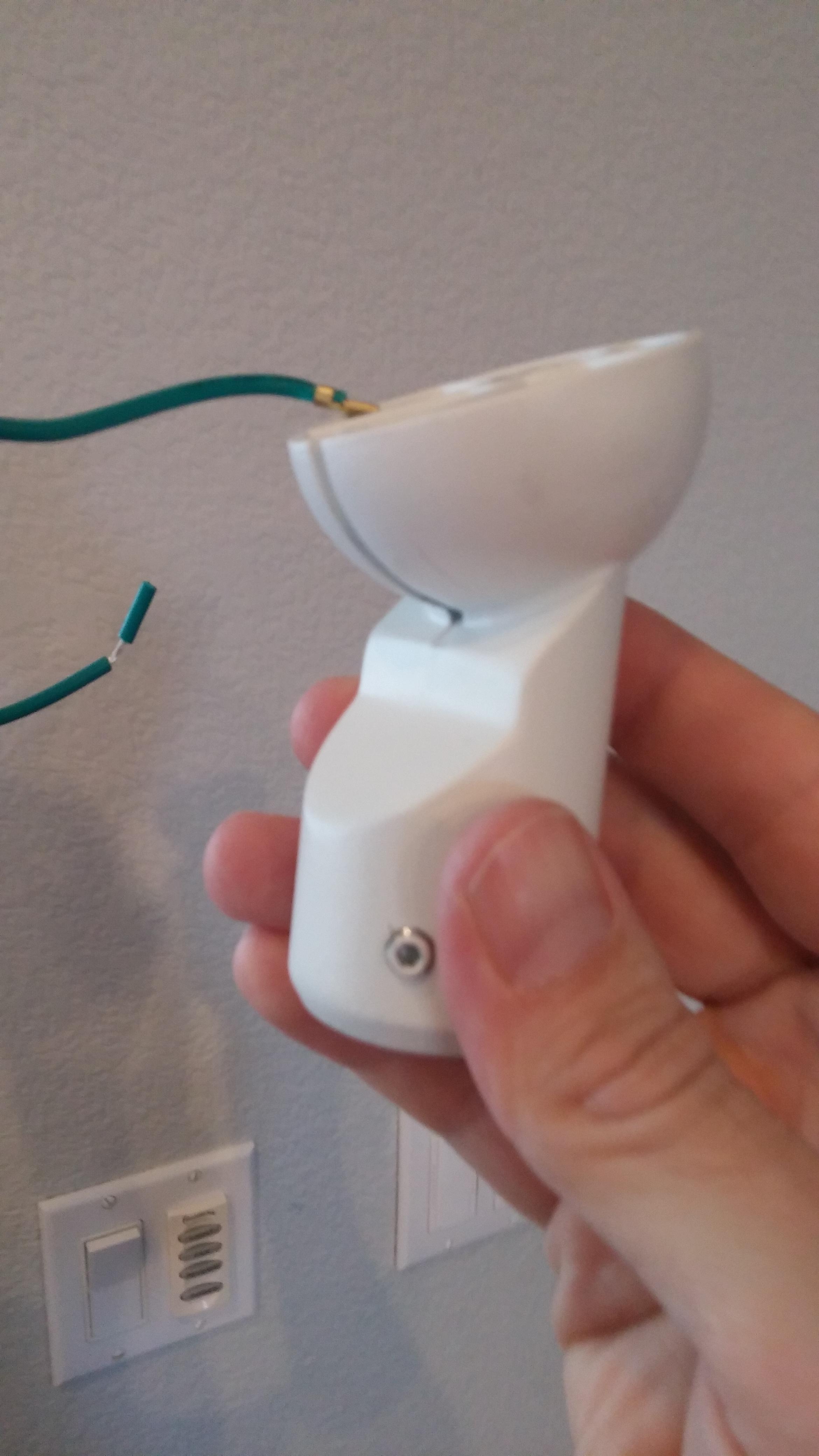 Mounting bracket with key on the left (normally on bottom). 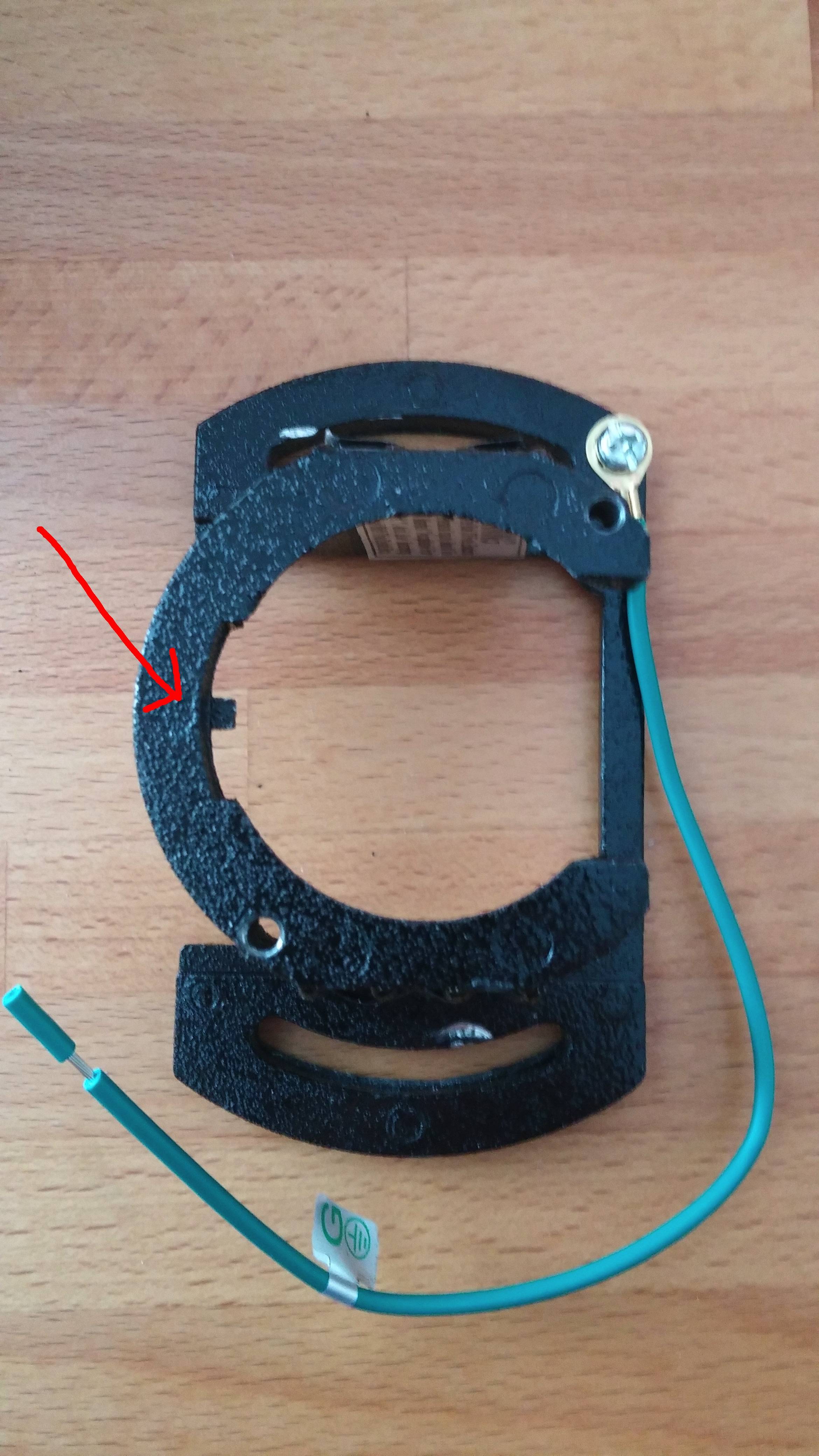 I would consider getting a metal plate adapter similar to this: 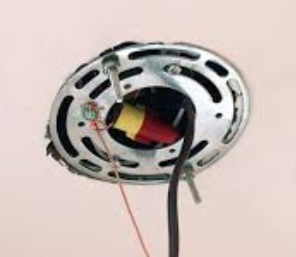 You can mount this to the screw holes in the ceiling electrical box. Then in turn you can mount the fan hanger bracket in the correct orientation. As shown you can see there are plenty of options to adjust the positions of everything including the possibility to install captive bolts and nuts to which you could attach the fan bracket.

Edit: There are various places to acquire plates like this. Google search for "ceiling fixture adapter plate" and you may locate a source such as here:

You are going to be mounting the hanging ball 90 degrees from its intended orientation. As long as the bracket would not allow the hanging ball to come out, I think your idea to cut off the key is good. I guess that key is just to keep the ball from rotating when the fan is turned on? I installed one recently that didn't have a key like that. Another option if you're worried about it is to buy a different hanging bracket. This one http://www.build.com/fanimation-sck52-lq/s1005797?uid=2488393 would match you bracket orientation.

I'd consider modifying the mounting bracket to be dangerous. The key is there for a reason - it counters the torque of the fan spinning when the motor is turned on and keeps it from twisting in the hanger. There's nothing wrong with mounting the bracket sideways at all - the issue is that the downrod ball you have isn't adjustable in that dimension. There are several styles of down rod attachments that are adjustable (or are designed to side load on a sloped ceiling). Shouldn't be that hard to find one that works.