My parent's house has a pretty bad leak that has been going for a few years. Because of money and other issues with the house I need to try do an improvement myself if at all possible. Getting a new roof (or house, since everything else is outdated/has an issue) may be possible down the line but not right now.

One thing slightly in my favor is this is in San Diego so it rains infrequently.

I have included some pictures. In the last you can see where I pulled some of the ceiling down where it was mostly soft/mushy. Asbestos test was negative.

Estimators have suggested the issue is definitely with the valley and one of them recommended I could install flashing in/along/under (not sure what he meant) the valley to improve the situation. I purchased a roll of aluminum flashing. I am not clear on exactly where to put it though.

The examples I see on youtube when I search 'roof valley' don't have such a low slope or the part where it goes up/horizontally again like that. The ones I saw were mostly just one smooth seem. If it was like that then I have some tutorials on doing underlayment, flashing, trimming shingles for a normal valley. But I haven't seen an example quite like my roof.

Thanks so much for any advice. 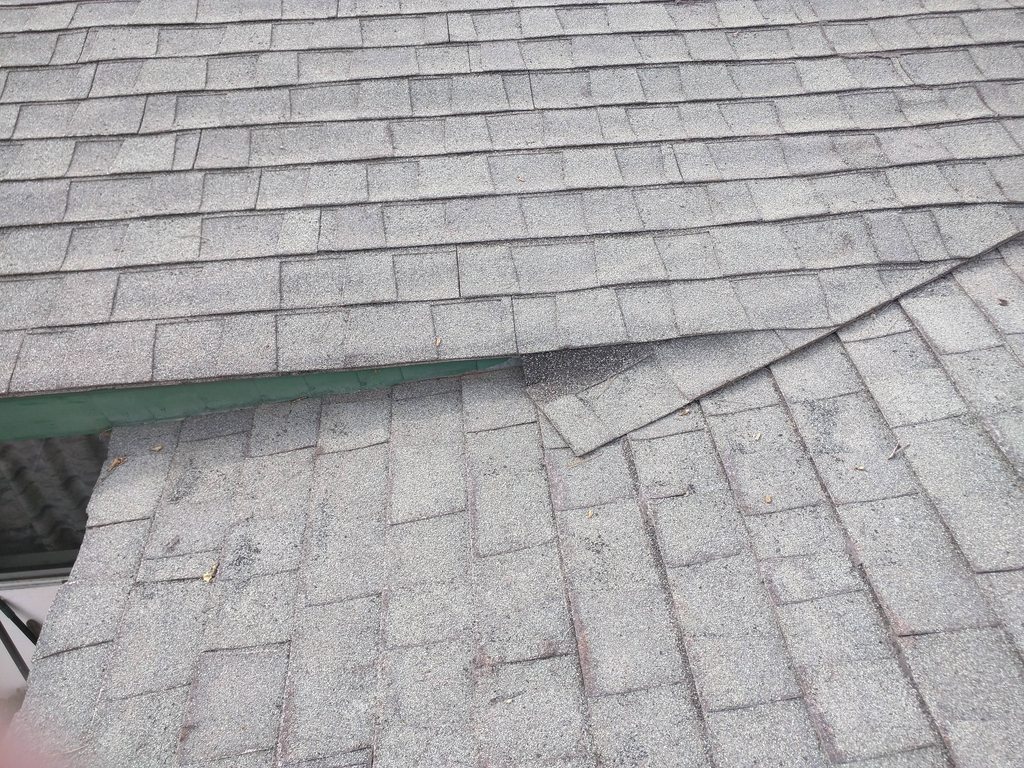 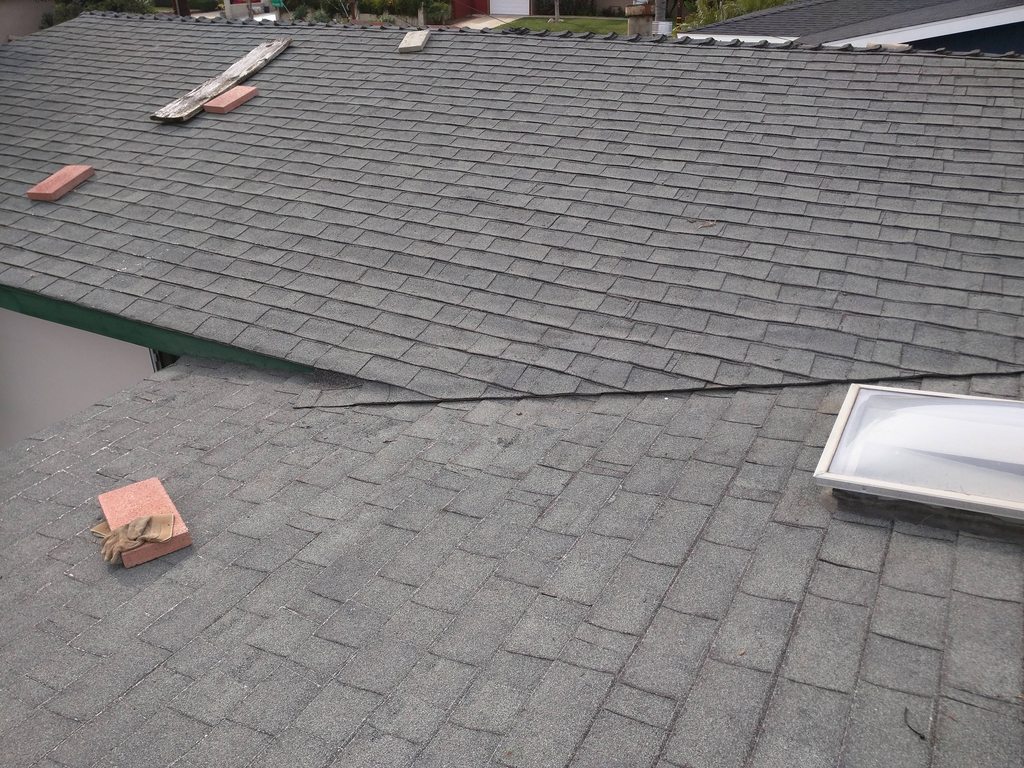 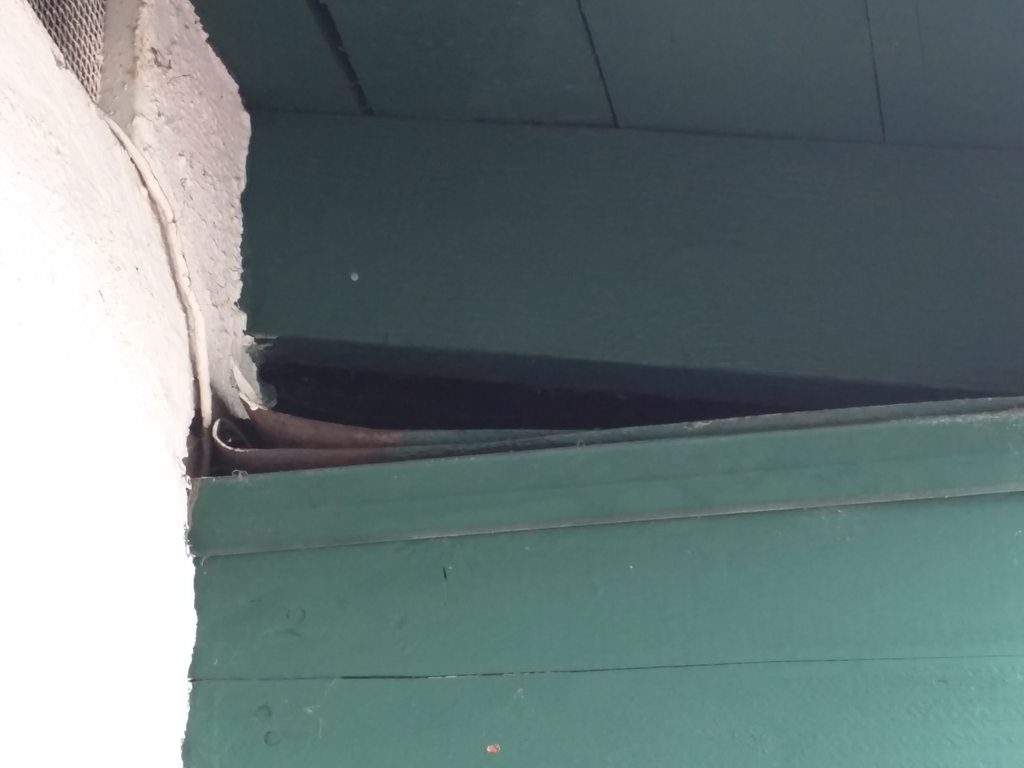 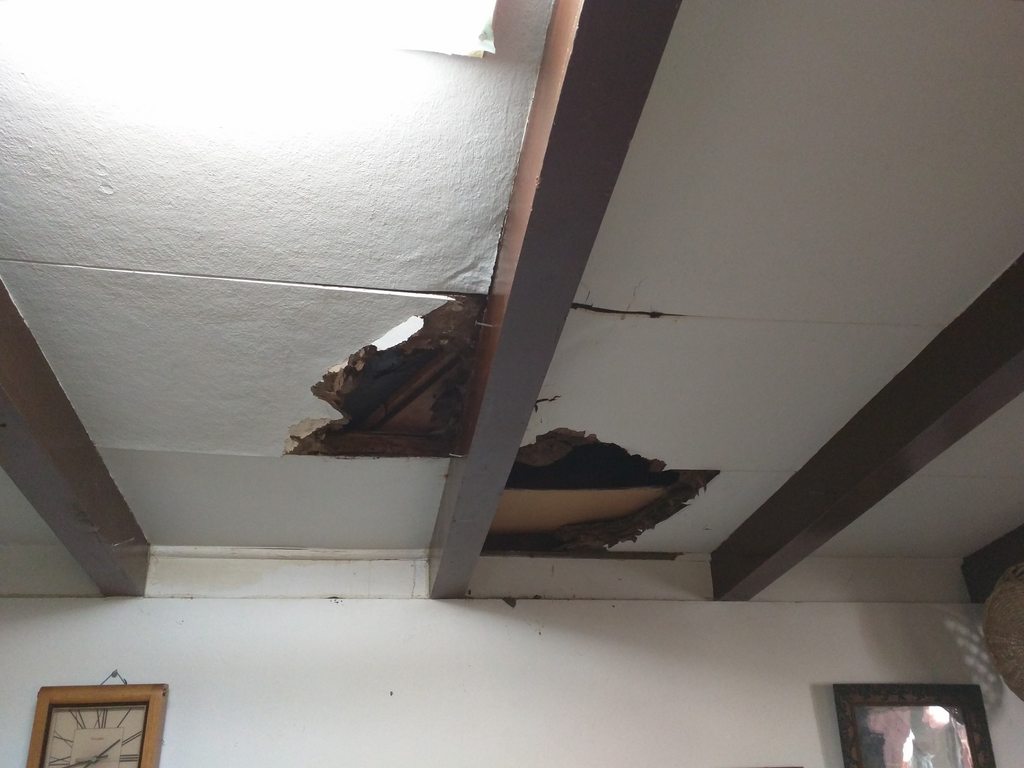 Low sloped roofs are problematic only when they get wet! (the water doesn't shed fast enough). What the roof contractor probably meant regarding flashing the valley was (I'm guessing) is if you re-roof it would install under the new shingles.

Here is an easier and more successful suggestion which I have used with great results. If you'd rather defer a new roof installation, but need a repair to last for several years substitute the metal valley flashing with a section of rolled roofing. Made from the same material as asphalt shingles rolled roofing is actually best used for roofs with low slopes. It is sold in 3' x 90' (?) rolls and can be cut to any length. Roof nails and rolled roofing lap cement secure and bond each section.

Cut a length to cover the leaking roof valley. Do this if possible so the sun can soften the rolled roofing before installation. position the rolled roofing section centered on the valley. At the top fold it down to expose 24 inches of the shingled roof and apply lap cement on the old shingles. Press the roofing into cement and nail the top edge and 24 inches down the sides (space nails 3-4 inches).

Flap back one side and apply cement and nail. Repeat on the other side and bottom. Dab the nail heads with cement to finish repair.

Yeah, that roof's pretty beat. I'd actually go heavily at that seam with Mortar Caulk (its gritty & gray), the whole length of the seam if you don't know where the leak is. But, spraying a hose at the seam & very slowly moving the spray up the seam should give you a good idea of the problem area.

Still caulk the whole seam, but then do under the shingles in the leak zone. Be careful & don't pry them anymore if they're brittle & chunks start snapping off. I caulked a flat roof in the rain 3-years ago & it still hasn't let in a drop.

Not the answer you're looking for? Browse other questions tagged leak ceiling roof shingles flashing or ask your own question.