Is this fix for a cracked whole house fan collar sufficient?

This past fall we had a new HVAC system put in along with new duct work and insulation. There were a lot of people in my attic, and over the course of the project, the collar that sits above my whole house fan was cracked in a few places.

Before the last guys left, I ran the fan and realized the fan was rubbing against the collar, making a horrific noise. They adjusted it and it was fine. Since that was the fall, we haven't actually had a chance to run it since. My attic will get upwards of 120 - 130 degrees in the summer, and I'm worried about how this collar will hold up in that heat.

I had the company over two days ago, and one of the guys put some duct tape (the shiny kind, not the standard gray) over the cracks to reinforce them. I told them it was fine for now but come summer, if things start moving around because of the heat and there's a problem, that I'll be expecting them to come back out and fix it. They complained about not being able to find that collar, about the unit being so old they couldn't replace it, etc. etc.

There's hardly any clearance between the fan blades and this collar, so I'm worried that eventually the rubbing will start happening again, long after they've been paid. I'm trying to be reasonable and work with them, but I don't want to end up with a busted fan two years down the road. 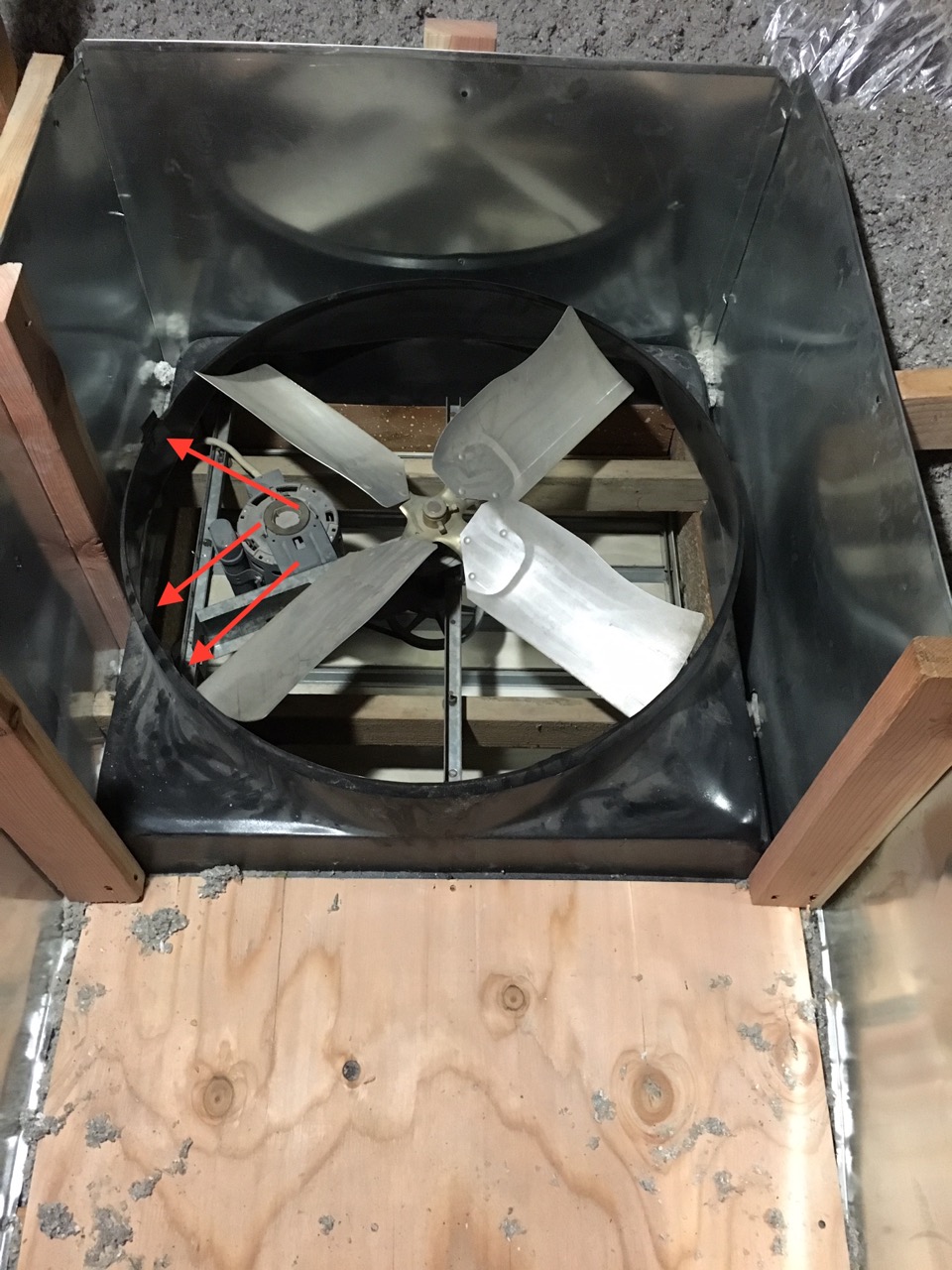 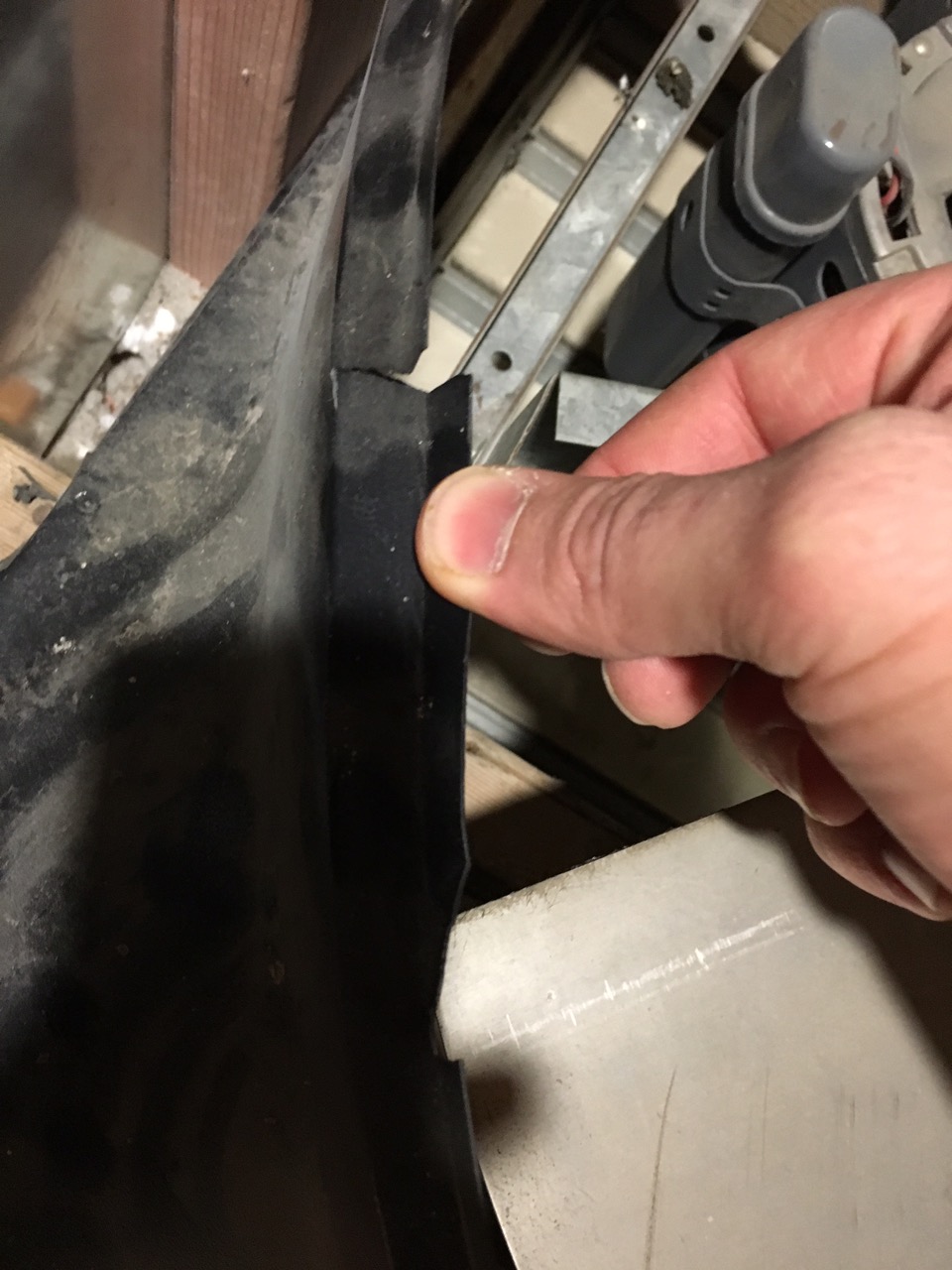 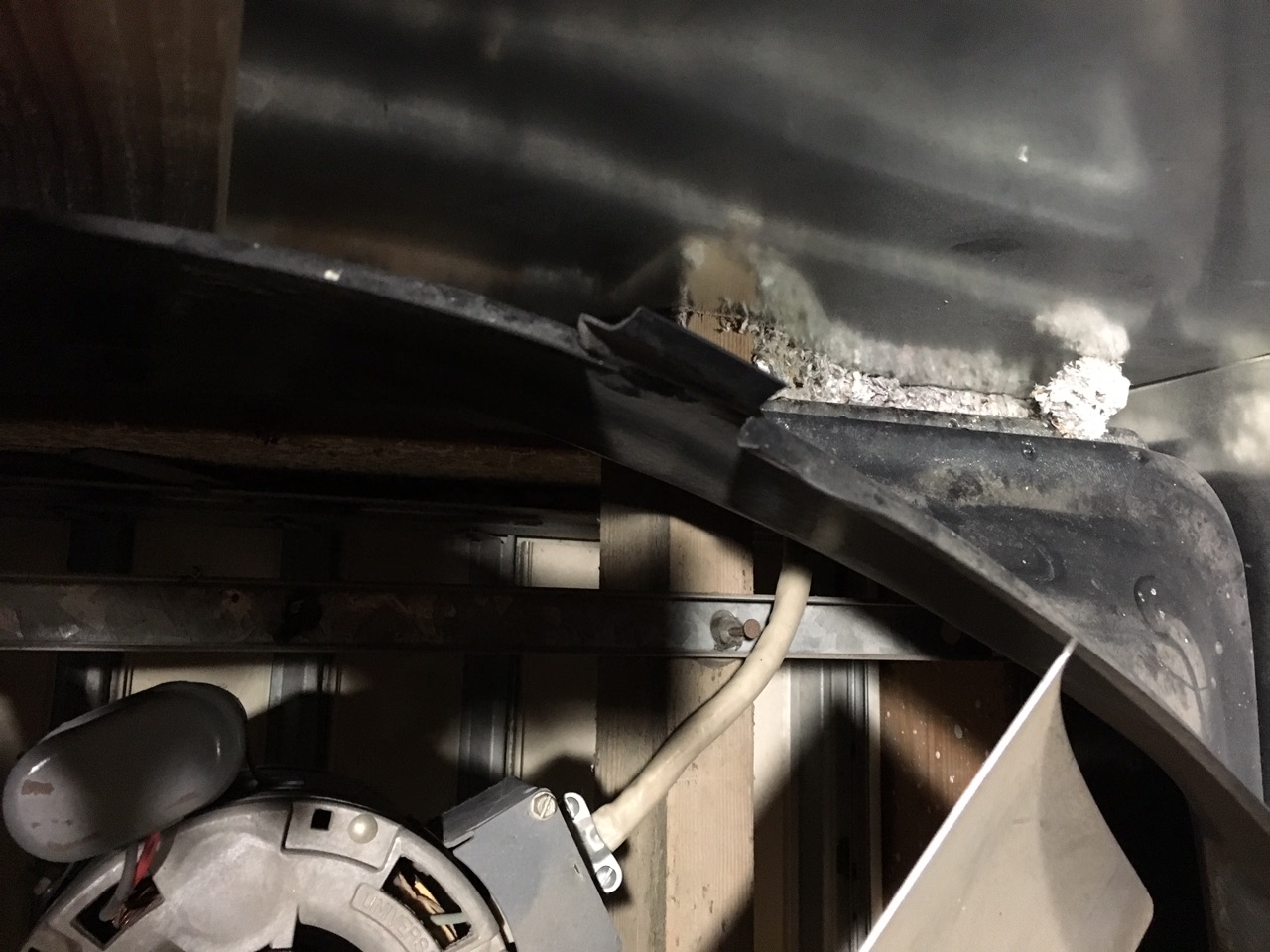 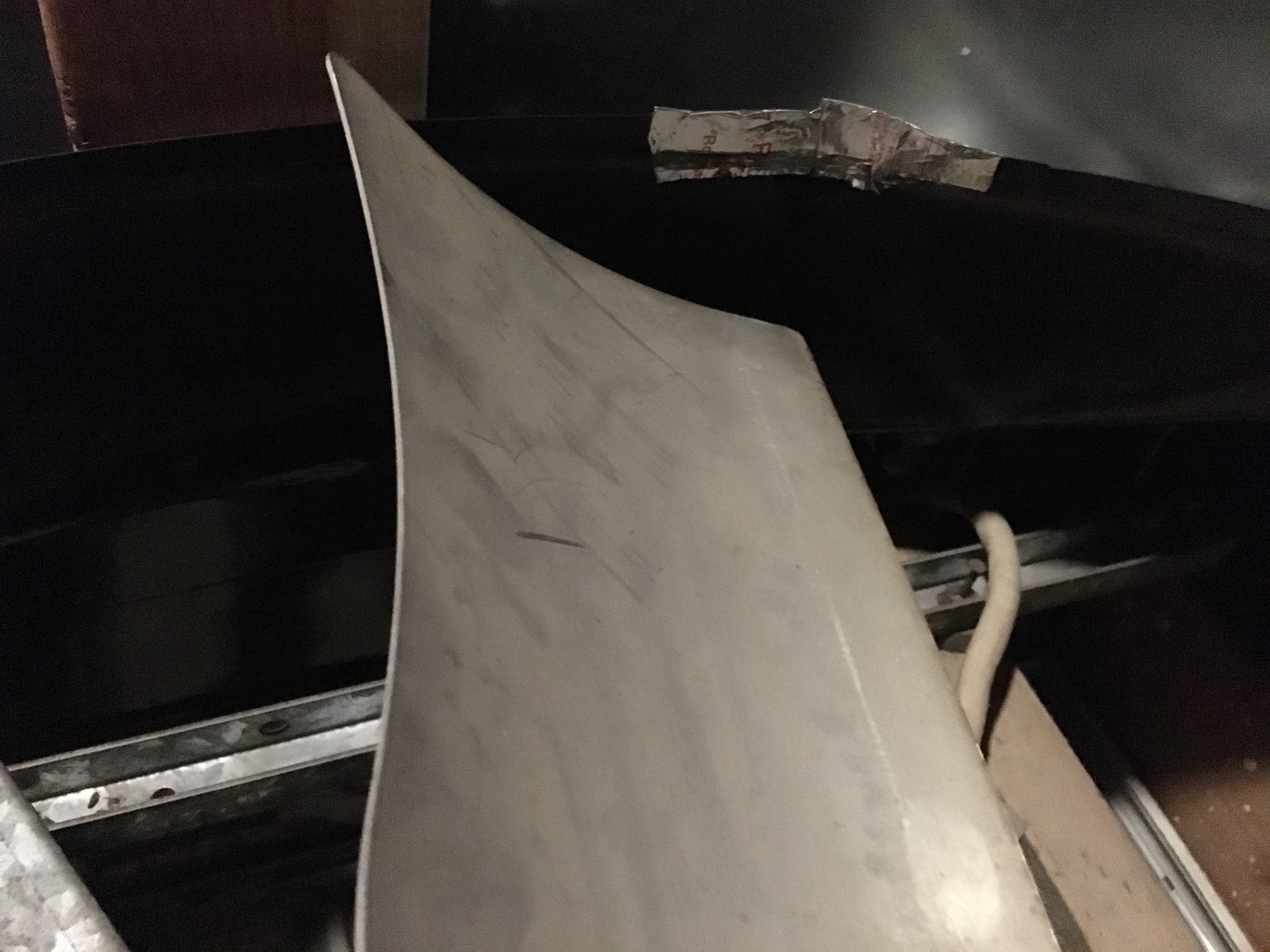 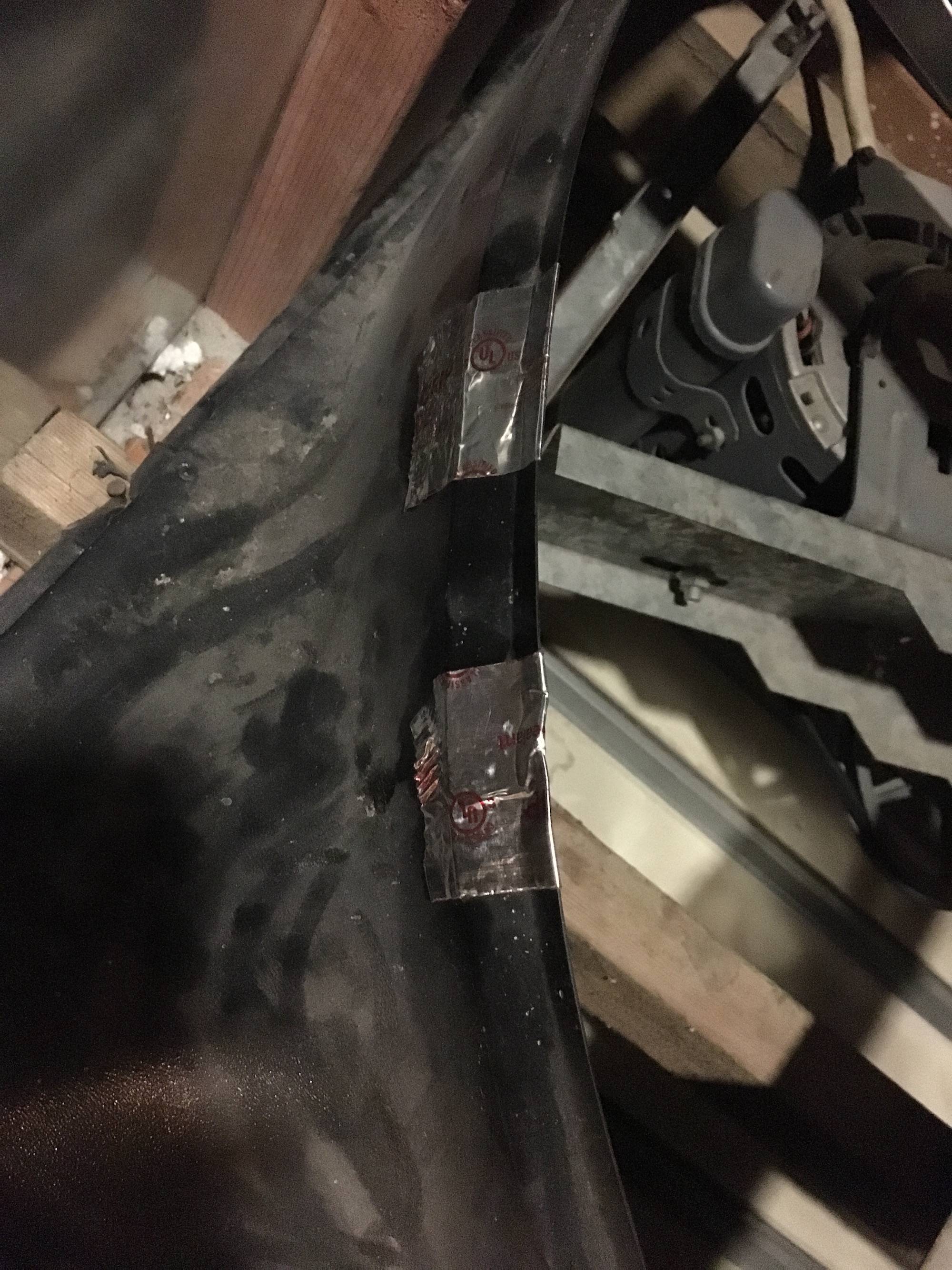 As cheesy as the tape looks, it will do ok, It is made to resist the temperatures that blow through the duct work. At worst it may fatigue over time, but I think it will remain intact. To be certain, later when it is running check it out up in the attic. If the plastic shroud that has the tape on it is jiggling, the tape may fatigue. Aluminum can't take a lot of movement.

The tech is possibly quite right in their remark about the part not being available.

If there about an 1/8" of room between the shroud and the blade, it will do well over time. Should it ever strike it, it will be in the near future, within weeks, if not sooner if it decides to touch again. Then the fix will be a heat gun to get the plastic to stay.

I really think that it will be fine. What I describe would be worst case scenarios

As long as you stop bending it with your thumb it should be fine as a permanent fix. That aluminum tape doesn't dry-out & release like duct tape. Plus, that drop-on collar really isn't doing anything nor is it needed.

On the flip-side, plastic welding would work, but you won't get that tape off easily so forget that. You can cut-out the broken areas with tin snips or a Dremel in a U-shape. Or, even just cut-off that entire top bevel all the way around, which would give the collar more liberty to move around without interfering again.

Not the answer you're looking for? Browse other questions tagged attic fans duct-tape or ask your own question.

5
Air sealing a whole house fan
2
what tool / technique would I use to take the fan blade off this fridge motor (and re-mount it to a new one?)
1
Whole house fan location
0
Removing attic house fan and adding subfloor
0
Will an attic fan in a garage also cool the adjacent house attic?
0
Calculating flow volume for whole house fan
4
Whole house fan - unexpected voltage at high/low switch
0
Attic fan installation
0
Attic Fan for Carrier 58STX110--14122