Why have my LED bulbs started flashing when I turn them off?

I have six LED bulbs in my flat. They’re all the same model (LE 10W A60, bayonet fitting), and they were all purchased at the same time – September 2014. I bought them as a set of five and a single, but I don’t remember how they were divvied up among my fittings.

All of the bulbs are connected to on-off light switches. I don’t know exactly how the flat is wired – in particular, I don’t know which bulbs are on the same circuit.

In the last few weeks, three of the bulbs have been playing up. When I turn them off at the switch, they turn off, and then flash one to three times before actually going dark.

Any ideas what could be causing it? Is it something I should be worried about?

I looked at some of the other questions about LED lights flashing, but all those problems seemed to occur straight after the bulbs were installed. Mine have been working fine (i.e. not flashing) for over a year – it’s only recently they’ve developed a problem.

There's likely nothing wrong with anything, it's just that the LED's are much more sensitive to electrical input. Common if there's a dimmer, ceiling fan or 2 (or more) switches controlling the lights.

You need a Snubber or Capload or RC Suppressor installed in the circuit. Something like pictured in just one place, in a light's fixture or at a or the switch. But, it's fine to just live with it as nothing's in danger, the lights are just waving bye-bye until next time. 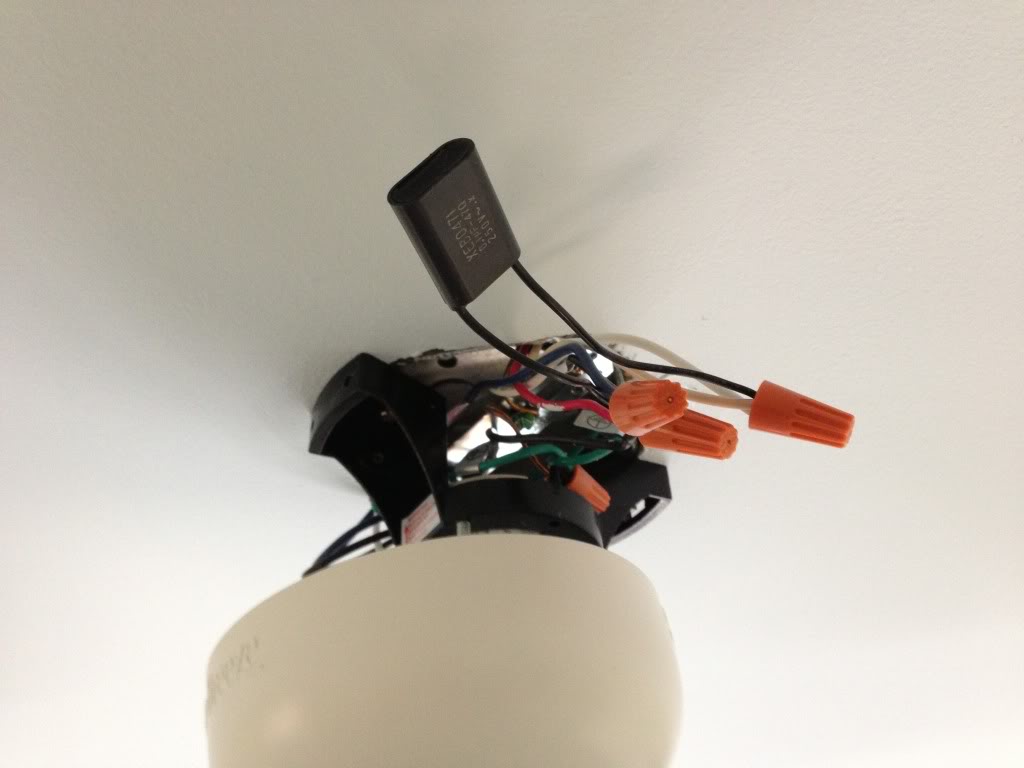 Not the answer you're looking for? Browse other questions tagged switch light-fixture led or ask your own question.

4
Why do my LED lights flash on cold start?
1
Why are my LED lights flashing when powered from an inverter?
1
Did four LED light bulbs break my light fixture?
2
Spot light LED bulbs (MR16) flash once when turned on. If I put 1 normal halogen in then it solves the problem. Why?
2
LED Light Glowing when off
0
LED bulbs will not turn on
0
Why Aren't These LED Bulbs Lighting?
1
Why do LED lights get brighter when adding additional lights to the dimmer circuit?
4
LED bulbs flickering