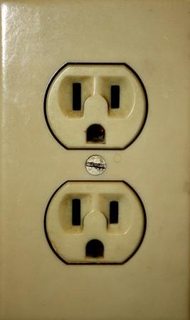 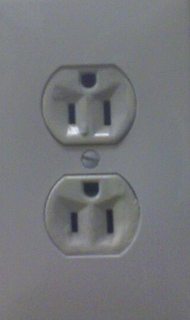 1
Are receptacles installed upside down?
0
Are there good reasons to install 120V 20 AMP receptacles "upside-down" instead of in conventional upside-up position?
14
Safe to screw on a paper towel holder way above socket?
6
WR outlets; is it trying to tell you which way is up?
2
Walls out of square, how to align base cabinet?

1
GFCI outlet tripping
1
Outlets in bedroom, top outlet is working, bottom outlet is not
1
Outlet with two different circuits
3
Outlet tester shows "open ground" on GFCI outlet
1
Electrical outlet installed by previous owner had Black and Green wires wired together
0
3-way switch and top only hot outlet troubleshooting
1
Can I convert a 3-way switch that switches half duplex outlets into an outlet?
2
How can I stop 2 outlets being controlled by a switch?
2
Extending a ground wire from a grounded circuit to another circuit that has the two wire outlets.....can I do this using romex?