Why is my sink's drain pipe connection angled?

My sink piping quite often drips despite several attempts to adjust/tighten the U-bend. The drain pipe is not totally straight and the pipe attaching to it is intentionally a long way from straight. I suspect I cannot get a good deal due to this angling - but why is it like this? Is it even possible to make this straight when all the other pieces are straight? 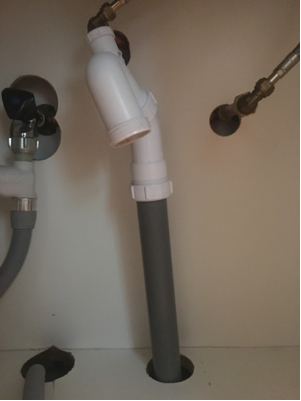 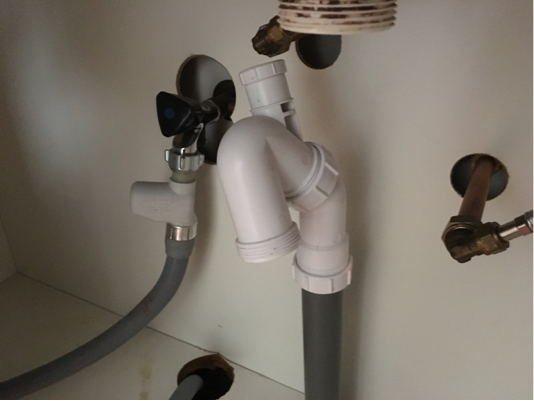 Rotating the trap as discussed below allowed it to be almost straight. However, it still drips. I believe it's the top of the U section that's the problem. 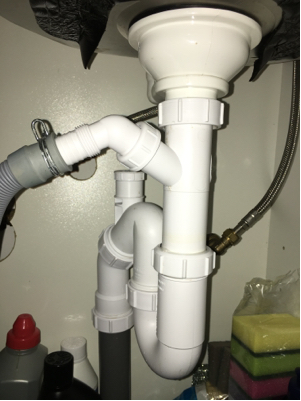 This looks like it's a renovation, or maybe just an island sink, because of the anti-siphon valve (aka air admittance valve (AAV), aka cheater vent). Either way, it's fairly sloppy plumbing by the looks of it.

I'll leave aside the use of the AAV as I've never seen one like that: in many jurisdictions they're not allowed at all, and I've only ever seen ones that must come above the trap by several inches, or even be above the top of the sink.

The trap you linked (SP10V) is actually designed to swivel, presumably to connect to a pipe coming in on an angle: 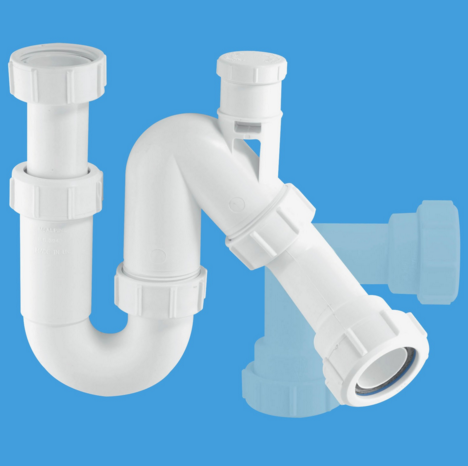 You should be able to rotate around that union and make it straight, then connect the rest of the trap from there.

If the trap doesn't line up with the sink, however, the best course of action would be to make the riser pipe straight. Cut it off near the bottom, then using two 45° elbows you can shift it over slightly and allow it to line up. When you're doing this, it will probably require a few tries so connect the trap and dry-fit everything, and make sure it's nice and straight before you glue. Forgive my crude mock-up, but something like this: 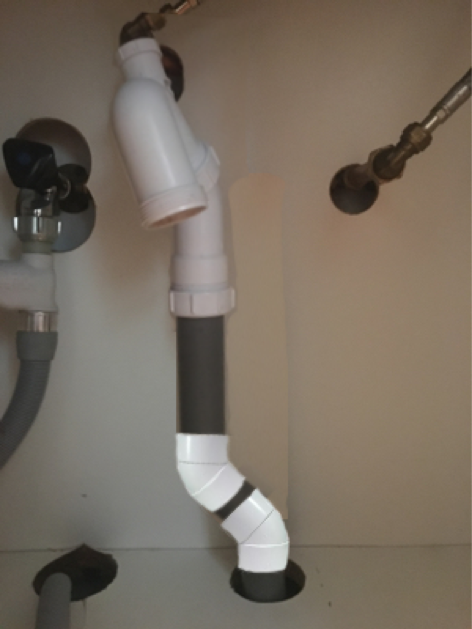 That's a strange fitting to accommodate a vent like that. Getting it straight is good, but plastic doesn't like stress & the threads can flex open to stay that way. Teflon tape should get rid of the drip, wrap it around the threads 6-times & see if that gets you dry.

18
What can I do about my drains constantly getting blocked?
2
Where to locate p trap and venting in complicated washing machine installation? See sketch
2
When do galvanized pipes in NYC residential water delivery pipes need to be upgraded?
5
How can I vent a bathtub trap when the drain is routed under the tub?
4
Why does my sink's strainer bowl connection leak?
2
Can I move my sink drain connection to the parallel vent pipe?
5
Drain trap is too low for new vanity
1
Kitchen sink backing up with no apparent blockage