I installed a lighting fixture in the hall, running off an older fixture. It worked fine with the existing switches. Then I wanted to replace one of the two old switches (circa 1949) with a dimmer (lamps are dimmable LEDs).

When I took out the old switch, there were three colors of wire from the box: black, white, and red. The dimmer has two black and one green. I connected the dimmer wires to the box wires in the position they had been respectively on the old switch, but was unsure about the red/green connection. I did it, and the dimmer worked. But now when I flip the second old switch - identical to the one I replaced - it trips the breaker, and did so until the breaker wouldn't even power on.

So I removed the dimmer, and everything else on the breaker works fine - except the hall lights, which won't power on (I understand, I think, that there must be a switch connected to each outlet to close the loop in order for the lights to power).

Should I cap the red wire extending from the box, and just wire the green/ground from the new dimmer to the box?

It sounds like you replaced a three way switch with a two way switch and wired a traveler to the ground. Flipping the second switch created a direct short to ground that can result in enough current to damage the breaker, wiring, and other devices on the circuit. Not only can you damage parts of that circuit, you are creating a fire and electrocution risk.

There are plenty of guides on how to properly wire a 3 way switch both here and other places online, and it's typically a DIY project, but if you're making mistakes like not properly identifying a traveler vs a ground and knowing which wires are hot, I'd advise you to hire a professional to properly replace devices like this.

Sounds like you've really screwed the pooch now. You cannot make random decisions when doing electrical work. By shorting Line to ground, and doing that repeatedly, you probably caused fire damage to the cabling in your walls between the switches. 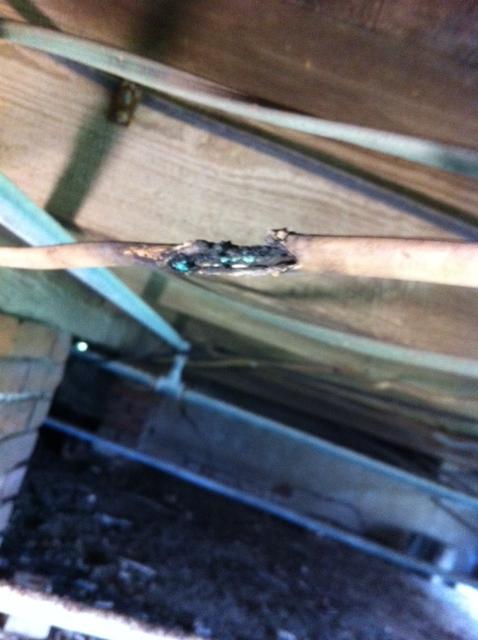 Now you get to rip down all of the drywall between them to replace the wiring. Look on the bright side though. You didn't burn the whole house down, despite how hard you were trying. I'm assuming this all happened days ago. If its only been a few minutes you should probably call the fire department now if you smell any smoke.

You need a dimmer made for a "3-way switch" installation. When you have two switches that control the same light, it's called a "3-way" switch, and it uses three wires rather than the two a normal switch uses.

When you connected the red wire to the green on the new dimmer, the circuit was being shorted to ground when you flipped the other switch and the breaker would trip.

A "3-way" dimmer will have a screw for the extra wire.

2
How to Wire Fan with Black/White/Green to Ceiling with Black/White/Red/Bare?
1
Need help wiring new dimmer
2
Did I wire this dimmer switch correctly?
0
Fitting new dimmer to old wiring but I've got four wires and an earth
4
How can I wire 3 Lutron Caseta dimmer switches in bathroom?
1
Dimmer wiring for 3 wire single pole
0
Wiring a dimmer and timer side by side
0
Fried dimmer turns lights on/off but new dimmer won't
1
Confused by Dimmer Wiring
1
Why is my new Legrand Radiant smart dimmer switch not dimming?