Our house has a raised corner shower stall in the downstairs bathroom. Just by doing a quick search and going off of looks, I'm pretty sure it's this model: 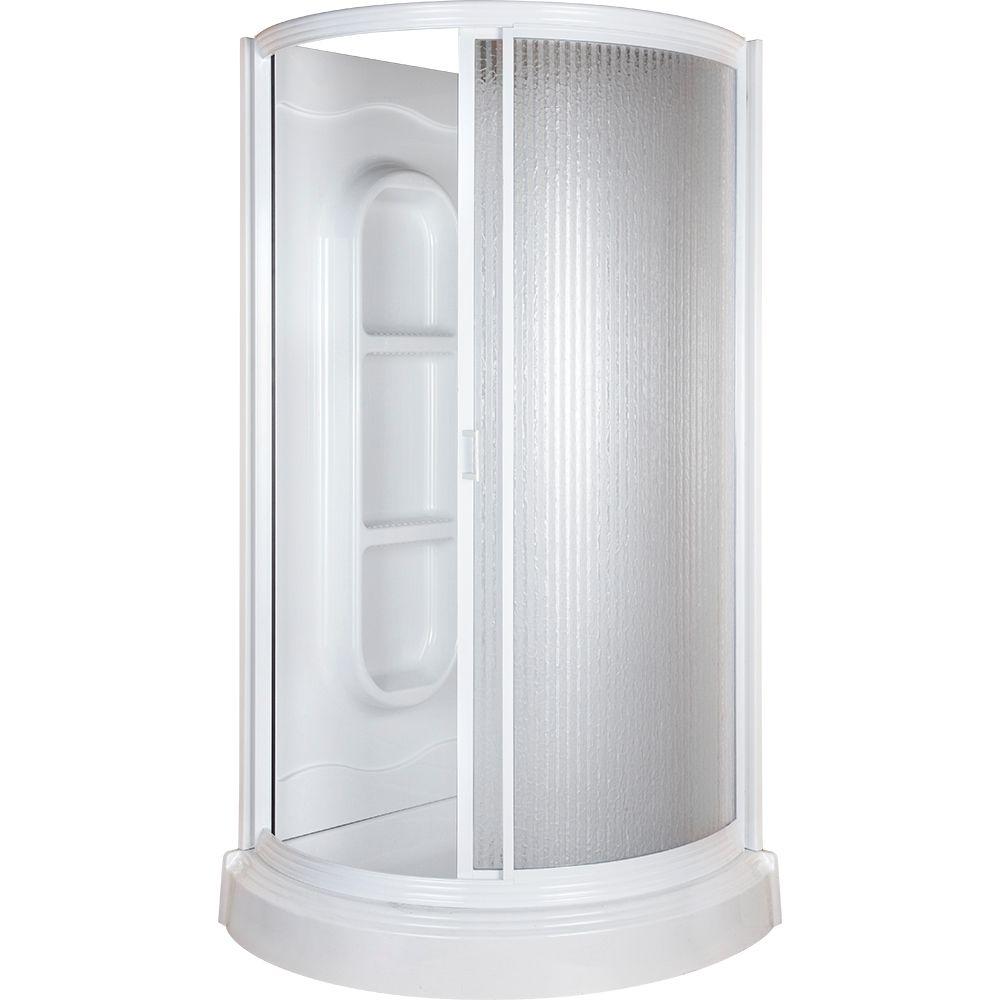 The floor in the shower has these stick on leaves that covered the majority of it and in the last couple days started to peel off. I've noticed before that the floor feels soft in places and sometimes almost has the sound of creaking wood in others. My original guess was that maybe the base was even framed with 2x4s and filled between. This is what the base looks/feels like. The blue circle is the drain. The brown lines feel like possible the supports as they are were it'll creak, but has the most strength. The areas between the lines are were the floor feels "squishy"/has some give to it. It was most likely installed in like 2006/2007 when the home was renovated, so now I'm almost guessing it might feel that way over water leaking into the base.. but I'm not sure of anything on it. 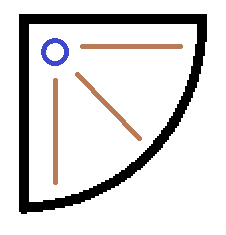 Originally I thought it was maybe just made to feel soft, but now that the leaves have started to peel off, we see that it appears to have cracked/been cracking before and the owners attempted to patch it with some sort of square white tape? I've marked them in the picture below with the black line around them. I'm not sure that it's leaking and I haven't removed all of the leaves yet to see the rest, but based on the feel and sounds of the base.. I believe there is an issue and I don't know that I trust that tape to be holding out water. What options do I have here to possibly stop any future cracking or water from leaking? Does anyone know why the shower would be making these noises/feel soft, is it accurate to blame water damage? Preferably I'd like to apply some sort of whole-coverage on to the base rather than continuing on with patches here and there. 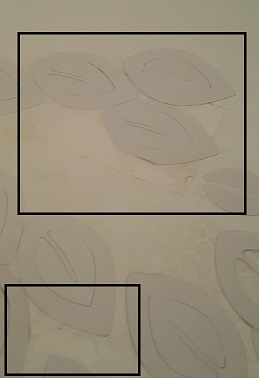 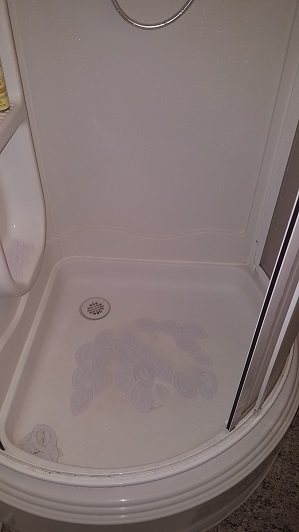 I went to my local hardware store and tried to find some options. I originally attempted an epoxy coat, but it did like was mentioned and quickly came loose and fell off because of the flexible base underneath. I then went back to try something else. I saw this stand for "Fiber Fix" and they had one called 'Rigid Patch' which goes on soft and hardens "like steel" in UV light in about 10 minutes. Completely waterproof and shown to patch canoes, wheelbarrows, water tanks, etc. I figured it was one of those typical as seen on TV items, but it was on sell and cheap so I figured it was worth trying if it did what it says it can.

They come in a black pouch with a clear film on it. They provide gloves and sandpaper as well for working with it. It's almost like a fabric when you get it out and is black on one side and gold on the other. The black side is what sticks and the gold fades away to clear when it's dry. You basically place it down on a dry, clean surface and then almost like massage it on from the edges in. The bottom black is gooey feeling and so is the gold underneath of the clear plastic. You try to smooth it on so that there aren't any air bubbles and get a complete seal around the outside. Let it sit in the sun for 10-15 minutes (or UV light in general) and it'll harden and the gold will disappear when it's done. I also noticed that it gets slightly hot itself while drying. My frosted shower door is between the base and the nearest window and this window isn't on the sunny side of the house, but it was still done in about that 10 minute time. After it's dry, you peel up the clear plastic from it and it's good to go. It feels like a fabric when putting it on, but is smooth like plastic when done. It completely sealed on around the edges, covered the holes, and actually has attached itself so tightly to the base that it doesn't really have any give where I placed the two patches.

To finish it off, I coated most of the shower base in Flex Seal. I'd never used it either and wasn't sure about it, but it also seems to work great. It does give more of a rubbery feel to everything and it takes a day to cure, but it seems like it worked.

It sounds to me like the mortar bed was skipped during install, and the floor of the shower is behaving exactly as the manufacturer warned!

I'm thinking that a fiberglass repair kit might be am effective "until you can do it right" fix. (Surfboards are made and repaired with fiberglass, and they have to be friendly to bare feet and waterproof, so it's a good fit.)

Fiberglass repair kits are super useful so you can find them online or in stores for under $20, and some that are specifically made for tub/shower repair. Multiply the length and width of your shower floor (in feet), and get a kit with that many square feet of cloth.

You'll have a slightly tricky job trimming the cloth to your shower pan, with a cutout for the drain. Key to working with the fiberglass cloth is a good sharp pair of scissors to cut it (dull scissors will ruin your day). Be sure to tape off the drain so resin doesn't drip in. Then just lay the cut cloth down, mix and pour on a little resin, work it in with a smooth plastic spreader (slowwwwww, gentle). Pour on a little more and work it in til all the cloth is saturated. You can soak up any excess resin you don't want dripping around before it cures-- I imagine a little resin will want to pool by the drain-- with a rag. Make sure all the edges of the cloth lie flat, or they'll be rough to walk on. When cured you can sand it gently and do another thin coat of resin if you want a smoother surface.

That might limp it along and take care of leaks until you can do what you really want to do, which is spend a lot more money. (right)

Not the answer you're looking for? Browse other questions tagged shower leak waterproofing or ask your own question.

6
How can I correct the slope of a marble shower sill?
4
How should I seal a shower base that is leaking?
4
Should the plastic walls of a shower kit have air bubbles?
0
Can I prevent my tub faucet from leaking by diverting the water to the shower, and shutting off the shower head?
3
Can I caulk over cracked grout (shower floor) as a temporary fix?
1
Shower floor slope
0
Water under tile shower floor
4
Basement shower tiled floor not sealed by builder what now
2
What is the correct material to reseal a shower pan to a drain pipe?