How can I choose the best lag screw / lag bolt?

I will be fastening Unistrut vertically along studs to facilitate garage storage, and want some guidance on choosing the "best" lag bolts to use.

I want them large enough to handle hundreds of pounds of shear and tensile load, but small enough that I don't significantly weaken the 2x4 itself.

2x4's are only 1.5 inches wide. And mine are hidden behind drywall on both sides, so I'm not confident that I can hit them exactly centered. I could be off a bit if the wood has knots or the 2x4's are less than perfect.

e.g. If I was a half inch inch off from center, and drive a half inch bolt, it probably would pop out the side of the stud, right?

What's the maximum percent of a structural member's profile you'd want to drill out to install a bolt before you'd worry about reducing the strength of the member? For instance, I'm sure it would be self defeating to install a 1.25 inch diameter lag bolt in a 1.5 inch wide stud, even dead center, because the remaining wood would be so weak you could sneeze it in half.

UPDATE: I went on to test four options:

I made four test jigs out of 2x4's. I assembled them perpendicularly to form a t-beam, but with a 5/8 inch spacer between to create a gap in which I could measure deflection. I pre-drilled the 1.5 inch thick top beam so that it woud not grep any of the threads. I also used the same 5/8" washers with all bolts. The perpendicular 3.5 inch beam was only pre-drilled for the traditional lag bolt, as the other three did not require it. This perpendicular bean gives the threads the full thickness of a stud to screw into as it would in a residential wall.

My results were as follows:

I chose the SPAX Lag as hands down the best choice. I will be using 7 along each piece of unistrut to firmly anchor each to the vertical studs, and also to the sole plates and double plates. I am confident that because of the relatively small diameter of the shaft of the SPAX Lags they will not meaningfully degrade the strength of the studs. And between their strength and the strength of the unistrut, the entire wall will be reinforced.

At this point my greatest concern is that I don't tighten them down so much that it pile drives the unistrut right through the drywall like its playdough. The SPAX lags have enough pulling force I wouldn't put it past them at this point to just crush the drywall in their way.

The GRK RSS were very stout feeling as well. I got the impression they would be better served in harder woods, or into concrete. GRK RSS felt substantially beefier than SPAX panheads. But the SPAX Panhead lags just worked out better in pine framing 2x4's.

The bigger question is how many vertical supports and how long are they? 1/4" lags 2” into the 2x4 has 510lb pull out strength (255lb/inch) put 2 or 3 in each piece of strut and each one can handle hundreds of pounds. 5/16” lags 266lb/inch; 3/8"lags 305lbs/inch. You don’t need a very big lag bolt when using multiples. My examples have a small safety factor added in and these won’t degrade the strength of the 2x4. I usually drill pilot holes, But not all brands of screws need pilot holes. The depth into the wood is the threaded part that provides the pull out strength over ½" sheetrock I would make sure to have at least ¾" -1” smooth shank that provides the sheer strength as the weak point is the start of the threads.

Studs in a wall are individual parts of a system. Unless you're talking about an unfinished load-bearing wall in a basement, for example, you have many studs, drywall or other sheathing, and possibly blocking or bracing all working together. Even cutting a single stud half way through doesn't substantially weaken the wall. There are many cases of 2" plumbing running through 2x4 walls with 2-1/2" bores in the 3-1/2" wide studs.

Your question should be simply, "what size lag screw is appropriate for my hardware and load?" If you properly pilot for the screws, you're unlikely to cause much damage to the studs, and you'll have a solid anchor.

If you found yourself needing a 1" bolt, you probably wouldn't be anchoring it to a 2x4 stud anyway. That bolt would tear the wall apart long before it would pull out. In that case, the load you're fastening to the wall is far too great and you'd seek other solutions.

I use SPAX or GRK construction lags for that type of stuff. They are extremely strong, and don't require pre-drilling. I have never broken one off.

You can get them at Home Depot. 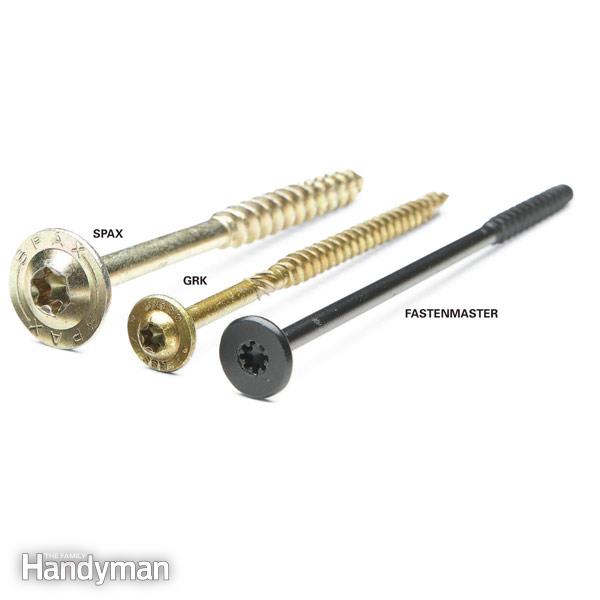 Not the answer you're looking for? Browse other questions tagged framing screws structural fastener or ask your own question.

3
How can I make self-tapping sheet metal screws go into metal studs more easily?
1
What is the optimal screw drive hole shape to get the maximum torque for a steel screw?
1
How should this vintage wall-mount sink be mounted? Does not fit standard cast iron brackets
3
How to calculate dead/live load on this 2x4 structure
1
What is the best way to add new stud framing above fireplace and tie it into existing framing?
2
Lag bolt vs structural screw (and length) for TV mount
6
Do lag bolts need to be centered?
0
Can lag bolts go fully through both pieces?
0
Best fasteners for french cleat wall