How to build a wall under duct work

So I'm trying to finish my basement. I have a conundrum as to how to build a wall under a soffit. Here's my situation - I have an HVAC duct that is running really close to the wall - like maybe 1.5" or less. I need to build a soffit around the duct AND build a wall under that soffit. Is it possible to attach a wall to the soffit? I was thinking that I could build a U, with a PT 2x4 on the back side (if it fits) and attach it to the joist at the top and to the wall at the bottom. I could then use regular 2x4 to build the rest of the U and attach the wall to the soffit. That doesn't seem like it'd be super stable How would I insulate behind the duct given that I might have less than 1.5" to work with?

Update: I measured on the open end and it looks like I have about 1", maybe 1 1/4" max, between the foundation wall and the duct.

Update 2: Not sure what pictures you wanted added, so here's 2. The first is the end of the duct line, the second is looking back at the duct running all the way back to the unit. 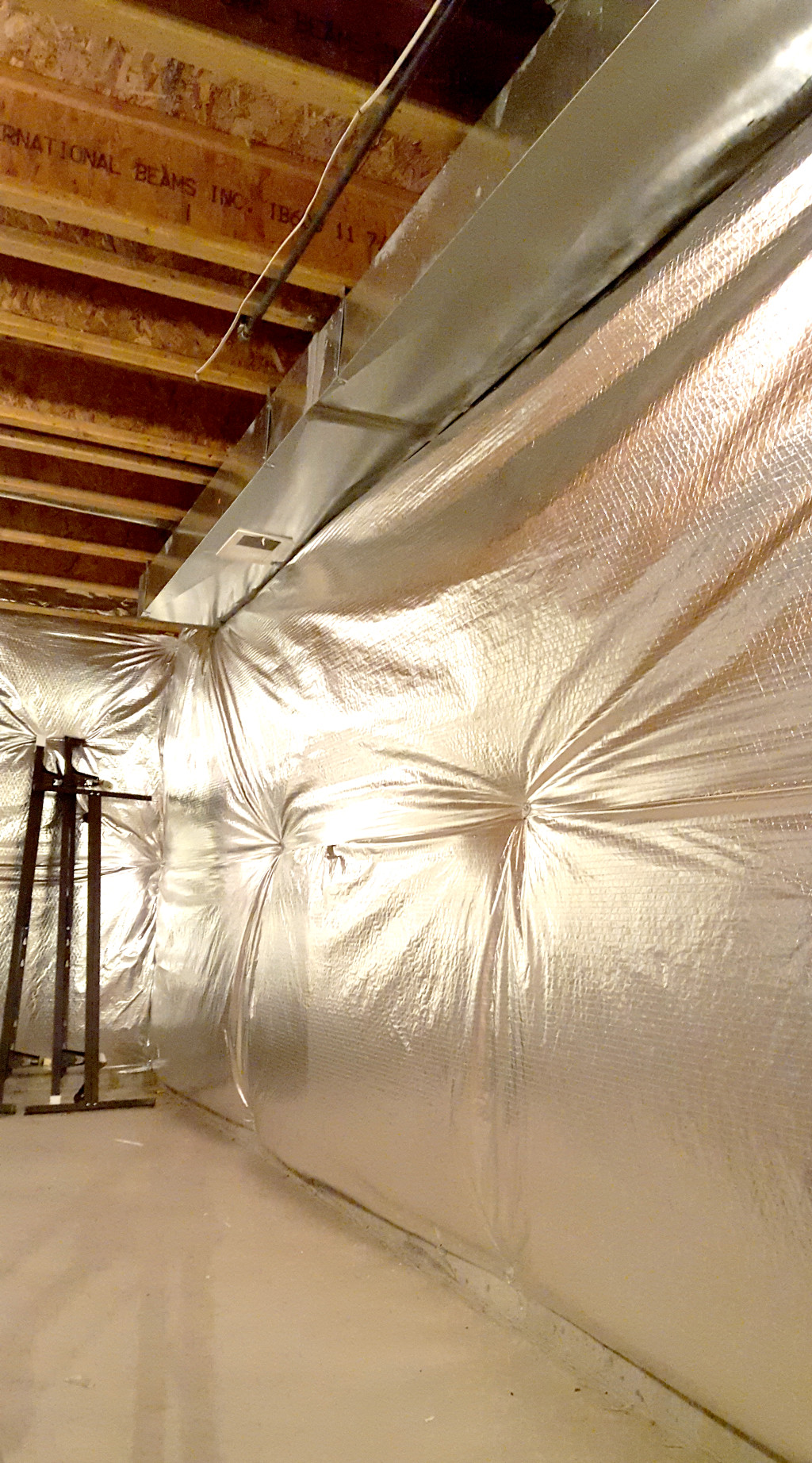 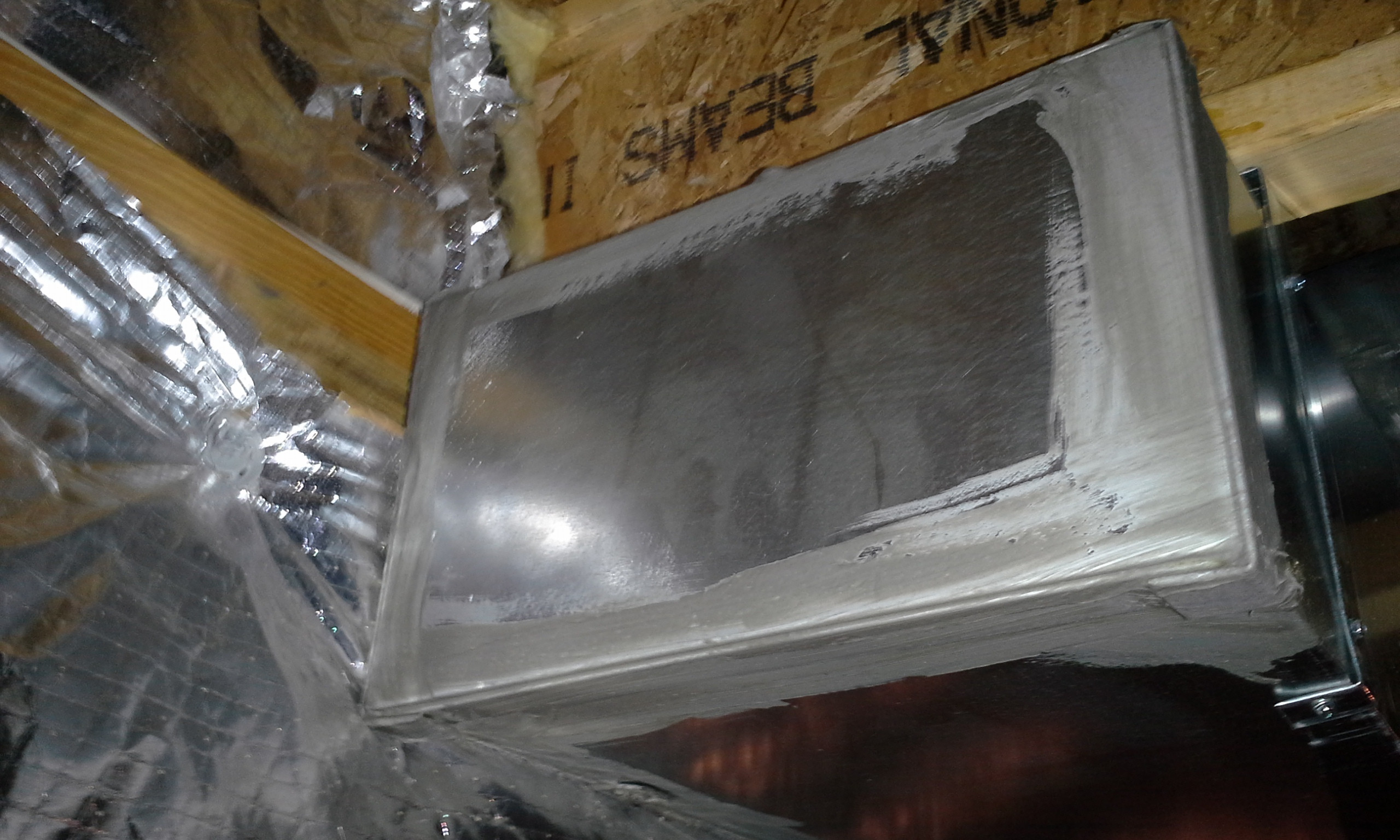 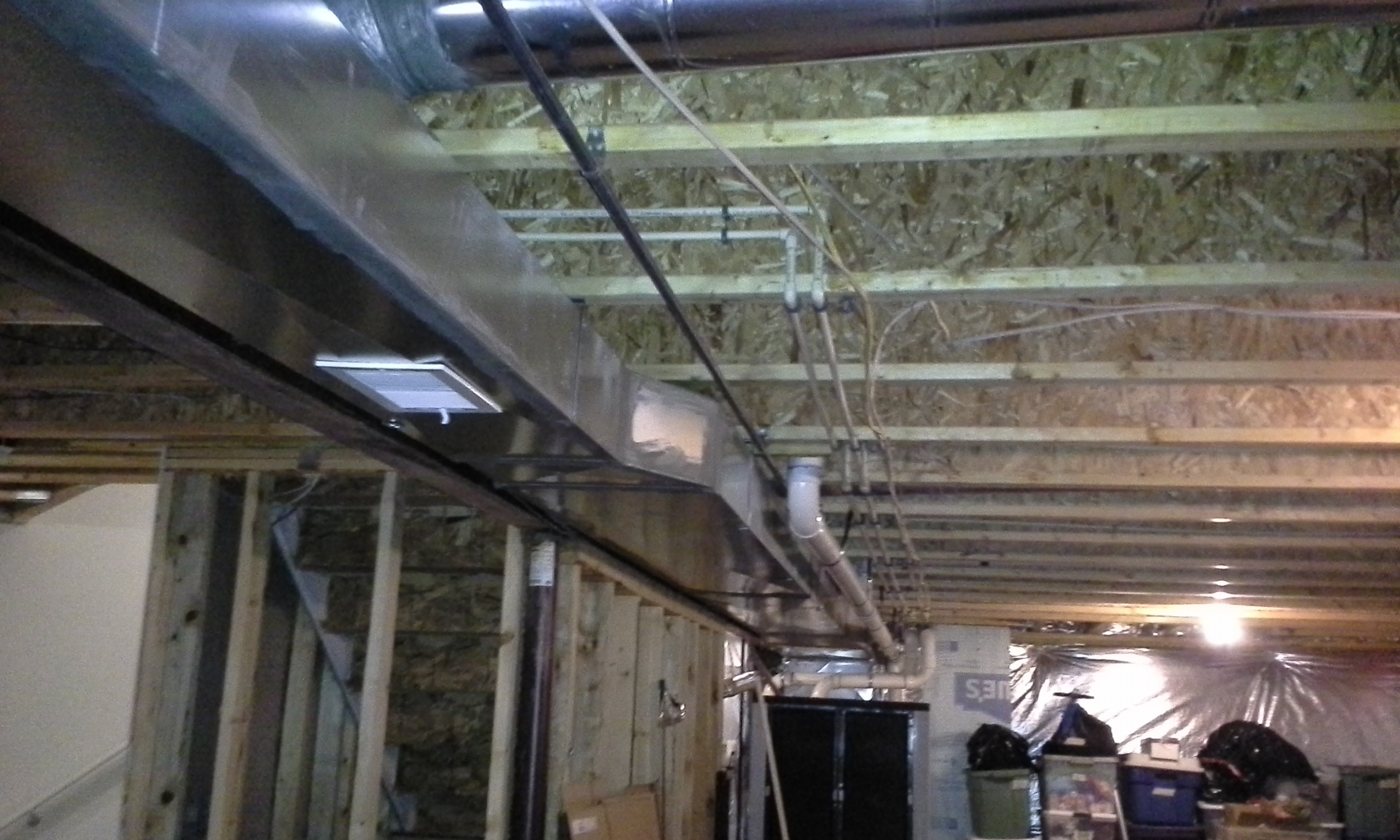 1 - Take the duct down temporarily or as needed.

2 - Build a flat wall in front of the duct, top plate to the left of the gas line & that wire, to then do closets under the duct.

3 - Do an open four or square four (not this pointy 4) without the top right back leg & of course a double long bottom leg.

I favor #3 & it should be plenty stable enough, good place for the TV or a bar. Use Fir studs instead of the cheap pine studs, much stiffer. You can also double the top plate for the left turn & double the front for the up-turn around the duct. I see the far wall that will also help. And, just insulate the face of the duct behind your wall.

If building-down the ceiling then I'd do that first, so you know if you're coming down enough & if anything has to be moved, but it doesn't really matter if you can measure.

Not the answer you're looking for? Browse other questions tagged insulation basement framing or ask your own question.

4
How do I drywall a corner with a lally column?
0
Do wires running attached to joists need to be protected?

2
How should I build a low profile stud wall in a basement?
3
Attaching non-load bearing walls to steel I-beams
3
Need to install wood framing in a pipe filled wall to be able to hang shelving
0
soffit to attic access on gable end?
1
Interior wall construction - Is it possible for this to be load bearing?
1
Finishing basement - run electrical to stud wall below steel I beam
1
Help me build this soffit
1
Framing around PVC pipe
0
How do you build a temporary support wall for a stick-built roof?