Are those theads setting properly?

I'm practicing some connections on water lines, but I'm a bit worried the parts I have are bad. 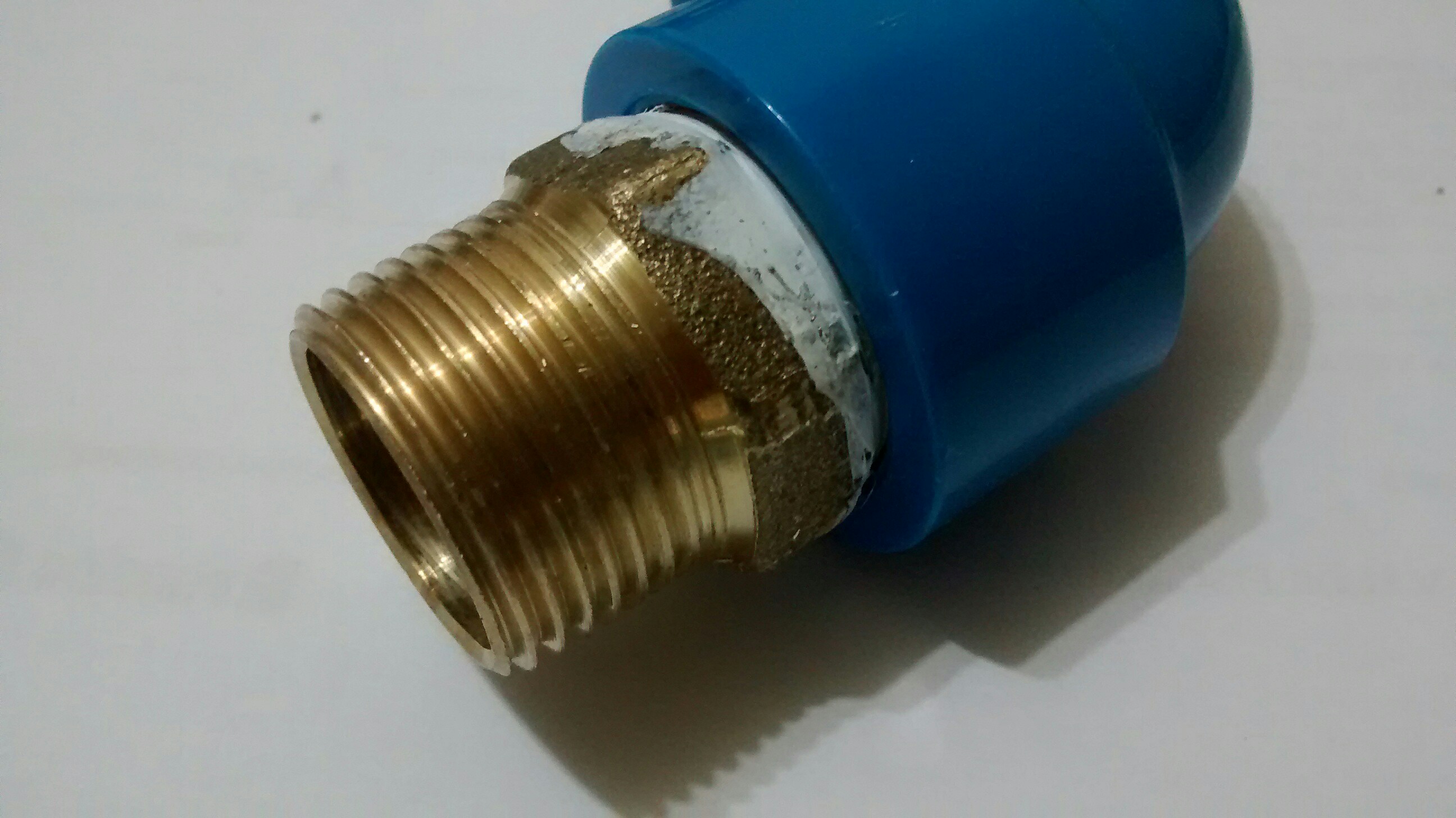 Here I finger tight the parts and then was able to do just a half turn with the channel lock before felling like it was "right". I'm not sure if that was enough or if I hit the "neck" of the male threads.

Below I show how the tape got after that, in the left side I used 15 turns of tape and on the right side just 5 turns. Both were cut around the last thread, does that indicate that the seal was done? How much tape is enough? 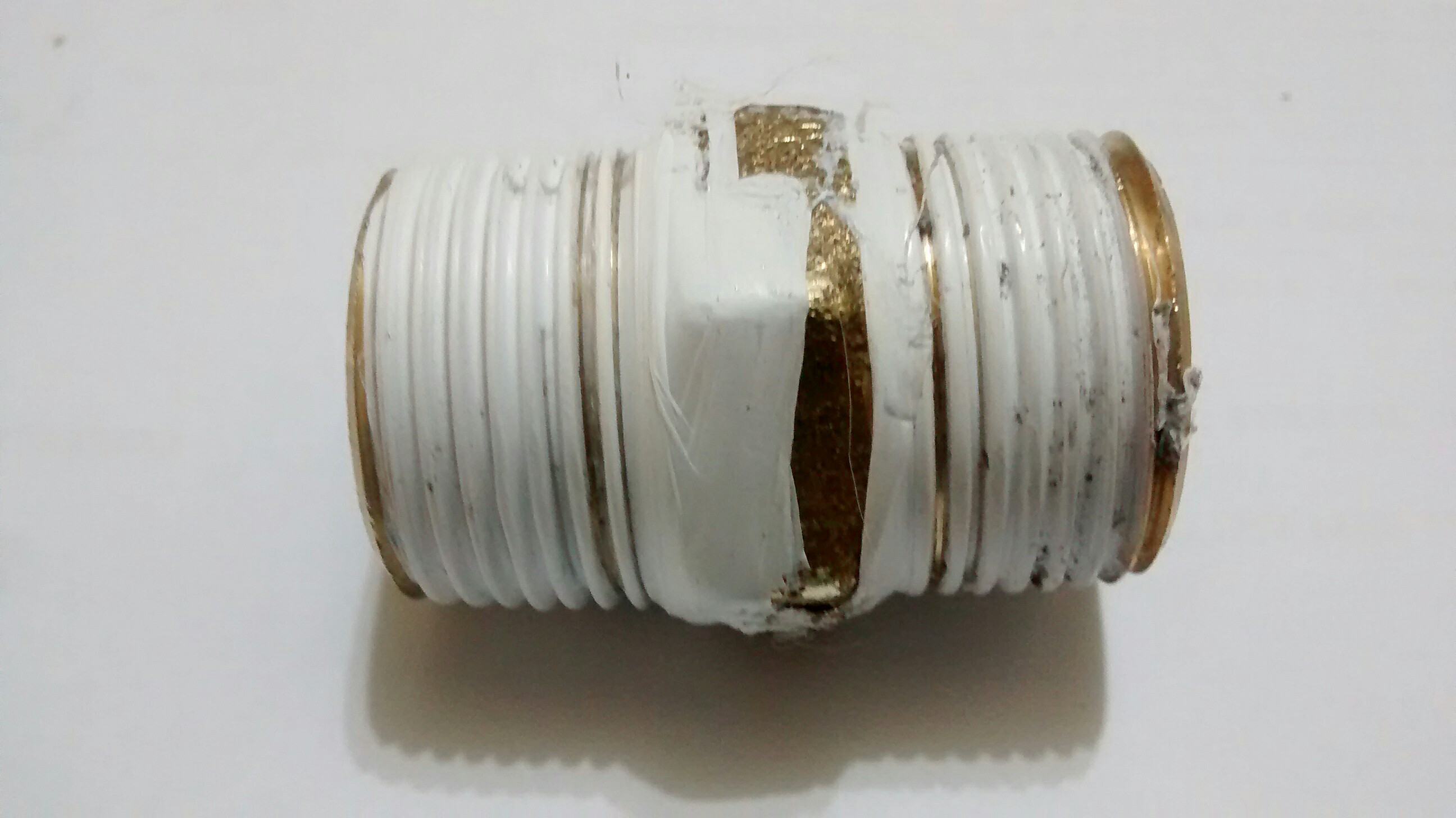 Luiz, to me this looks like it is not sealing and the pipe Dope liquid really doesn’t do much better than PFTE tape. I have had better luck staying with plastic 100% or metal 100% until the final fitting used to connect the shutoff valve. The PFTE tape should be “chewed up” when you put on the fitting, if not the 2 different sizes are not sealing and may very well leak. I have seen this same thing when folks use electrical couplings for pipe (they are not tapered like normal pipe couplings) and they started leaking after the walls were closed.

Not the answer you're looking for? Browse other questions tagged pipe or ask your own question.

12
How tight should threaded brass pipe fittings be?

1
Proper way to join PVC pipes to brass ball valve
0
Is this iron pipe lamp grounded/insulated enough to be safe?
1
Going from a PVC Sched 40 1-1/2" PIPE to a 1/2" Poly Combination Elbow
4
How to seal straight-thread faucet shank / nipple to the faucet?
1
What is the significance that "no blade is involved" in threading pipe?
0
Tub faucet pipe too long
0
Drilling above laundry, hit something hard
2
How do you control what angle plumbing joints go in at?
0
Can't get NPT connection to not leak
1
how should I handle this into-the-wall section of the refrigerant pipe insulation?