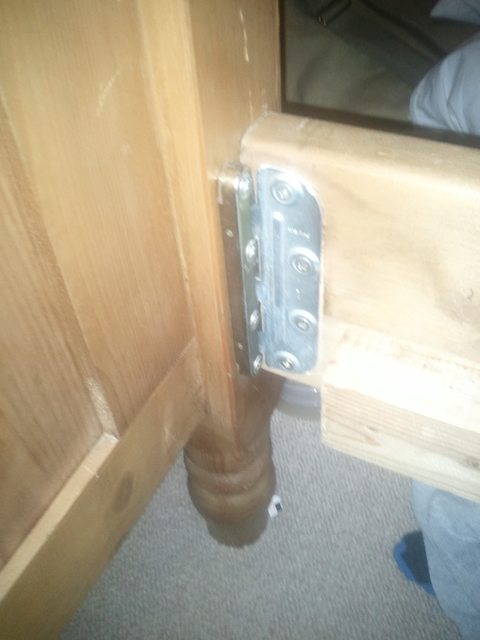 belindabelinda
1
1
Add a comment  |
Highly active question. Earn 10 reputation (not counting the association bonus) in order to answer this question. The reputation requirement helps protect this question from spam and non-answer activity.

114
When should I not use WD-40?
0
Constructing a simple silent bedframe: felt pads for connecting surfaces?

2
How can I make my bed non-box-spring frame stop squeaking?
2
How can I update this very stubborn antique bed frame so the mattress fits properly?
5
How do I prevent doors on a media cabinet from sagging?
4
How can I raise my bed frame cheaply?
4
Can I use bolts to attach a bed to the walls of my room?
1
Bed frame legs don't touch floor
1
Disassembling a bed frame
1
How to take apart this bed frame joint with hidden screws
1
How to Stop Squeaking of a Lofted Bed
1
Taking apart wood bed frame with no screws