Why would a patio heater slowly die out over time?

I have a propane (not LP) patio heater similar to this one... 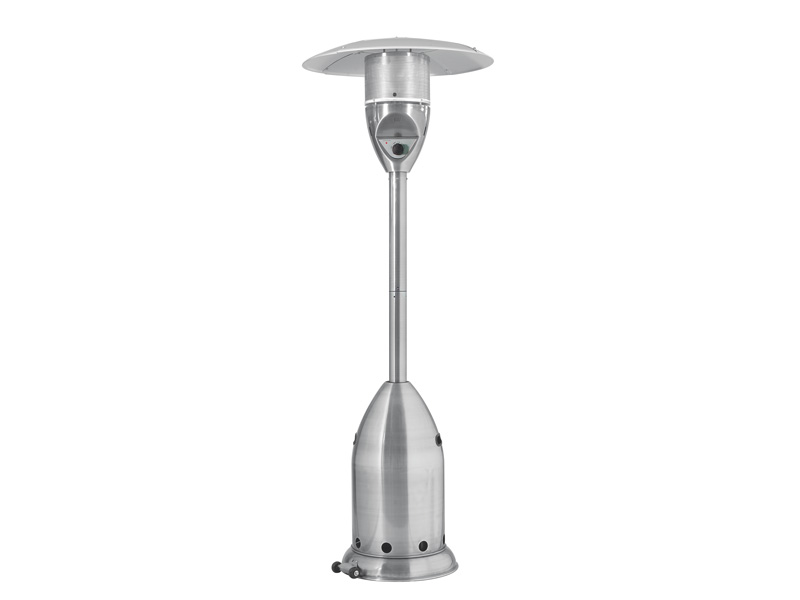 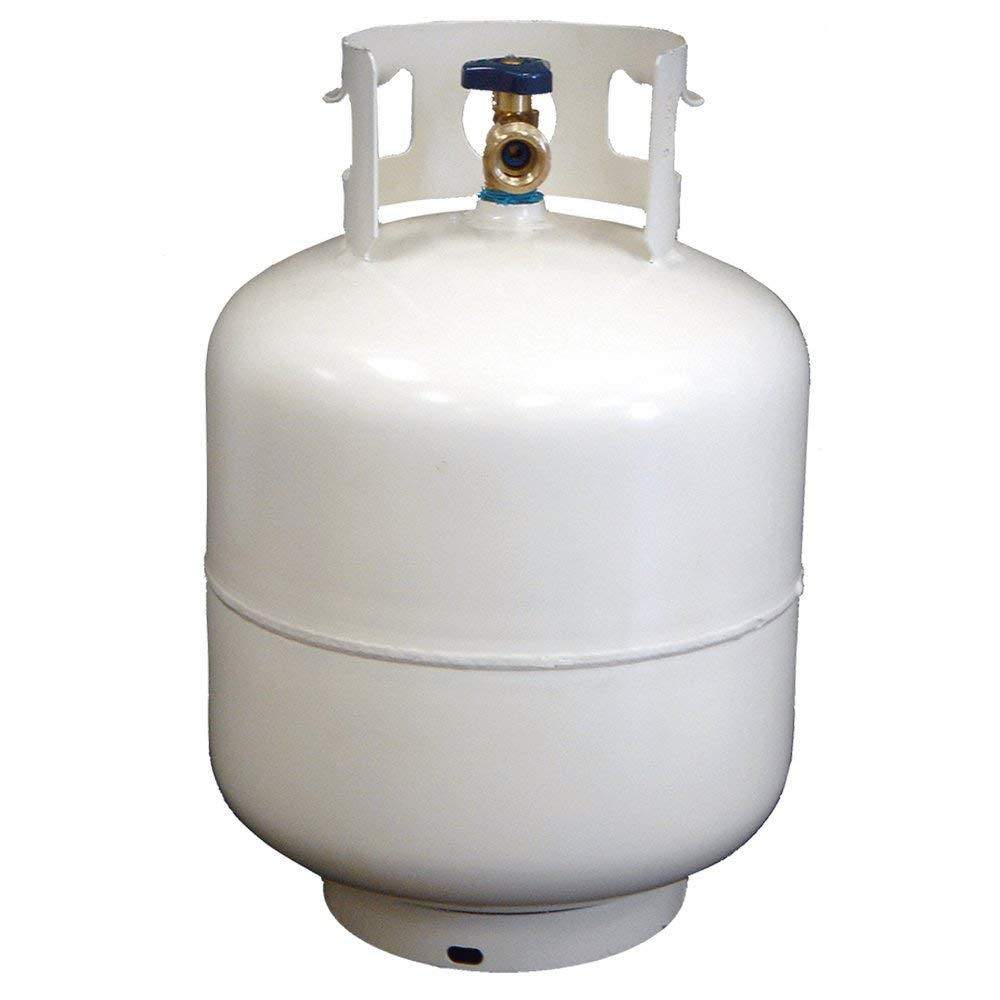 I have an issue where the flame will slowly die down over a period of time. Let's say within 30 minutes it goes from full flame to something that barely stays lit. When the flame gets tiny, you can hear the propane hissing through the lines like it's being restricted.

If I wait an hour, I can re-light it and it's full strength again for a while and within 30 minutes, the problem will repeat.

I've disassembled and cleaned it out a couple times but this problem continues. The unit is never stored outside, however, I got it used and it's always had an issue staying lit. I have not yet replaced the thermocouple because the previous owner claimed this was already done.

I'm looking for troubleshooting suggestions that will conclusively narrow down the source of the problem and/or cleaning tips. The gas orifice at the pilot is too small for a pipe cleaner, but I've already tried solvents such as carb cleaner and it makes no difference.

The pilot is blue with an orange tip. When first lit, the burner flames are blue, but as it dies down, the tips turn orange.

What I don't understand is why it performs great when it's first lit. I'd think if this whole problem was caused by dirt, the flame would be restricted all the time.

Can anyone shed some light on this?

There seems to be a lot of confusion here. This unit is 8 feet tall, 40,000 BTU, only uses a 20-lb PROPANE tank, and this problem is occurring in ambient temps in the upper 50's and higher.

As per nameplate on the heater-

Tried out this $10 regulator from Amazon, which is rated for 11" W.C. up to 80,000 BTU, just to see if it works, and it seems to have solved the issue. I know it's been a while since asking the question, but I put this thing to the side as a low priority since I had no solid method for troubleshooting other than guessing and part-swapping.

Flame stays blue the entire time, and on low setting, the tips are orange. The pilot flame is mostly orange now. See photos below. Not sure if that's normal, but the unit seems to be staying lit now and properly operational. I have not fully tested it on colder days so I will update this if needed. Tested in the 30's, and it still seems to work good. 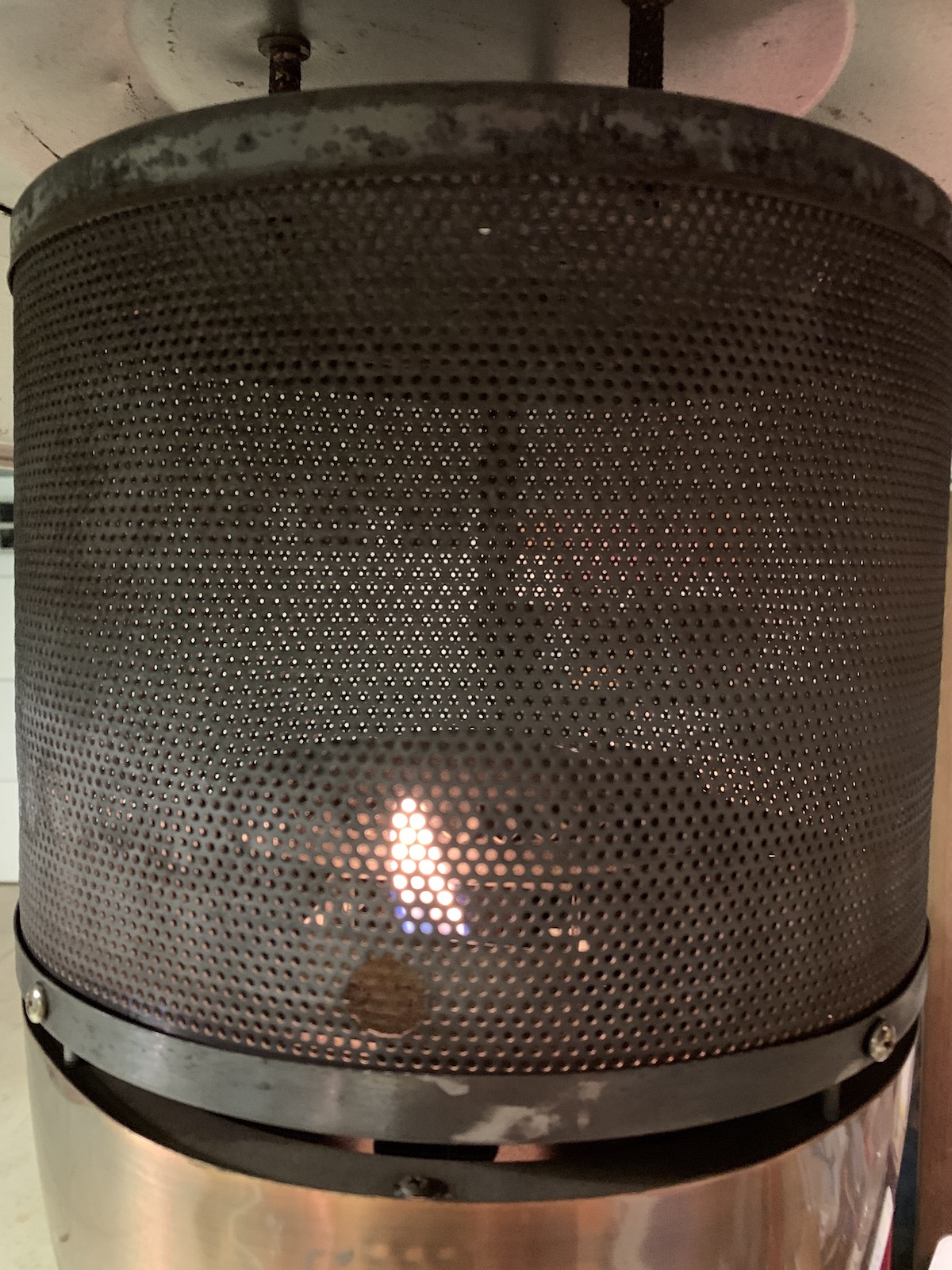 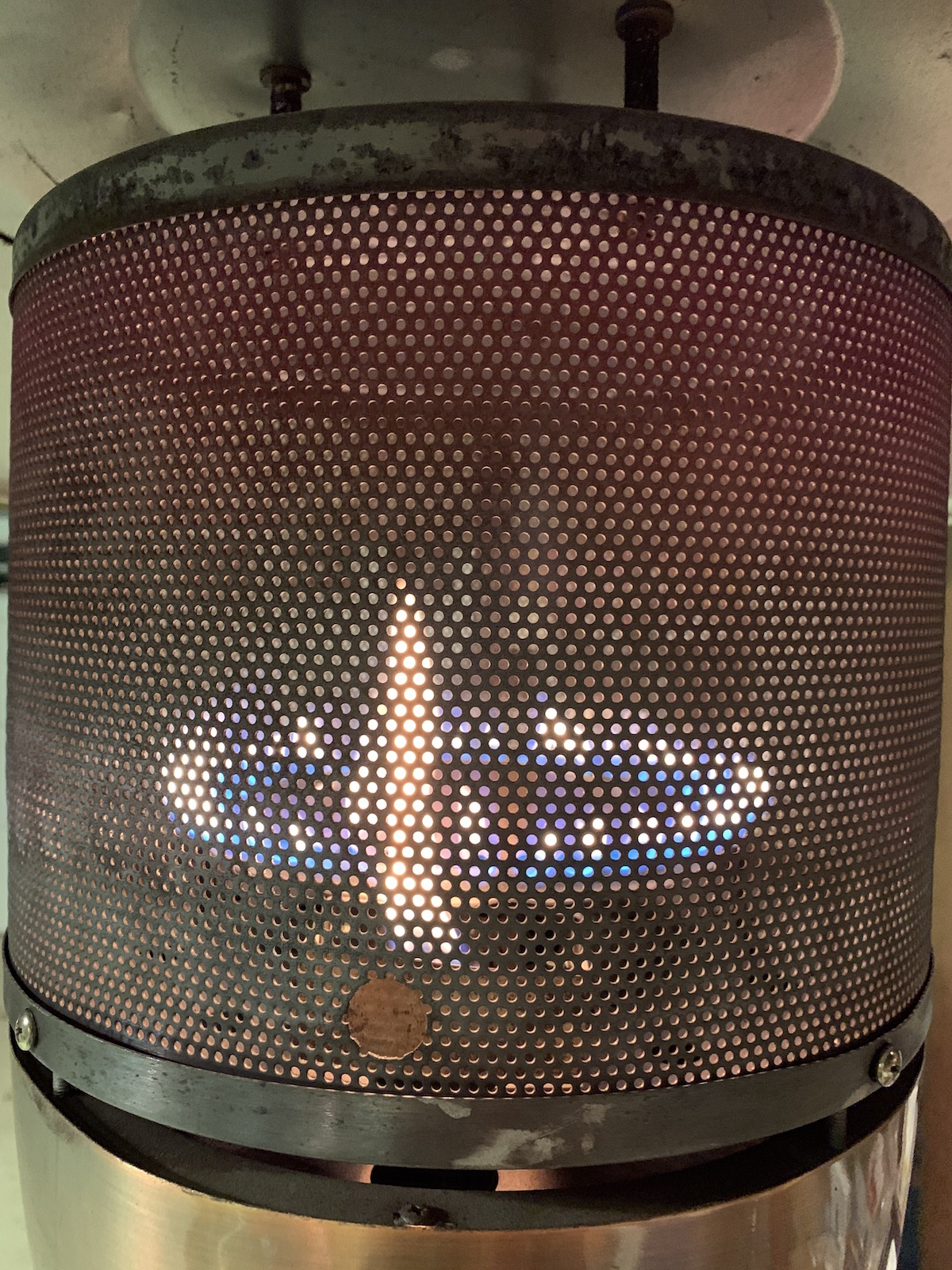 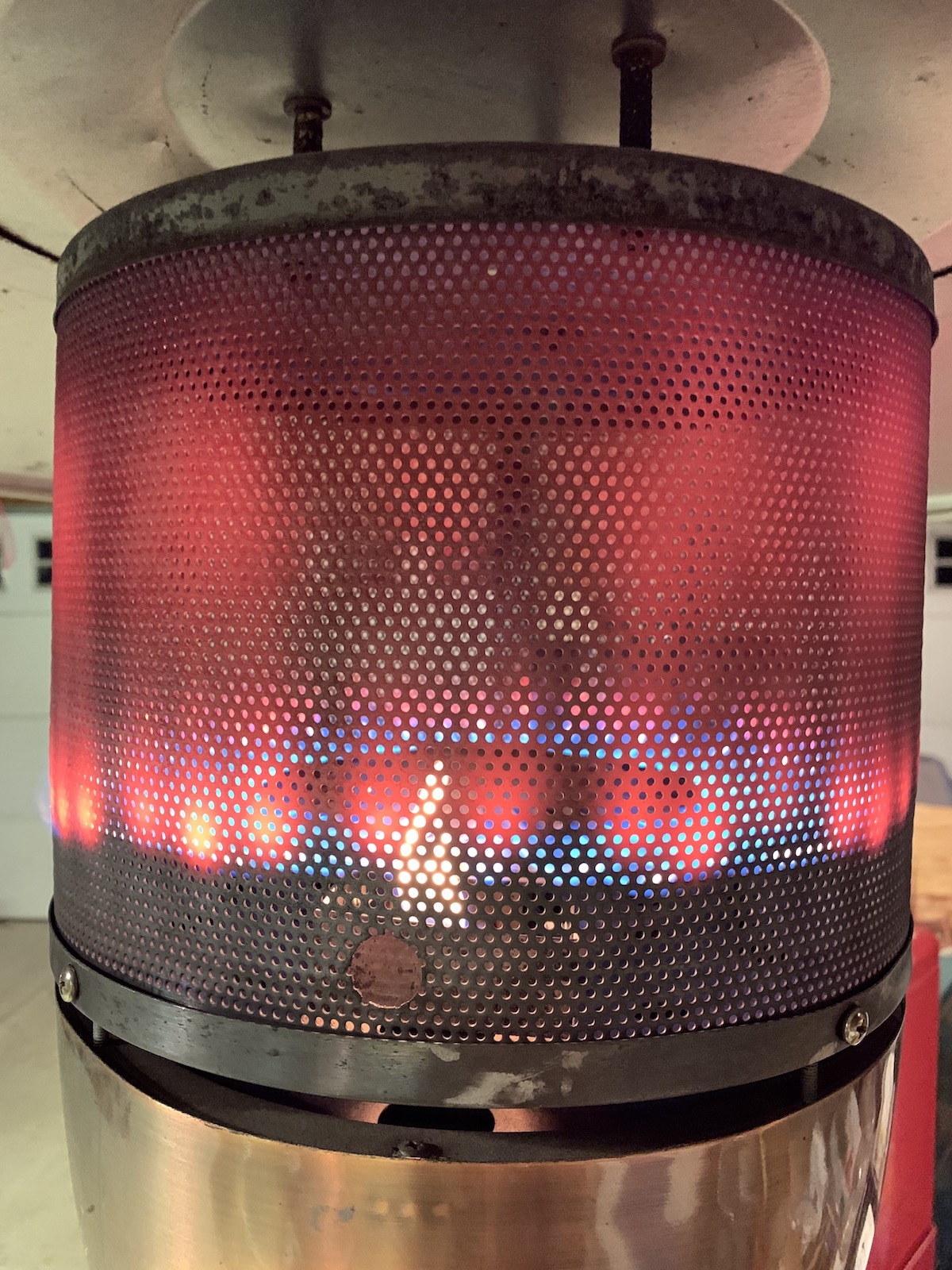 If this is the case, the initial proper operation followed by diminishing performance is explained by the volume of gas in the 8' tall hose assembly, with a slow reduction in adequate volume being delivered by the undersized regulator. I had your exact problem when I attempted to swap out a leaky patio heater regulator with a BBQ regulator that had a different pressure setting.

It's worth checking, anyway.

Not the answer you're looking for? Browse other questions tagged patio heater propane or ask your own question.

2
Do I need to 'burn out' the LP in the gas lines prior to swapping out an appliance?
0
Gas fireplace won't run/turns off when fan switch is in the ON position
0
Gas fireplace flame won't stay on; both flame and pilot go out
0
Propane fireplace lights up, but turns off after 5-20 minutes
0
Should my patio heater rod wobble?
0
LP fireplace: My pilot and burner both shut down
0
New Goodman furnace installation won't light