Hot Water Tank limit switch tripping, but not over heating?

My just over 2 year old, professionally installed gas hot water tank frequently loses the pilot light. I've had the installer come out 4 different occasions to look, and every time, he's stumped at what the problem could be. He blames it on the pilot light blowing out because of wind gusts, or dust, or starvation or any number of things that are not tank related, and therefore not his responsibility.

As this was my childhood home that I just bought from my parents, I know the previous two hot water tanks lasted a total of 36 years, in the exact location, under the exact same conditions. The pilot light on those two went out exactly once, and that was when gas to the whole neighbourhood was shut off after someone was digging where they shouldn't have been.

Yet, this tank has shut off at least 8 times in under 30 months.

I've recently discovered that it is a limit switch that is causing the pilot light to go out. I can't prove it, but I don't think the tank is getting too hot; the water temp is kept quite low (slightly under 120 degrees), it seems very consistent temp when you use the hot water (aka it not's violently hot from time to time), there is excellent fresh air intake, a smoke test shows the flue is clear, etc.

It's just this little switch that pops: 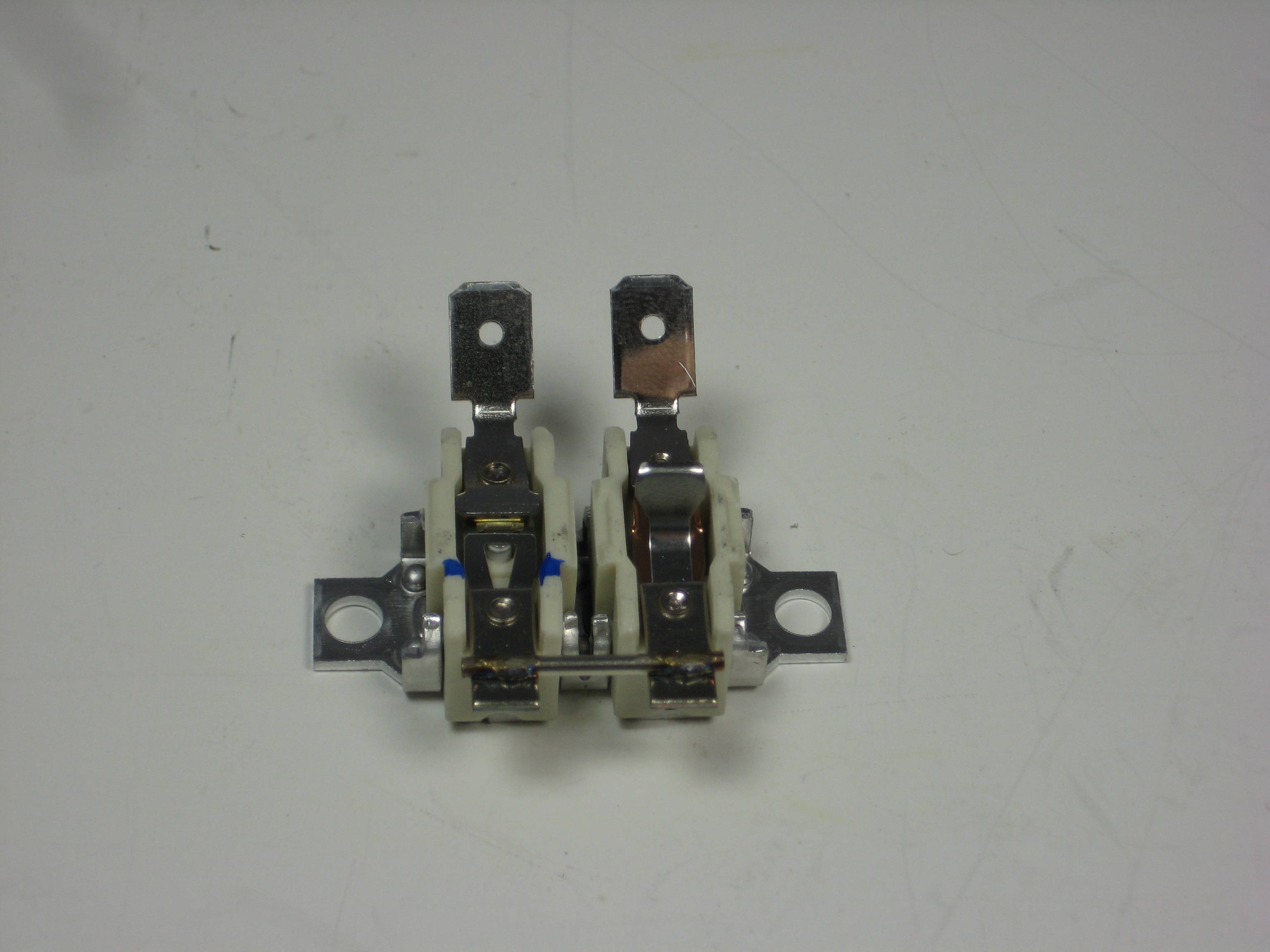 Once I press the the little tab on the top right side of the switch, there's a physical 'click' and then then the pilot light can be lit once more.

I've told the plumber about the switch, and he says that it's impossible that it could be the "high limit" because I'd have to replace the whole gas valve. When I show him that is this little switch, and I can reset it it, he tells me that the switch is not resettable.

So, my question is—besides needing a new plumber—do these little switches ever go faulty? Can this switch, which is 100% resettable just be a lemon? Is it as simple as ordering the part and replacing it by re and re-ing the two screws that hold it in?

The pilot light has gone out 3 times in the the last 3 days, including twice today (once over night when no one was using any hot water!) and each time I have done the following little routine:

I figure that if I can easily replace the limit switch, I can eliminate it as the source of the issue. If the tank is actually overheating, the new limit switch will pop too, right?

If it helps, the exact model of hot water tank is here:

By the way, sorry for the novel. I've just been so frustrated about this tank, I wanted to make sure I got all the details out. :)

That limit is part of the Flammable Vapor Ignition-Resistant (FVIR) feature, which is required on all modern water heaters (since July 2003). This particular limit, is designed to detect when there's a problem with inadequate combustion air.

Causes of inadequate combination air include, but are not limited to:

Make sure you're not storing anything that could cause flammable vapors to be near the heater (gasoline, etc.).

Make sure the exhaust vent is sized properly, and is not blocked or obstructed.

Make sure there's an adequate source of makeup air.

Make sure the lint, dust, and oil screens clean.

This is a fairly modern safety system, so it's no surprise that the old heaters didn't have the same problem.

Provided that you have inspected the environment thoroughly and found that the air supply is solidly non-flammable and there is adequate airflow as outlined by @Tester101, the part is only CA$22.00 here (US$16.00) and there is a high probability that it could be defective, go ahead and replace it.

Not the answer you're looking for? Browse other questions tagged water-heater hot-water or ask your own question.