Hi have have 3 new ceiling fans that have a pull switch cord for the light and fan. I am wanting to change them to a hard wired switch on the wall and a light switch. They have 3 speeds and have lights attached. Anyone that could help, thanks Stella

The first step is to decide where you wan the switch. Once you've decided, you'll want to cut a hole in the wall large enough for a double gang electrical box. An "old work" box is a good choice for this project, since it will be difficult to attach the box to the farming due to the walls being covered.

To control the light and fan independently, and meet National Electrical Code standards. You're going to have to have four current carrying conductors, and one grounding conductor between the unit and switches. You can use 12/4 with ground, 12/2/2 with ground, or two 12/2 with ground NM-B cables, install conduit and pull individual wires, or use any other type of acceptable cable with the proper number of wires.

The switch to turn the light on/off, can be any type of single pole snap switch. The switch for the fan can also be a snap switch, if you wan to use the pull chain on the fan to control the fan speed. If you want to control the fan speed from the wall switch, you'll want to install a fan control switch instead. If you only want a single gang switch to control both, you can install a single gang electrical box, and use a special ceiling fan control switch. 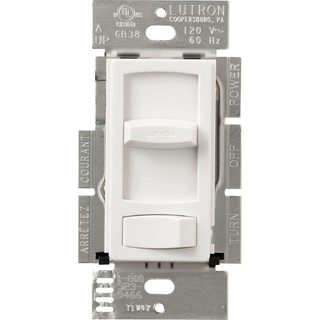 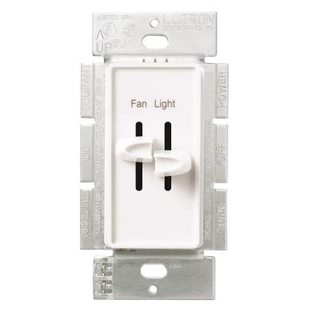 If the ceiling fan is currently wired without a wall switch (as this answer assumes), you'll find that there should be three bundles of wires in the box. There should be one ungrounded (hot) bundle, that is likely made up of black wires (assuming US). One grounded (neutral) bundle, made up of white wires. And finally a bundle of grounding wires, made up of bare or green wires.

For simplicity in the following wiring description, I'm going to assume you chose to use 12/4 with ground NM-B cable.

WARNING: Make sure you turn the breaker off, and verify the power is off before beginning. If you don't have the tools or knowledge to complete the work, don't hesitate to contact a local licensed Electrician.

Connections in the ceiling

Connections at the wall switches

If you don't want to fiddle with running cable, you can go the wireless route. Yo can chose either ceiling fans with wireless units already installed, or buy aftermarket control modules.

To install a fixture with a pre-installed wireless module, follow the manufacturer's installation instructions that were included with the unit. There's a few variations, so I'm not going to go into detail of each one.

To install an aftermarket wireless module, follow the manufacturer's installation instructions that were included with the unit. Again, there are a few variations, and I'm not going to go into detail here.

Once the wireless module is installed, pair the remote to the receiver by following the manufacturer's instructions (might require setting dip switches). Then install the remote wherever you want.