Is this dimmer switch wiring correct?

When I opened it up, however, I found this: 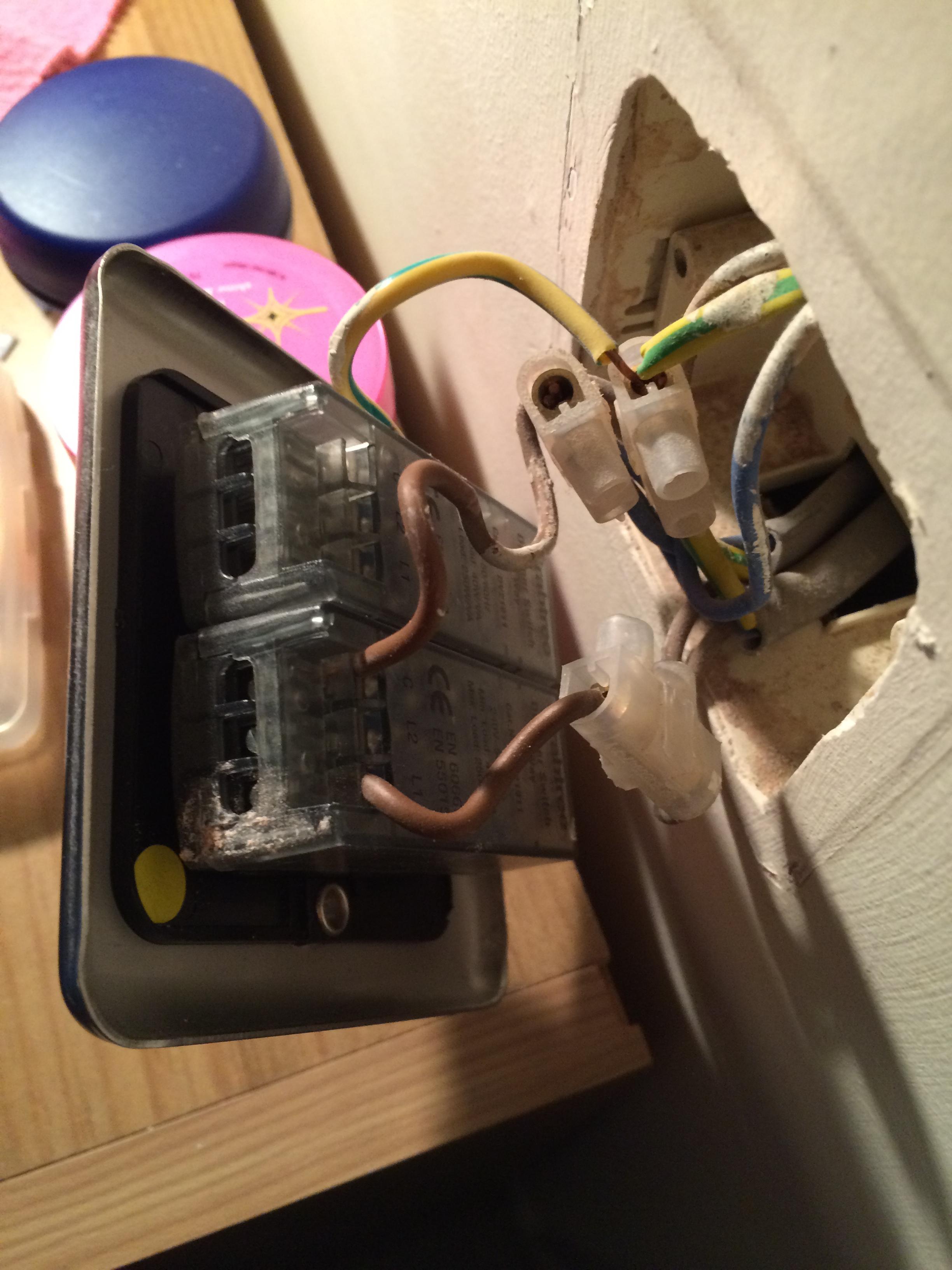 I can't quite fathom how two live wires can go into the same dimmer. What's going on here? Could it just be a wrong coloured wire?

The hot goes through a switch, including a dimmer switch. So it's always a hot feed in and a switched hot out on a simple spst switch.

Not the answer you're looking for? Browse other questions tagged wiring dimmer-switch or ask your own question.