Do I need a header when non bearing wall

I've opened up a lath and plaster of a non bearing wall in my home built in 1924 (had a structural engineer look at it to confirm) but only partially - 5" under the molding (10" height). This molding I would like to keep. Also, due to electrical wires/outlets that are still needed, I would like to keep the wall as a U shape opening with lateral widths of less than 12" (as slim as possible without becoming an eye sore). Studs are 2"x4" at 12" on center.

The structural engineer said that I don't need a header to support the teeth studs that will result from the opening. Is that true ? The opening is rather large, over 10'. To be safe, should I still put a header? If so, what would be the minimum height I would need.

Edit: I remembered I had a photo taken while taking the plaster and lath down. 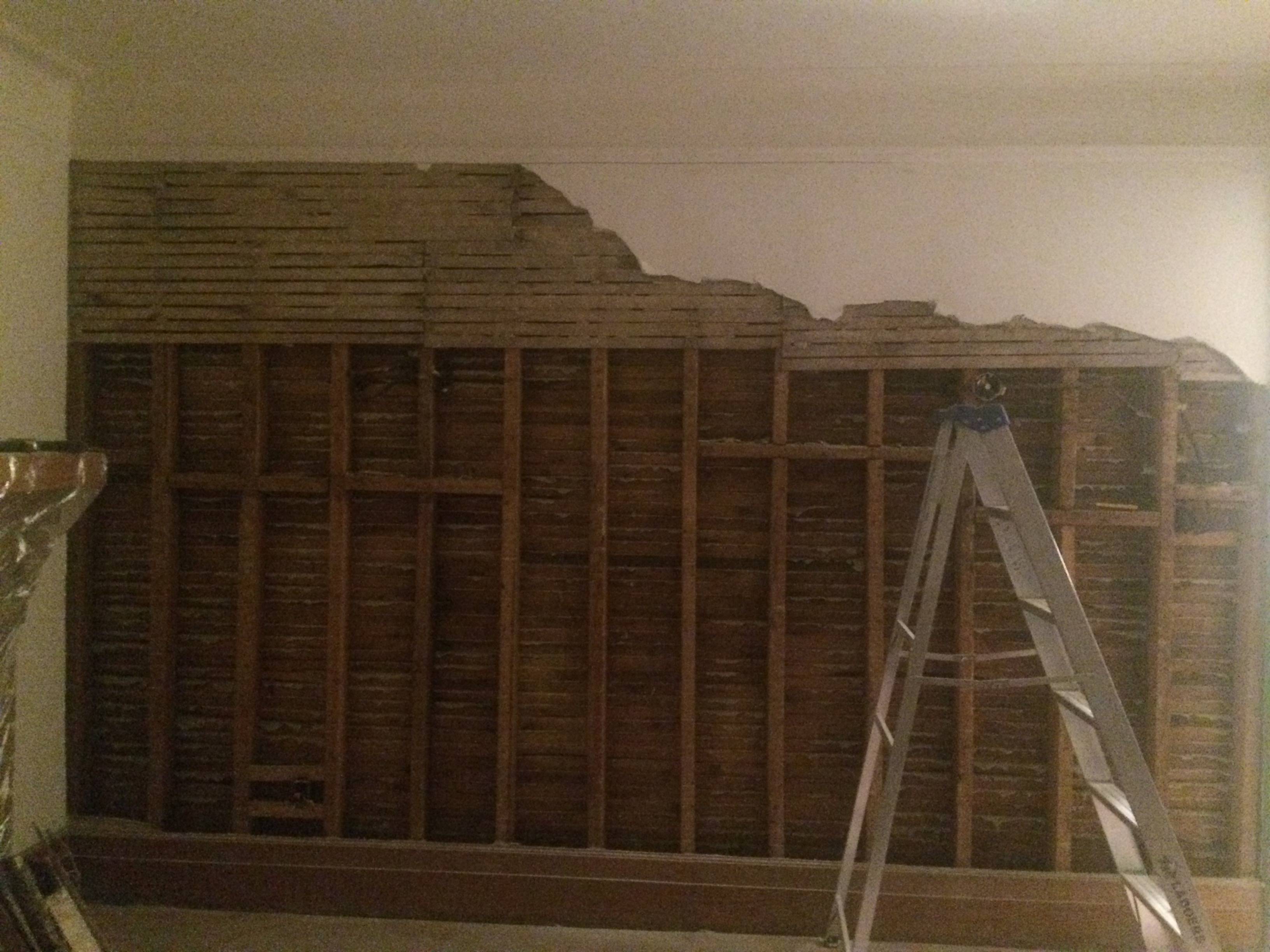 If it were me, I would use 2- 1 3/4'x5 1/2' LVLs. They shrink very little, hold up more than you will ever need for the dead load of the wall. The crown is attached to the wall, but it should be attached to the ceiling as well, at least a 5" crown should be.

Before setting the beam, cut the studs level, and if possible, preload the beam/header by shimming the cripple studs, to insure all are snug/tight to the header.

I'd suggest making a 'beam' out of the 2x4s you're taking out. This beam will only have to carry a tad more than its own weight. And those studs are likely old grown so pretty solid to begin with. Lay the 2x4s on their edge and glue and nail together (overlapping as needed to reach the 10').

Aesthetically, however, I'd strongly suggest leaving a few (4?) inches below the crown molding to give the impression that there's a structural beam there. Otherwise, the molding wouldn't seem to have a purpose just floating there off of the ceiling.

Not the answer you're looking for? Browse other questions tagged drywall walls or ask your own question.

8
Can I install drywall on the ceiling, without removing crown molding?
0
Removing a wall to the ceiling / roof
1
Weight distribution in load bearing wall?
0
Securing French cleats to drywall over lath and plaster with structural screws
3
Attaching drywall to cracked/sagging plaster ceiling?
0
Are these walls load bearing
1
Is a header needed for this load bearing wall?