Our bathroom has an Omnia brand privacy knob that I can't figure out how unlock from the outside of the bathroom. 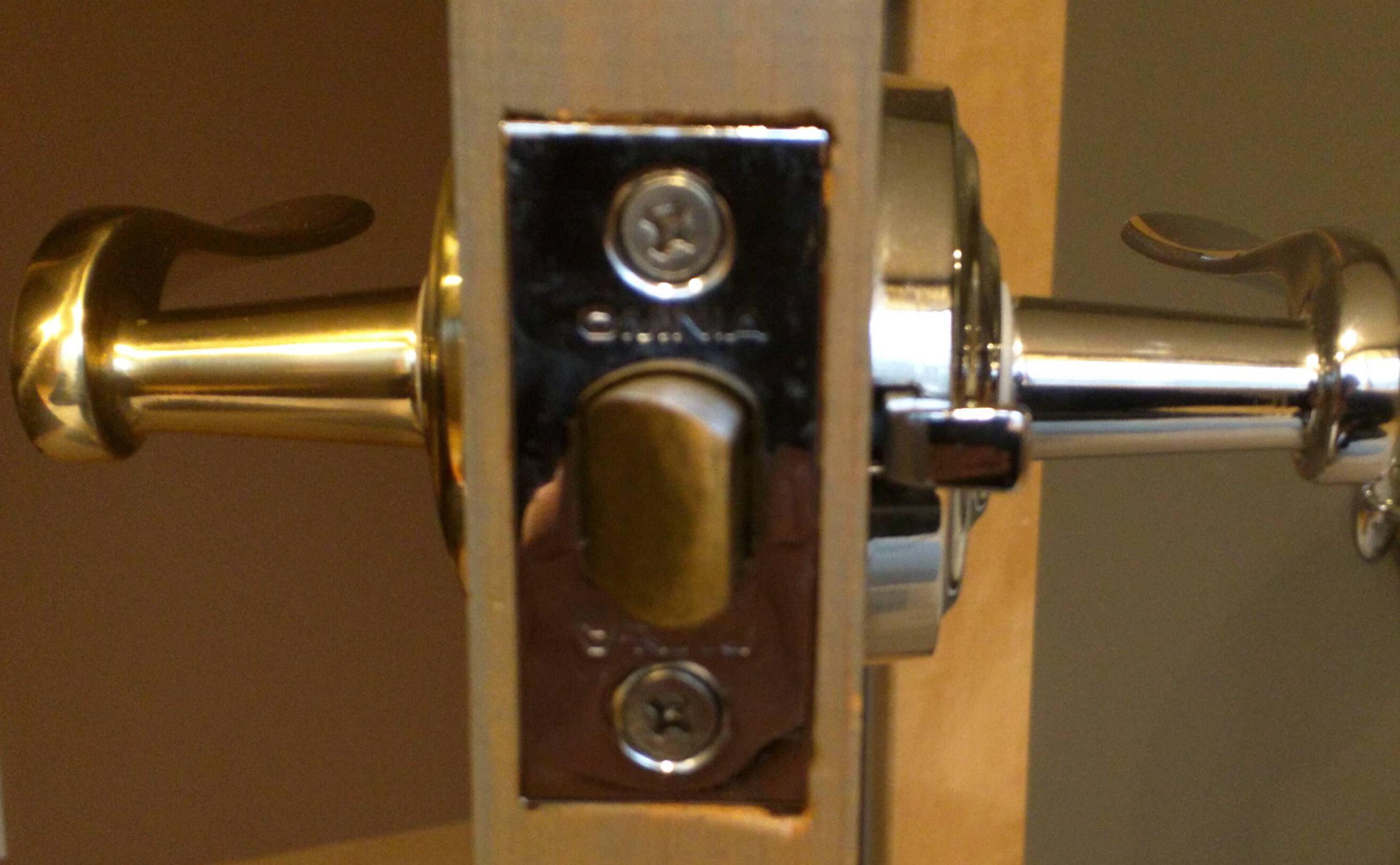 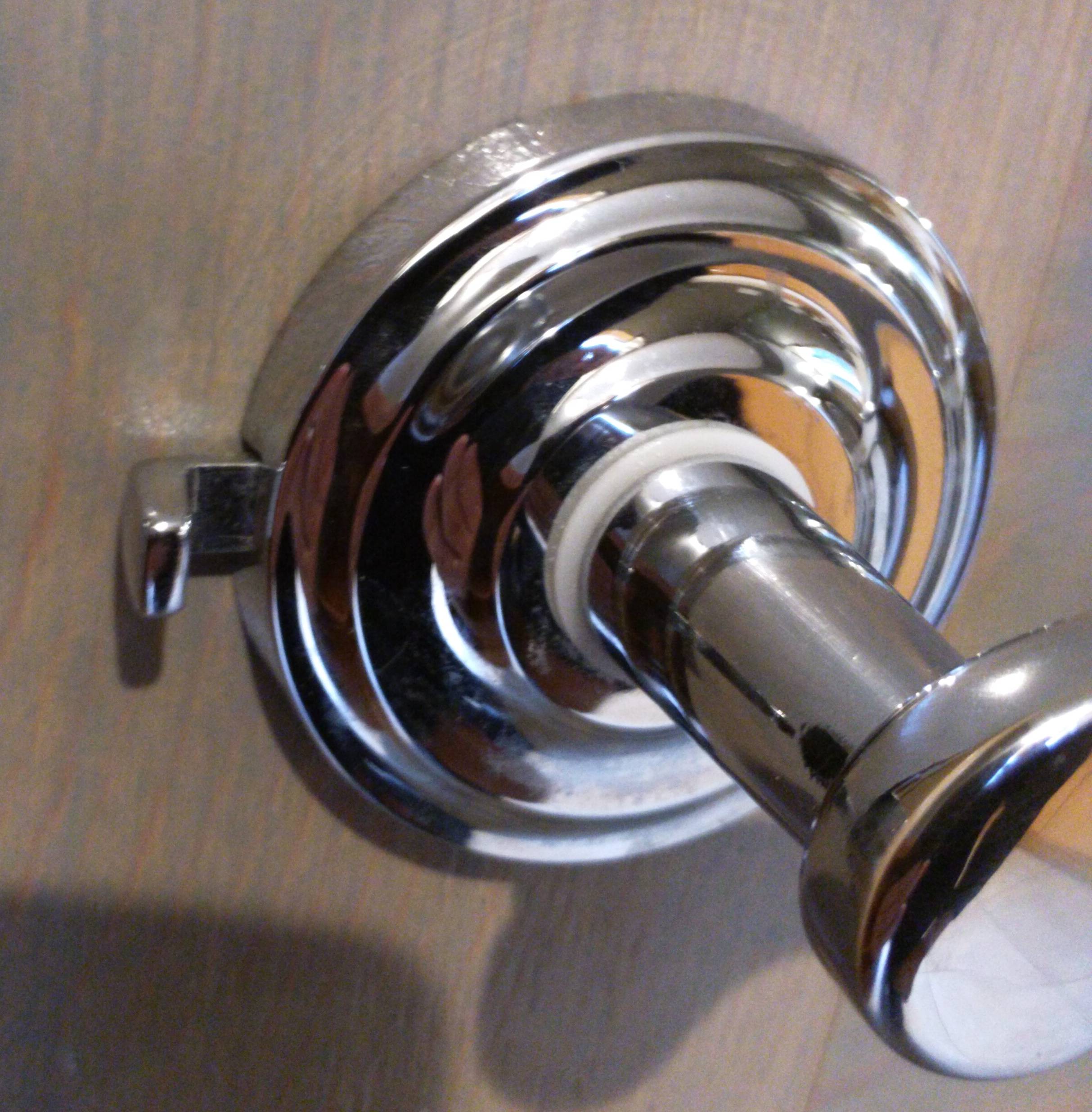 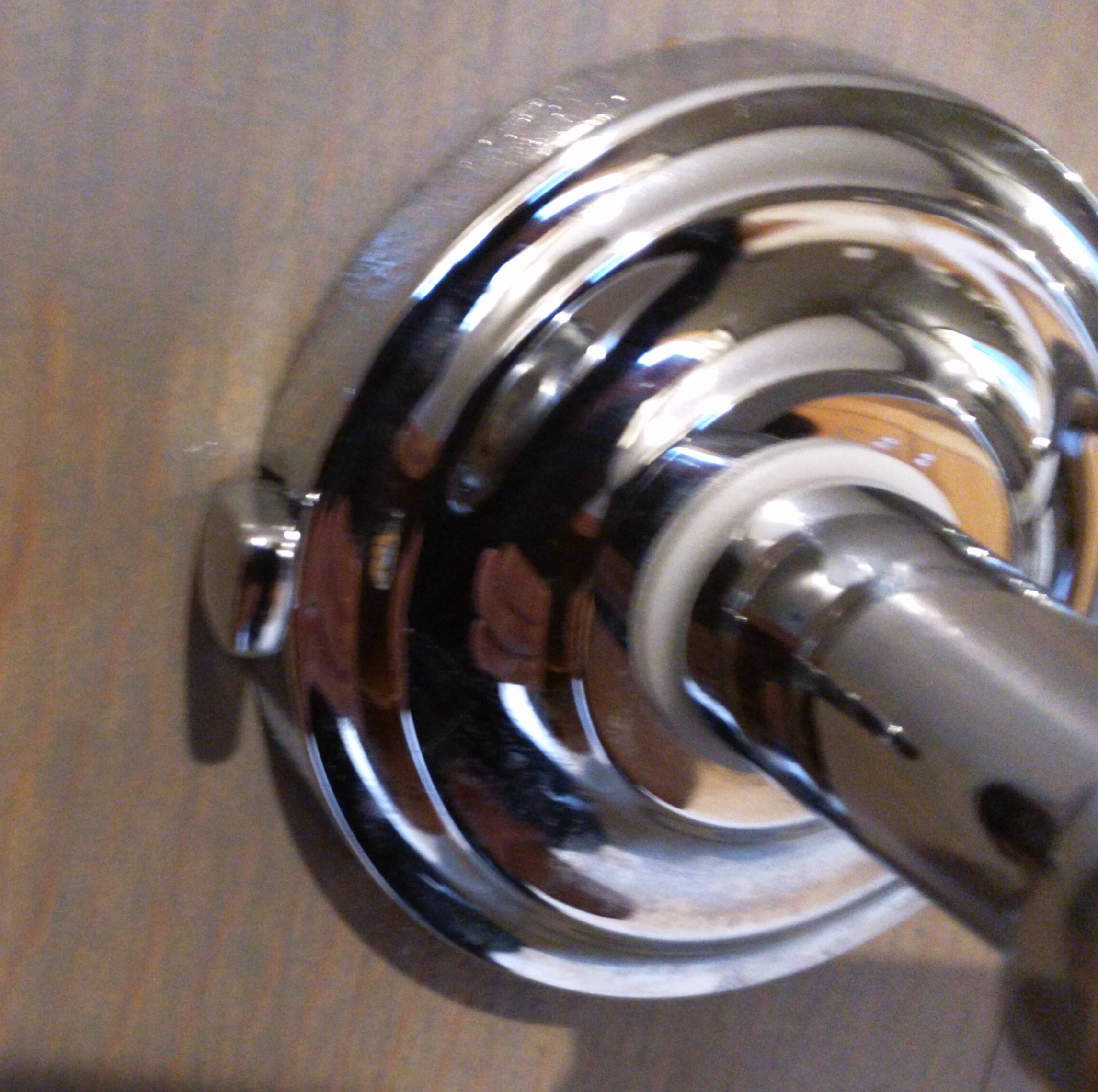 The outside of the door has a small hole underneath. I've tried sticking a screwdriver in the hole and trying to find something to slide. There is also a little piece of metal sticking out that can move side to side a bit, but it doesn't seem to unlock the mechanism even if I put a ton of force on it. 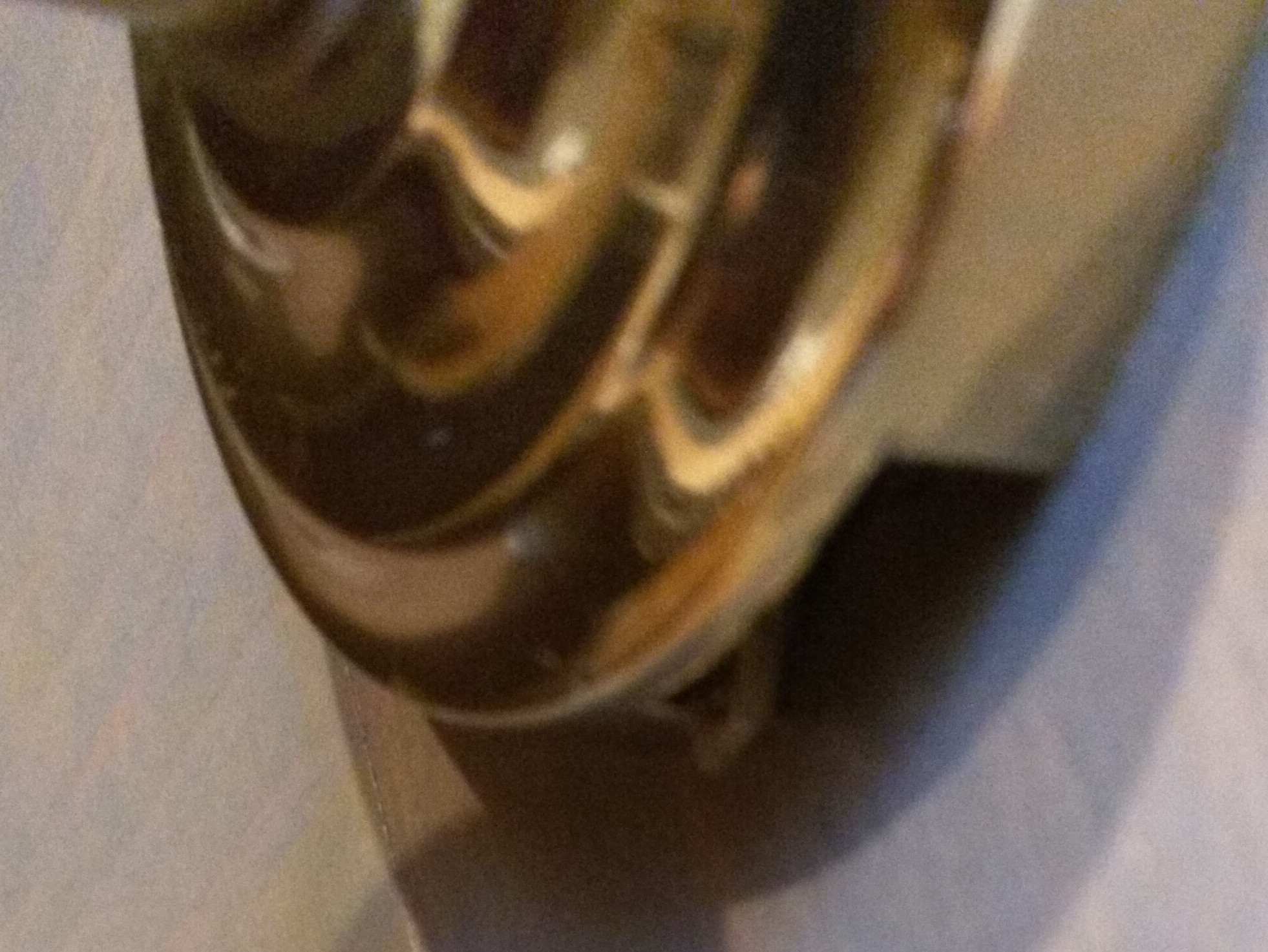 I dissembled the knob to figure out how the privacy lock mechanism works.

The slider moves a sleeve around the square axle between the door knobs.
When the round part of the sleeve is around the axle, the axle can turn and the door is unlocked. 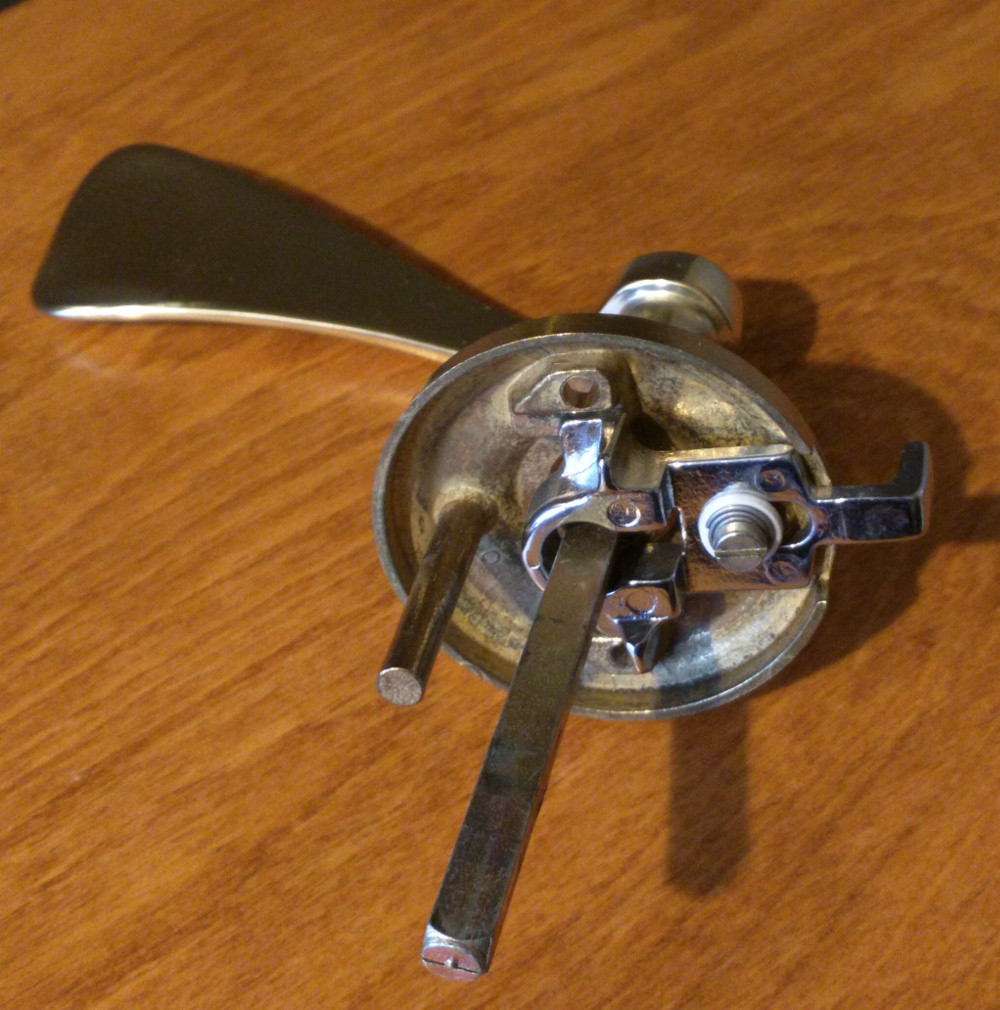 When the square part of the sleeve is around the axle, the axle can't turn and the door is locked. 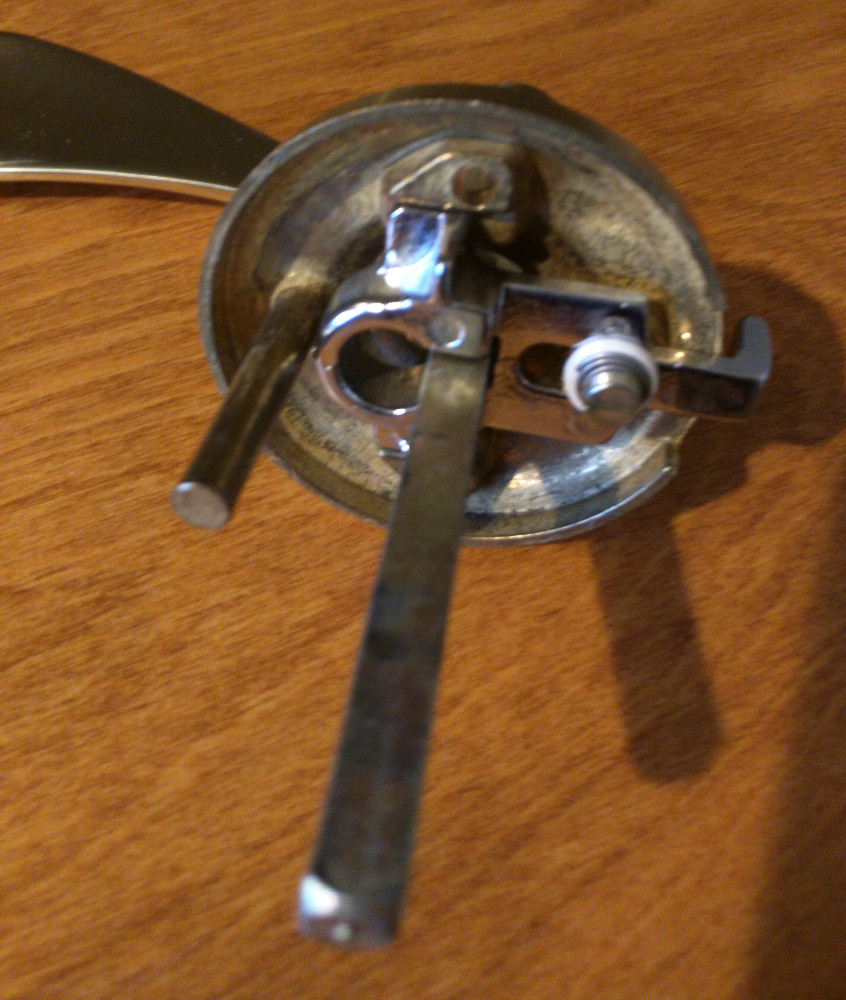 The little metal flange I found under the knob outside the door is supposed to be able to turn and work the slider. 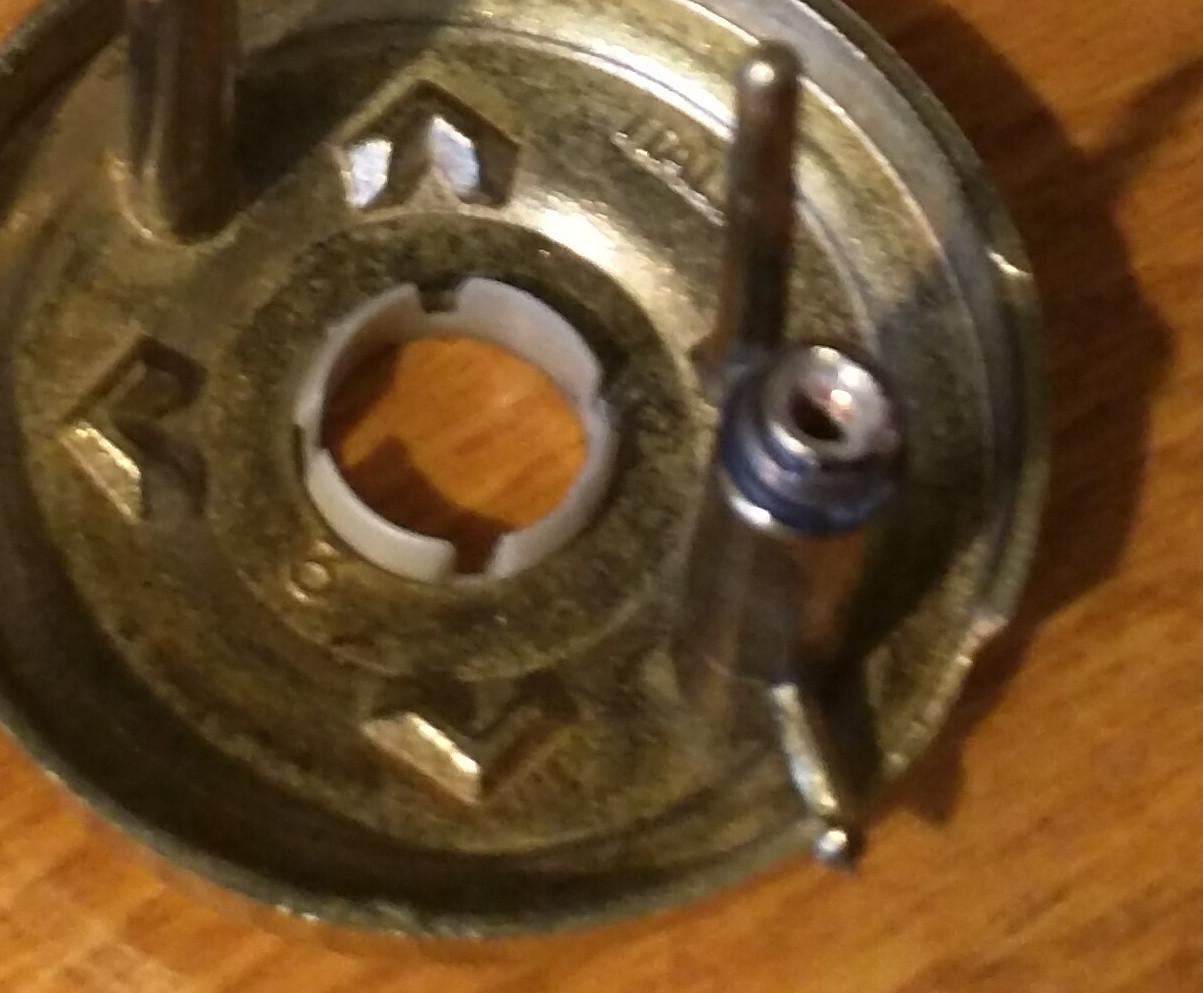 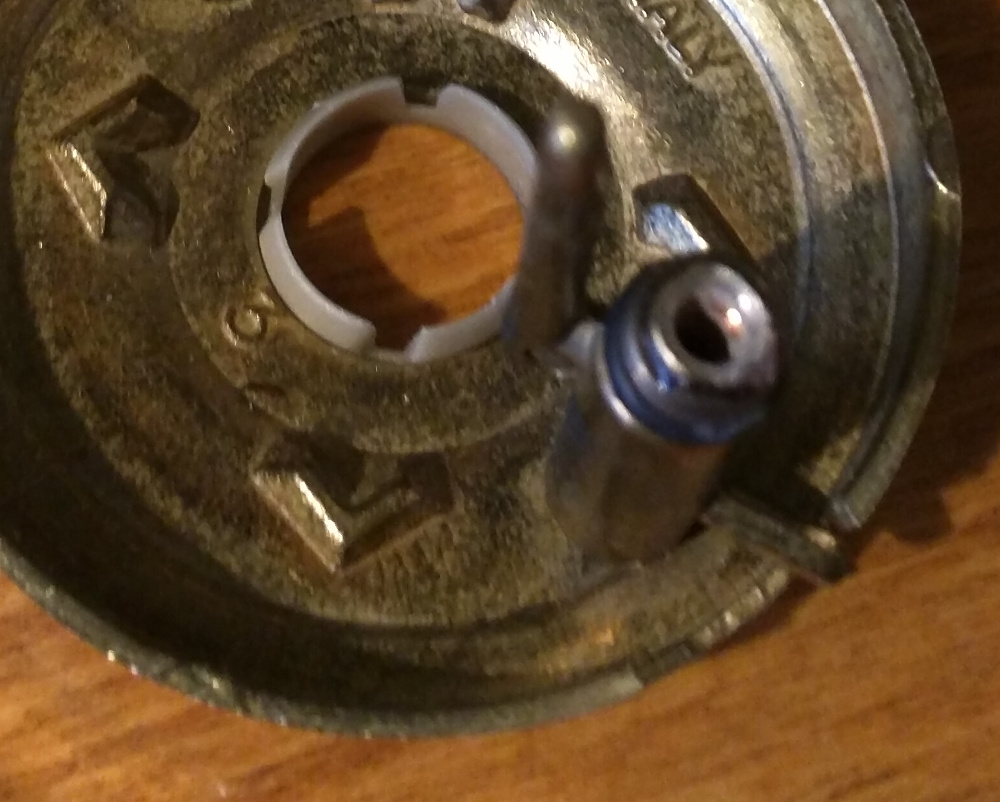 At this point I realized that it had all been installed incorrectly. The two parts need to match up like this: 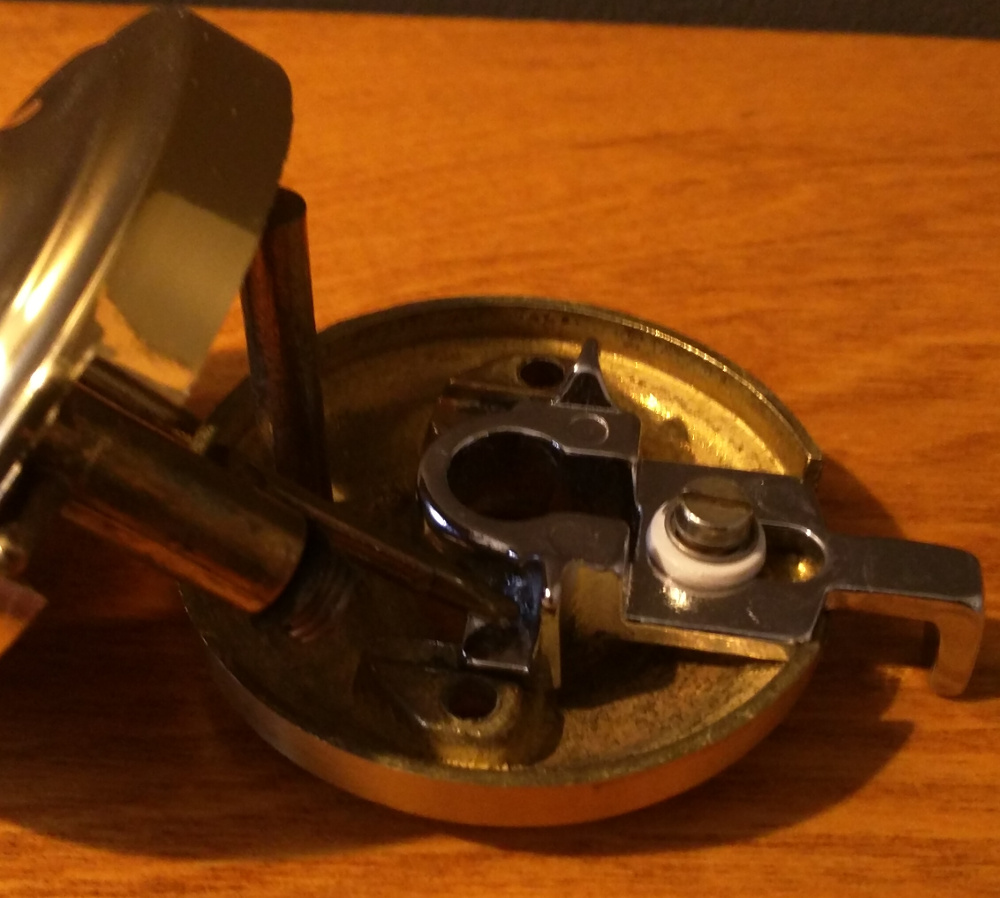 The mechanisms must have been installed in a different way such that they didn't match up correctly. When I went to put them together properly, I found out why. The gold pin is so long that it doesn't fit when installed in the proper position. When I tried to assemble it with the parts aligned properly, there was a 1/8" gap. 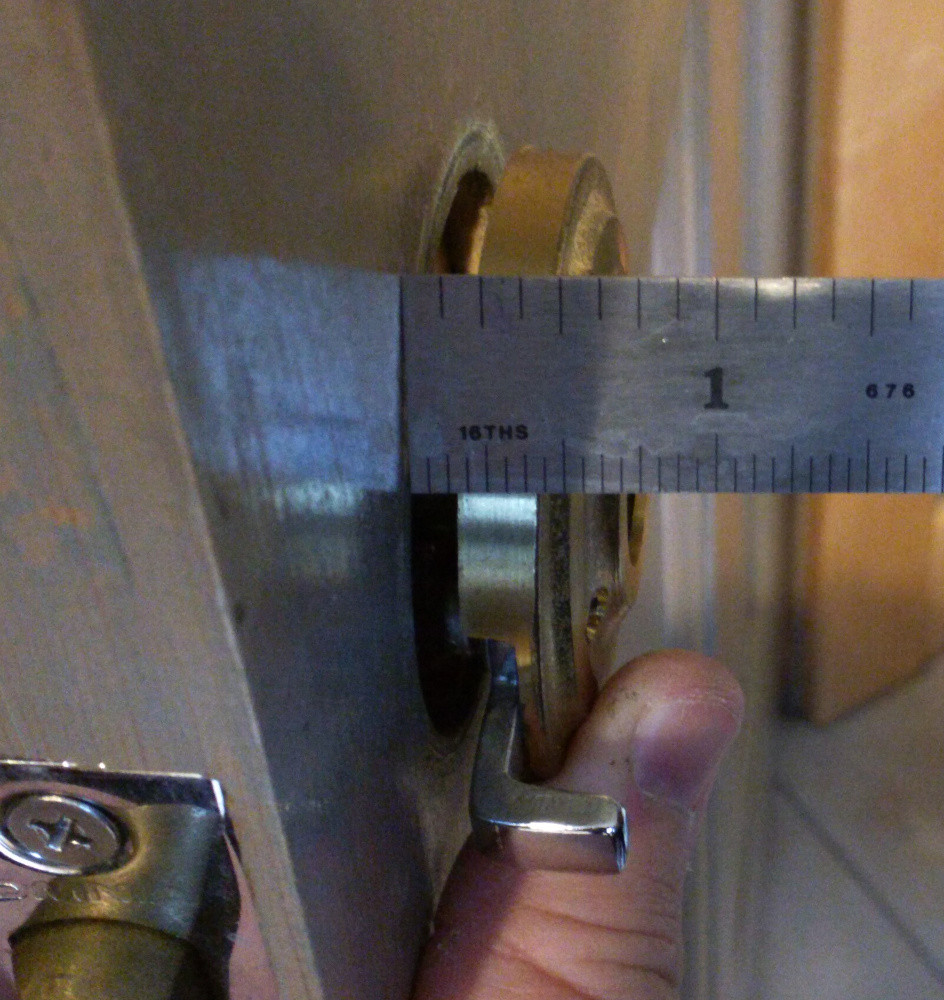 The lock manufacturer probably made the pin oversized so that the lock could be installed on multiple width doors. For doors less than the maximum thickness, the installer should trim the pin to the correct length. When the pin was untrimmed, it couldn't be installed such that it was in the correct position. The person that installed this knob, found a way to get it to fit, but the "unlock from outside" feature was non-functional. 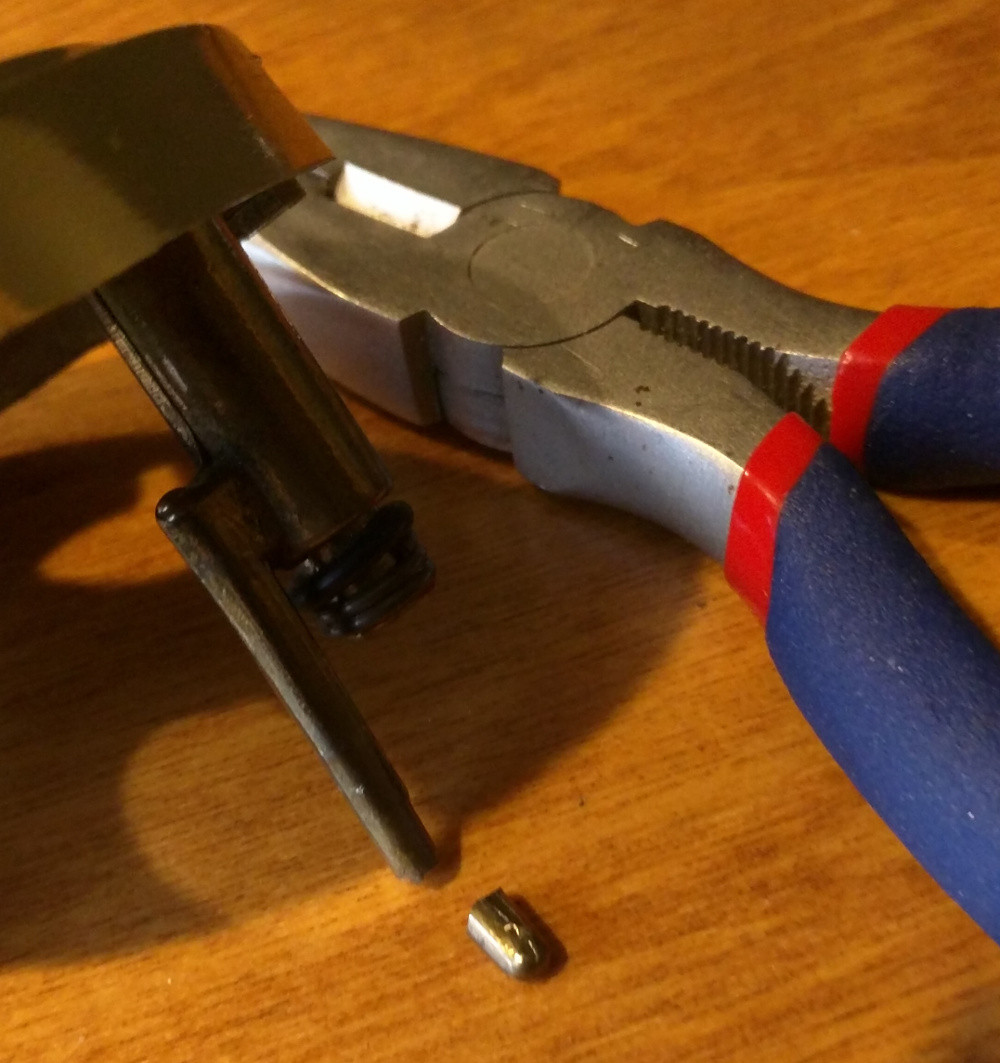 When I re-assembled the lock and knob, the privacy feature works perfectly. The door can be unlocked from the outside just by moving the protruding metal nub under the handle with your finger.

2
Push button lock unlocks when knob turned
4
How can I remove a Mortise Lock and deadbolt from a door?
1
Why can I no longer turn the knob of my self-locking door from the inside?
2
Opposite of double key deadbolt
0
Key stuck in Security Door
1
How to unlock a locked interior door?
5
How can I open the latch mechanism on a Schlage keyed entry lock without the doorknob?
0
How to fix free spinning thumb turn in entry door lock
0
How do I remove a newer Schlage lever bathroom door knob
0
Door lock only on one side?