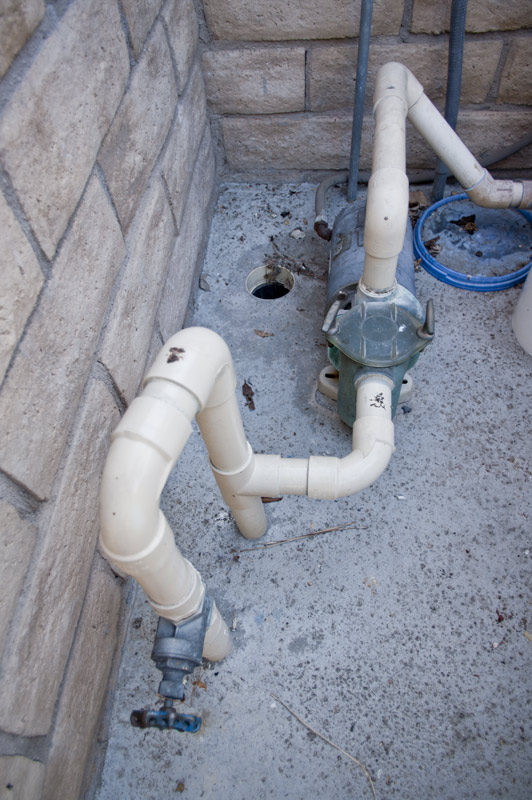 Here's a picture of a pool pump that I've worked on: 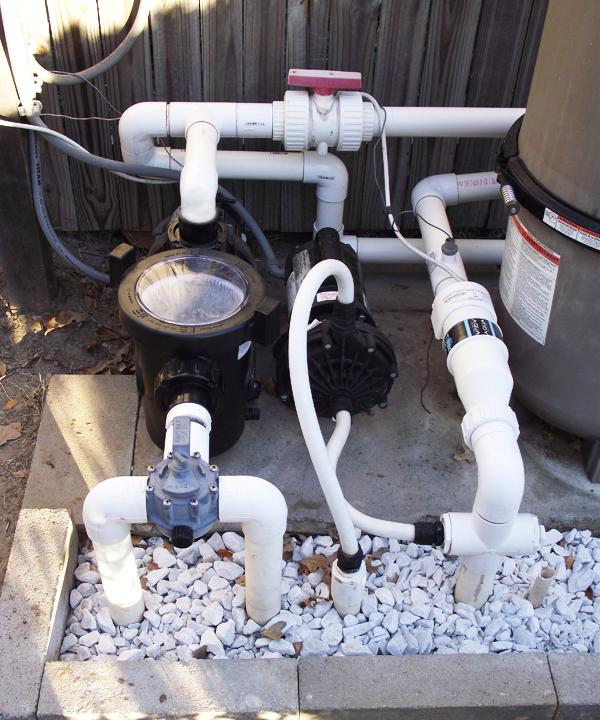 See the gray valve right before the pump/basket on the left? That's a three-way valve. It can be turned a couple of different directions in order to adjust the flow of the water. If you turn it one way, it will pull entirely from the drain, and if you turn it the other way, it will pull entirely from the skimmers. In that picture, it's positioned halfway in between -- 50% drain, 50% skimmers.

If you want to pull from the drain only, you're going to have to move the three-way valve that's positioned in front of your pump. If you have a spa, it will have two three-way valves. You'll have to figure out how it works by messing with them. If the pump starts making bad noises, it's either pulling in air or you've turned the valve in such a way that it blocks the pump's inlet, which is something that you don't want to do. If it happens, turn the valve 90 degrees in either direction to open up the pipe going to the pump.

Not the answer you're looking for? Browse other questions tagged drain pool pump or ask your own question.

1
Replacing pool pump/plumbing etc. that is below the level of the pool
3
How do I remove a wiffle ball from a pool vacuum pipe?
1
How can I clean tile debris from the bottom of my pool?
4
Leaving a pool covered for a season and through another winter
3
How should I remove the water from my pool cover?
3
Massive Pool Leak
0
Are pool cover pumps inherently risky?
0
Pool Pump on-time control?
0
Return jet not working in pool
1
My new pool pump has a high PSI and bubbles are in the water. How can I repair it?