Electrical for built-ins and fireplace insert 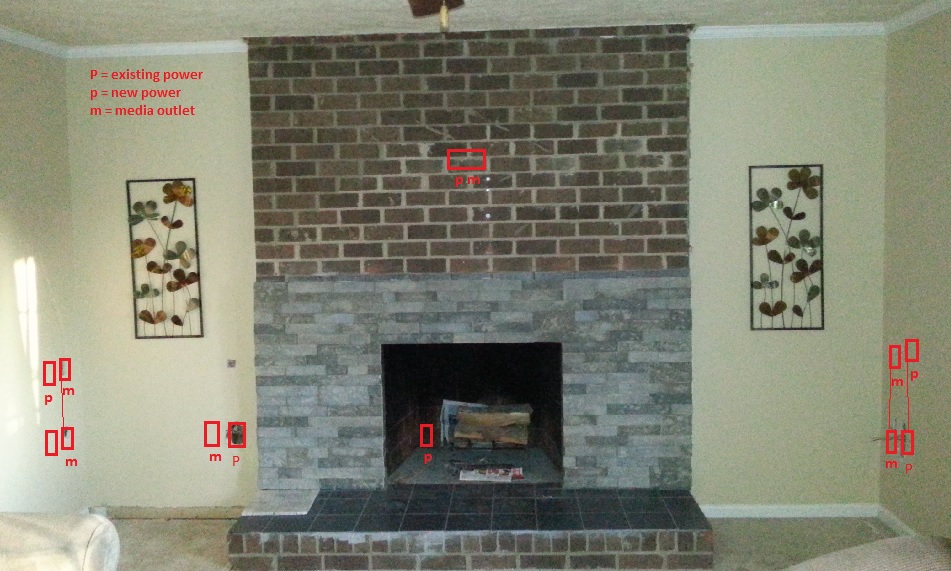 This is very close to what we want for the final finished product. 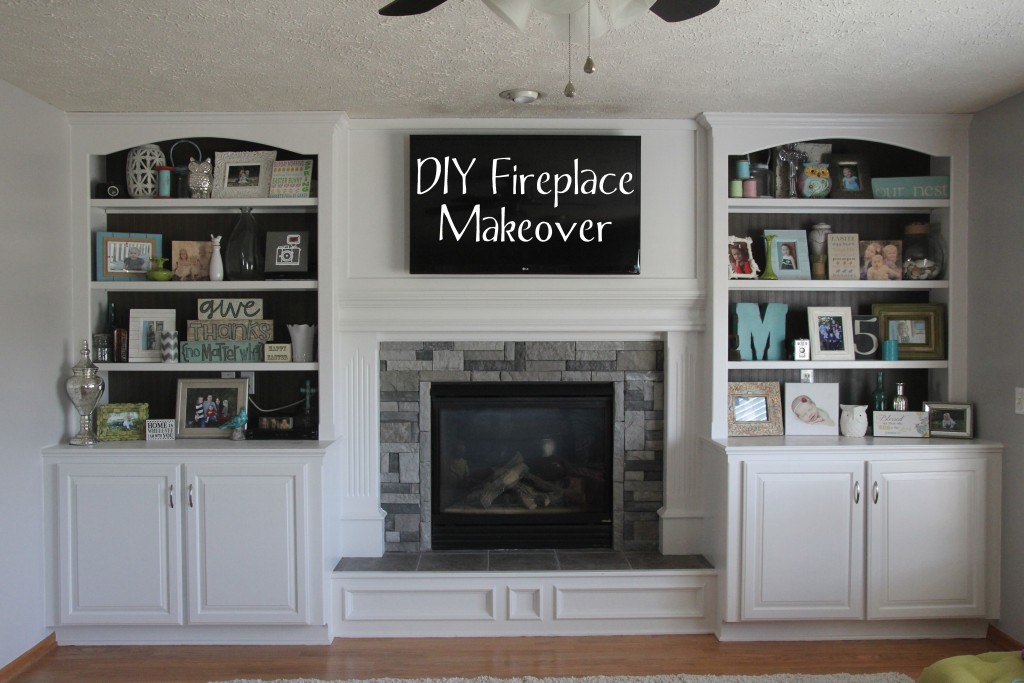 A lot of work has been done. One remaining part of this question that hasn't been answered well (in part due to lack of information on my part) is how to wire inside the fireplace for the blower of the wood fireplace insert. Here is the current status: 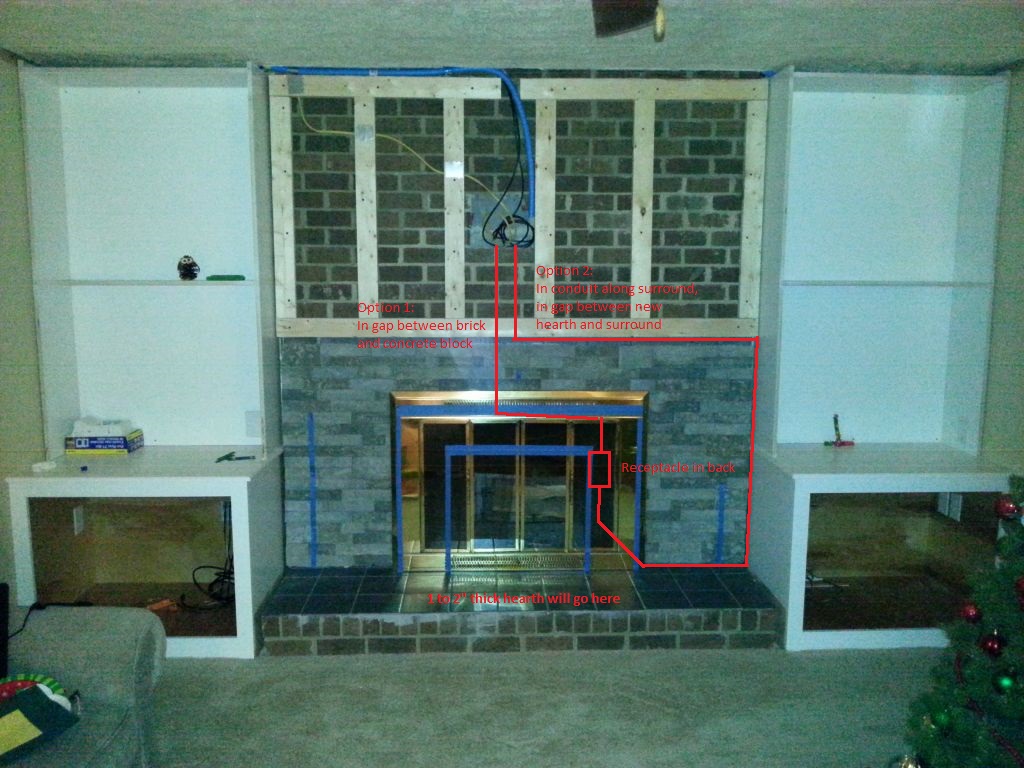 I'd like to avoid the cord from the insert's blower to be visible. There are a few options I can see. One is to run cable from the receptacle that will go in the middle down the gap between the bricks and the concrete block. The chimney will be fitted with an insulated liner allowing for zero-clearance, so heat should not be a concern. Another option might be to route the cable in conduit around the veneer surround to the side against the cabinet, then under the surround before the hearth is installed.

I imagine one or both of these options might violate code, which is why I am asking here. Thank you!

1) you could use wiremold. They make 90º inside corners. I don't like it but if you have use it then it works. Better off to chop a new box in the wall exactly where you want it.

2) There are several ways to put power wiring behind the planks. EMT, ENT, wiremold...there are others less often used. You will need an extension box on the left power box to run out of.

3) The bricks around should just be a facade but why make it hard on yourself? Just bring the TV mount area out far enough to have the media box behind it.

4) Putting power in the back of the firebox will probably be a major pain. I believe that is firebrick surrounded by other brick. You may need to get a bricklayer in on this. Or at least you should study the construction of fireplaces.

I see other problems here, though. The National Electrical Code requires that no point along the floor line be more than 6' from a receptacle. If you cover the receptacles on left and right will there be other receptacles on the wall line close enough to satisfy that requirement? If not you will have to add them. Also, you can't cover junction boxes they have to be accessible inside the cabinets.

Not the answer you're looking for? Browse other questions tagged electrical fireplace brick or ask your own question.

15
How should I run wiring for my above-fireplace mounted TV?
1
Converting two-vent fireplace insert into one-vent: how much combustion air access does it need?
0
Electrical 'input' connector?
3
Levelling hearth - what to use?
1
Wiring between chimeny and brick facade
1
What is the best way to add new stud framing above fireplace and tie it into existing framing?
0
How to Solve Wood to Gas Fireplace Conversion Draftiness
1
What hard thing am I hitting in my brick wall?