Is it time to replace my 20 year old water heater?

My water heater (gas) shows a date of 1991 on it, although the house was built in 1993. There is nothing wrong with it. It is a little slow to heat the water up, sometimes taking almost 5 minutes to provide hot water (early morning, colder nights) but other than that there is no problem.

I hear that one should be replacing the water heaters every 20 years. Is this true? if it breaks, its going to flood the surrounding area. I dont want to replace it unless I have to. How can I check on this?

UPDATE: Based on the inputs, I have decided to replace the water heater. It may be a $250 for the check/clean/replace the rod/valve/sediments that I can add to the purchase of a new one and not worry about it for the next few years. 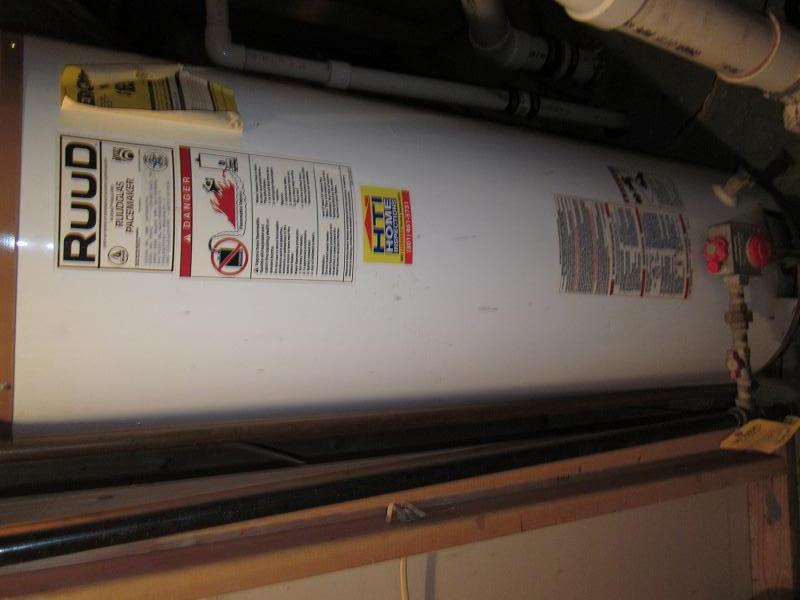 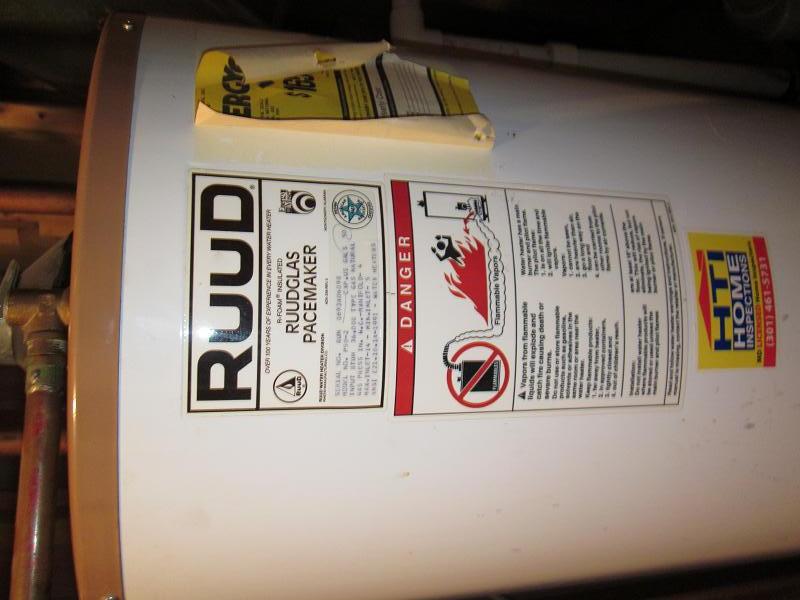 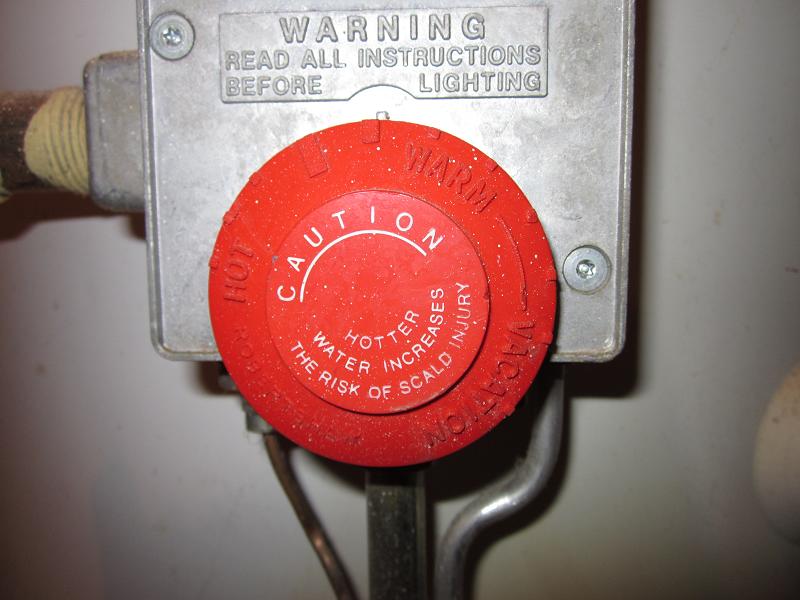 The fact that it is taking 5 minutes to deliver hot water to the shower rarely has anything to do with a tanked water heater and is instead because of the distance between the water heater and the shower. (Also depends on whether or not those pipes are exposed to the elements, as the hot water will have to first heat the cold pipes before it can deliver hot water to the shower. Raising the temperature setting would help heat the pipes faster, but that would nonetheless be a problem with the setting, not a problem with the water heater that would warrant replacement if it were the only problem.) That aside, either the water at the top of the tank is hot or the water heater simply isn't working. (Hot water, like hot air, rises. If there's one place that hot water should be at, it's the top of the tank, which is where the hot outlet draws from.)

(1) Not changing the anode rod, leading to corrosion that eats through the tank. If you haven't had your water heater's anode rod replaced (typically about every 10 years), then this thing is a ticking time bomb, and it will fail very soon.

(2) Sediment covering the electric elements / gas burner, at which point performance will be reduced. This will often cause "popping" noises, as the elements get quite hot and then cause water trapped within the sediment to almost instantaneously boil, causing a tiny explosion as the water turns to vapor. In electric water heaters, this will pretty much cause the lower element to be completely useless, as it becomes buried under more and more sediment, either becoming thermally insulated from the water that it's supposed to be heating or outright failing due to excessive temperatures. The common symptom of this in electric water heaters is that the hot water will quickly run out, as only the top element is working, and the hot water stays near the top. I haven't worked with gas water heaters much, but the logic is pretty similar... sediment and scale is going to cover up the surfaces that are transferring heat from the burner to the water, and you're going to lose a lot of efficiency. (To make matters worse, your water heater probably only had about a 50% AFUE [annual fuel utilization efficiency] rating when it was new, and if it has any sediment problems, it's probably down to 25%. By contrast, a new gas water heater will have 75-90% AFUE. Ergo, I would say it's worth it to change the water heater on account of efficiency alone.)

Note: Some of this depends on location -- the harder the water, the worse these problems will be.

If you don't have a water softener, you should immediately replace the unit.

If you have a water softener, the unit might still have problems, and even if it doesn't, I would replace it on AFUE concerns alone. If you don't want to replace it, though, you MUST at least have a plumber come install a new anode rod and T&P relief valve if you have not had the water heater serviced recently. (If your T&P relief valve is scaled over or has otherwise failed, flooding should be the least of your concerns. A failed T&P valve can lead to a BLEVE [a type of explosion], which would pretty much flatten your entire house and possibly kill everyone in it. See below.) 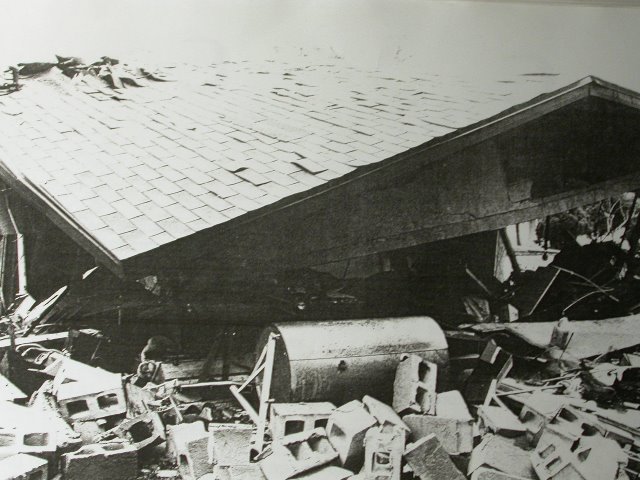 PS: What you want to use as a temperature setting is up to you, but you should keep it at at least 120-125F, raising the temperature up to 140 degrees Fahrenheit once a month to ward off Legionnaires' disease, which carries a 30% fatality rate.

You may have the thermostat on your heater set too low. Gas heaters are either on or off; when they're on, they can really make that water nice and toasty in a hurry. Check the thermostat and the temperature of the water in the tank (if you don't already have a temperature gauge you can read on your tank, this may require professional help as the tank will be under normal water pressure even if the water's stone cold).

You may also need to flush out the tank; sediment can collect at the bottom over many years and reduce the efficiency of the heater.

A 1991 water heater is approaching the end of its rated life, but ratings tend to be pretty conservative on these types of things. I wouldn't be surprised if you got another 10 years out of it. The one I have is the original in a 30-year-old house, and it works just fine, but we have the money for a new one sitting in savings just waiting for a hiccup. Ours is also in a garage (I'm in Texas, so no basements, just a slab on grade or in really soft-soiled areas pier-and-beam), so even if it fails completely and drains out it's not going to cause much damage (just a big ol' water bill and a few cold showers).

I agree with most of what KeithS said in his answer and I would only add that when I saw the particular symptom of slow heating in my hot water heater the cause was a fairly substantial amount of sediment inside the base.

If the tank is in general good health, flushing could solve this problem, but depending on the severity it could have also stressed a lot of the parts.

When making such a decision I personally balance the cost of a new unit, installed, against the cost of a service call to have someone give it a once over/tune up, the general health of the unit (yours seems fairly healthy), the odds of having a failure and the cost associated with a failure (is it in a spot where it would cause a lot of damage if it ruptured?)

If you think you'll see another 5-10 years, it's probably worth having it serviced.

Replace it, cheapest $800 - $1,500 you'll ever spend. Twice I've had water heaters at end of life, 15-17 years old, working absolutely perfectly until they weren't. Both times I was overseas when I got the word the lower level was full of water, everything ruined. One was a tenanted rental property so had to arrange replacement remotely ASAP.

I'll keep my cars and trucks running over 200K miles but I don't mess with water heaters. Think Faulkner..."...a mule will gladly serve you for 10 years without complaint just to have the pleasure of kicking you once."