Two storey home, 14yrs old. Concrete foundation. Ground is mostly clay. Steel I beam crossing the middle of the basement ceiling to distribute load. The I beam is inset into the top of the concrete foundation. The outside foundation wall appears to be failing where it meets the steel beam, but just on one end of the house. However, the inside appears non-stressed. How much trouble am I in (if any)? Is this just cosmetic? 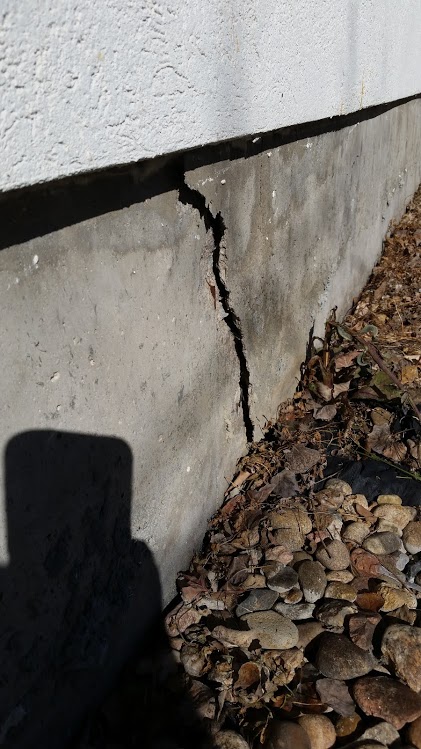 Inside view (no visible cracks) 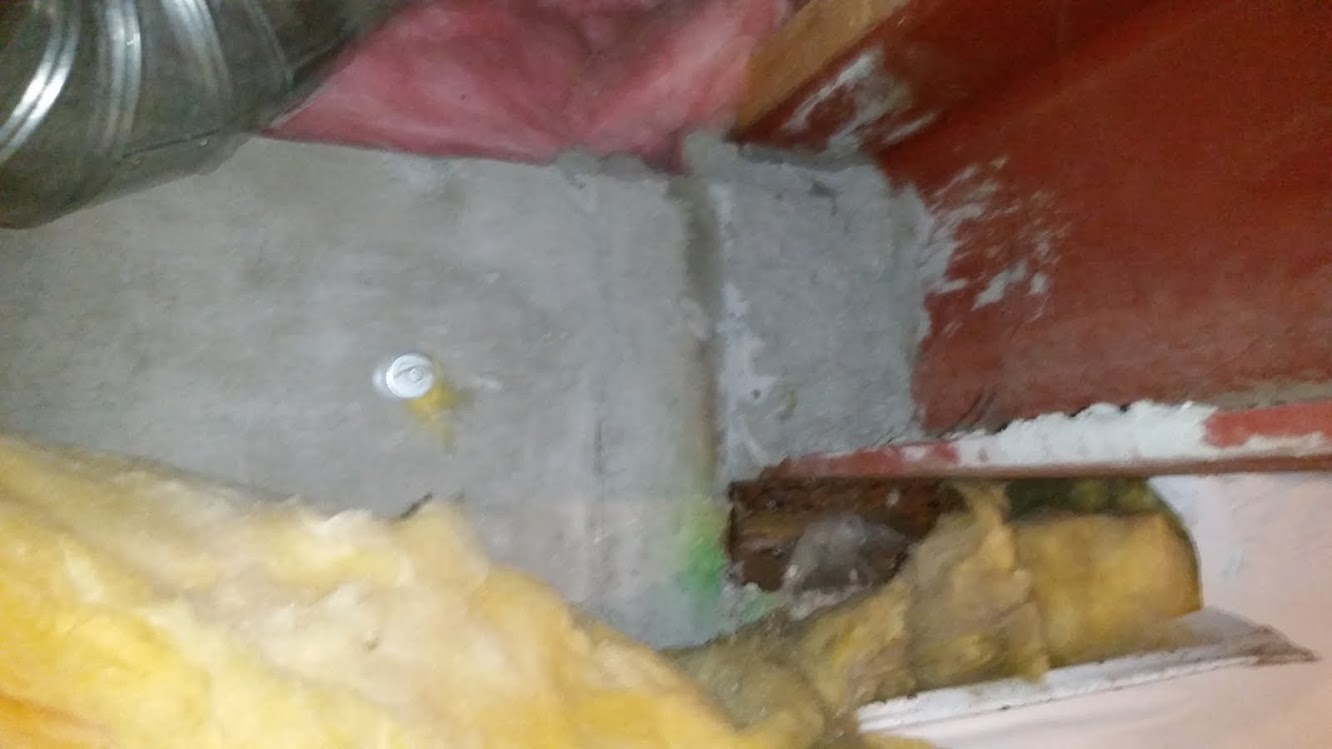 (I have more pics, but it wouldn't let me post more than 2)

Just for closure... I followed the given answer and seem to have had success.

@Jason Hutchinson that would've been a good idea, but I ended up using a 5 pound sledge and busted out all the loose concrete which was pribald for the best. It looked sandy inside the like the concrete may have had a nugget of unmixed sand or something clumped at that spot. After the loose concrete was removed it exposed some rebar I was able to wrap wire around and bind in some huge metal spikes and long bolts I had on hand to give my planned patchwork more to hold to. I bought a 80lb bag of fiber-laced anti-crack concrete mix, and a piece of melamine shelving from lowes to act as the outside form and give the smoothest finish. Drilled some holes in the melamine. Rigged up some of the wire around the rebar work and poked it though the holes... and used the wire though the holes to draw the melamine tight to the wall (twisting the wire around more bolts on the outside of the melamine till it tightened up). It finished well. Dark at first, but it has now lightened to (mostly) match the surrounding concrete. I think an inspector will pass it by.

Seems that steel beam is sitting on a wall which is sitting on a footing so at best I would think you want to mix up some mortar and cover that crack so the inspector does not see it because it seems to be cosmetic to me. It looks like the house settled and you need to keep water out now

1
Sealing a small crack in poured concrete foundation
7
How do I quickly address my foundation issues?
7
How best can I seal up an old coal door?
1
How can house corner be supported when there's a deep cellar next to it?
2
Should concrete stair landing be anchored to building?
0
How do I attach a wooden post to existing concrete steps?
1
Is a too-shallow foundation allowing excessive water into my dirt crawl space?
1
Foundation vent grates