Why are there so many 220v circuits/breakers in my house's electrical panel? 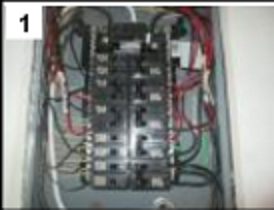 We noticed during our home inspection the main panel has only six general lighting circuits and seven 220v circuits/breakers.There were only two areas where 220 outlets would be used. Why would they have so many 220v breakers? Is this normal or cause any problems/safety issues?

By "220 breakers", I'm going to assume you mean double pole breakers. It's also difficult to speculate without actually seeing the panel, or being on site. But here are some thoughts.

It could also be that electricity, is the common fuel source in your area. For example you might have electric dryer, electric range, electric heat, electric hot water, electric A/C, water treatment equipment, secondary panel(s), etc. Having all electric appliances, can make the double pole breaker total jump quite a bit.

Things that take 220 (actually 240, for the most part in the US system) and don't always have outlets - electric water heaters, electric stove/range/oven, electric resistance heat (typically but not always electric baseboard), air conditioner, heat pump and feeds to subpanels.

And, of course, MWBCs (Multi-Wire Branch Circuits) which have 120V outlets.

A multi-wire branch circuit (MWBC) is commonly used to provide the code-required two 20 amp circuits to a kitchen countertop area, though they can be used in other places. Typically wires are red, white, and black, plus a bare ground wire. The circuit (if an MWBC) will be fed from two side-by side breakers - they should be tied together or a dual-pole breaker under current code, but some older installs will have non-tied breakers.

There is 120V between red and white, 120V between black and white, and 240V between red and black. If both red and black are connected to an outlet on the hot (brass) side, the tab between the halves of a duplex outlet must be broken - we get the occasional "I replaced an outlet and the breaker (sometimes evene the main breaker) tripped as soon as I turned it back on" stories that are frequently from not removing that tab on a MWBC.

To the extent that there are loads on both "sides" of the circuit, current in the neutral wire is reduced to only the difference between the loads - so if one side has loads operating that are 7.5A, and the other has loads operating that are 9.5A, the one hot carries 7.5A, the other hot carries 9.5A and the neutral only carries the difference - 2A.

Electric baseboard heaters are a common reason for "lots" of double breakers.

1
Testing and proper breakers for a multi wire branch circuit?
-1
I need to know what to do with all these wires

3
Breaker feeding sub-panel causes other breakers to trip
1
Loads for sub panels from 150A split-bus main panel
1
Electrical wiring problem in panel when using 220 volt log splitter
1
How many subpanel breakers can a single piece of main breaker/bus support?
1
Can a breaker be added to the main disconnect panel?
0
Sub Panel in detached 10x10 bldg(welding shed)
0
Can I hook up a subpanel to an existing 220 line that isn't in use?
4
After some work in panel, GFI breakers for *other* circuits trip when well pump runs
3
Why is Electrical Panel Rating based on Amps