What's the right way to insulate and frame around this pipe?

I have been studying the latest engineering on how to insulate and frame basements after tearing out a partially finished basement that had wood and insulation in direct contact with the concrete. 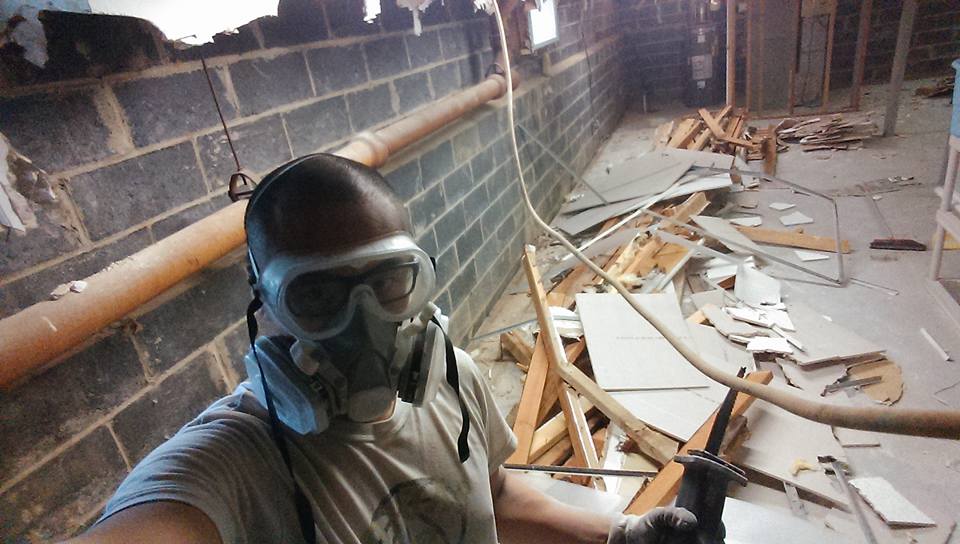 From my research, it seems that the best option is to install rigid foam insulation glued and screwed to the blocks and taped at the seams to create an effective air, moisture, and vapor retarder and then frame the walls in front of that.

However, as you can see from the picture above and the picture below, there is a large cast iron sewage pipe that covers approximately 3/5 of the walls. 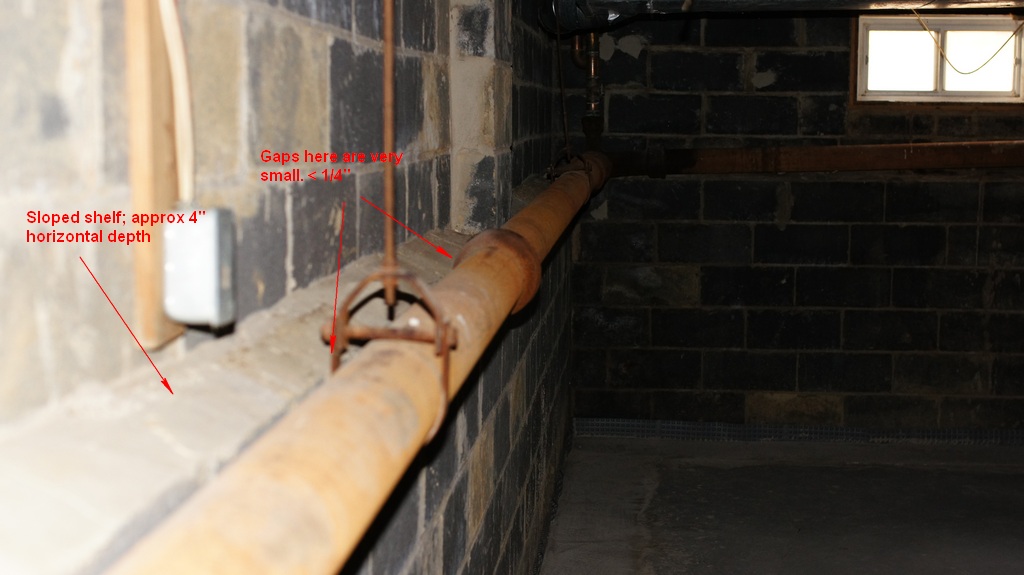 I'm thinking that my options here are:

I should note that the original wall in this area was framed in front of the pipe with paper-faced insulation installed into the wall assembly not touching the concrete and this was the only wall in the basement where the insulation was not discolored and the back side of the wall did not show any signs of mold so in a way, I am inclined to go with #2. I'm inclined to build the whole wall this way to avoid excessive seams and cuts to accommodate the sloped transition ledge.

A bonus challenge is what to do around the mechanicals. There is not enough space behind the water heater to put rigid foam and build a wall assembly in front of it. Should I move it? Should I frame around the room and put foam board directly on the backside of the framing?

I'd really appreciate some input on the best way to manage insulating and framing this to avoid moisture issues in the future.

Skip option number 3, you don't want to have two half walls with a framed in gap between. It's not stable so you'll have cracking and likely other issues.

Option 1 implies that you need to fill all the open space with insulation, that's not the case. You need insulation between the outside and inside, but once you have enough insulation installed (for your desired R value) and a continuous envelope around the home, there's no need to keep adding more to fill a void.

So your options are either 2 or one unlisted option. Your option 4 is to insulate against the exterior wall and behind/around the pipe as best you can, and then install your wall in front of the pipe. The main difference between option 2 and option 4 is whether you insulation directly against the concrete wall or inside your framed wall. Inside the framed wall will be easier and likely use less insulation material. Against the concrete wall will allow you to more easily fish wiring inside the framed wall.

I know this is old but when renovating the first thing you should do is move this over to PVC. Second bolt some pvc collars to the side walls so you don't have the metal guides hanging down. Third build a 3/4 box around it and sandwich roxul against wall and around pipe. The roxul will insulate and it will also keep much more sound out than foam.

Not the answer you're looking for? Browse other questions tagged insulation basement framing or ask your own question.

1
rigid foam board in basement with exterior guard overkill?
2
How are thermal (fire) barriers installed over foam insulation in a crawlspace?
2
Basement insulation w/ existing tar paper and studs
0
Basement framing and insulation question
0
Plywood over rigid foam over concrete: will I have moisture issues?
0
How to frame and insulate a "cold" room
0
How do I insulate my unfinished basement with half foundation, half siding?
2
Framing on top of brick halfwall
0
Insulating Basement