How do I handle baffles at the corners on a hip roof?

What do the energy pros do here in the corner of a hip roof? I don't have enough room to install a baffle. I want to install insulation here, so I'm not sure if I would run into problems with moisture if I were to just block off the air space between roof and wall sheathing 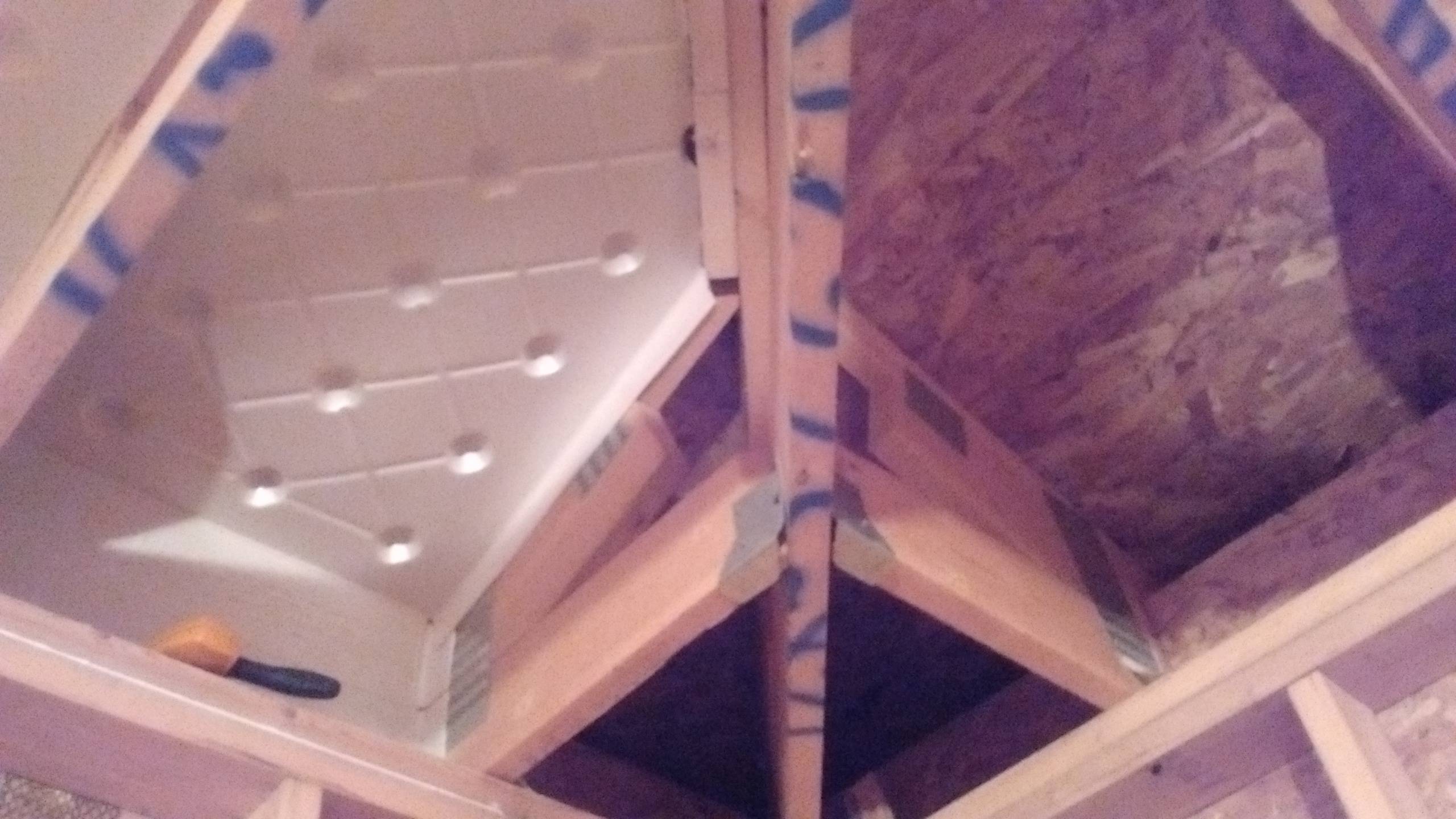 First off let me say that I am not a professional insulation installer. But I can tell you that the idea with baffling is that it is supposed to allow a space for air to flow from the soffit along under the roof sheathing to the open air space above the insulation fill level. From looking at the baffle that that you have installed so far (along area in the red box below) it looks like the baffle goes all the way up to the hip rafter.

I believe that you will need to work out an air channel along the hip rafter in these short stub rafter openings that allows for air flow. Since this may well span across several of the stub rafter openings before it gets above the insulation fill level that channel will have to be able to be lower than the bottom of the stub rafter upper chord so as to allow air flow from the lower level opening to the next higher opening. Such air channel would have to be done along both sides of the hip rafter. Once this channel is provided for it can be extended down to the openings I have shown in the yellow ovals. 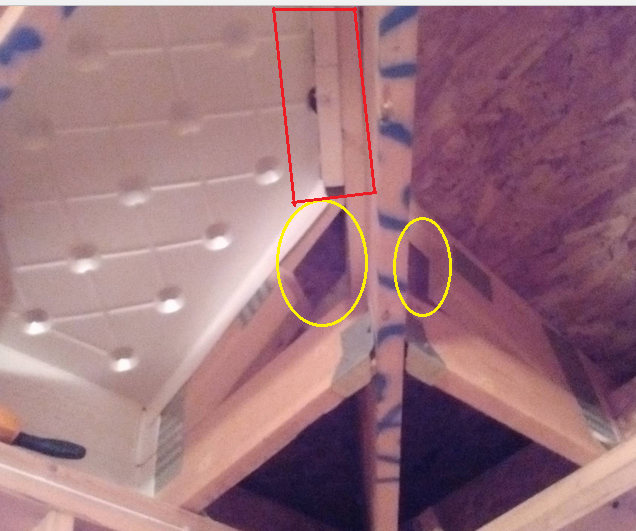 You may be able to then reach into these corner openings and put some baffle material but it would need to low enough down that the upper portions of the openings in the yellow ovals are open. Alternatively it may just be easier to hand pack the insulation in those corner spaces and just not allow it to fill over top of these openings.

Since it's difficult to vent the lower portion of a hip roof, they usually aren't. Ridge vents typically aren't intended to be used on hips (though some are now available that meet the unique weather-protection needs of sloped ridges). You can simply remove the baffles in that area and fill your space with insulation.

Some might suggest leaving an air gap, but that necessarily reduces insulation, which would probably lead to a more severe ice dam problem. I'd seek a ridge vent that is designed for sloped ridges, or simply fill the space and move on.

Not the answer you're looking for? Browse other questions tagged insulation vent attic or ask your own question.