How to fix a huge gap between tub faucet and tile

We just moved into an old house and two of the tub faucets have huge gaps from the tile as pictured below. This is something that I feel needs to be addressed right away to prevent shower water from splashing back there and causing water damage to the wall behind.

How did this happen in the original install and how do I need to fix it? 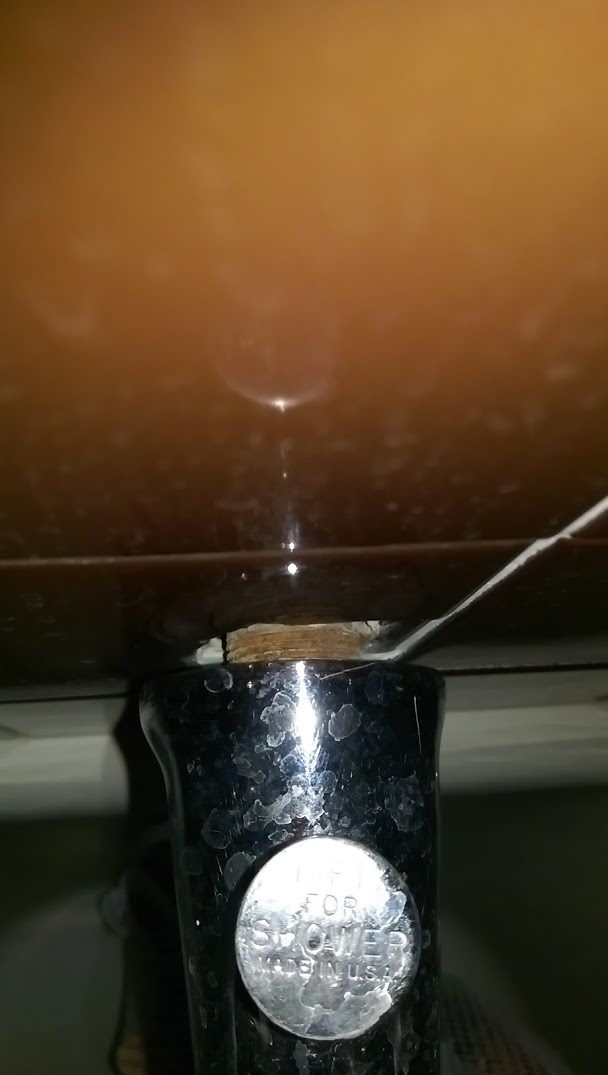 The ideal method to repair the gap (if the spout can not be tightened further, is to shorten the length of the pipe nipple that exits the wall and connects to the spout. You need to un-screw the spout and the pipe nipple. Replace with a shorter nipple equal to the gap measurement. Use Teflon tape on all male pipe threads and caulking behind the spout base. The faster, "just as appropriate, but may not look that good", repair is to apply enough caulking into the gap so that it can be smoothed flush with the spout. A third and middle of the road repair is to locate an eschuteon plate. Something like this: http://www.amazon.com/gp/product/B00IKVJEUI?keywords=eschuteon&qid=1445614060&ref_=sr_1_3&s=home-garden&sr=8-3

It happens when someone replaces the tub spout, and doesn't want to risk removing and replacing the nipple in the wall with the correctly sized one.

The fix is to remove the spout and the nipple from the wall (the short pipe threaded on both ends) and get a new nipple of the correct length. Before removing the spout, measure the gap so you know how much shorter the new nipple needs to be. Premade nipples will be sold in 1" or 1/2" increments, but some stores can cut them to a specific length if you end up needing something like 4-3/4" or something.

Use plenty of WD-40 or thread penetrator on the nipple threads in the wall before attempting to remove it. That galvanized pipe can get rusty, and can be hard to remove (probably why the last people didn't attempt it).

Not the answer you're looking for? Browse other questions tagged plumbing faucet tub gap or ask your own question.

6
Why does it take a long time for water to start draining from my tub faucet?
4
How do I diagnose weak water flow from tub faucet and shower?
2
How can I rebuild/repair/replace this garden faucet
0
How do I get even water pressure from a bathtub mixer faucet?
5
How do I seal my shower escutcheon plate to prevent it from leaking?
2
dripping water from the shower area
3
Why is the hot water in my tub fluctuating between hot, warm and cold?
0
How to identify this shower faucet or cartridge brand to stop tub spout leak and remove screw-less escutcheon plate?