I've installed a 52" Hampton Fan with light, (w/out remote) in my bedroom. When it is set on low the fan appears very stable. At high speed the ceiling fan shakes and does so to a lessor extent on medium.

I've always heard that fans are not supposed to shake or wobble on any speed. Is that true? Is there something I can do to make it more stable? Or am I concerned about a non issue?

The fan I replaced had the same issue. The only similarity between the two ceiling fans is that the canopies do not fit tightly against the ceiling.

I installed a 52" ceiling fan with a remote, with lights, in my Den and it does not shake or wobble at any speed. The canopy is a very tight fit against the ceiling.

Inexpensive ceiling fans are often poorly balanced. Poor balance is most obvious on high speed and sometimes not evident at low speed. Many vendors sell "Ceiling Fan Balancing Kits" which consist of a temporary weight clip that can be moved around until the fan is balanced via trial and error, and then permanent weights that are glued or stuck in place. The weights need to be well adhered or they can fling off unexpectedly. 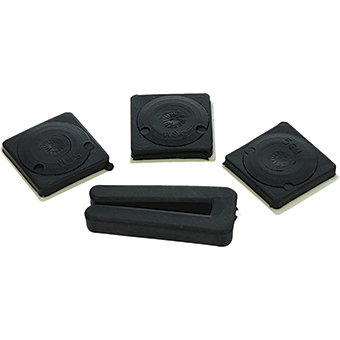 One reason fan's wobble is that they are not balanced properly. According to the installation guide pick a spot on the ceiling and measure each fan blade tip to see if each measures exactly the same.

If they don't then either loosen or tighten the screws that hold the fan blade to the fan motor. The ceiling fan should also come with a balancing kit.

I had to tighten two of the blade fans and once I did that, the wobble was gone.