Two 3 way switches, only one works

I have 3 way switches at the top and bottom of the stairs operating two cans in the ceiling. For 20 years, they've never worked right. Either switch would turn the lights on or off, like a single pole switch, but neither would turn the lights off if the other switch had turned them on. In other words, flipping either switch up would turn the lights on, but both had to be down to turn them off. That's the history. Now I find the bottom switch does nothing at all, while the upper switch will turn the lights on and off. I disconnected both switches and tested the wires in each box for voltage. Both switch boxes have one romex bundle going into the box, BWRGnd, and nothing else. In both boxes I found 120 volts on the white wire when testing it to ground. No voltage on the other colors. I went ahead and replaced the lower switch, thinking it may have gone bad. I wired the white to the common terminal in both boxes, and the black and red to the travelers. Still, the upper switch works, the lower one does nothing. I've spent many hours scouring the internet for this problem and found nothing quite like it. Can someone advise me? 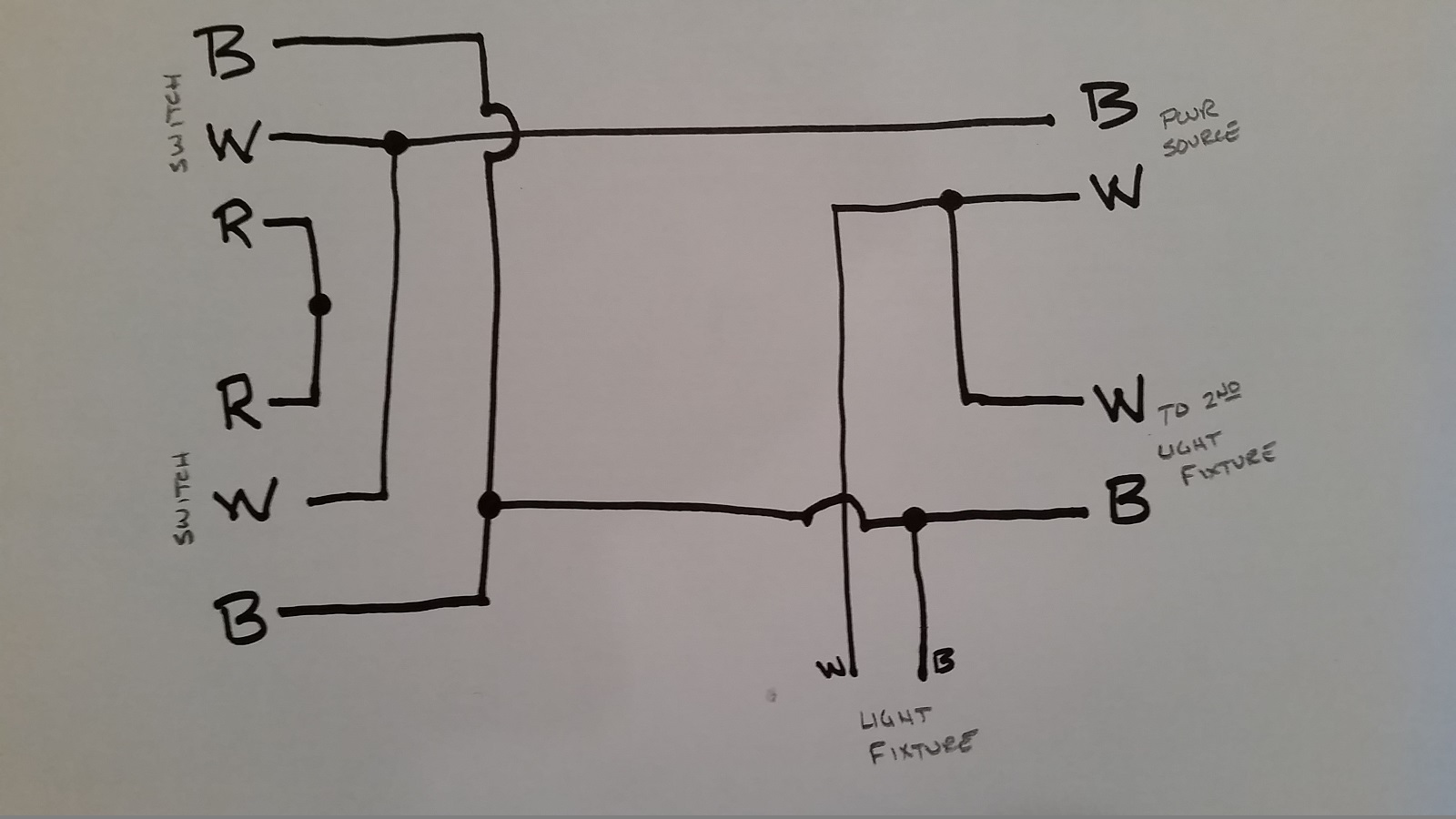 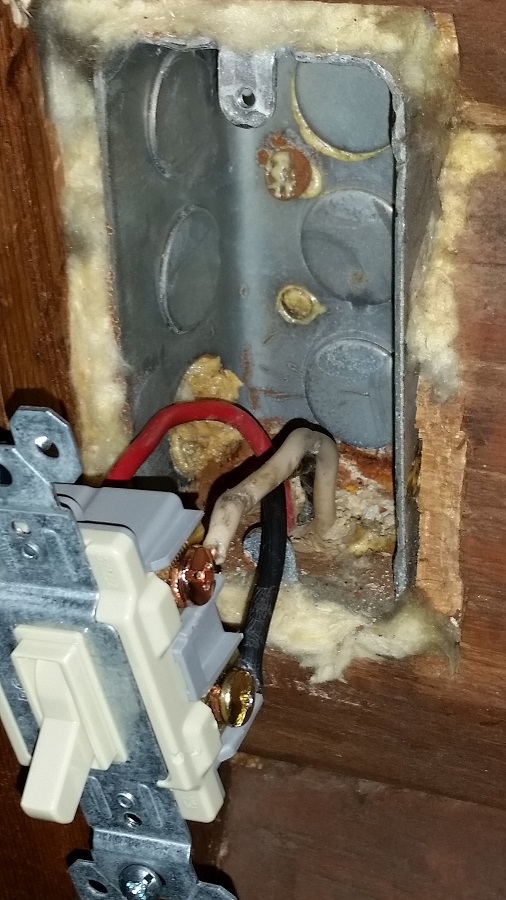 Here is an educated guess..... 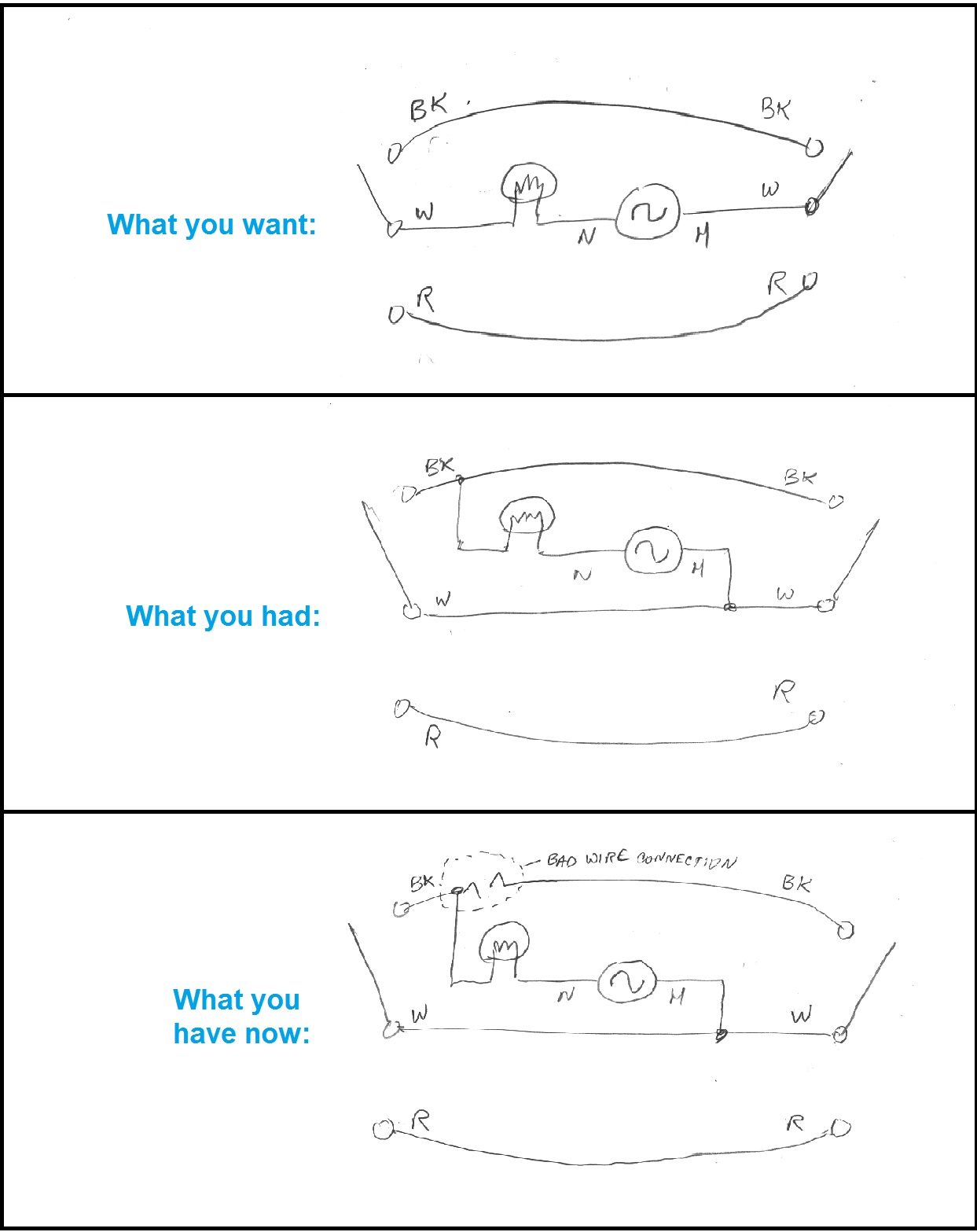