I am a DIYer and have made pendant/ chandeliers before with great success but I may be over my head with this one...

The question is boiled down to this: is the current wiring I have adequate for the job and do dimmers have an effect on the wire load?

Here is why I ask this question: I have started a chandelier project that has 41 vintage 40 watt incandescent bulbs. (40 watt bulbs were the lowest I could find for the style i wanted.) This will be on a dimmer to reduce the light output of 1640 watts of course! i have figured the amps are 14.9 at full power but can't find any answers about the affect dimmers have on amps if any.

This circuit includes five high hats with bulbs that I'm guessing are about 100 watts but we are prepared to change to LEDs so the added amps will be marginal.

My research suggests that amps in this set up are just about where they should be for a circuit with a 20 amp breaker. What I can't figure is if the wire is adequate. As far as I can tell the wire from the dimmer switch to the fixture is 16 gauge solid copper probably rated for 110 degrees(?) It is a 15- 20 foot run from the dimmer. Right next door (before the dimmer) is the switch for the five high hats. before that i assume the line runs direct from the breaker box for say 40-50 feet and I'm guessing it's probably the same gauge wire there.

So, in the interest of not burning my house down, can anyone tell me if the wiring is adequate and if dimmers reduce amps too?

Many thanks in advance!

PS. I don't think this is relevant to my problem but I figure i will mention it. I plan to use or fashion a power distribution set up where all hot wires go to one bank and all neutral go to another. 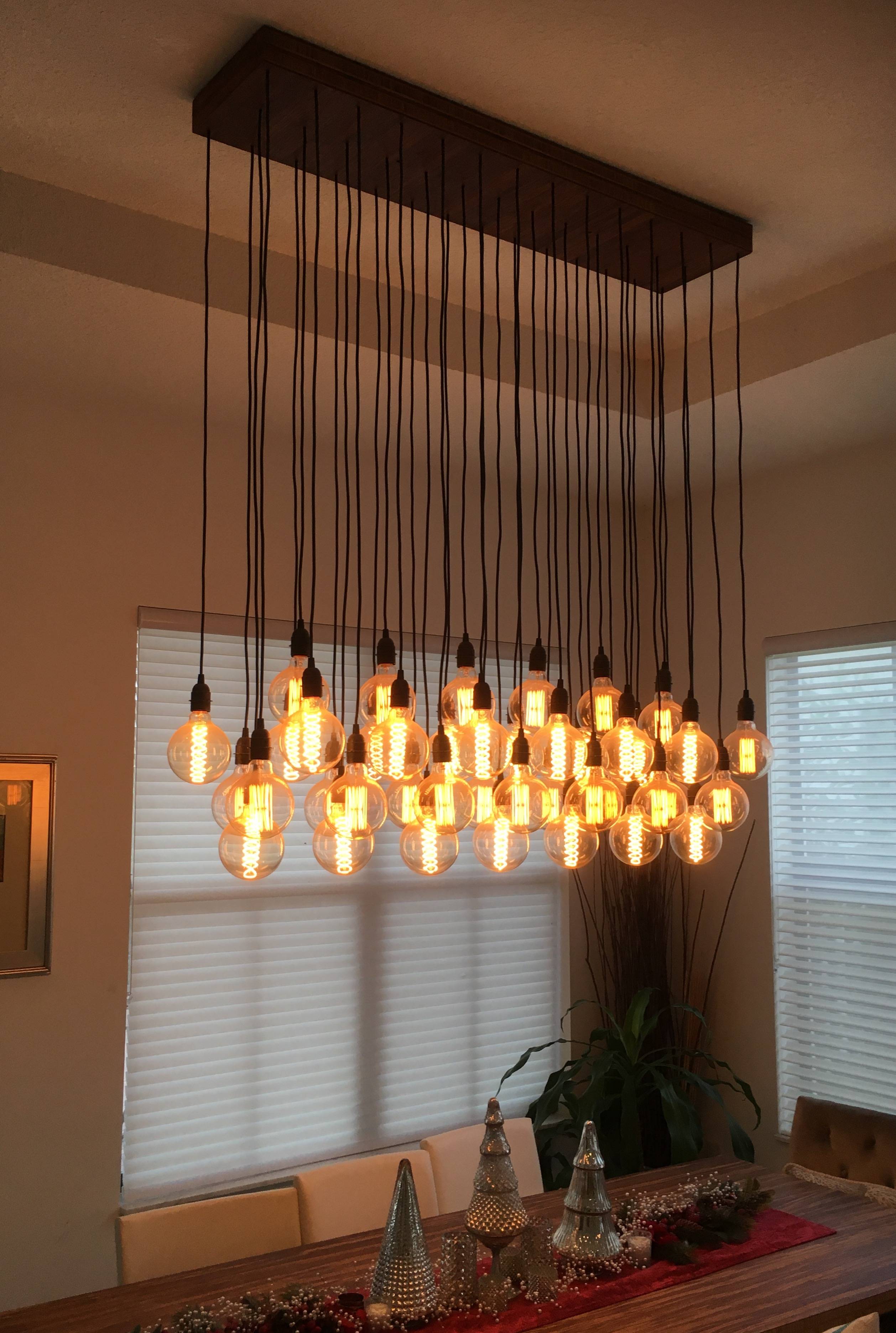 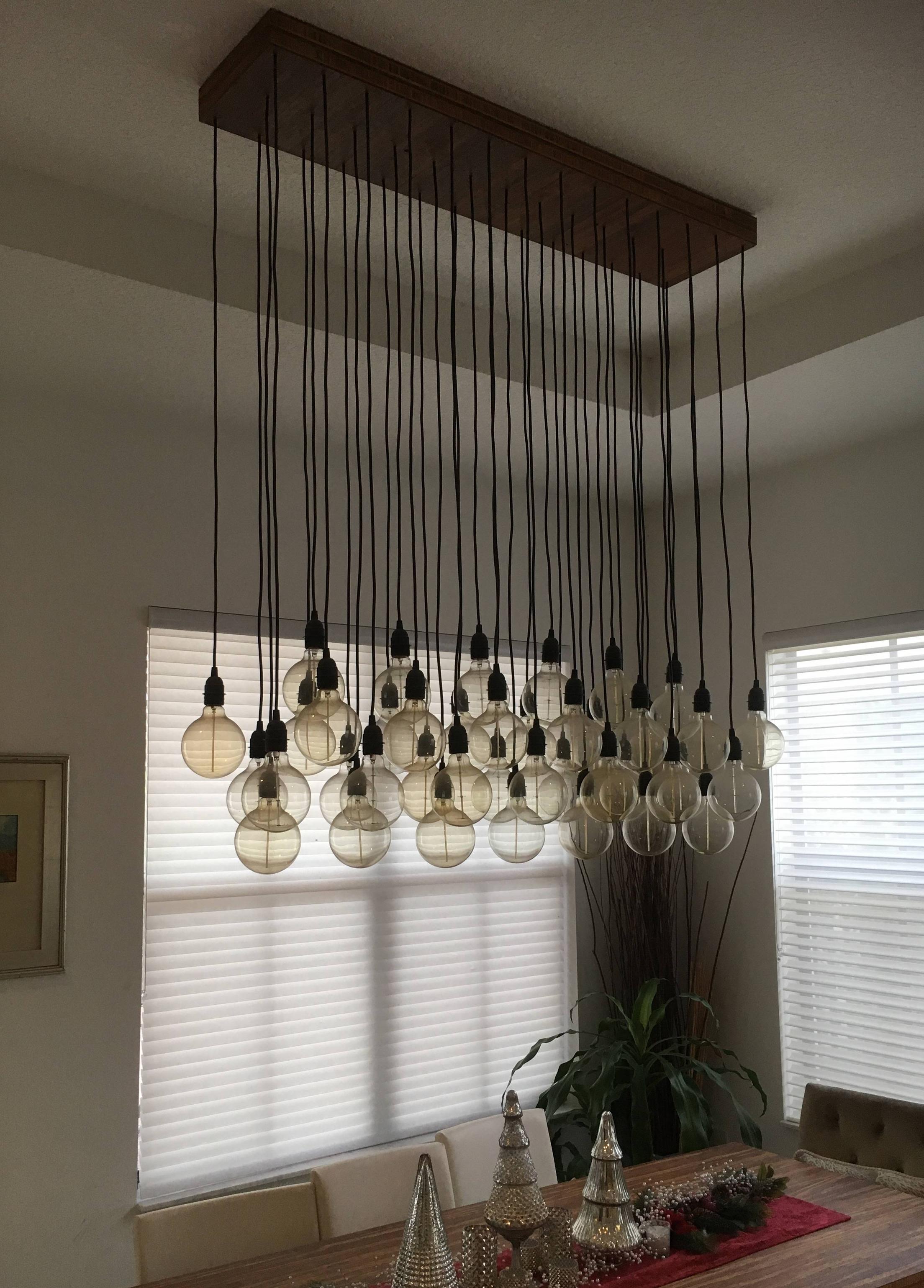 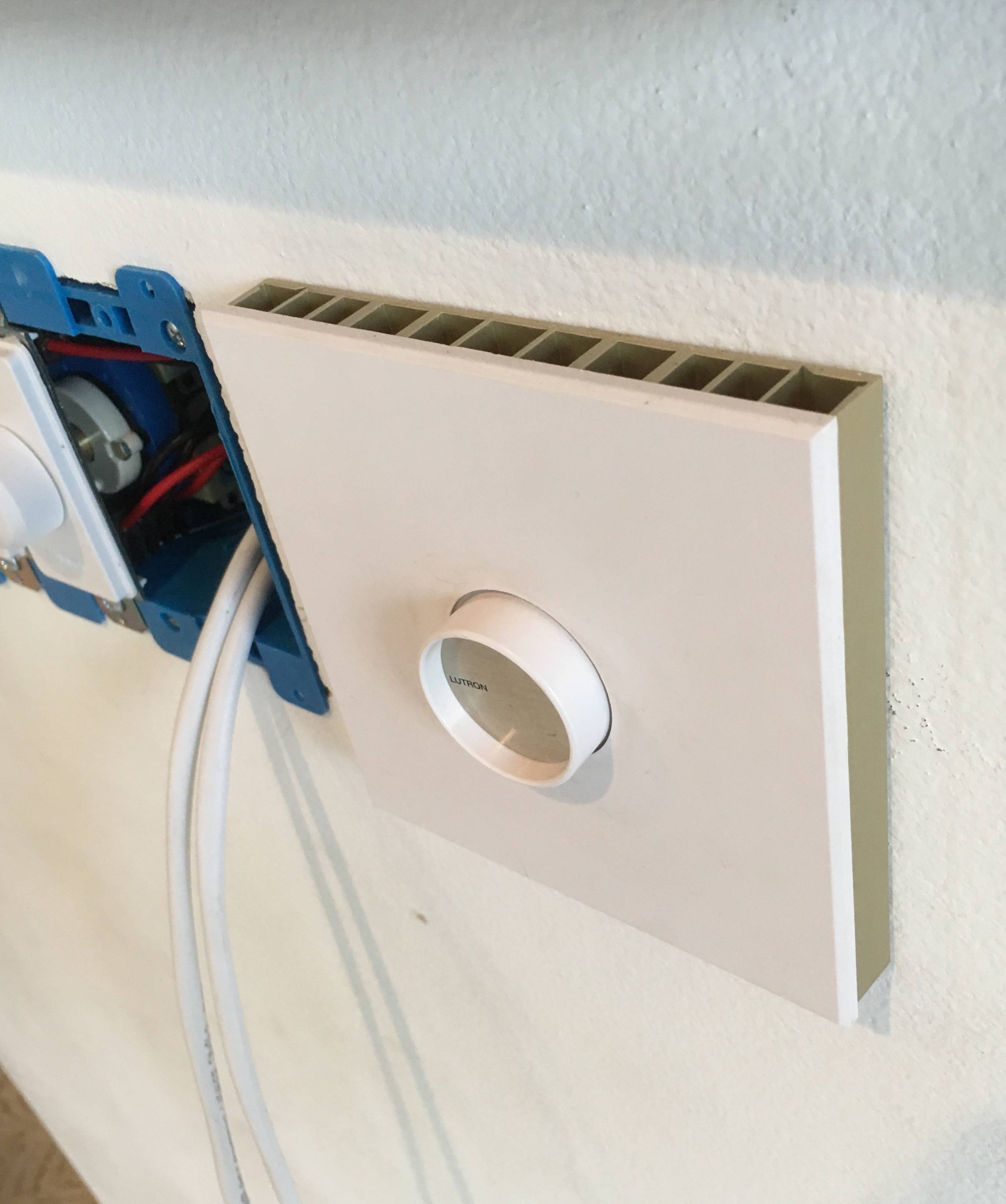 A dimmer will reduce the effective current when the lights are dimmed, but I think the Electrical Code will require the breaker and wiring to be suitable for the maximum (full brightness) load.

What you have to realize is the chandelier needs a dedicated circuit. That means nothing else can be on the same breaker.

A #12 AWG straight to the panel with a 20 Amp breaker will be sufficient.

Likely the existing circuit is shared with other lights and outlets, and ignoring this is just a problem waiting to happen.

Also, the fixture wire itself should be at least #14 Awg. Anything smaller and you're in violation of NEC article 402.5

Some dimmers do decrease the load but even at the lowest intensity is just a 40% reduction. Remember, dimmers get hot for a reason and that is the energy being displaced as heat. Dimmers do increase the life expectancy of bulbs but that is about it. And yes they do make 2000 Watt dimmers.

You do not state your location, but in the US this would require a dedicated 20A circuit using #12 wire. I am not sure about Canada, but I believe they require a maximum 15A circuit for residential lighting, so this fixture would probably not even be legal to use.

You would require a 2000 watt dimmer. They ARE available, but are very limited. They would usually require a 2-gang wall box and typically cannot be ganged with other switches or dimmers, at least without derating.

Lutron would be the likely brand for this. Here is a spec page for the most popular version: Lutron Nova dimmer

To address your amps question, yes, in an indirect way dimmers do reduce the amps drawn on a circuit, but this has no effect on circuit design. The circuit would need to be designed for full load use.

Reducing the power would make the bulbs last much longer.

The beauty of the autotransformer is it is very efficient at power conversion. So input current (@120V) would fall in proportion to power used; i.e. squared. This quickly gets you inside the legal limits for circuits.

Since the autotransformer is built-in and can't be overridden, you would only have to provision power for the 9.5 amps.

You could also use a variac, a variable autotransformer, for wide range dimming. You could limit the travel of the variac so it can't go to 100%.

**Electrical power is actually 120V. "110" is a slang term for power, which reflects what the voltage was in the 1920s when mains power was first widely marketed to common citizens. They've given it a few bumps since then.