I'm trying to refurbish a radiator which is in pretty poor shape. The paint was all cracked and yellowing, and having sanded it, there's rust patches underneath. 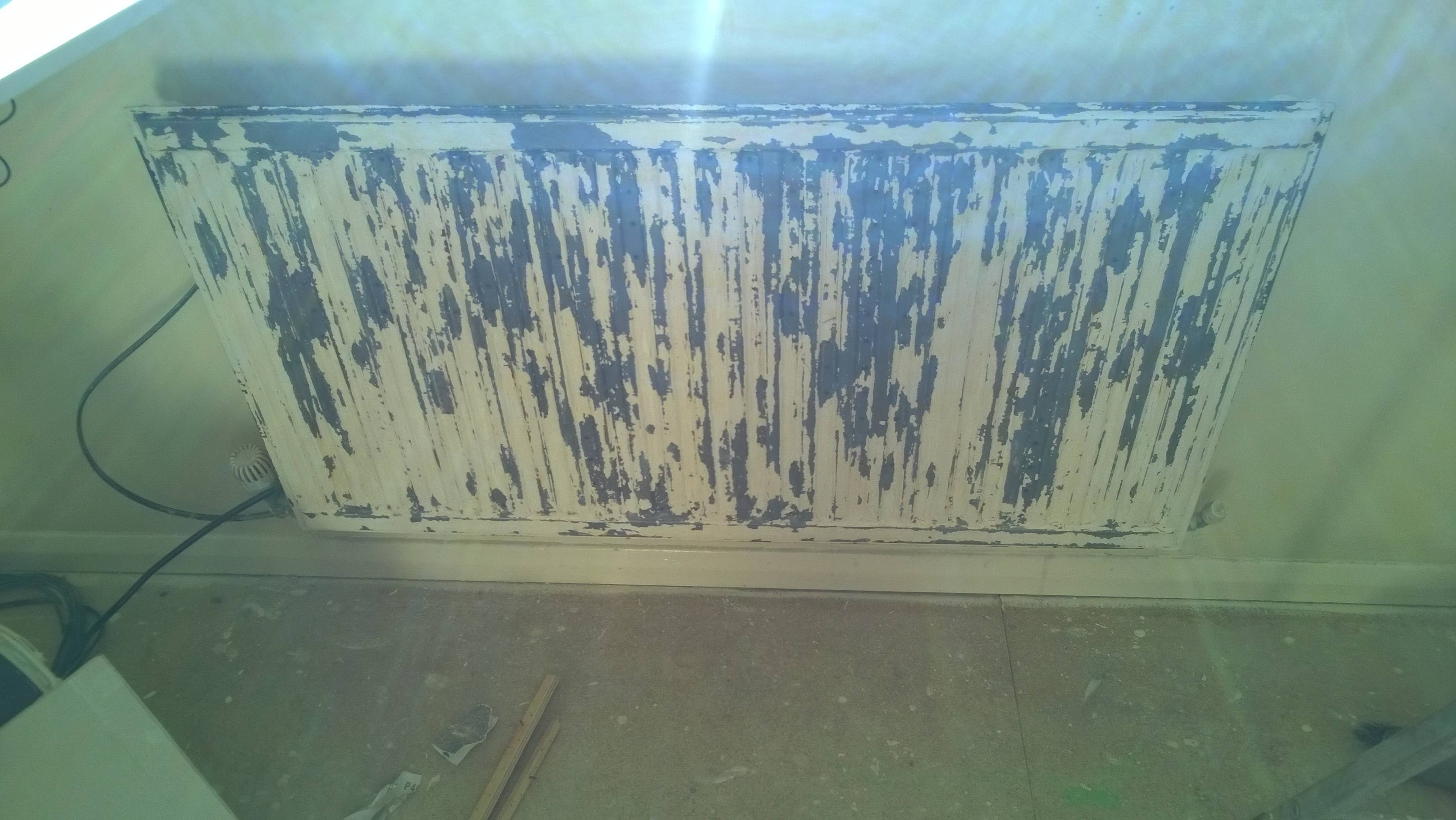 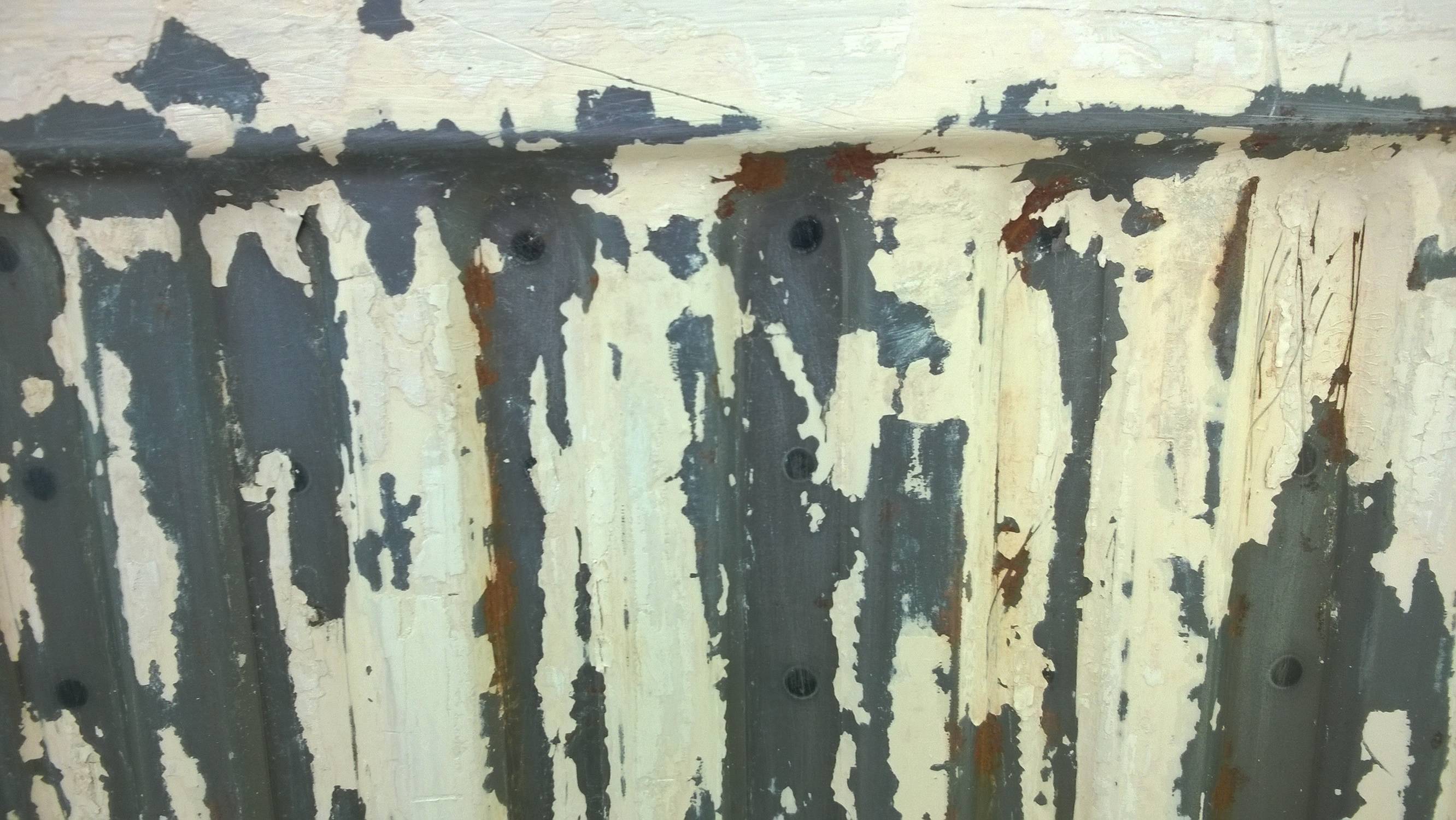 It's been painted badly in the past as well, so thick layers of paint have pooled at the bottom and are proving very hard to remove with sandpaper. I've already used several applications of paint stripping gel, which also no longer appears to be having much of an effect. 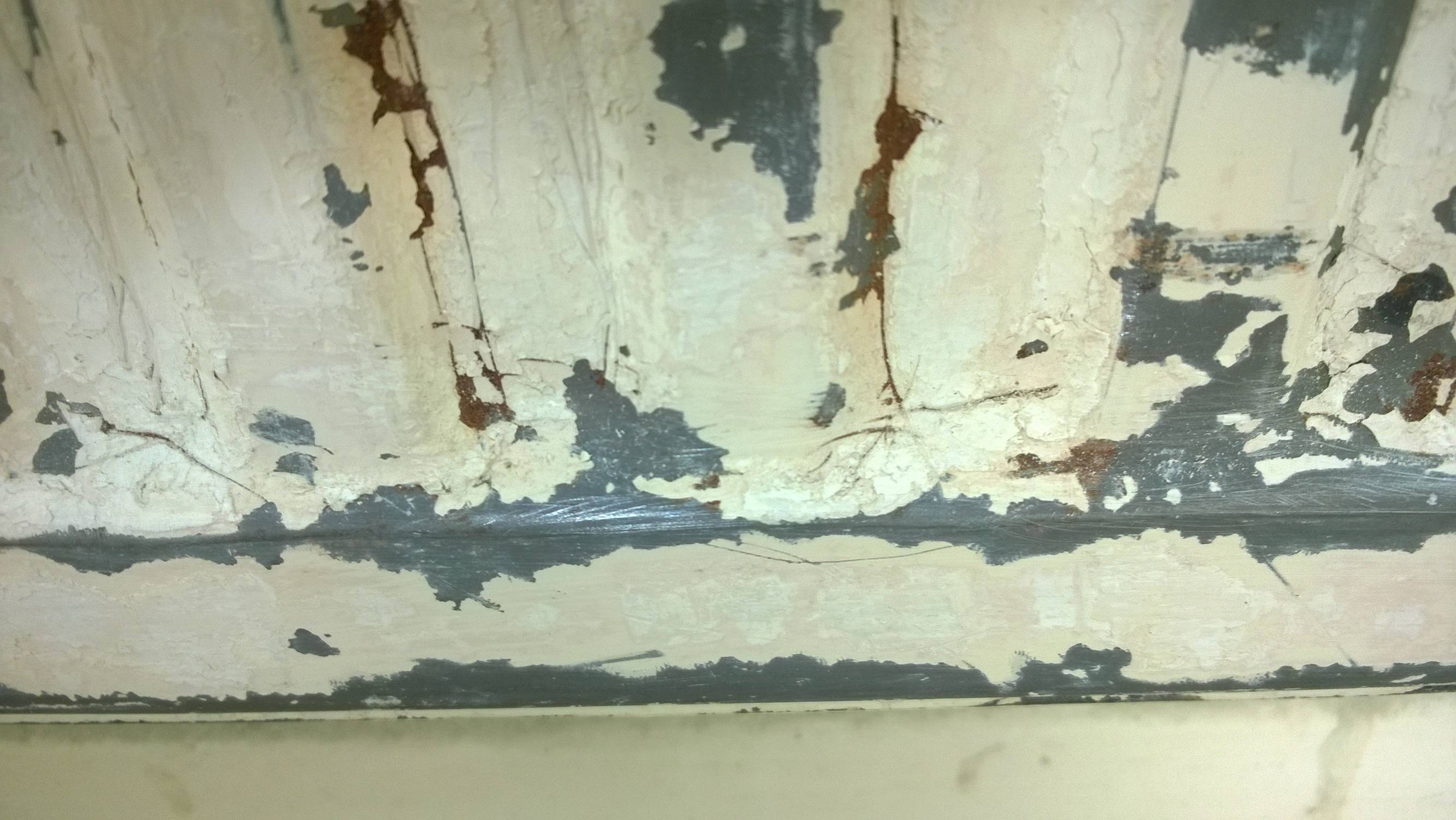 1) How can I tidy this up to get a nice smooth finish? As I say, sandpaper is proving hard. Is there some way I can more easily remove or smooth off the remaining paint, especially in the awkward fiddly areas?

2) I have some anti-rust primer - will that be OK to use over existing rust? Here's what I have: 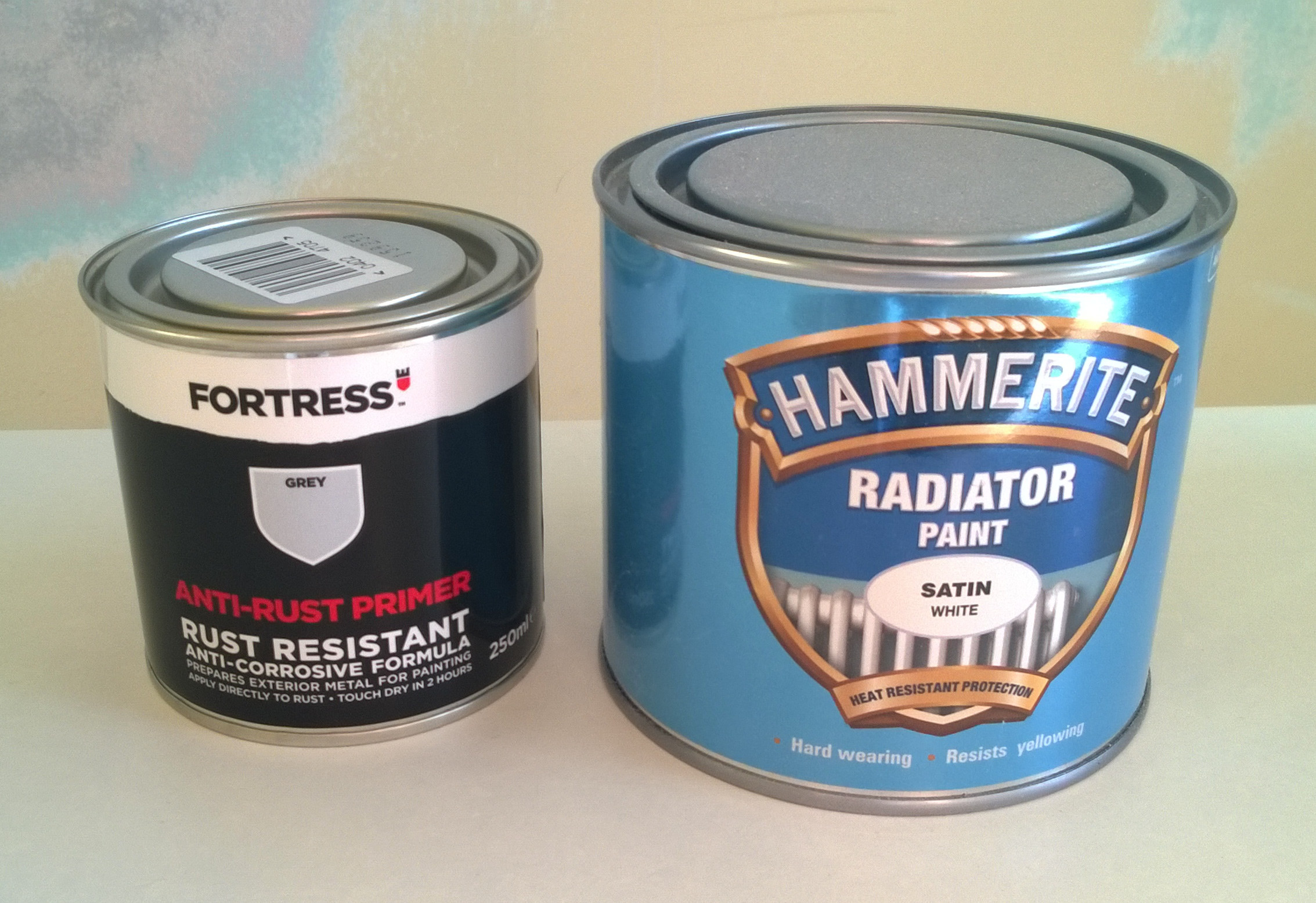 I have used a wire-wheel on an electric drill to remove loose paint and rust from a radiator. It can be hard work but you can get down to bright clean steel using those tools. Your case looks extreme but I would try that to judge the effectiveness.

I would aim to remove all traces of rust. If there is too much rust for this to be practical, that might be a sign that it would be better to replace the radiator.

I note that many "Hammerite" products are designed to be painted onto rusty surfaces - I'd check the information on the tin.

I used aerosol cans of radiator primer and top-coat.

There are too many nooks and crannies there to get all of the paint and rust off by hand. There is bound to be paint drips on the backside where you can't reach, as well as on the inside. Radiators lose some efficiency once they are painted.

The proper way to restore it would be to disconnect it, and bring it to a shop that can blast off the remaining paint and scale and then powder coat it. This would be fairly expensive to do just one, but would be fairly cheap if you did several at a time. The good thing about powder coating is that it is resistant to heat, and won't crack or peel over time like most paints.

One other option is to get a replacement one. These type of radiators are fairly inexpensive, and may even be cheaper than having them restored. They come from the factory with a baked on finish, and most of them have guarantees that the paint won't come off. The newer one would also probably be more efficient. You might be able to get away with an even smaller unit.

Not the answer you're looking for? Browse other questions tagged painting radiator rust-removal or ask your own question.