Is this wiring suitable suitable for 3-way Z-Wave switches?

I'd like to install a Jasco Z-Wave switch (45709) and its add-on switch (45710) in this newish (2004) house, but the wiring instructions do not correspond to what I have behind the current (mechanical) switches. It currently appears to be wired the same as this diagram: 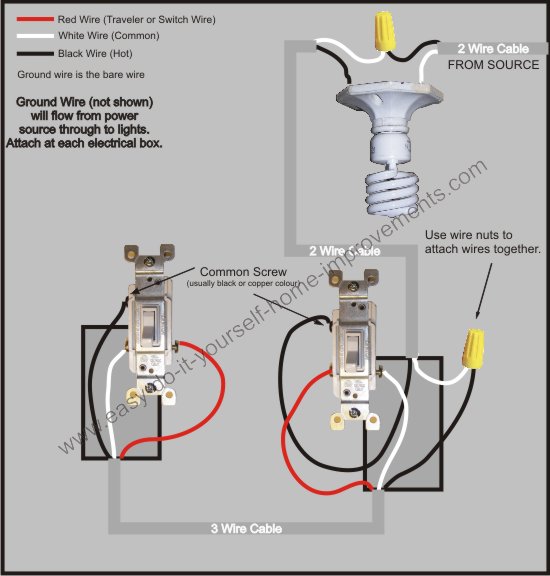 The colors match, and I've confirmed the black wire on the left hand switch is hot regardless of switch position.

Some of the connections are obvious:

But that still leaves the question of where the neutral connection comes from in each switch. To be clear, the 45709 expects line, neutral, load and traveler, and the 45710 expects neutral and traveler. (Wait, what? It doesn't need line. I guess the traveler wire carries DC power as well as signalling.)

Unfortunately, that style of wiring -- essentially a "switched loop" -- is not compatible with "smart" switches that require a neutral.

The 2011 NEC finally recognized this and now requires neutral at switches, but your home obviously predates that requirement.

There are a few options, but none are easy/cheap:

Replace the wire between switch and light with a three-conductor (14/3) wire. You get hot, neutral, and switched hot.

Run a new power source (which would include neutral) to either switch, and disconnect the existing source in the light.

This requires access to one of the light boxes, as well as another power source.

Use an in-line module

Buy and install a Z-Wave "in-line" dimmer or relay in the light box to control the light. 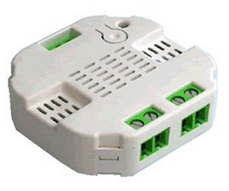 Nice thing about this option is it doesn't require changing wiring (and thus no holes/etc). The module will cost ~$60 but that may be the cheapest option compared to the alternatives anyway.

Not the answer you're looking for? Browse other questions tagged wiring lighting home-automation or ask your own question.

1
Wiring the Auxiliary switch on a 3-way switch
3
How can I install Z-Wave switches in these different situations?
1
Wiring light switch with neutral (Z-wave)
0
Electrical help: wired new Z-wave wall switches (fan and lighting), old switches were jumpered and I don't understand the reason
1
Can I safely disable a three way fan switch to use for providing ground to remote three way box?
2
how should i wire up this 2-way z-wave switch?
3
Need help with 3-way wiring (diagram included)
2
Wiring Z-wave Dimmer switch into 2-gang switch setup
1
3-Way Wiring Help
2
All wires hot in 3-wire cable to 3-way switches?