Is the Thermostat Wiring Correct

When I moved in to the house the first thing I changed was the old mercury style T-stat to a digital one, I went wire for wire, and it has works (knocks on wood) so far. Now that I have been reading questions about WiFi T-stat and started looking at all of the different kinds that are out there, man now I want one. From what I found am going to have to run a new 6 wire T-stat wire to add the constant 24V and I have to match the rest of the wires but that is where I am confused

I first I opened up the T-stat and from what I have read it doesn't look right. Next opened the indoor unit and found all of the wires from the T-stat and I am now really confused.

From the T-stat I have five wires. 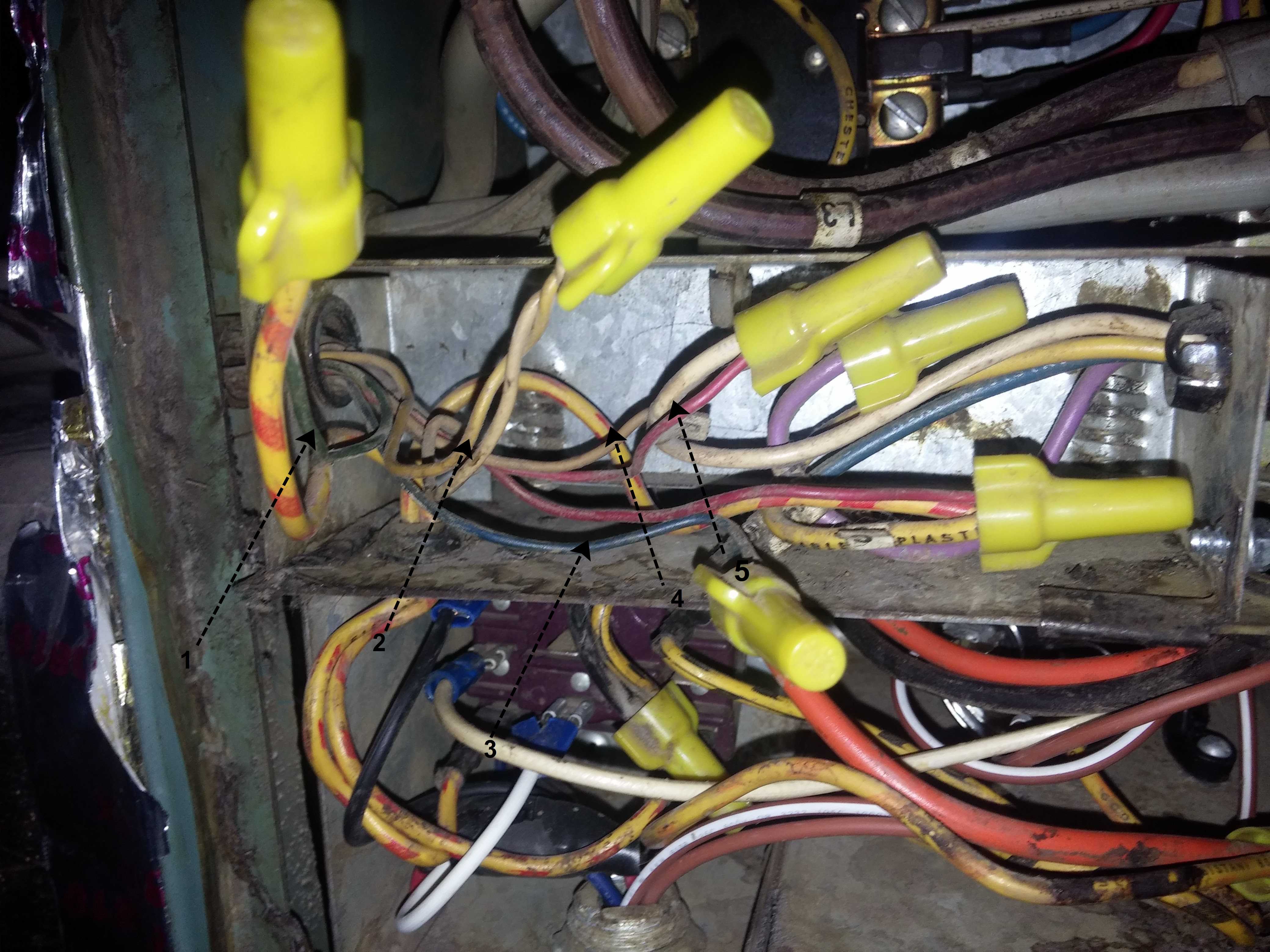 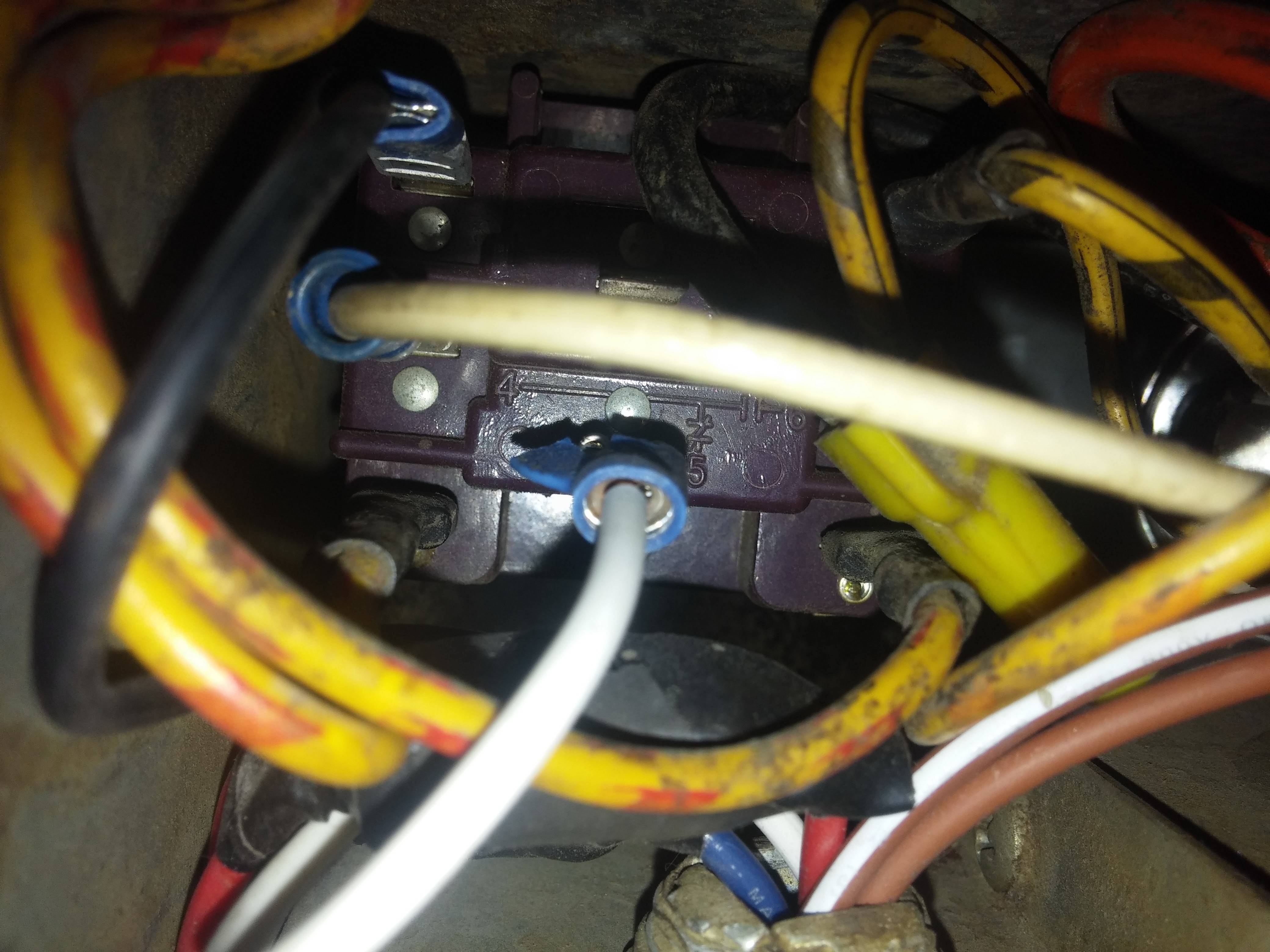 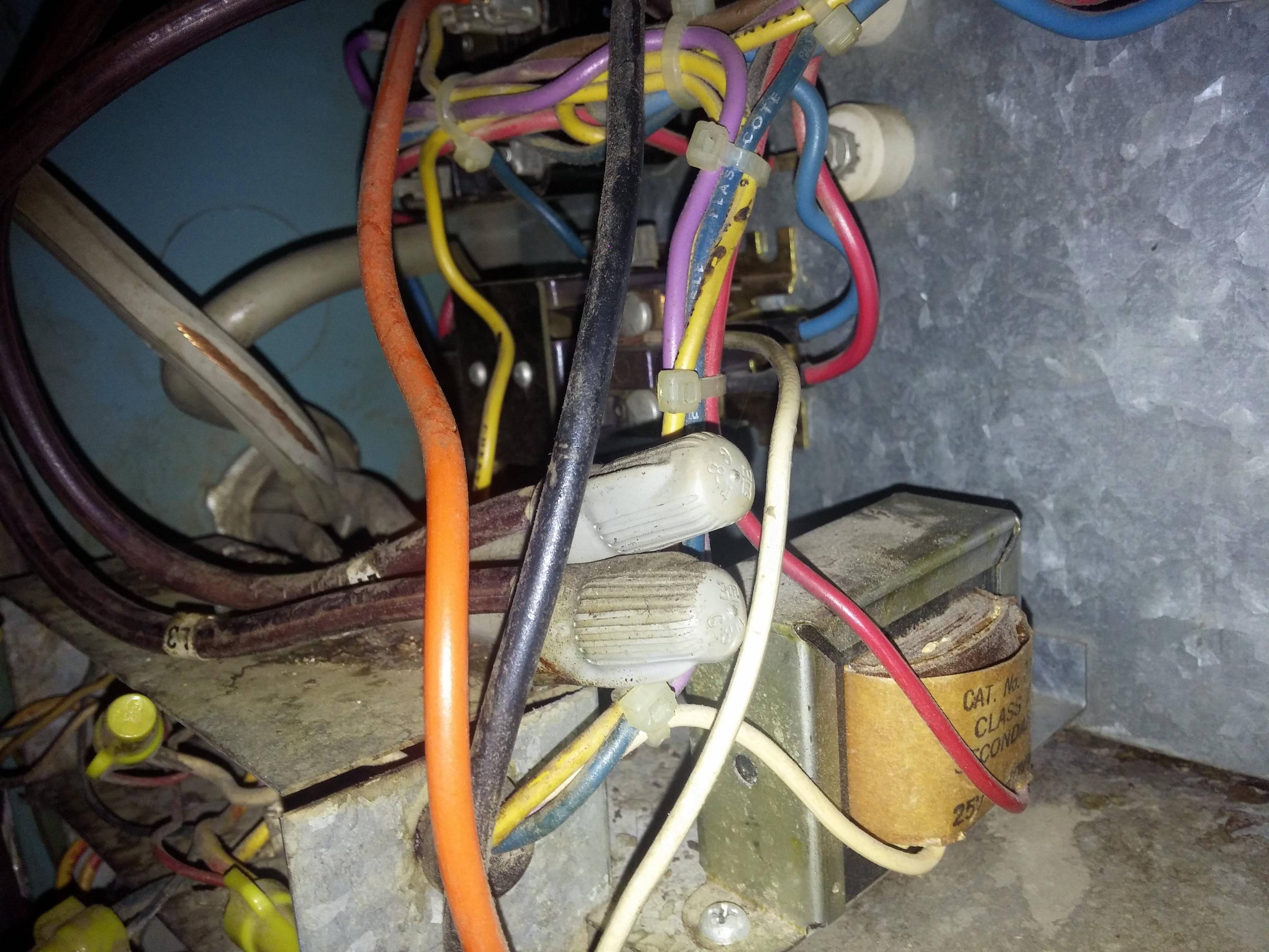 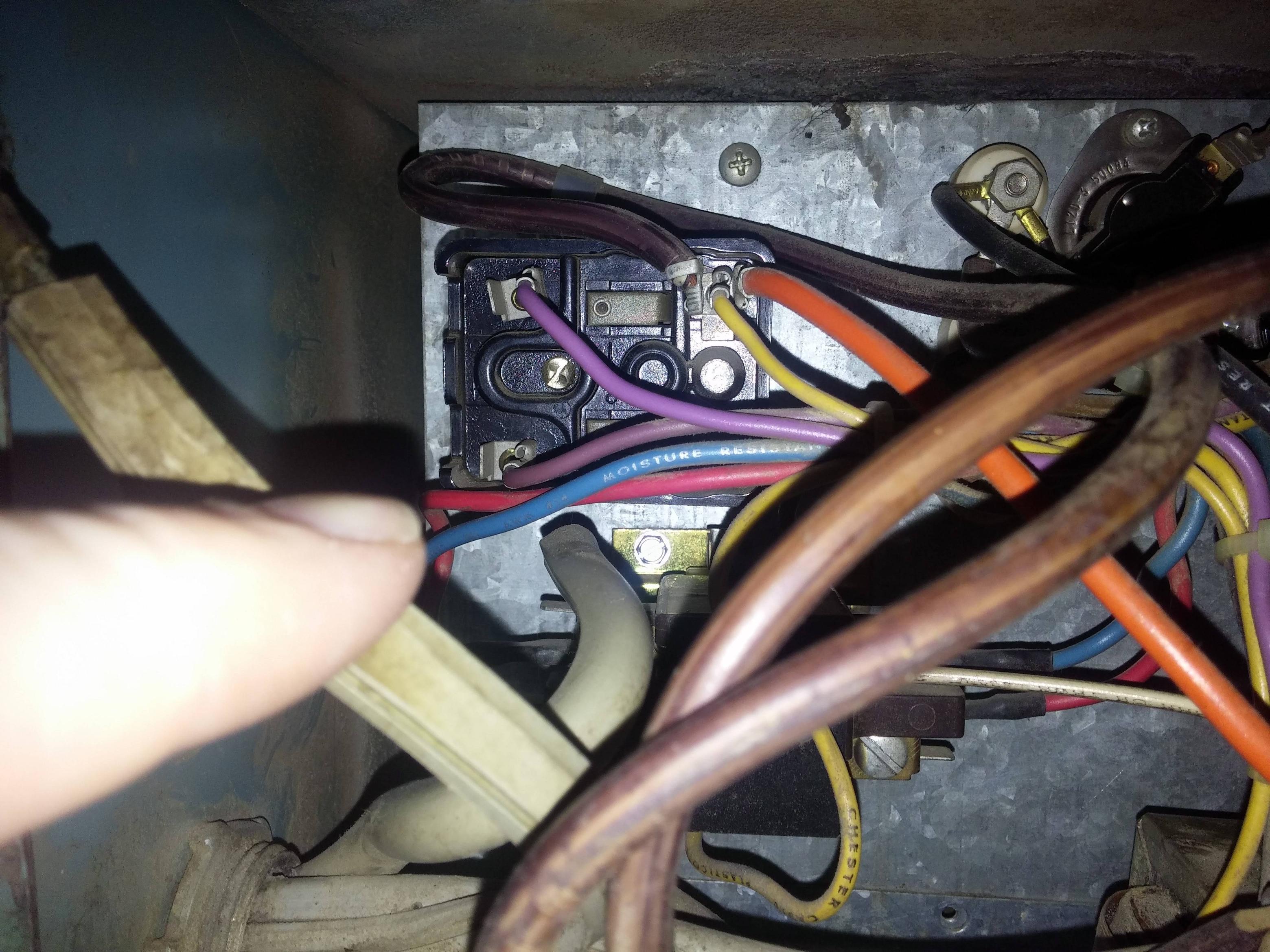 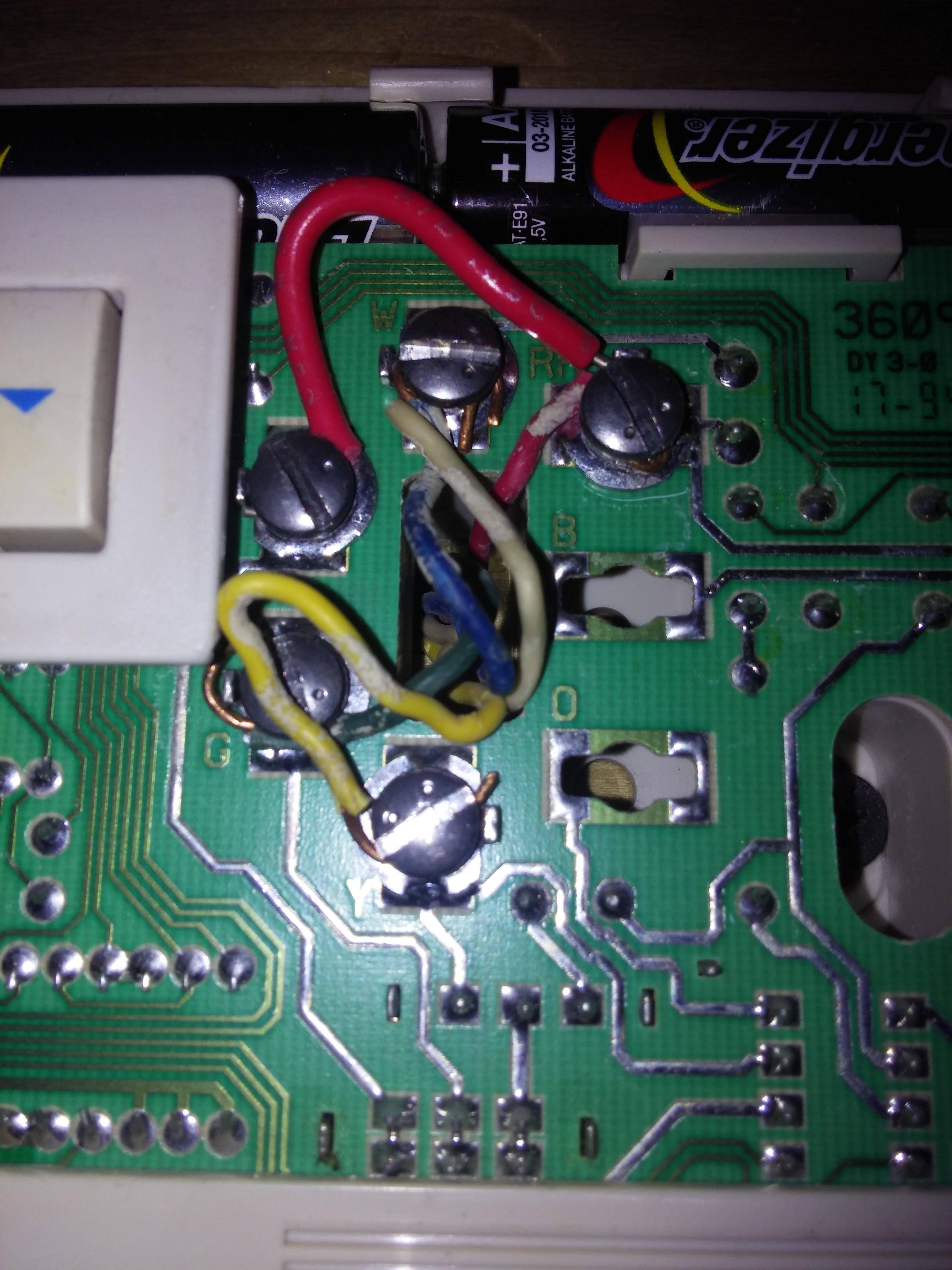 So why is the blue and white wire together, what am I missing? 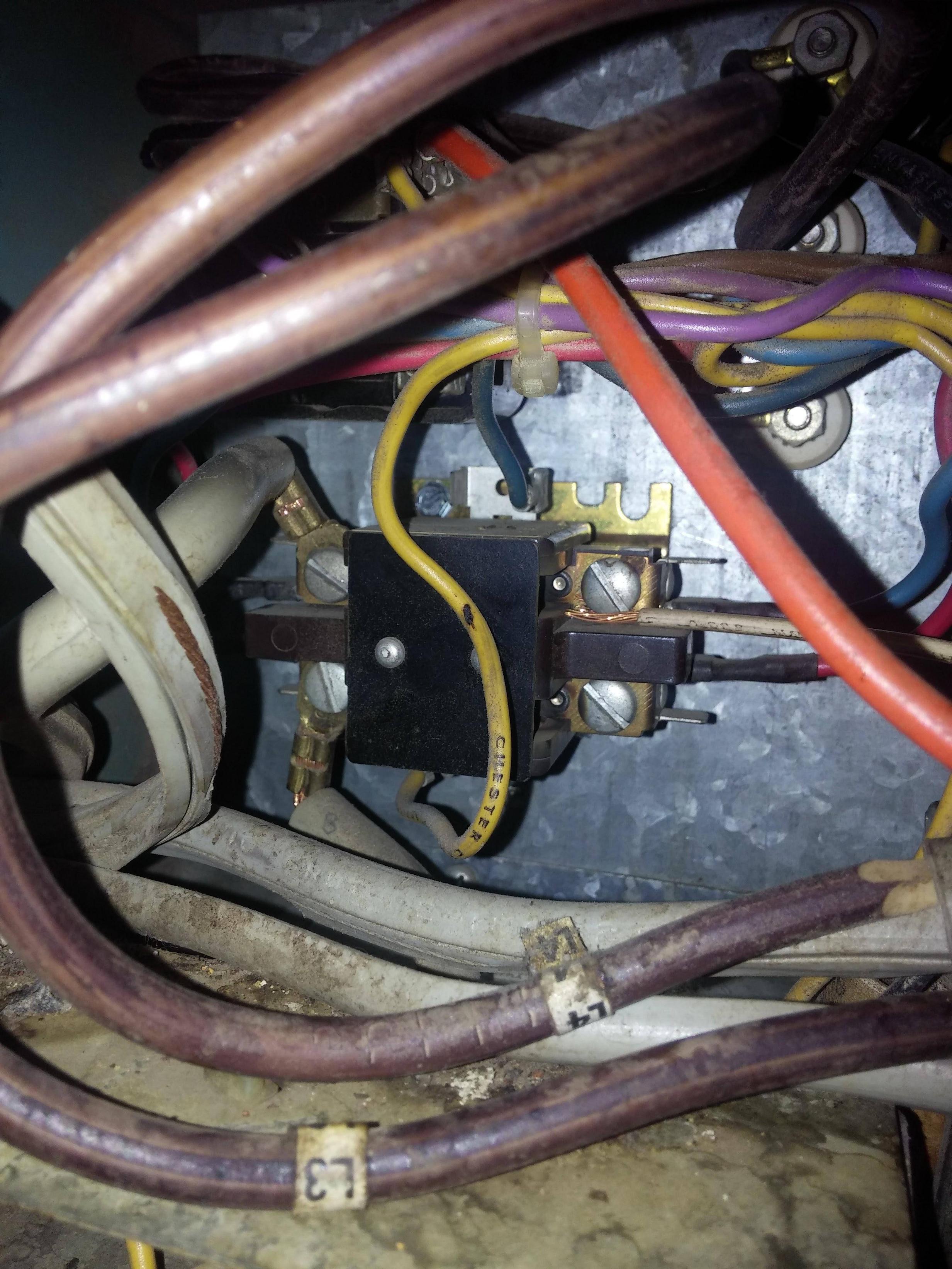 My second stab at answering this:

Since this is not a heat pump, I now see more clearly you have a photo that shows your blue wire connected to the coil of a contactor in the unit that is separate from the contactor controlled by the white wire but also with heavy supply wires coming into it. Judging from the large size of the wires fed into this contactor, I believe this was originally meant to be control for stage 2 electric heat. However, given the small gauge white wire that is connected to the load side now, I cannot say what has been connected in place of stage 2. I can say that unless that small white wire coming off that contactor is separately fused, then it is probably a fire hazard. I also see in the same photo that you have a lot of bare wire exposed on that heavy conductor.

I see this often when someone uses a thermostat with only a single stage option. If I recall White is stage one and blue is stage two. Depending on the furnace this might just be high and low fans. If you upgrade follow the install instructions for the thermostat and you will likely become more efficient by using both stages.

Not the answer you're looking for? Browse other questions tagged wiring hvac thermostat or ask your own question.