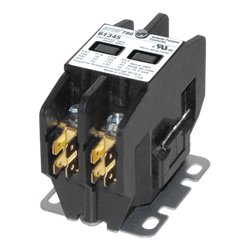 I am using this contactor to control a 220V well pump that fills a cistern. I then have a float switch in the cistern which, when closed, should cause the well pump to kick on and fill the cistern.

The contactor has two silver contacts on it that appear to be for energizing the coil, one on each side. How do I wire the float switch into this setup?

If it matters, the float switch I have is a SJE Pumpmaster:

The Rest of the Story

I wanted to respond to some of the comments for posterity's sake.

If you don't know what "in series" means, you probably shouldn't be doing electrical work.

I understand what it means in general but was somewhat confused by this setup and how to apply "in series" to the current situation.

The reality was that I wasn't actually doing the work myself. The guys who dug my well were installing all of this equipment. I didn't always trust the work they were doing so I was asking them to explain things to me. When the installer explained how he was going to wire the contactor, he told me he was only going to have one wire going to the coil and leave the other side without any wire connecting to it. That seemed very wrong to me, but he said b/c it was 220, it would "just work." I highly doubted that and posted here to confirm the correct way to wire it.

By the time he was finished, he realized he made a mistake and had it wired like @Tester101's diagram.

Per Tester101's comment, why are you using a contactor at all? What type and size of well pump (submersible, jet pump) and is it currently hard-wired or plugged-in? Also, what is the model of the float switch you have? Hopefully it's a "PMU" model (pump-up), but they also have versions with and without plugs (which is why I ask). All of these will potentially dictate the best way to wire this up.

I'm using a contactor because the well installers said that is the way it should be done. They explained that the float switch wiring was too small to run the pump's current through that wire. It's a 3/4 HP submersible pump that they have wired using 10 gauge wire. The float switch model is linked to above.

In general, the circuit will look something like this 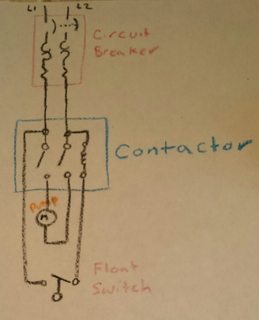 Though you may need a resistor in line ("in series") with the coil.

The documentation for the float switch says it can directly control a 1 hp pump at 230V, so I'm not sure why you're using the contactor at all. You might be able to simplify the setup, and remove the contactor. Then you'd wire it up like this

Wire the float switch and contactor coil just as if you were wiring a light fixture controlled by a wall switch. Or, in bad ASCII art:

The picture below is how the well installer ended up wiring the contactor. Note the real setup has a Pumptec installed between the contactor and well pump. I left this out of the question originally to simply the question and because I knew how it should be wired in.

The key for me in understanding this was that the contactor coil could be operated off 220v and didn't need a neutral. 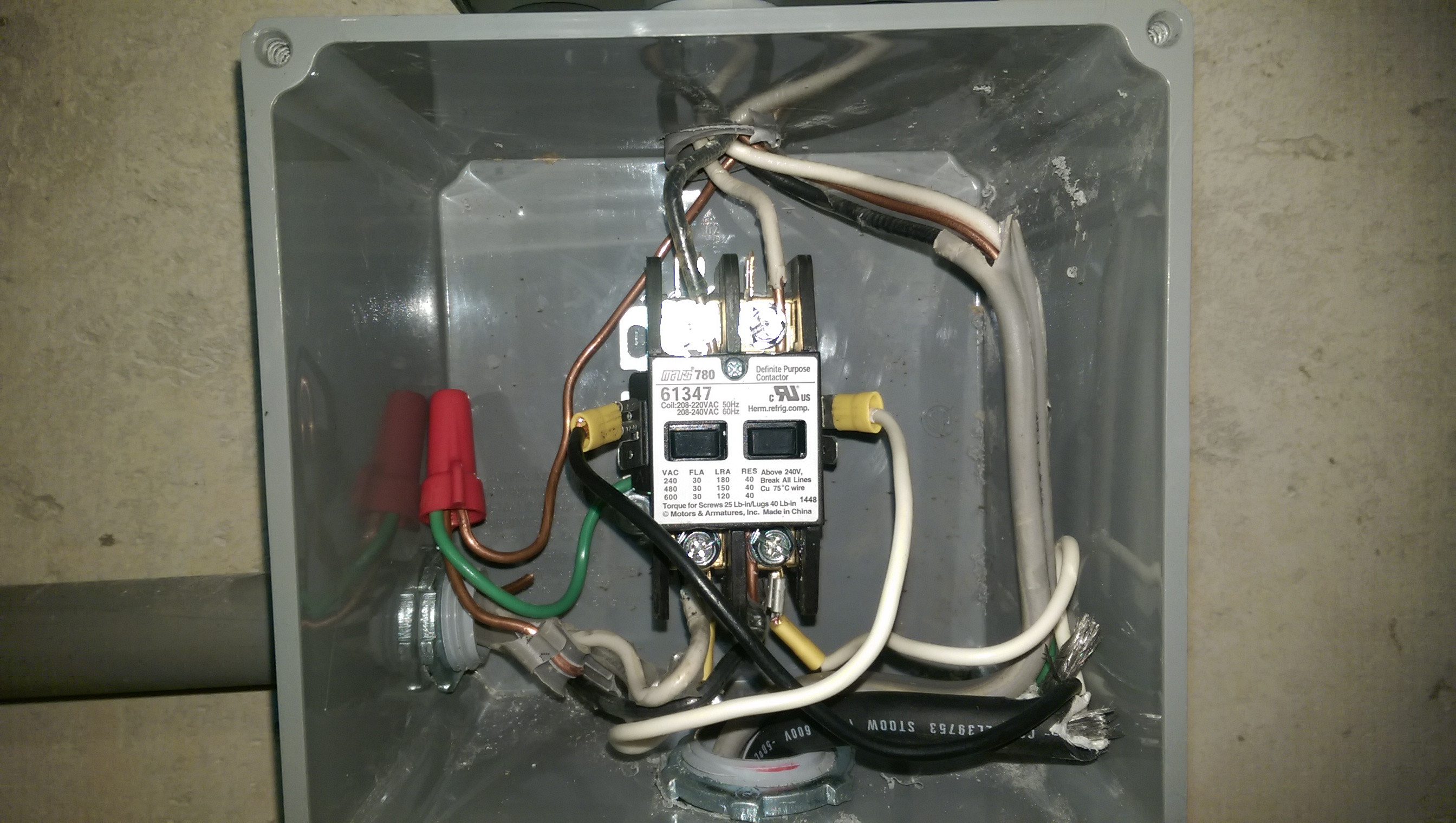 Not the answer you're looking for? Browse other questions tagged electrical well-pump or ask your own question.

6
Why are some submersible well pumps wired with solid and others stranded?
1
What's the best way to connect two separate generators to a well pump?
4
Choosing the right replacement pump for well
2
Reduce speed of existing well pump
2
Float switch as emergency cutoff for well pump
0
Does a 240 volt single phase air compressor need a starter
0
What type of wire to use in underwater applications
1
What is the difference between a cheap and a more expensive submersible well pump?
3
Well pump issues for irrigation system
15
Accidentally left hose on and now have no pressure