Is this cement board / Sheetrock still ok to use in my bathroom?

Our builders are putting up cement board in the bathroom, and we noticed the pieces on the left have some stains, they look very different to the rest that looks the same as the ones on the right of the picture. Is it still ok to use them? Thank you 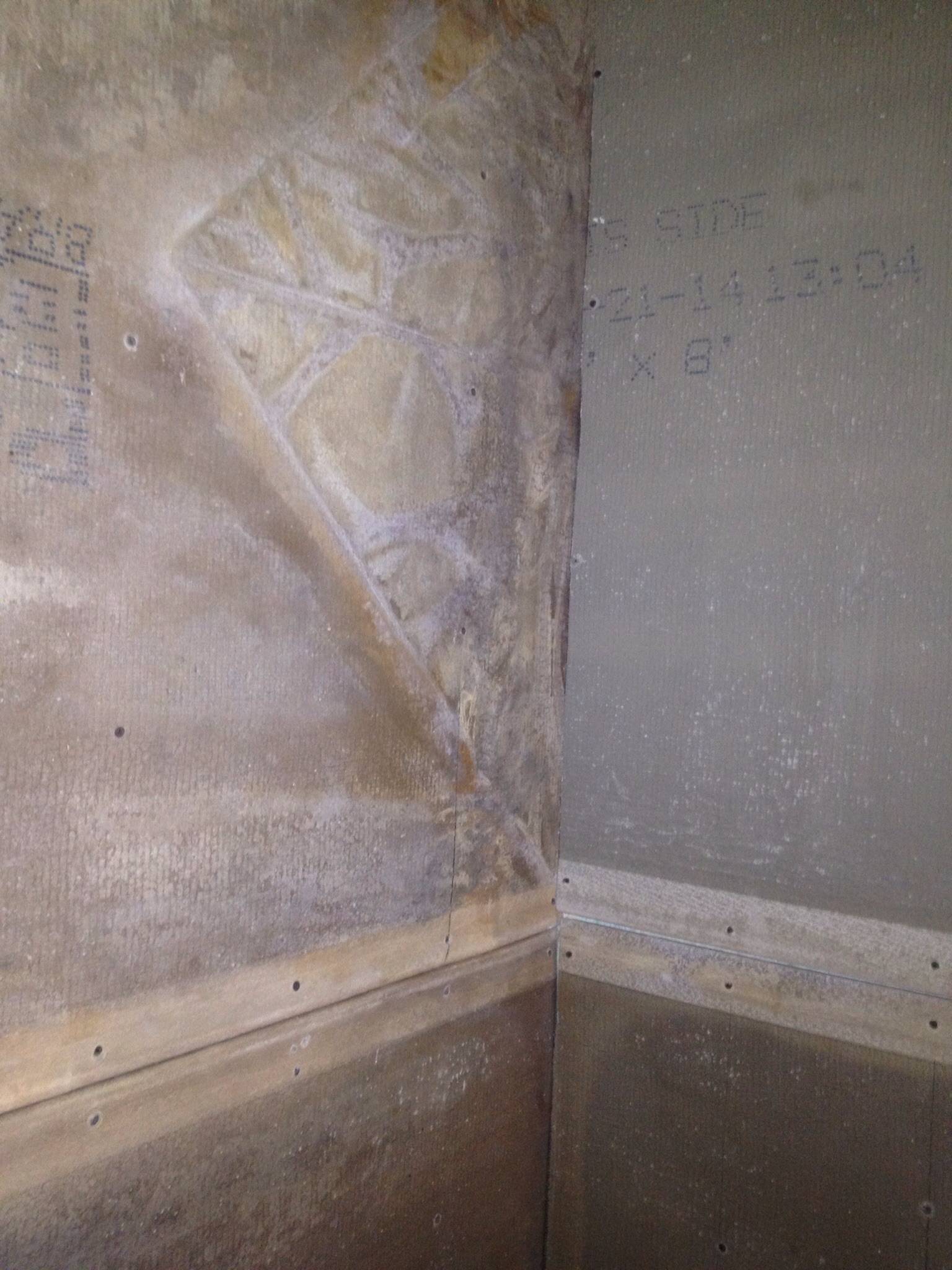 As long as the cement board is solid with no large cracks it is useable. The stains may have occurred for any number of reasons. Also the cement board should be flat and even with no ridges. And do not worry if they feel or look wet, moisture won't effect it.

The pattern on the CBU (cementitious backer unit, which is what that stuff is apparently called in the industry) look like one of two things:

Keep in mind that CBUs are not waterproof. They take water. You don't want that mould behind the tile. (If it were me, I'd put a membrane over the whole thing, like the Kerdi stuff or else that rubbery paint-on membrane. But I'm a little uptight about "waterproof installation" with tile.)

Note that this could just be my impression from the pic, and it could be colour variation. I'm bad at photos.

Not the answer you're looking for? Browse other questions tagged bathroom mold cement-board drywall or ask your own question.

6
What is the most suitable material to use for baseboards in bathroom
2
How to start investigating the source of this leak in the bathroom
0
Mudding over cement board in shower
1
Can I use liquid floor leveler on a previously tiled wood bathroom floor where I could not get up all of the thin set
0
How to properly re-caulk this shower?
2
What type of lumber should I use for narrowing a recessed hole in my bathroom wall, to be used for a new cabinet?
1
How should I transition between cement board floor and alcove tub?
0
Filling gap between Schluter transition strip and drywall