What is the best short-term solution for fused neutrals?

I have inherited a house that has been in my wife's family since 1860. I do not know when it was electrified, but it seems to have skipped knob and tube. There is a lot of fabric-covered wire, and also some more modern romex wire. On examining the fusebox (yes, fuses, no breakers) I see that both the hot leg and the neutral leg have fuses in them.

My long-term strategy is to replace the fusebox with a modern panel with breakers. In the short term, I have purchased 30 Amp fuses which I intend to install in the neutral fuse positions. (The hot-leg fuses are 15 or 20 Amp.) My thinking is, since the hot-leg fuse is of a lower rating, it will blow instead of the neutral leg fuse.

Is this an acceptable solution? Is there a better way to ensure a continuous neutral leg connection?

I understand the theory of what you're trying to do, but I also understand the theory of the electrical installer that put fuses on both wires. You still have a wire running through the house that is only designed for 15-20 amps even if it's the neutral that should be fused via the hot. If there was ever a short that resulted in 25 amps going down the neutral, you could be looking at a dangerous situation.

My suggestion, if you want to fix it, is to go all the way and modernize the wiring with a full rip and replace. Although the reason I avoid older homes is because I would end up ripping and replacing so much that it's cheaper to get the newer home (think insulation, wiring, windows, weather seal, etc). And until then, if a fuse blows, don't assume the wires are safe unless you have personally removed the hot fuse.

Your concept is that neutral shouldn't need circuit protection, because it can't possibly flow more current than its partner hot. Oh, yes it can!

Where else would the current come from? Another hot. It's quite common for two hots to share a neutral.

Properly done, this is called a multi-wire branch circuit (MWBC); and in this case the two hots are on opposite poles, with neutral handling only differential current. Ergo it's mechanically impossible to overload neutral. Try all the combinations!

Happens all the time that people move MWBCs around and put both hots on the same pole. Now the neutral returns all the current for both hots - and you're gonna want that fuse.

It was also common, especially in the K&T world, for installers to play fast-and-loose with neutral: first running hot to a point-of-use, then running neutral back to the nearest convenient neutral, who cares. This isn't even an attempt to MWBC. Here, too, you'll want that fuse.

Blowing (only) a neutral fuse is not that big a deal - yes, it will light up the neutral wires at line voltage, but neutral is supposed to be insulated for that. It's bad news on an MWBC, as now the loads on each pole are in series, and one will see greater than 120V while the other sees less.

Nonetheless, because of the mischief that can happen on MWBCs, there's now a requirement that neutrals have common trip with their partner hot(s).

Do not up-fuse the neutral. If you feel obliged to do something, down-fuse the hots. However you should know that you cannot rely on overcurrent device sequencing (i.e. expecting the smaller breaker to trip first). Ask anyone who's put a 60A breaker on the #6 feed to their shed, and a 40A main breaker in the shed subpanel.

If you have not carefully mapped all the circuits, you could do some testing in the fuse box to identify and fix any promiscuous neutrals. Absent such testing and mapping, I would not simply eliminate neutral protection because it doesn't feel modern enough. I would fit a 3-phase panel and treat neutral like a phase, using 2-pole (3-pole for MWBCs) breakers on hot and neutral.

No- do not overrate the neutral side of things, try to keep them in line. The reason that the neutral is fused is for the early stages of earth leakage. This is usually caused by faulty appliances, damp, reverse shorts or any other problem that may cause electricity to travel down the neutral line.

In modern wiring you would use an earth leakage circuit breaker that is more advanced than a simple fuse and can be coupled to a lightning breaker if your area is known for lightning storms. 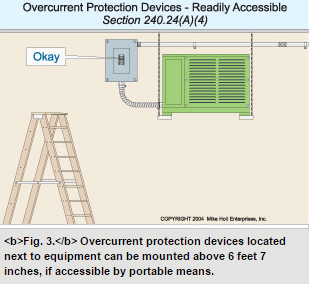 This is typically for 2+ phase wiring and not sure how this relates to home wiring.

If its like a air-conditioner on a single phase, you would have a main switch that breaks live and ground but the breaker is in the distribution box.

I am unaware about the requirements for a fuse on the neutral. Like I said, the DB will have a surge protector, if any thing weird happens, like GND-GND leak, Live Short the entire Neutral will break too. Otherwise only the Live supply will trip on current overload. It is still required to have an isolation switch near every device any way.

*Obviously this is all scratching the surface here and should not be done with out approval of electrical engineers. US and EU standards vary allot so I have since stopped answering these questions. And any way the op is talking about 1860 house where there were no standards. *

Not the answer you're looking for? Browse other questions tagged electrical safety fuse-breaker or ask your own question.

4
How can I diagnose disturbing voltage potentials?
0
Why does my Central A/C Keeps Blowing its Fuse?
2
How can I determine if there is any damage to the conductors of a circuit?
1
Can I install a sub-panel with no ground to the main panel?
2
Need advice about rewiring detached garage
0
Two Breaker panels, one transfer switch?
4
Understanding the wiring of 2-Pole Quad Circuit Breakers
2
Why would I have i lost one leg on 240 after maintenance guy changed 100 amp disconnect at the meter
6
Risk of bonding neutrals and grounds in sub-panel