How do I find the valves on a toilet with hidden pipes?

I just came back from holiday to find that water was pouring constantly through my dual-flush toilet, as though it's on permanent flush. A little tinkering revealed the shut off valve is broken - so no matter where the float is, the cistern continues to fill.

Apparently this apparatus is called the Bottom Inlet Valve and isn't too difficult to replace.

Anyway, the toilet is also supposed to apparently have a shut off valve, as this is standard on all modern toilets. Even if I can't do the work myself, it would be useful to shut this off when not in use to stop the noise and waste water.

The problem with all of this is that all the internal plumbing on the toilet is concealed. There's not even any visible screws to put in the toilet seat. Nor is there any panels to remove that I can see to get at the pipes.

There are just two screws, just above floor level, one of either side of the toilet. I have removed these, but nothing has come lose or started to shift. I Can't see anything that would just "come away" - the whole bowl of the toilet looks like a solid block of porcelain.

How do I get to the pipework on my toilet, to see if there's an turn-off valve or find where the bottom inlet valve screws in to the cistern?

EDIT: Some pictures of the cistern mechanism and the outside of the toilet. I'm not just interested in isolating the water. I need to find the inlet pipe itself, so I can disconnect the faulty valve. 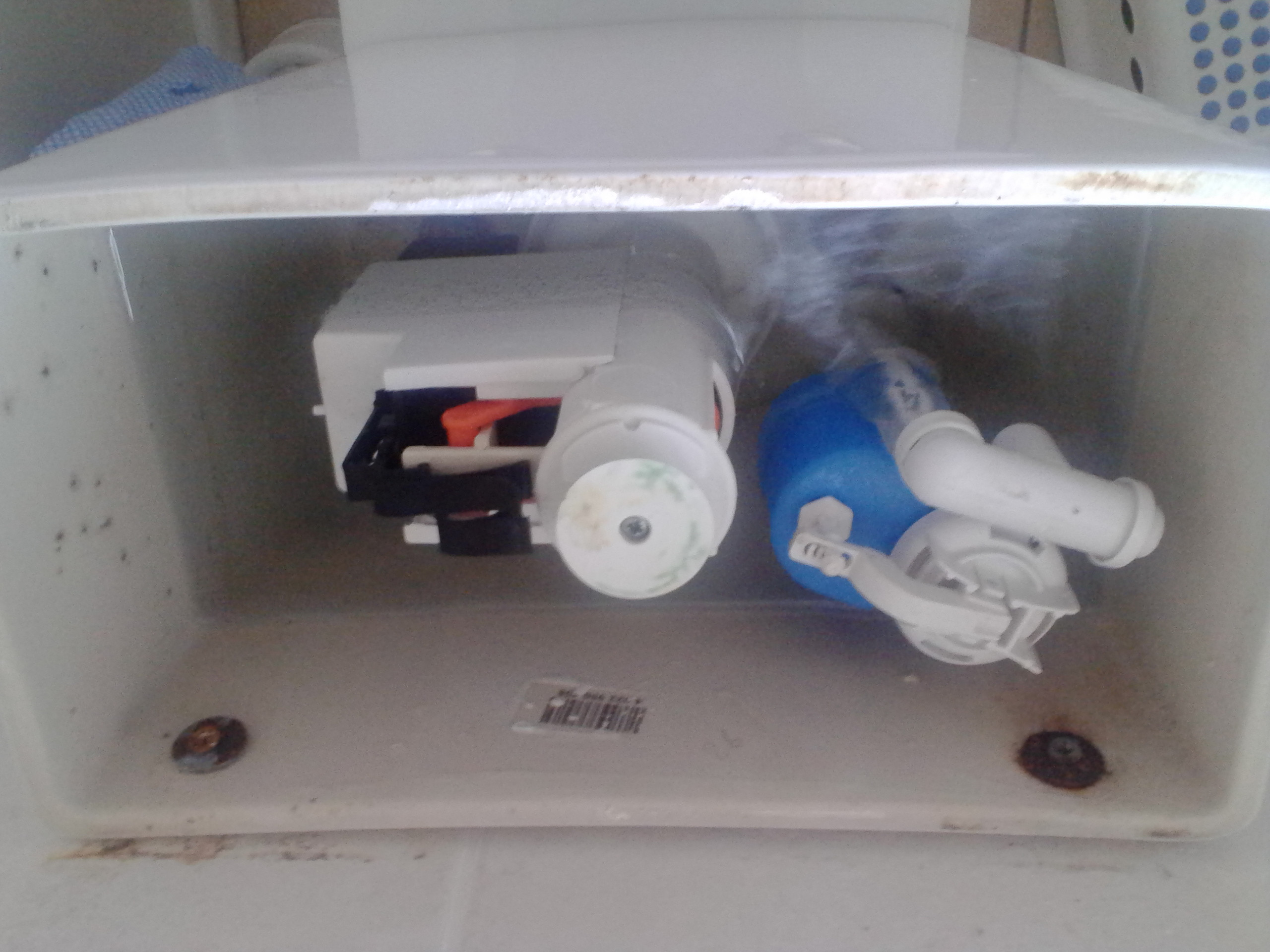 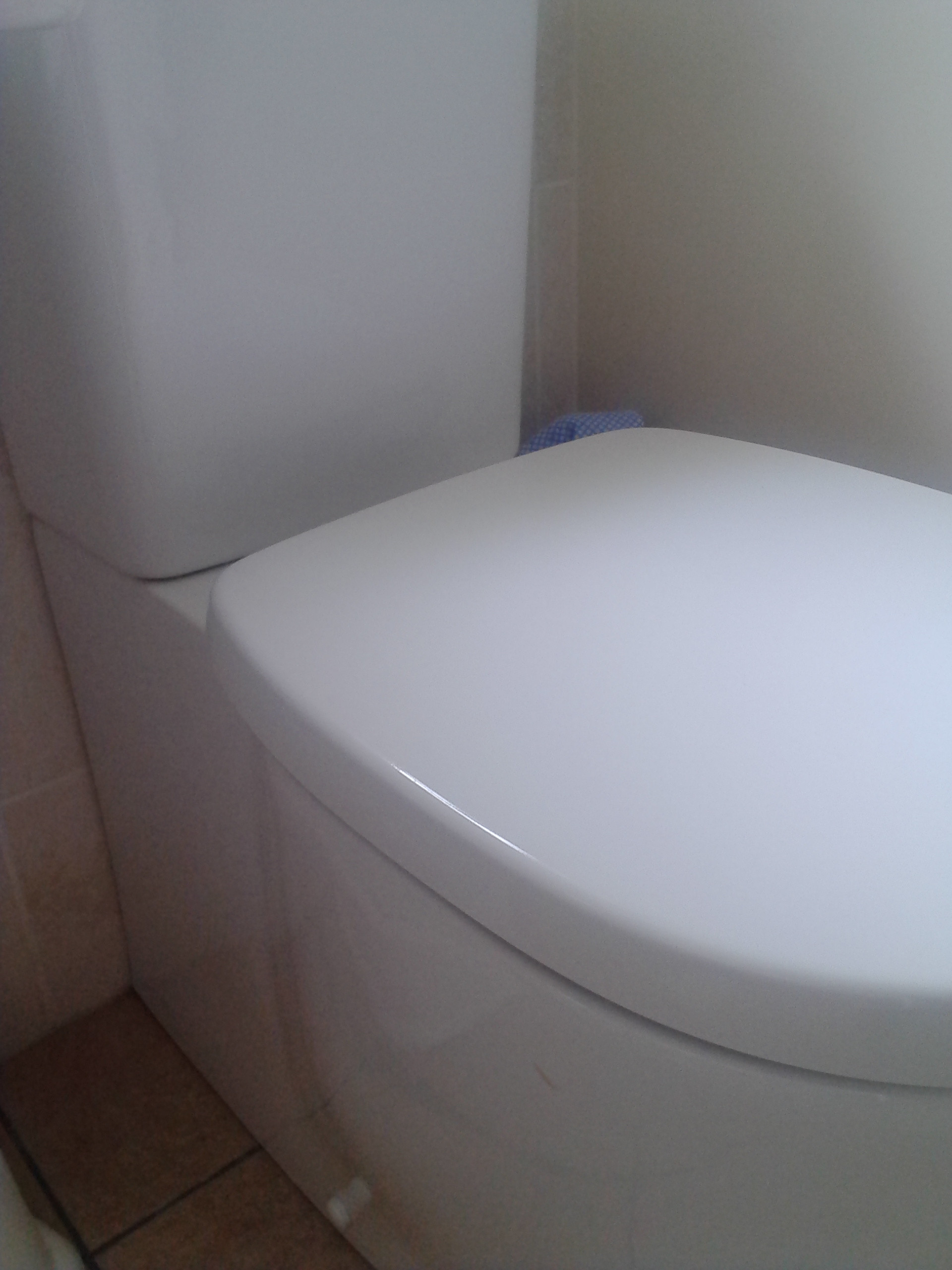 I believe that your statement "the toilet is also supposed to apparently have a shut off valve" refers to rough plumbing and NOT the toilet. I am not aware of any toilet with a shut-off valve inside the toilet. If you don't have an external shut-off valve close to the external supply hose/pipe that connects to the toilet tank, you may not have a valve. In this case, the only way to turn off the water supply for the toilet is to find another valve on this system- most likely the whole-house valve, like keshlam suggested. It is unlikely that the shut-off valve is in the wall.

This image is a good example of a toilet shut-off- valve: 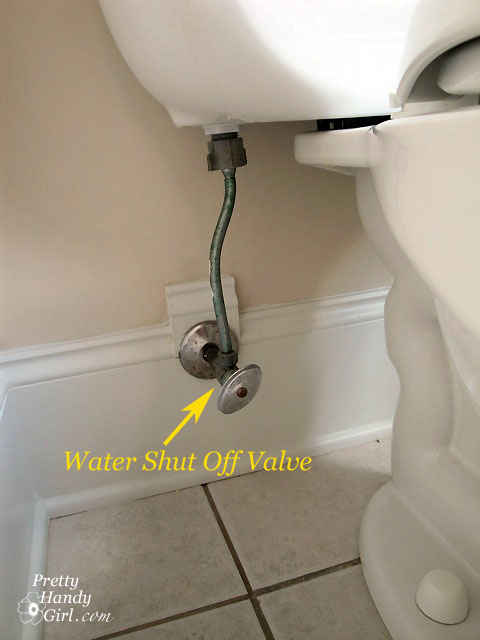 I do not know anything about american toilet systems, but in Europe the shutoff valve is usually located directly inside the flushing tank of concealed flushing systems.

You get there usually by removing the cover of the flushing lever/button. For this purpose in most cases a snap-fit mechanism has to be overcome.

I can imagine, that the valve was inside the tank of all concealed flushing systems all over the world, because it directs any water from a broken valve or pipe into the toilet and not into your house's structure. Of course, just a suspicion.

Pictures of a european concealed flushing system and its repair

After having seen the OP's pictures, I have to concede, this is far from what I described. But maybe I can add some more hints. You can see a product label on the first pic with a bar code. Could be a GTIN which you can use to find the product and an installation manual from the manufacturer in the internet. This installation manual could give other hints to where a valve could possibly be.

What I would try next is to remove the two screws holding the cistern and very carefully pull it away from the wall, with little force and only a few millimeters. Then I'd try to look behind it with a mirror to see, where the pipe is entering the wall and if there are other mounting devices.

Bit late for the OP, but mine's through a cap here. I'd imagine his is in the same place, perhaps on the other side. If there's no cap, maybe the base needs pulling out. 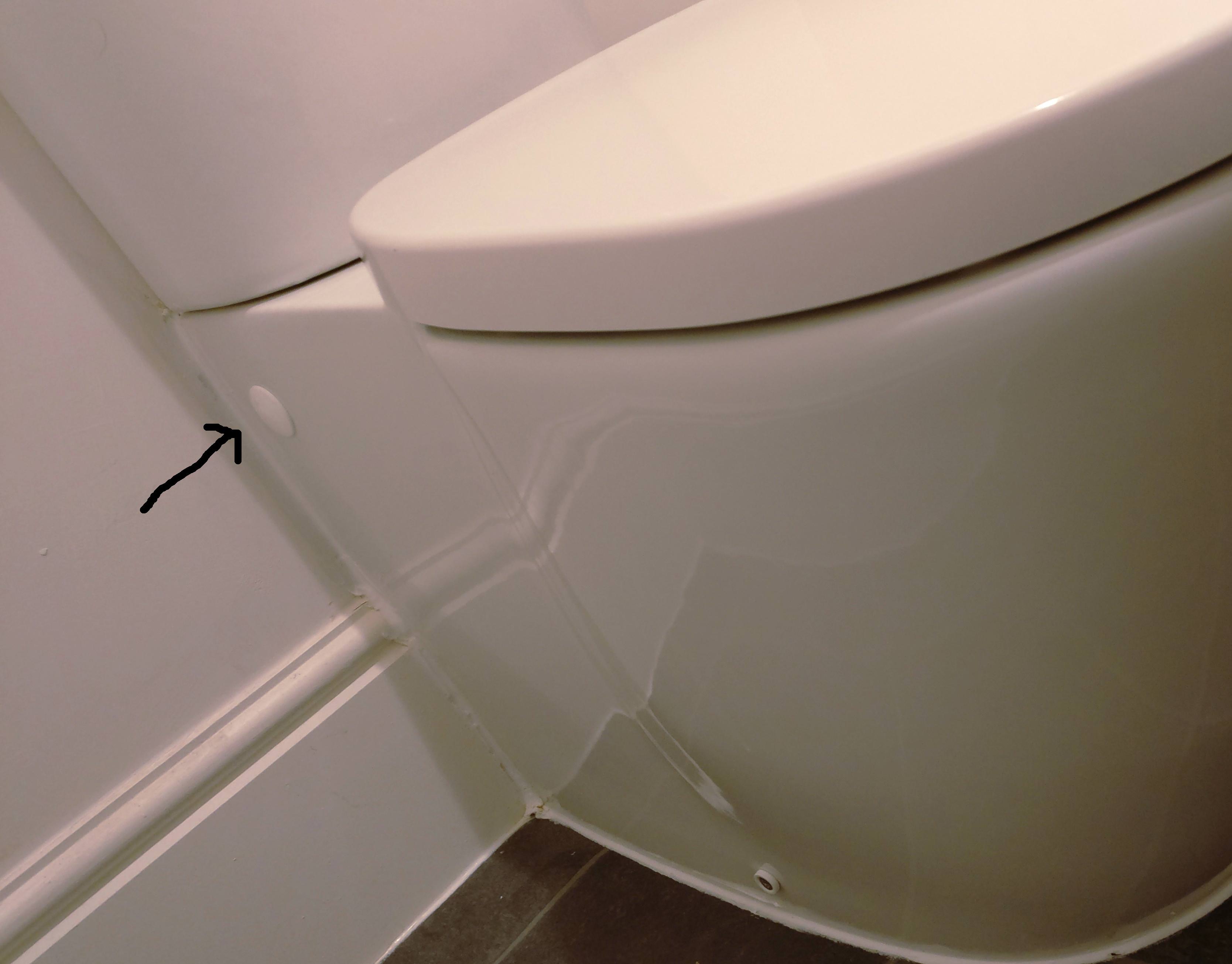 2
Is my toilet refill issue more likely a problem with the fill valve or supply pipe?
1
How do I deal with a leaking toilet cistern inlet pipe?
5
Why does this toilet fill valve leak around the top?
1
Can I use a "universal" flush valve (or different brand) in my Kohler toilet?
1
Replacing Ceramic Toilet Cistern
0
How to fix toilet with multiple leaks
0
Toilet intermittently continually fills
1
Toilet leaking, possibly related to loose screws?
1
Replace valve/washer/nut/seal for toilet cistern water inlet leaking where nut meets porcelain?