disclaimer, this is my first attempt at doing any type of electrical work, so apologies in advance for any wrong terminology :)

I attempted to install a new Honeywell programmable thermostat. When I was in the process of taking down the old one (Lux), I noticed that there was no C wire, but that there was an extra blue wire coiled around the other wires, see below:

Per the Honeywell instructions, I found that you could use the extra wire in place of a C wire, so I continued on. But then, I got to the part where I needed to switch out the wires on my HVAC unit in the basement. When I got everything apart and took a look, I was a little confused by what I saw:

Does anyone know what that wire going into the C port is? It is definitely thicker than any of the other wires, and doesn't appear to be the same red wire in the RH port that was found on the thermostat. It does look that there is that extra blue wire coiled around the other ones, but am I able to plug that into the C port upstairs at the thermostat, and also into the C port at the HVAC unit (with the existing red wire)? Or do I need to run a whole new wire? 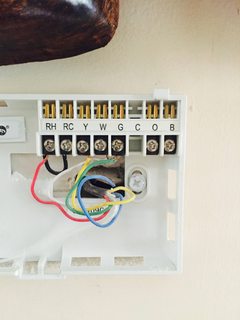 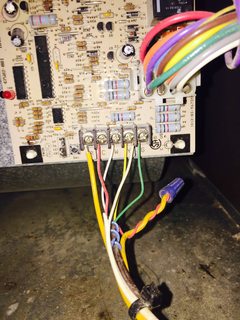 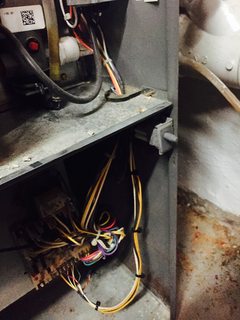 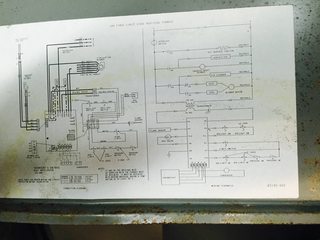 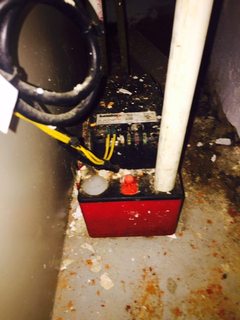 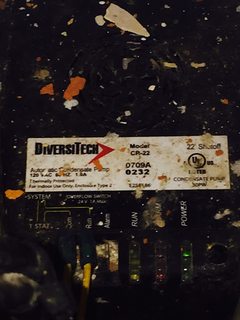 The red wire that is currently on the C terminal, runs out to the coil on the contactor in your condensing unit (A/C). You'll notice the white wire from the same cable is on the Y terminal, which connects to the other coil terminal on the contactor.

Technically you shouldn't put two wires under a single screw terminal, but it's done quite a bit with HVAC control wires. Simply put the blue wire under the C terminal, and connect the other end to the C terminal on the thermostat. Then you should be in business.

Based on the information you've provided, the wiring seems to look something like this... 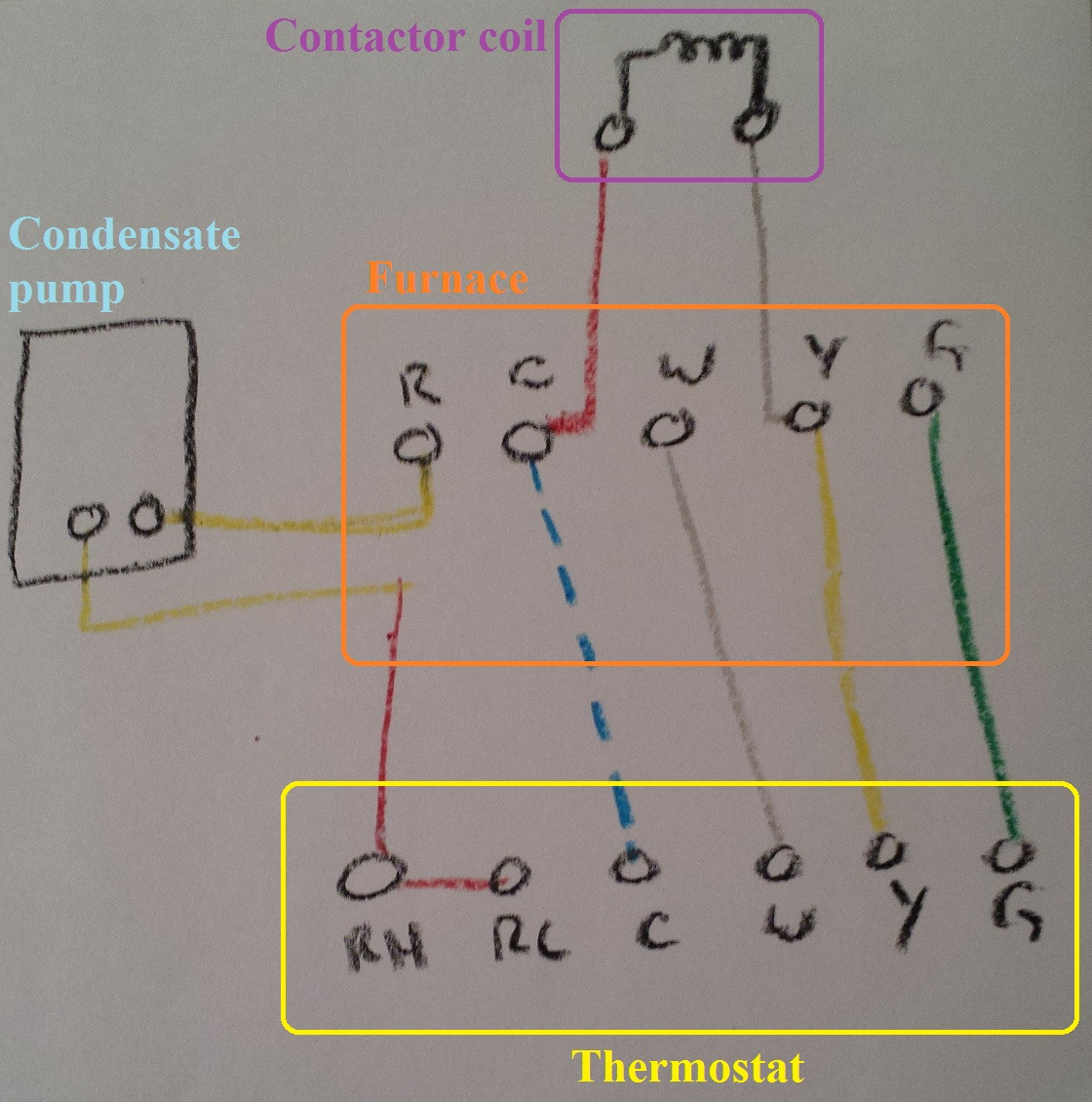 The blue dashed line should represent the unused blue wire in the cable.

The installation instructions for the CP-22 condensate pump, shows the unit being wired off the Y wire between the thermostat and the furnace. 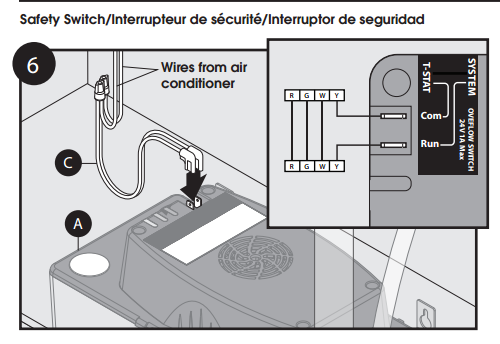 Presumably, this is so the pump knows when the A/C is on. In your situation, it's wired off the R wire between the furnace and the thermostat. I'd speculate that the installer wanted the pump to always be active, as long as the furnace had power.

I can't say for sure that this is what's causing the problem with the C wire not working, but it's definitely something out of the ordinary. Without a multimeter, there's not much troubleshooting that can be done. If you had an HVAC technician on site, they would likely be able to install the thermostat. Unfortunately, it's difficult to do this type of work over the internet.

Not the answer you're looking for? Browse other questions tagged hvac thermostat thermostat-c-wire or ask your own question.