How can I keep animals out of my chimney?

I own a three story house with two chimneys. The chimney in the center of the house has two flue liners, one of which is used by our hot water heater and the other was for a fireplace that is sealed in by drywall, thus no longer in use.

Last winter a bat got into the center chimney and stayed for a while. Last month I heard a short blood curdling scream in the night, which I assume was a small animal being killed and eaten in the chimney, possibly by an owl. Although, I tried to let my wife think that the sound was coming from outside the house, but the chimney goes right past our bedroom.

Long story short, I need to put something on the chimney to keep birds and other animals out. I can get to the chimney by leaning a ladder on the back roof of the house over the addition. I was thinking about putting a stainless steel chimney cap on and sealing it with roof sealant. Is there any reason why this would not work? Is there something else that I should do? 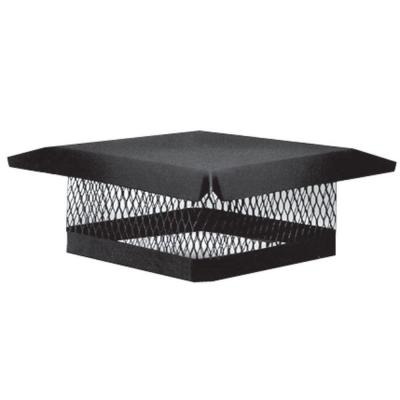 These come in a variety of sizes and shapes. They keep out most rain and snow and, most importantly, animals.

You should attach any cap with stainless screws and lead anchors. Sealant is not a big issue, since there is no need for air or water tight joints. While sealant might hold in most conditions, strong winds could rip the cap off if it is not mechanically attached.

In the UK we fit all our chimneys with a 'cage' or 'balloon' made from strong wire formed into a ball (other decorative shapes are available) with long stiff legs that are pushed into the chimney pot to hold it in place. 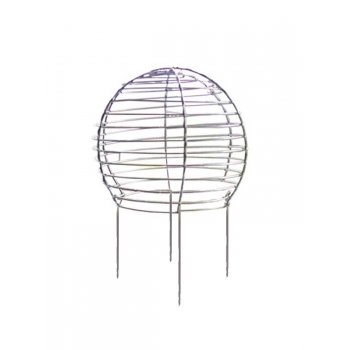 The ball shape prevents large birds from building nests on top of the warm flues, ironic since most folks around here call them 'bird cages'!

Not the answer you're looking for? Browse other questions tagged roof chimney or ask your own question.

7
How to properly seal/cover an unused chimney?
2
How do I make a fire break around our chimney?
4
How can I add a fireplace to an existing non-fireplace chimney?
0
Roof Safety: how to clean gutters on high steep roof?
2
Chimney cleanout full of water. Basement leaking
0
How tight a fit for a chimney liner?
2
Remove fireplace leave metal chimney on roof