How do I properly wire this outdoor junction box?

I have an outdoor junction box mounted on a 4x4 wood post containing the wiring for an underwater light in a pond, an underwater light in a spa, and two GFCI outlets. Unfortunately, the box was installed 12" from the ground but due to the fact that the post is "downhill" from the pond, it is not high enough from the water level so water in the pond light conduit (which I gather is normal) will reach the box when the pond floods. This has only happened once but it shorted everything out and needs to be repaired if North TX gets another season of pouring rain. There is room to move the box high enough on the post to meet code. However, an electrician came out to repair the outlets, saw water in the light conduits and drilled holes at ground level to let the water out. Now, the Koi pond drains into the yard. He also moved wires around so the two underwater lights no longer work. I think I can carefully cut the pvc conduit below the electrician's drainage holes and install a new junction box and conduit at a more appropriate height without too many issues. However, the wiring has me confused.

I think the issue might be that the neutral wires from the lights are only attached to each other. Shouldn't they also be attached to a neutral going back to the circuit breaker box? (The box shuts off with a double breaker switch - two switches with a bar attached so they act as one). Does it make sense that the lone white capped wire is the neutral that I need? Any idea what the yellow wire is for? 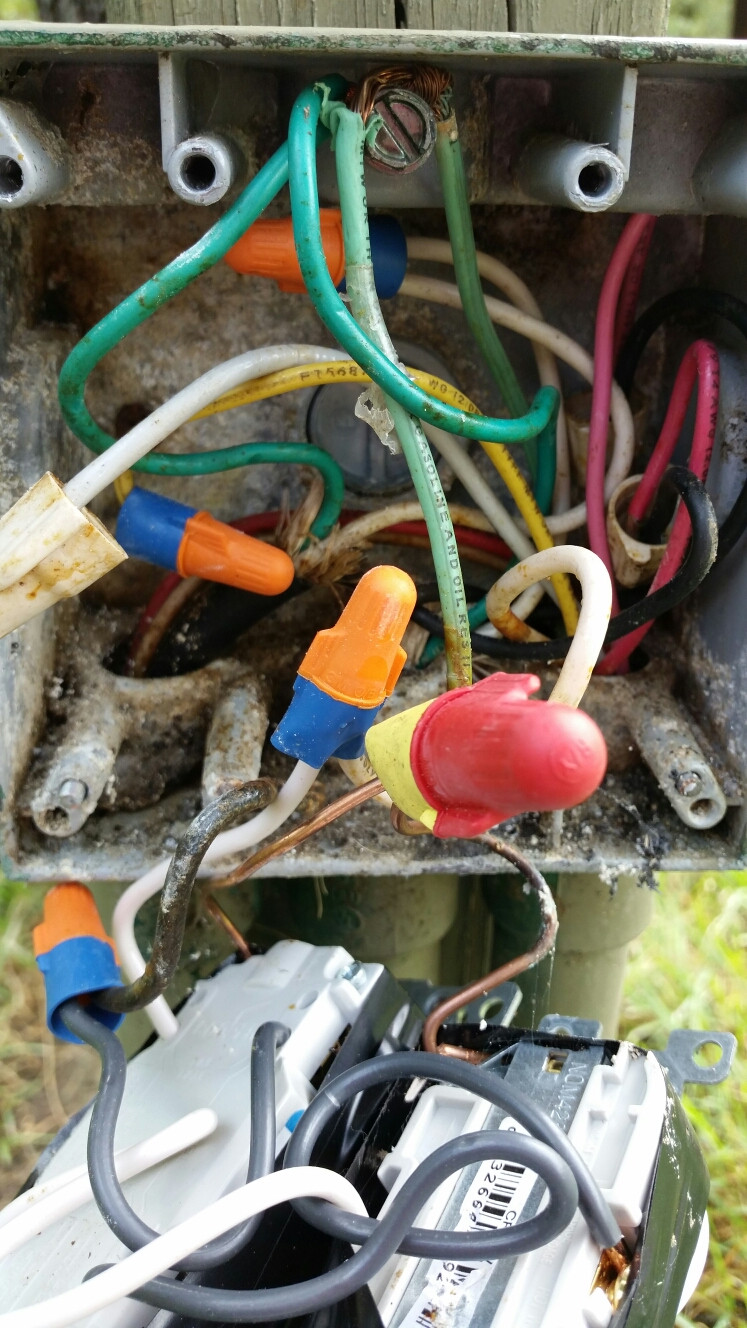 From experience an extra wire with a different shield color might indicate it as the "Positive" wire in a circuit (or Hot). The electrician may have been planning ahead and to save time ran the extra wire. What I would do is to pick the most likely route of the yellow wire starting from the opened junction box. I believe you said there was a spa circuit included in this box; start there. I'm guessing that the yellow wire my be for the spa motor. Possibly a speed or rotational direction setting. Or an accessory that has been removed. Either way a safe accurate diagnose/ repair includes a DVM.

Not the answer you're looking for? Browse other questions tagged electrical lighting outdoor pool or ask your own question.