I have a slow-filling toilet, and it looks like a common fix is to clean out the fill valve. For some types of fill valve you just push down and turn to take it apart; this one, apparently an R&T A1250 or similar, I don't know how to take apart. I'm on the verge of giving in and calling the plumber, but if one of you fine folk happen to know what to do I may try doing it myself. Here's a picture of it.

I have an R&T A1260, which looks very similar. This is how you open it up. At the bottom, you'll see a little pull tab. Pulling on it will remove a filter.

The top has a blue cap that can be lifted by the two protrusions. 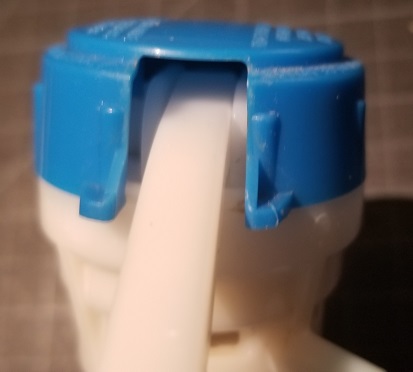 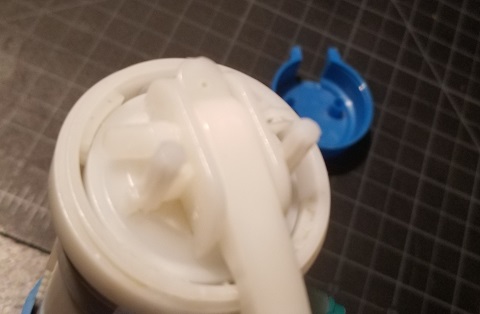 There is a horizontal pin here that you can remove with a pair of needlenose pliers by simply pulling it out. 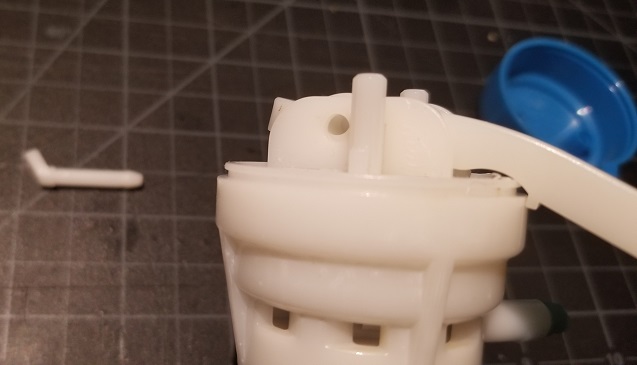 This frees up the water level adjustment arm, which you can set off to the side. Now you want to rotate the whole top part so that the groove that held the adjustment arm rotates to align with the green overflow tube, which is about 15° counterclockwise. Take a pair of standard (not needlenose) pliers and grip the two raised walls that contained the adjustment arm, push down into the shaft and turn. This unlocks the top of the mechanism so you can just remove it. 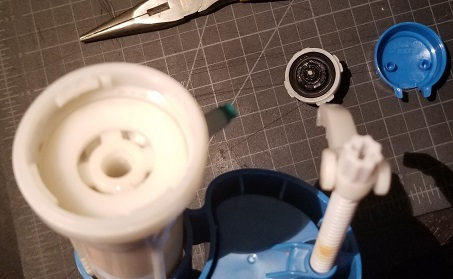 With your needlenose pliers, grab the inner plunger and lift it out. 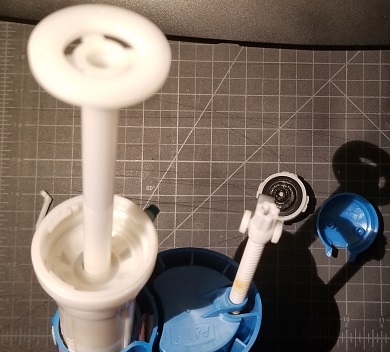 When it stops, gently tug on it with some more force. There are some O-rings that give some resistance but you should be able to overcome it easily. This pops the whole plunger out, finally exposing the inner chamber of the shaft. 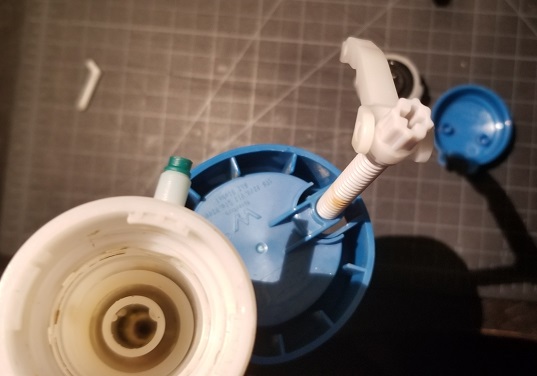 In my case, I found a piece of metal that had blocked the inlet. It's otherwise in good shape, except perhaps for the worn gasket at the bottom. Yes you could replace the whole thing, but if you have the patience to disassemble and clean it out, you could probably get a few more years of life out of it.

I'd think if you called a plumber, they'd just replace the valve. I've fixed my fair share of toilets and I've never 'cleaned' and then re-installed a fill valve; there's no way to back that up. You'd get to call me back for free to do what I should've done in the first place; replace it.

That is of course, assuming the shut-off valve and the line isn't clogged. You could try closing it to squish any crud that may be blocking flow. If you do, you should disconnect it from the toilet and bleed it into a bucket while you open and close it a few times (that's what you should be doing if you have to replace the fill valve anyway).

I have two seasonal residences that are on wells that have the same toilet valves as the R&T valve shown in the first response. Periodically silt clogs the strainer that is inside the bottom of the valve. This clogging is the cause of the water flow being reduced. To access this strainer,