We have a working GFCI outlet in the basement near a tub that the washing machiner empties into.

What is wrong with this diagram? Thanks 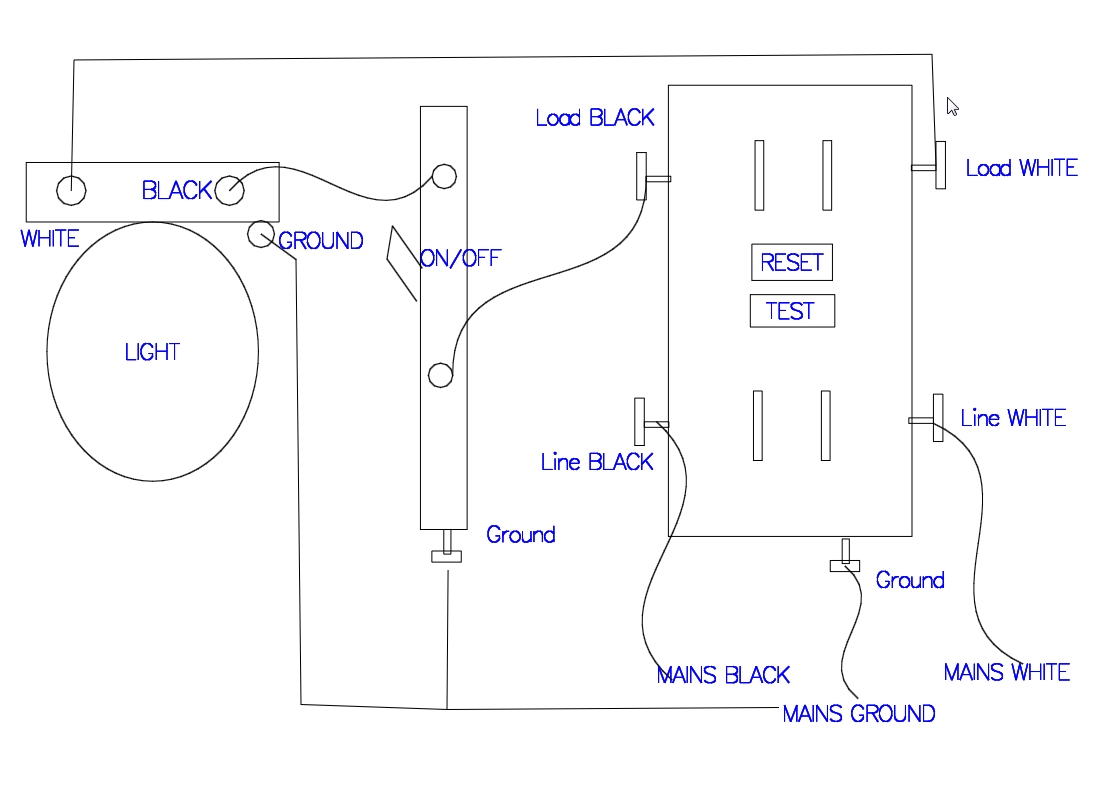 P.P.S. So, I removed the light fixture and the GFCI still tripped when power was returned from the breaker, and re-tripped when I pressed Reset. However, I tried moving the WHITE wire coming back from the (missing) fixture onto the Line WHITE connector, from its previous position on the Load WHITE connector. And now, no more tripping. The whites could be pigtailed inside the box --right?-- so this is not unsafe?

If this diagram is accurate... 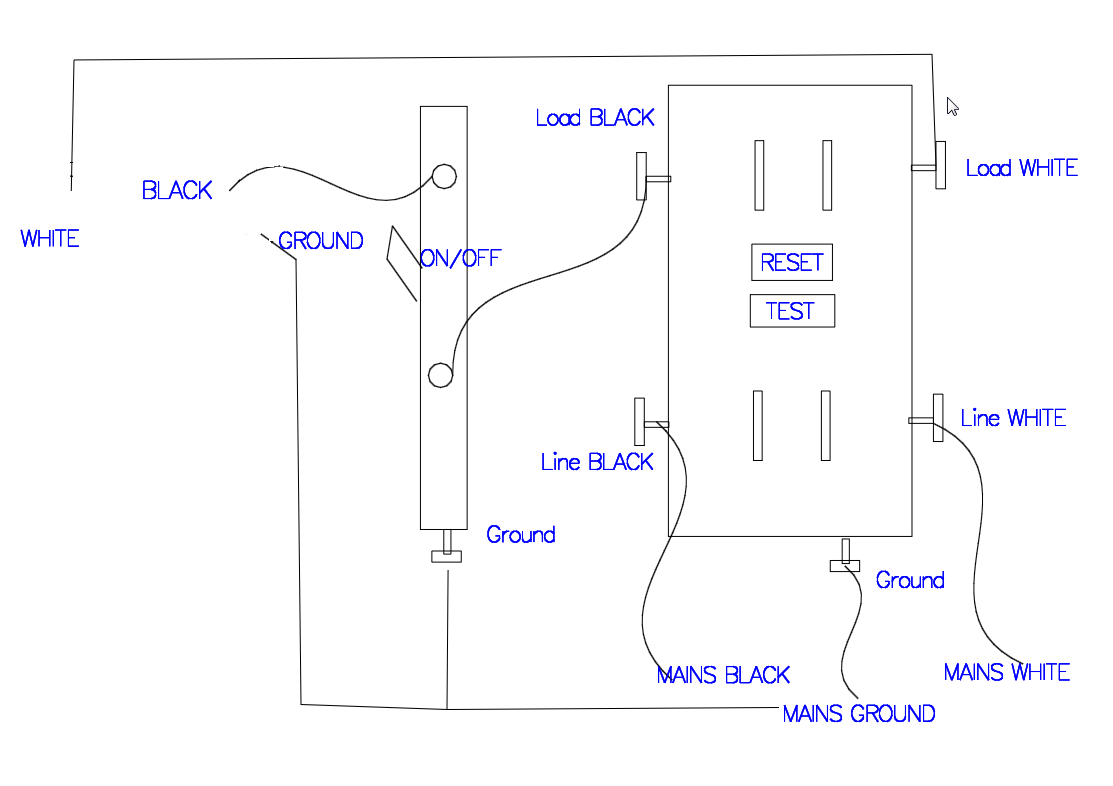 The only way the GFCI could trip, is if current was being introduced somewhere. Like if one of the conductors was shorted with a conductor from another circuit, or a different part of this circuit.

There has to be more to this situation, than the information you've provided. Simple explanations might include:

Since you say that removing the white (grounded (neutral)) conductor from the LOAD terminal fixes the problem, I'd guess that the problem lies with that conductor.

If you have a really accurate ammeter, you could clamp it on the white wire and see if there's any current on it. To do this, you'll have to connect the wire to the line terminal (as you described in a comment). You'll only do this temperately, while you're taking the reading.

Alternatively, you could trace the wire and look for damage, or interconnection with other wires.

1
How do I wire a GFCI combination light switch when power enters at the light?
0
How do I wire this GFCI receptacle/switch combination device?
6
Why is this light fixture tripping the GFCI?
1
Wiring a light fixture in bathroom attached to a switch and GFCI
2
Puzzled installing combination GFCI outlet/switch to replace switch in old house
0
Bathroom light tripping GFCI?
3
Safe to combine GFCI switch with non-GFCI switch?
14
Why did my leaking pool light trip the circuit breaker, but not the GFCI?
1
Turning on light fixture trips GFCI on a different circuit